Today was to be a rest day so off I went to kayak the river at Jenner around noon as that was as quick as I could get it going today. It took a bit of effort to get out of bed this morning. My body didn’t want to get up but I persisted and eventually got it going.

There was some fog kicking around and it was a bit overcast but mostly it was a real nice day.

I headed on up the river along here taking it easy and stopping often. 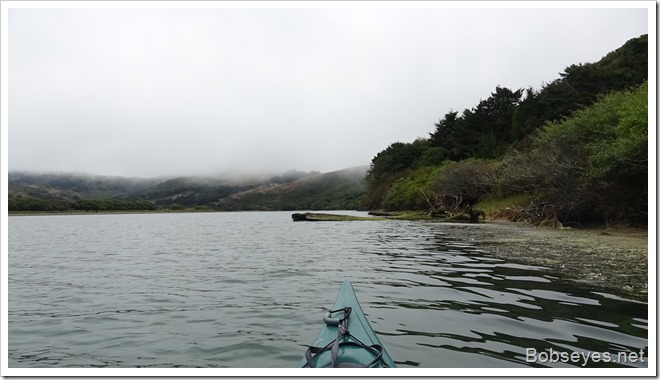 I stopped in this spot for a bit before continuing on to the bridge. 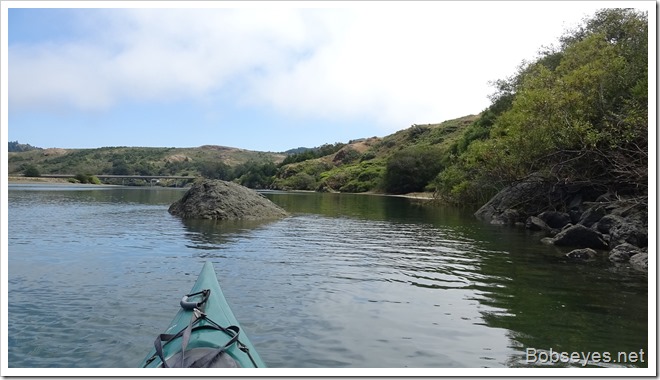 And I stopped in this spot by this old lumber from a real old lumber mill that used to be here before 1900. 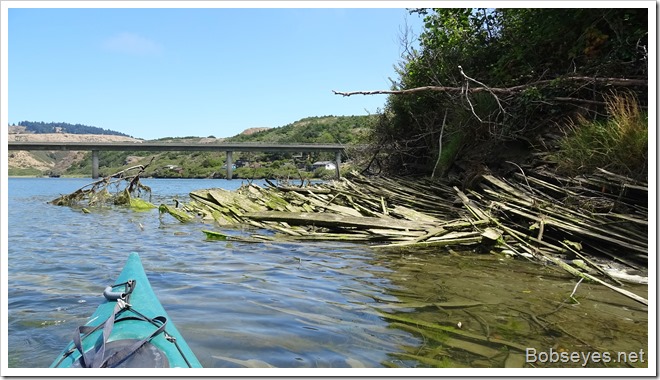 The bridge was as far as I was going today so I sat under it for awhile. 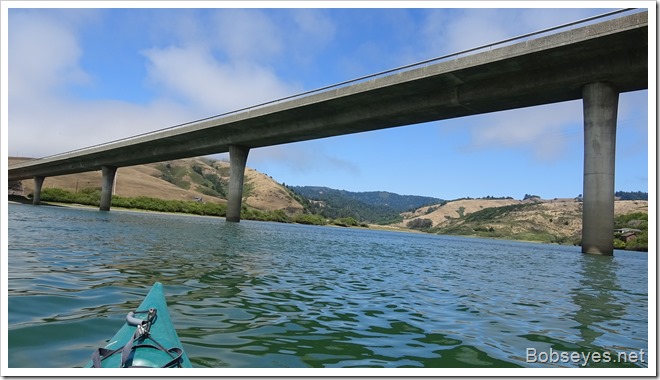 This great white egret was sharing the spot with me until it squawked and took off. 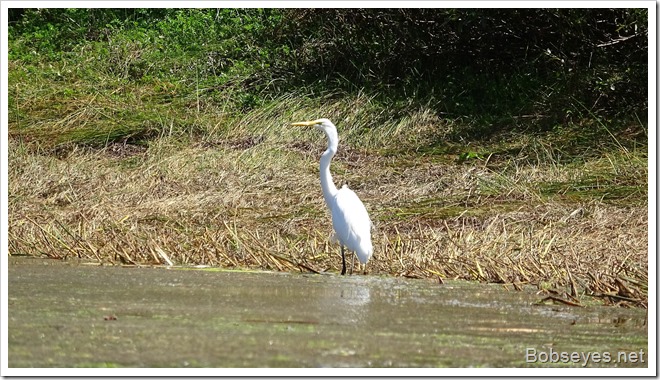 Back down the river

Eventually I started back down the river going along it’s shoreline. 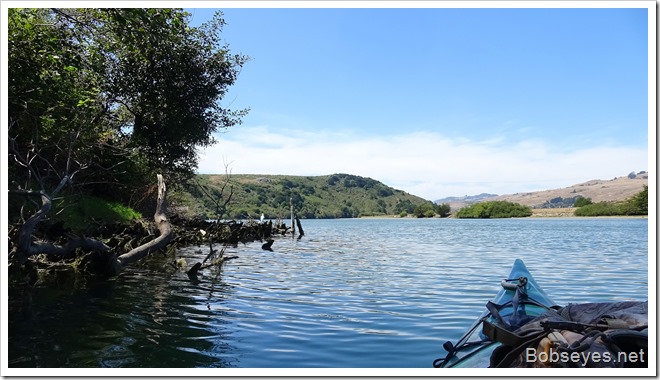 Some big birds showed up which turned out to be brown pelicans and they were fishing, diving on fish. 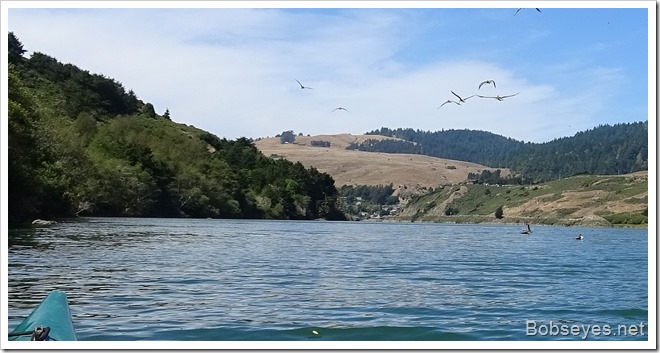 Across the river by Paddy’s rock there were all these birds resting on the gravel. 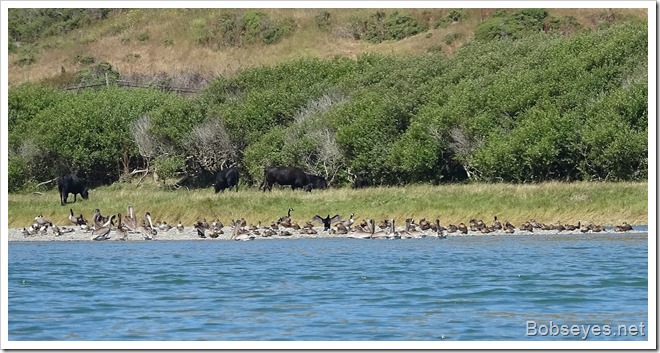 I stopped here in this spot and was watching some splashing going on across the river. 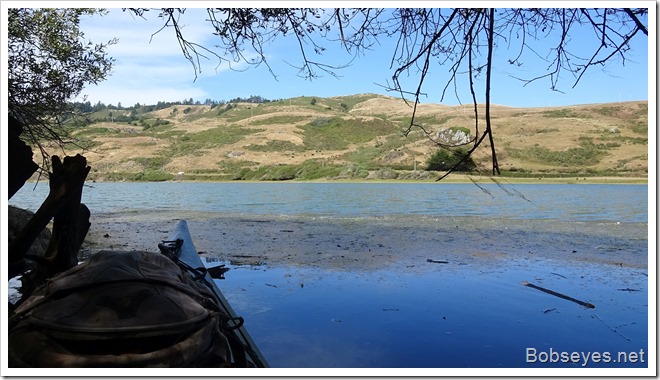 The splashing turned out to be the brown pelicans diving on some fish. See the splash in this picture. You have to look closely, just like I did. 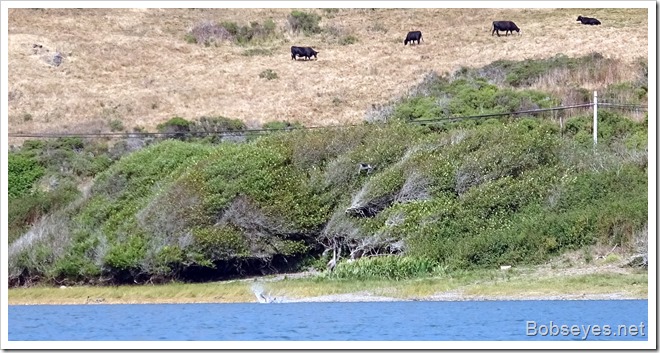 These pelicans were in my path as I paddled on in to the boat ramp. 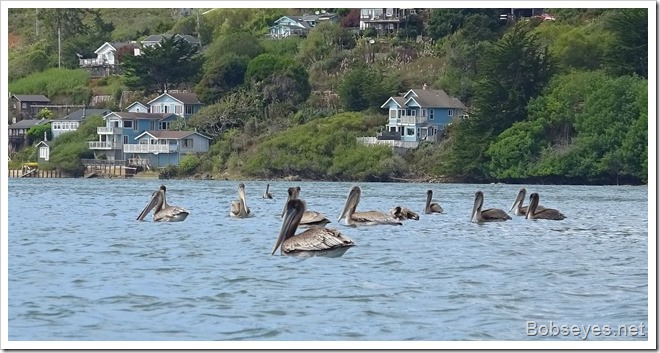 And I went by these guys which I got pretty close to as they didn’t seem to mind me much today. 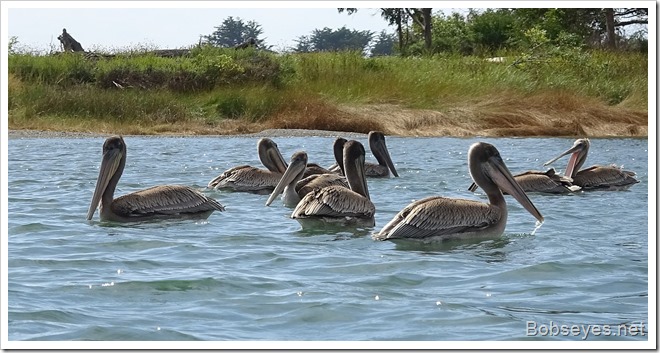 When I arrived at the boat ramp I tried to get out of my boat but the ol body just didn’t want to do it as it hurt when I tried but I persisted and worked my way out of the boat hurting a bit. Maybe I shouldn’t work so hard eh.

I went on home were I was going to do a short nap which turned into a long one.

Late in the evening I went outside and hunted up some  materials for the spring project I’m working on and mostly sat around resting up.

1 Response to Jenner Kayak, Brown Pelicans and My Ol Body