I wasn’t sure the Jenner boat ramp was open or not yet. I thought it might be so I headed down that way to find out.

Nothing blocking the parking lot so I drove on in and backed down the boat ramp to launch my boat. There was a little wind but not much so it looked like it was going to be a nice day yakking the river. 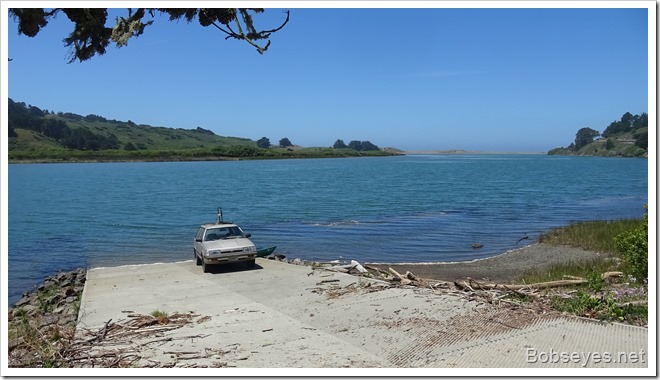 I paddled across the river to the island up ahead and decided to go down river towards the mouth area. 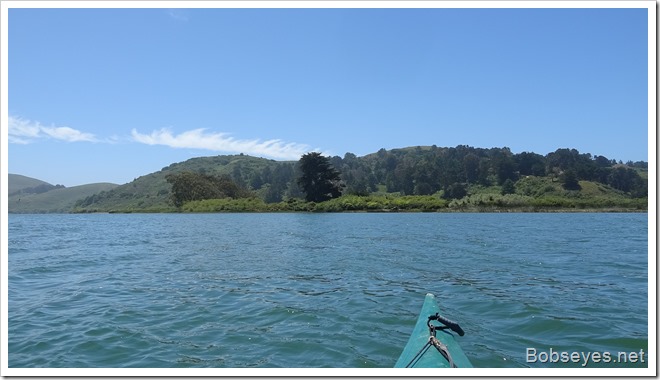 I paddled through some foam. It’s from high tide water from the ocean coming into the river but now it’s going to low tide. 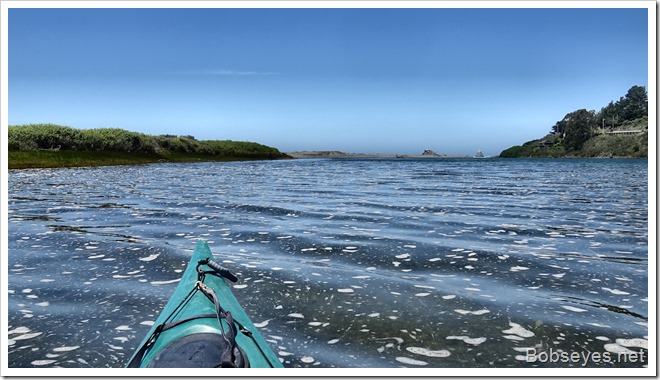 I’m headed to the ocean up ahead at the river’s mouth. 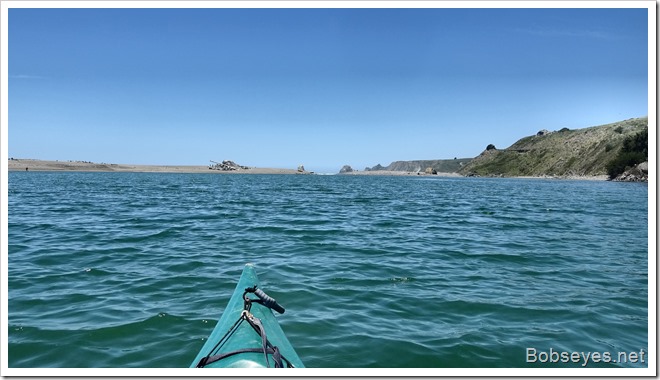 Getting closer to the mouth area where the river enters the ocean. 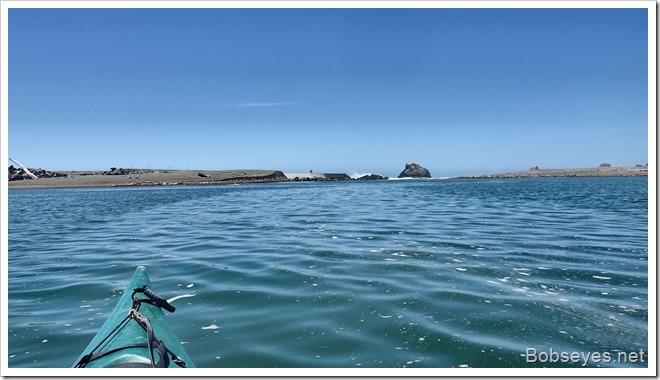 I could see a bunch of harbor seals resting on the sand by the open mouth. 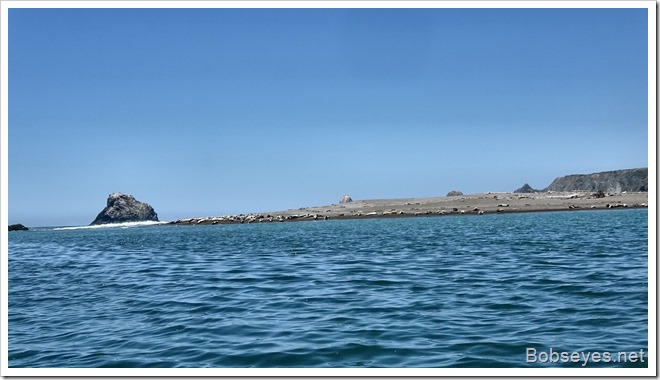 These seals were on the left. 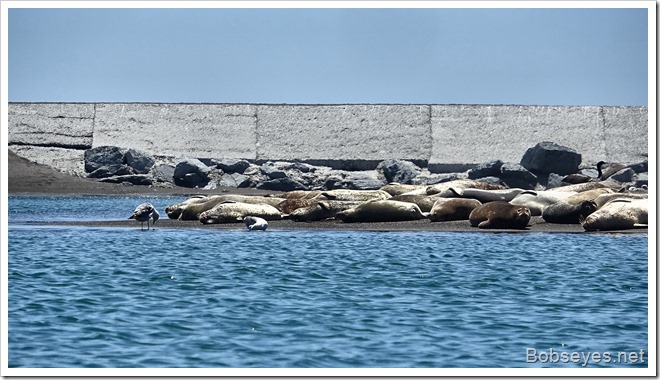 And these are some of the ones on the right with the ocean waves breaking in the background. 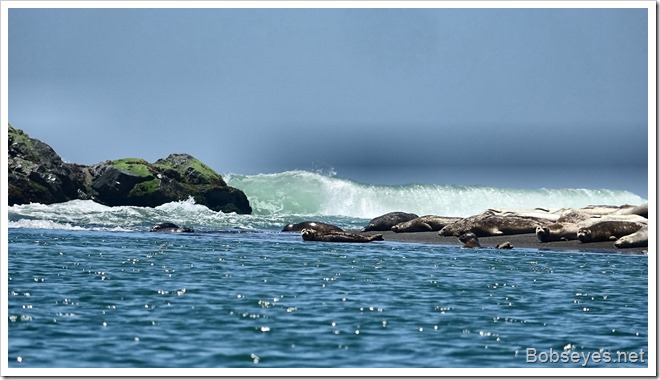 After a bit I headed on down to the end of the river, down by that big rock, which is called Haystack Rock. 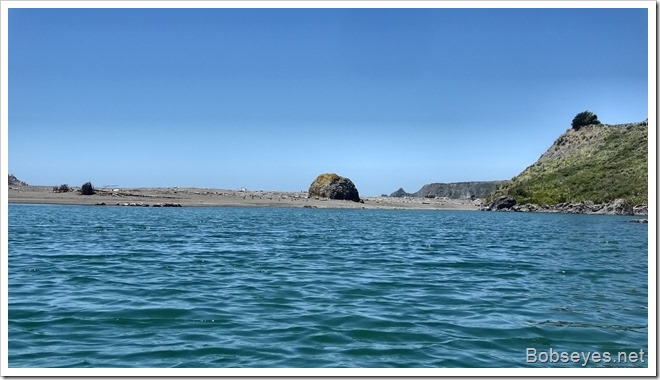 I pulled in front of the rock and sat in my boat and watched and rested. 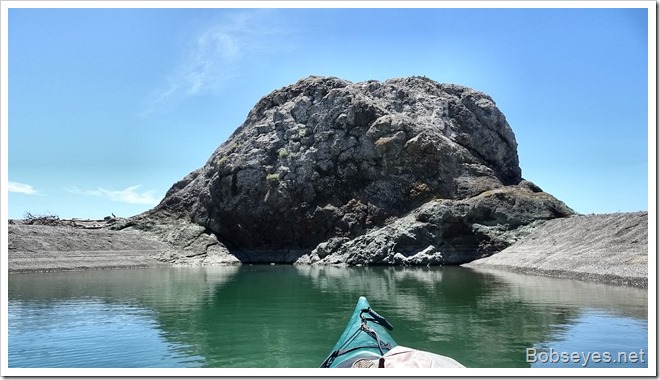 This was my view from the rock looking back up the river. 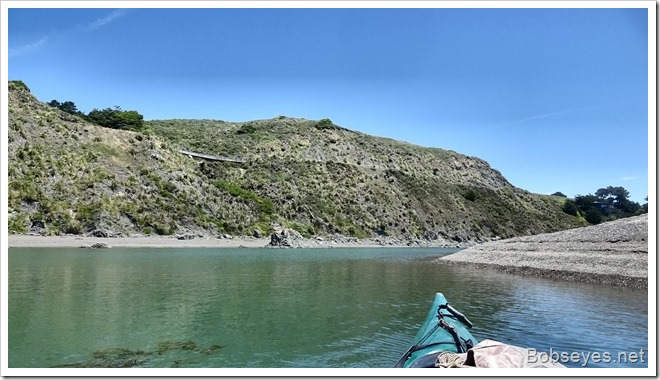 I paddled back up the river going by these seals and the hand gliders on the right. 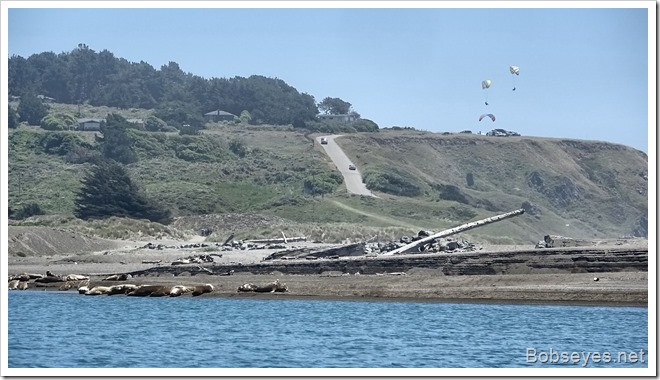 I paddled up river around the back side of the island and pulled into what I call the Slot for a good break. 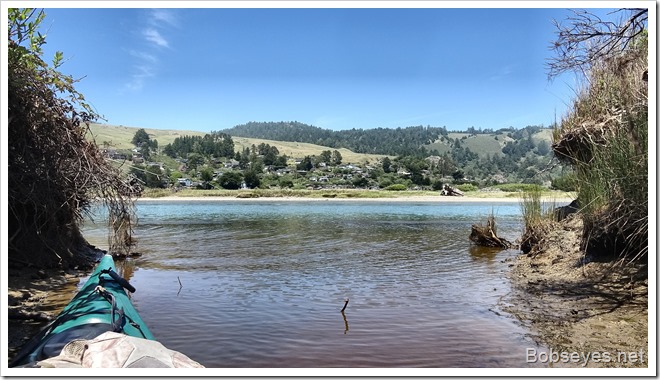 Then I moved up the backside of Penny Island and pulled into shore in this spot to see if there were any wild blackberries ripe to eat yet. 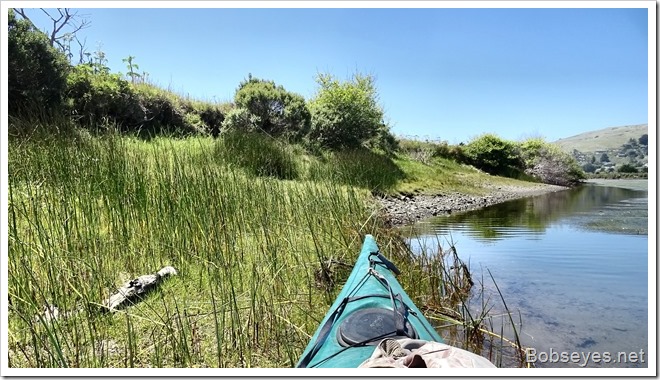 There were and I ate my fill of them. They are about an inch long and yummy. 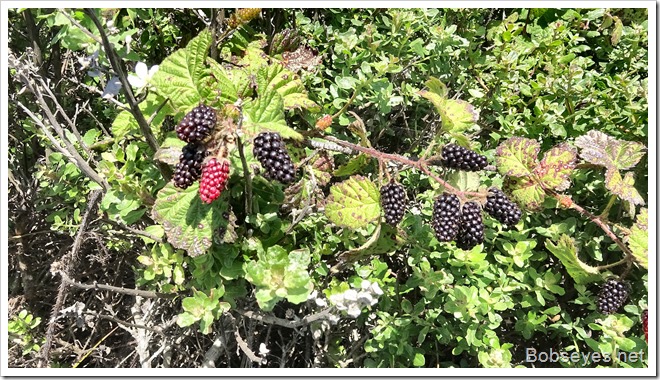 Once I had my fill of berries I went back to my boat and sat on the beach for a good while enjoying the day. I found a nice grassy spot to sit in. 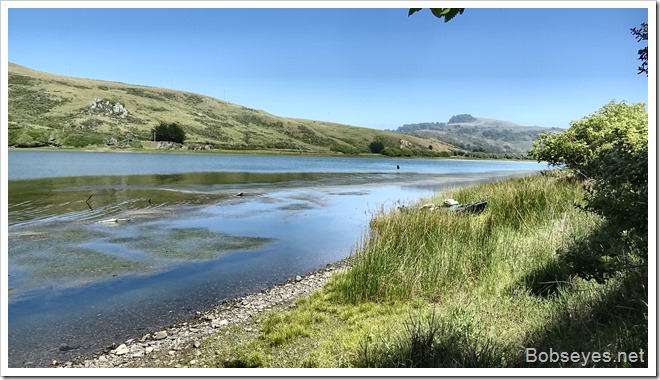 I’d had a nice day paddling around the estuary so headed on in and loaded up my yak and went on home for a break.

After a bit of a nap I went outside to enjoy the rest of the day and get a couple things done.

I let the chickens out into a garden my brother had turned the dirt with his tractor the day before and they turned it again, at least some of it. 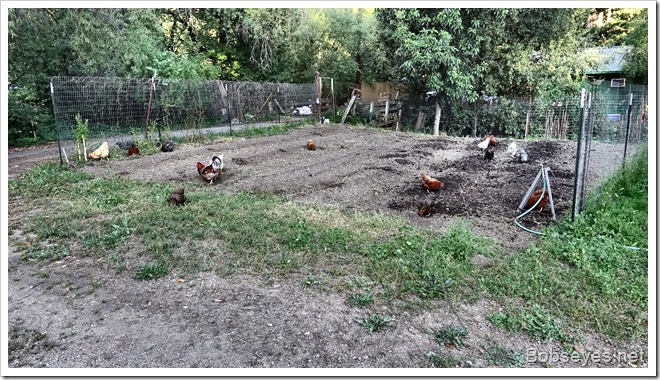 Weeds for the chicks

I’m trying to keep the little chicks in as there’s a hawk that would like to get them outside the covered pen. Some weeds were getting high in the backyard so I cut them down and put them in the chicks pen for them to eat. 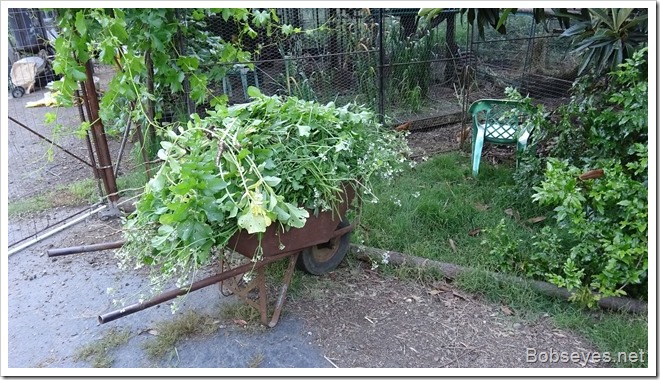 These guys moved right into the weeds and started eating and soon the smaller guys joined them too. 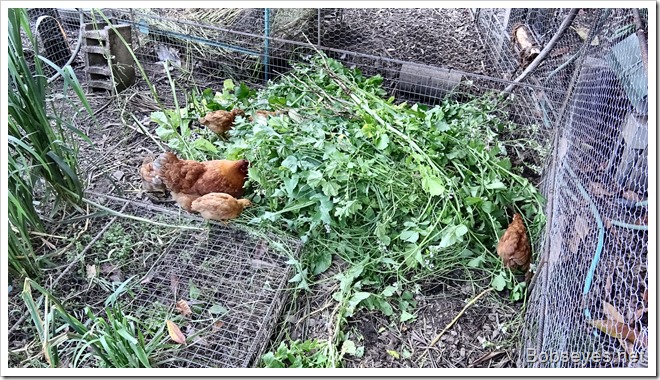 After that I installed this little chick door into a garden area I’m planning to let the little guys into. If I keep the bigger hens out of it it won’t get torn up so fast. 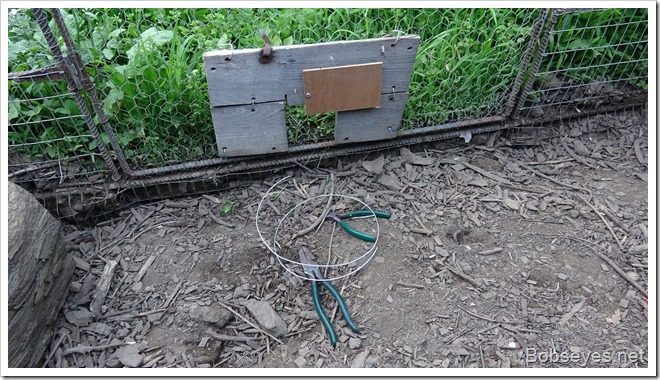 The day was just about over so I did some chair hopping until just before dark and that was it for me today.