Jeeping With the Jeepers Over McPherson Pass, Kofa Arizona

I stayed over at Patti and Marty’s place last night as they were taking off on a jeep ride with all the jeepers early in the morning.

I was going with an older guy, Dave in his jeep. He showed up on time and we drove on over to the meeting place at the 76 station down town Quartzsite. 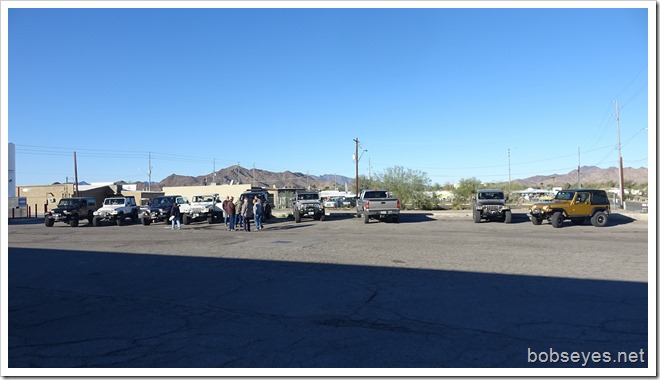 Once every one showed up and the bull subsided enough we headed out down highway 95 south for around 25 miles or so and turned left onto the southern most road into the Kofa. It may be called Dome Rock road.

The  jeepers stopped here to do what they call, air down. They drop the tires to 18 pounds of pressure for a smother ride and better going in soft sand. 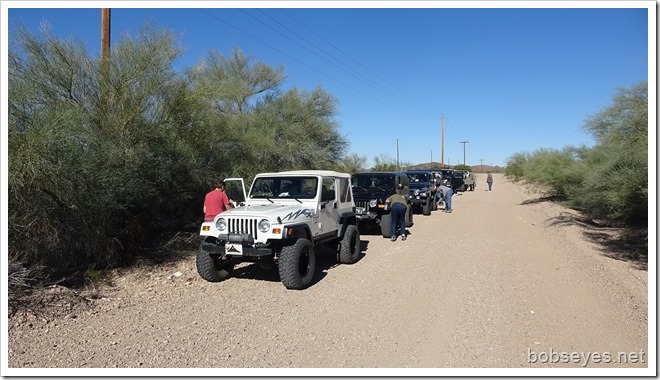 Once that was done and the bull subsided enough we were off headed to the McPherson Pass. 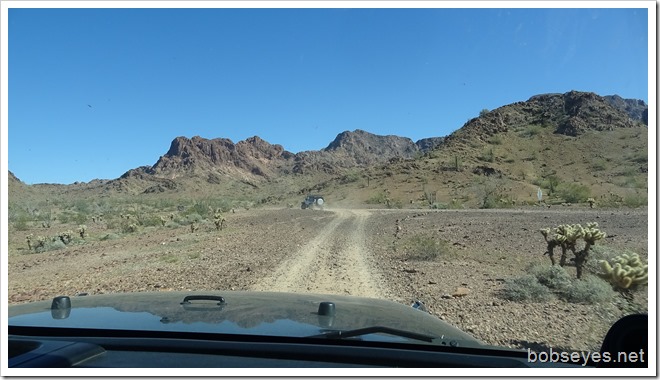 Most of the road was in pretty good shape as we traveled along. 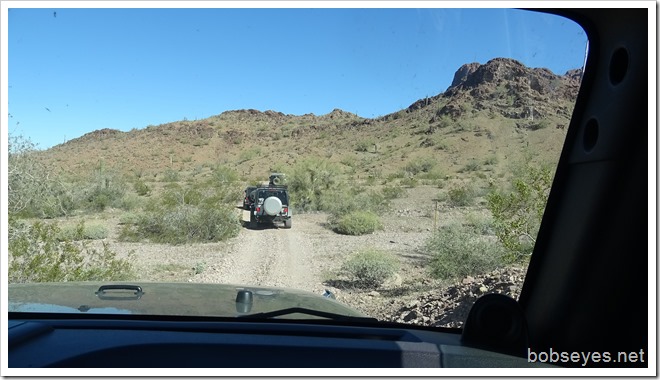 We stopped here for a short break so ever one could dump their coffee. 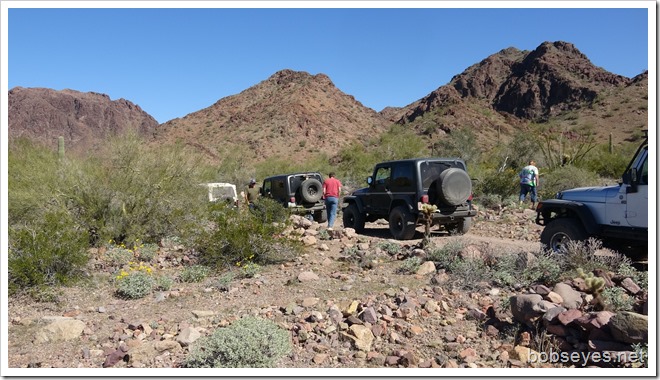 Some places were a bit rocky as we climbed up the hill to the pass. 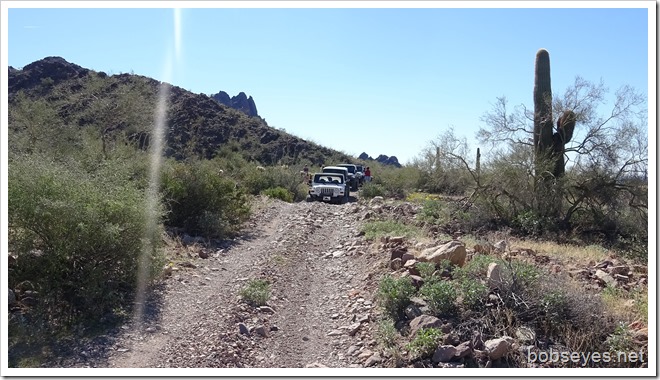 We stopped here for a bit to talk things over. 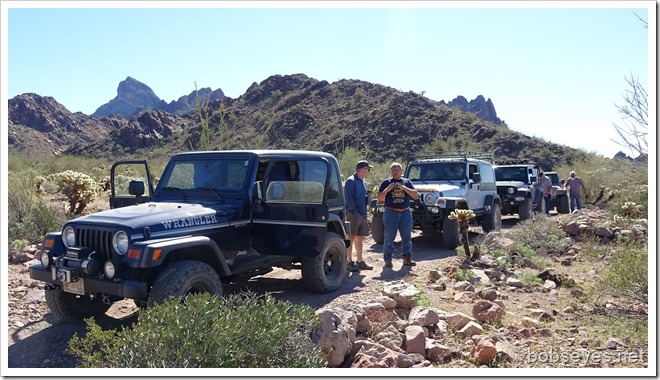 And continued on up the hill towards the pass. 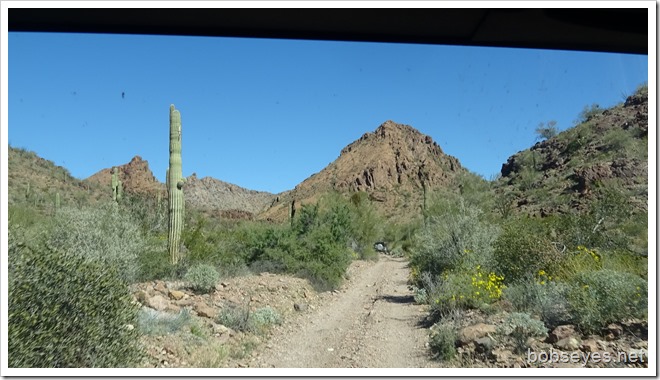 We went though the pass before we realized it and got to the other side and stopped for lunch in this spot. 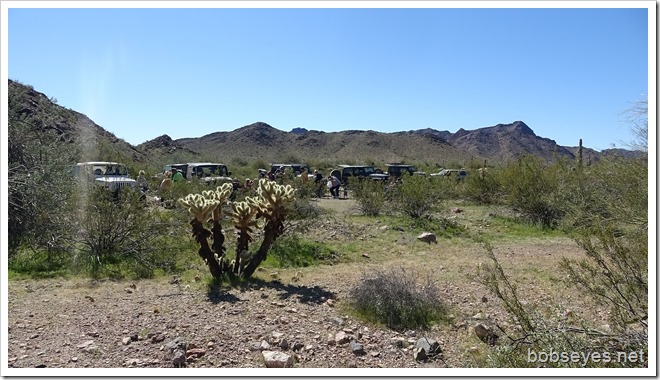 After a good break for  lunch we carried on and turned onto the Horse Tank Road where I was camped the other day. 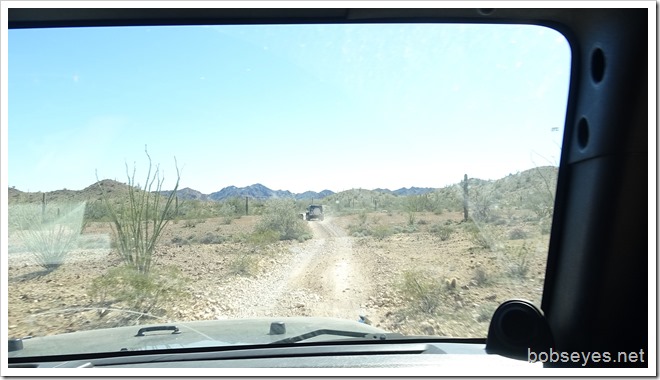 We parked here and walked up to the Horse Tank water hole. 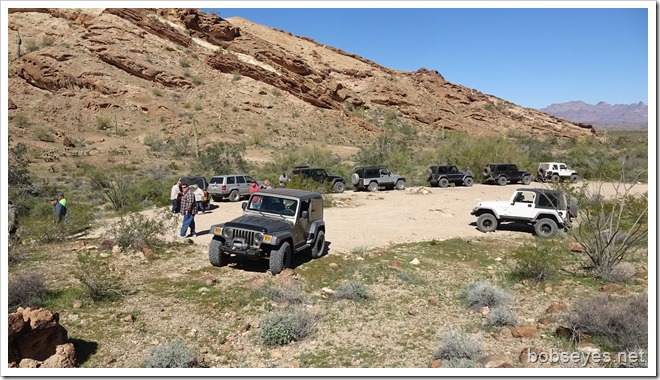 Heading up to the water hole. 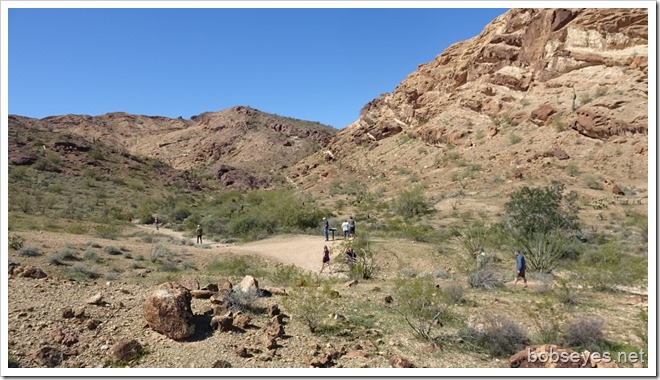 The water hole was full of water with the recent rains. 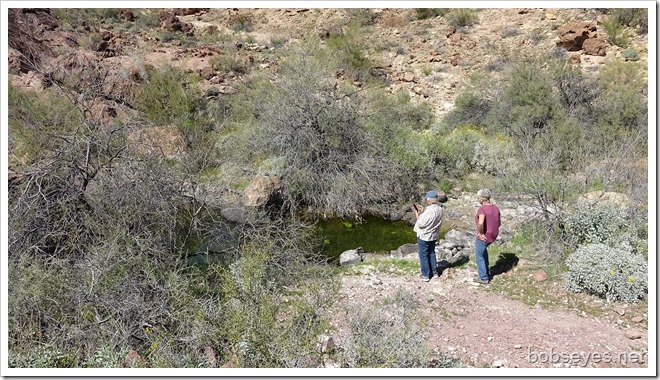 From there the guys wanted to check out the cave with the grinding holes in it so I walked on down there ahead of them. 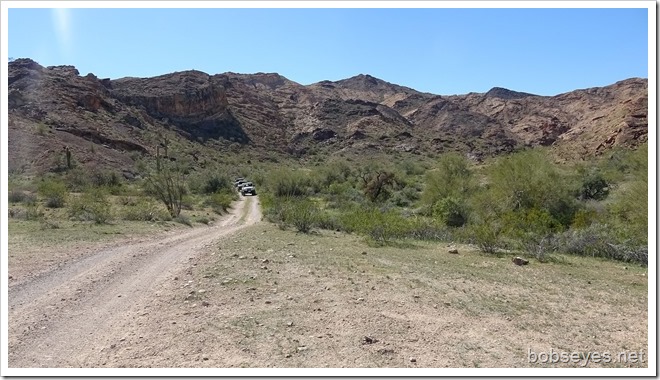 The grinding holes cave is up ahead in those rocks where most of the guys are and I’m catching up. 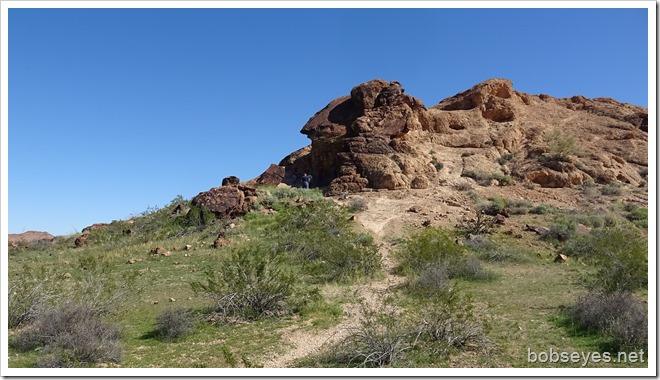 Some of the gang posed for this picture. I call the cave the Kitchen as it appears food was prepared and cooked in this cave. 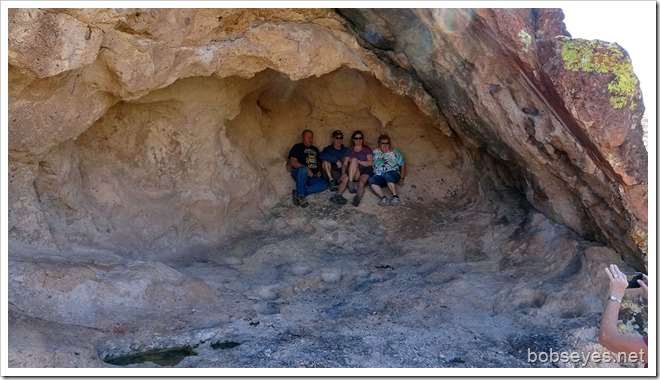 It wasn’t far back to highway 95 from there and we drove on back to Quartzsite were Dave dropped me off after I profusely thanked him for the great jeep ride.

Of course after all that hard playing a nap was in order.

Nice day jeeping around in the Kofa.

1 Response to Jeeping With the Jeepers Over McPherson Pass, Kofa Arizona