The sun was out and it was going to be a warm day so I thought I’d go kayaking at Jenner, but.

My internet was still acting up so started checking things out with speed tests.

After doing some checking out and talking with my neighbors it turns out that three of us are having the same internet issues so I started speed testing all three houses and discovered something important to the fix.

Internet speed tests look like this and tell you how fast your internet connection is or how bad it is. This is a good one and it should repeat the same each time. 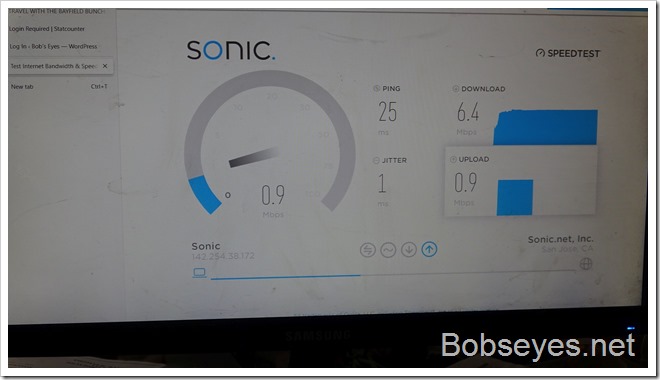 So I tested all three houses throughout the day and discovered all three internet connections worked well when the sun got into this valley around noon and were just fine until about 5 when the sun left the area when all three went bad.

That’s an important find as the techs come out and test the lines when the sun is out which show good lines then go home and the sun goes down the the lines are bad so they don’t get fixed and our internet sucks.

I’ll have to test it again for another day or two and then work on getting the information to the right people that can fix the line. That would seem simple but I have an internet provider that I have to go through to get to the telephone guys so it’s not as easy as it should be to communicate such things.

I tested all three houses though out the day and into the evening to discover this.

Measuring the old well for a new pump

Anyway the next thing I did was measure the water depth and the well depth of this old well as I want to get a new pump and get it going so I have more water to water my weeds this summer. I used some string and a tin can to check the levels. I use an empty can which flouts to find the water level then put some rocks in the can so it sinks to find the well depth. I measure the string to get those answers. 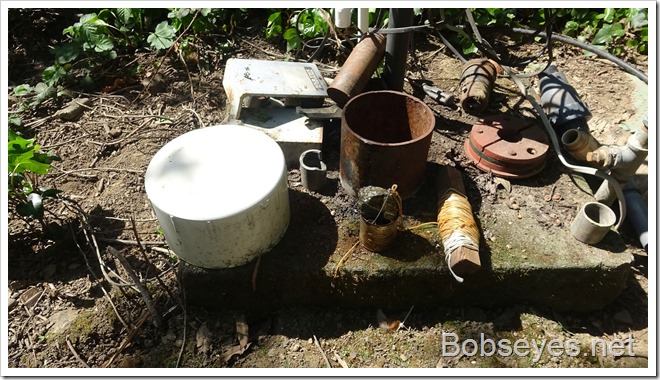 The water level is 12 feet and the well depth is 47 feet 4 inches so now I have to buy the pump and enough pipe to install the new pump in the old well.

Around 2 I was thinking it would be a good time to go up and work on the spring water line burying project so I drove the quad runner up to the valve area that needs the pipe buried here. One of the pipes is too long and needs cutting too. 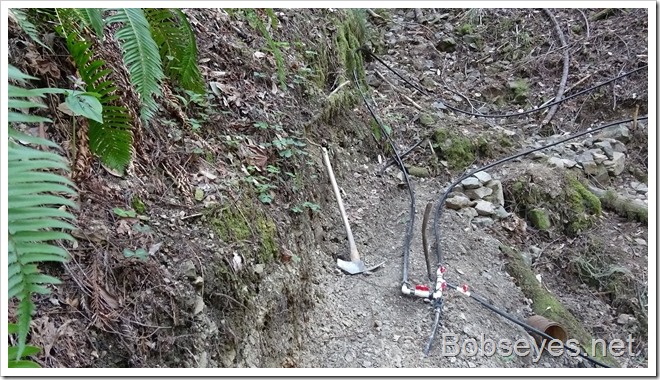 I buried the line coming down to the valves. 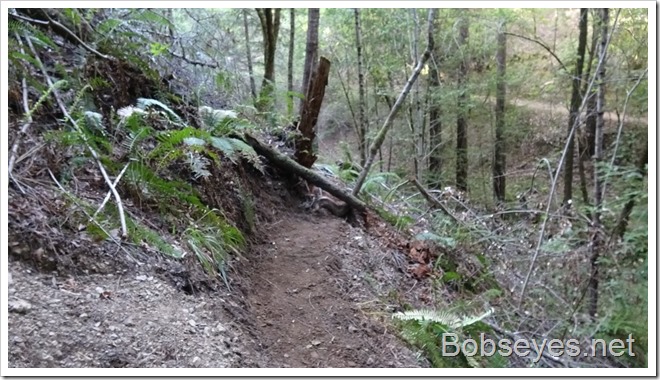 And I needed to cut some of the plastic pipe off as it was too long but didn’t have my pocket knife so I had to leave it like this for now. 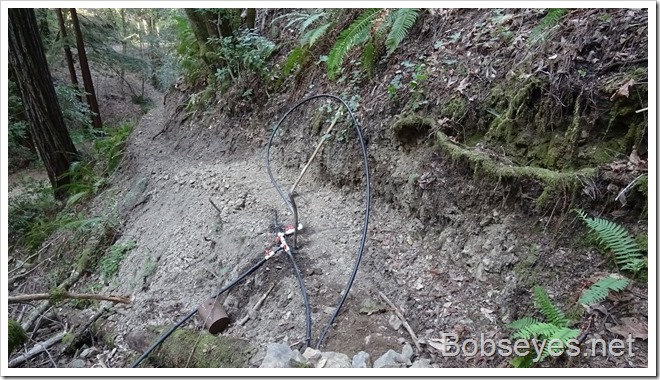 On the way home I checked the water level of our tanks. We are starting to use more water for gardens and such and I can see the pink ribbon shows the tank water level is about six feet down from the top. Most of that should recover during the night as the spring water fills the tanks when no one is using much water. 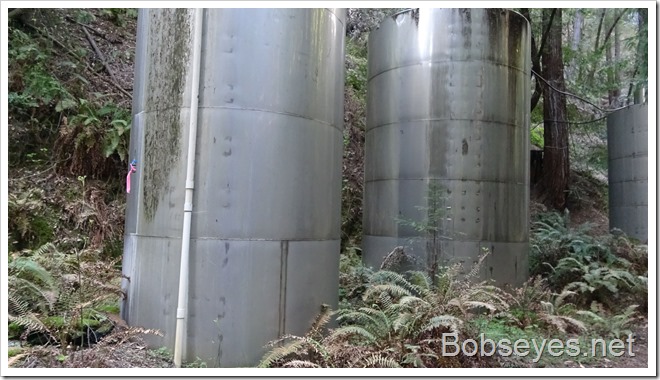 I continued on home down this road. 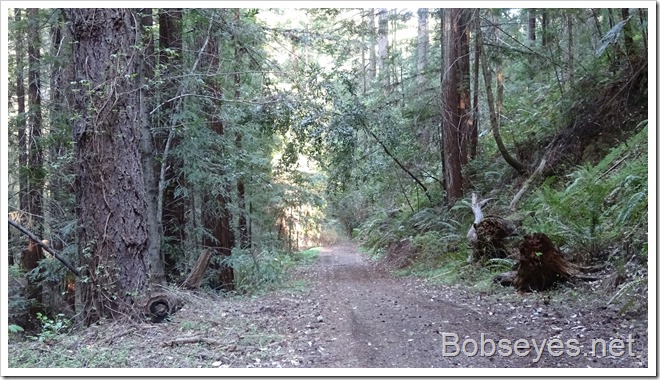 Fish from a friend 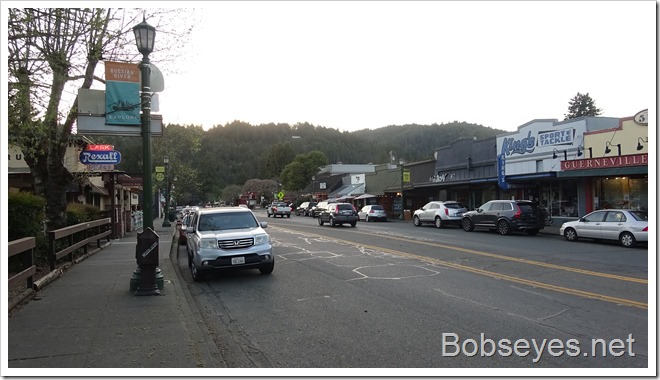 I picked up the fish and we shot the bull for a bit, then I went shopping for some stuff at the food place and went on home for the day.