Let’s get that alternator done

So I started off needing a spacer to install the double pulley on the new alternator so I had to make one or find one.

I had an old alternator that I could take apart and see if it had a spacer that would work. 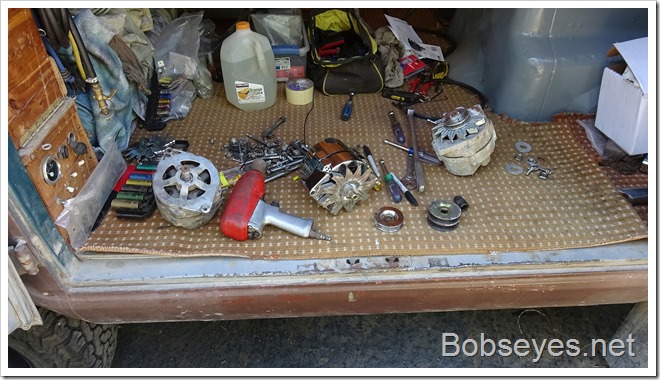 Here’s the problem. The pulley on the left has a raised boss and the double one I need to use is recessed so I need t make up the difference with a metal spacer of the right size. 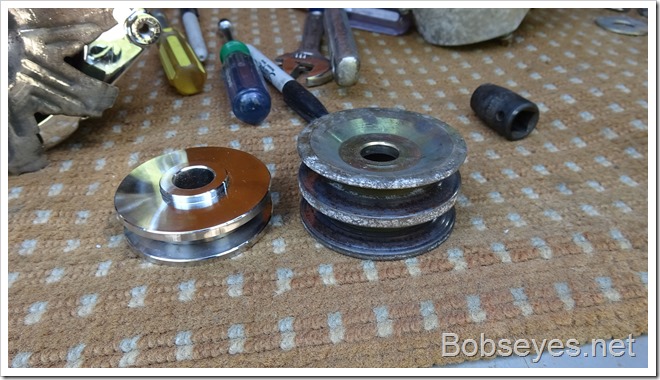 I removed the single pulley from the old alternator and low and behold there was the spacer I needed to  make this all work out properly. 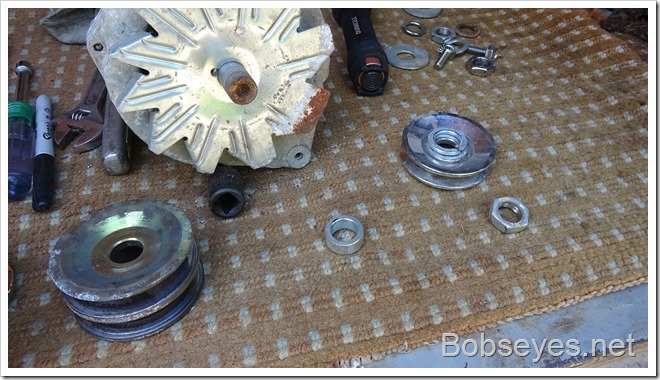 I put the double pulley on and now it was ready to install after a break as I wanted a fresh start with that as it’s in a difficult place to install it. 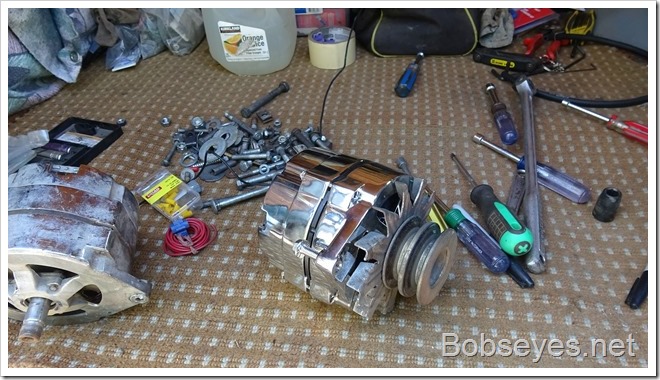 There it is installed and ready for the test. 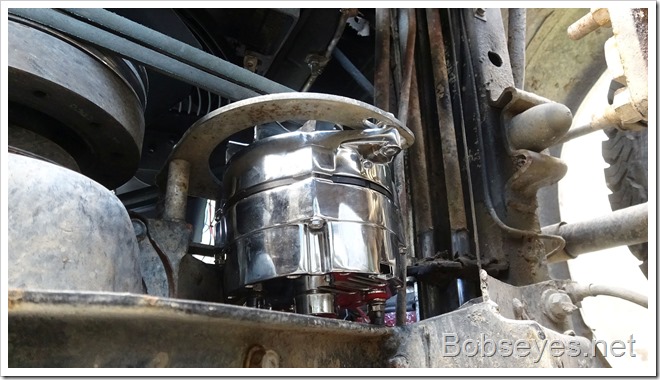 I tried the starter but nothing happened. That’s because I hadn’t hooked up the battery yet, so I did that. 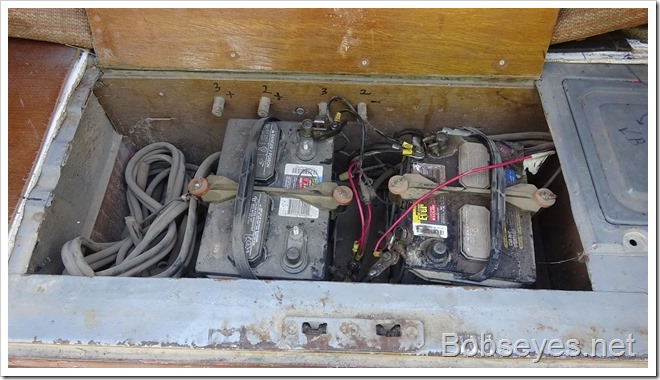 It started up and the voltage gauge now said the alternator was charging the battery, a good thing.

I warmed up the engine and checked for fluid leaks under the van and there were none, another good thing.

So now I could go down to town and get the van’s propane tank filled up which would also give the van a test.

Here I am at the propane place getting propane. 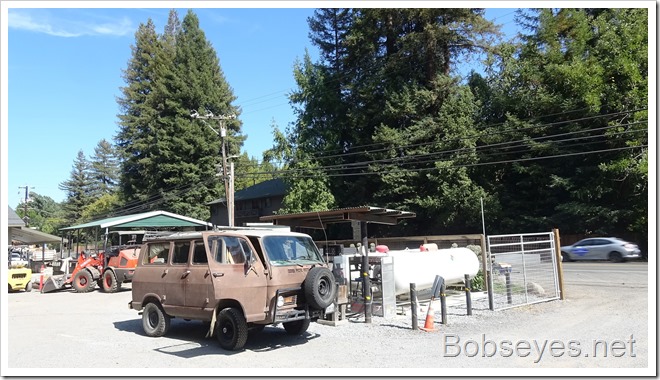 When I left there the van died and I had to pull over as it wouldn’t start. What to do.

I turned the key and cranked and cranked and it started up. I think there is some air in the gas line that needs to be worked out as it hesitated a couple  more times on the way home  but not near as bad as the engine didn’t die after that first one.

I drove on home for a nap and some chair hopping.

Later in the day I decided to take the van for another test ride down to the ocean overlook at to give it some more testing.. I had a couple more hesitations but each time they were less so I’m pretty sure some air bubbles are working their way out of the fuel lines

I parked at the Jenner overlook at the river’s mouth. 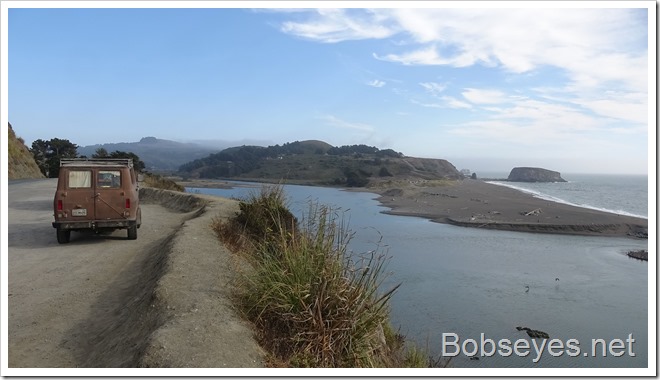 It was so nice out I wished I’d had my boat, looking out into the Pacific ocean. Lots of birds down there on the sandy beach. 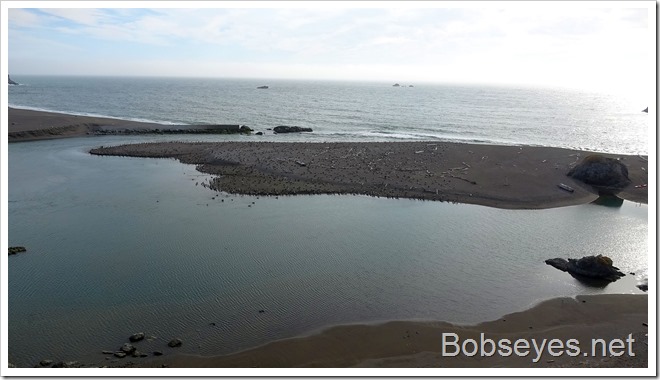 One of the reasons I drove down to Jenner is I wanted to check out the parking that my older elementary school classmates are renting next week for a little reunion that we’ve been trying to do each year.

This is the house and there looks like lots of parking out on the street and some in the yard. This house is on the river with a dock. 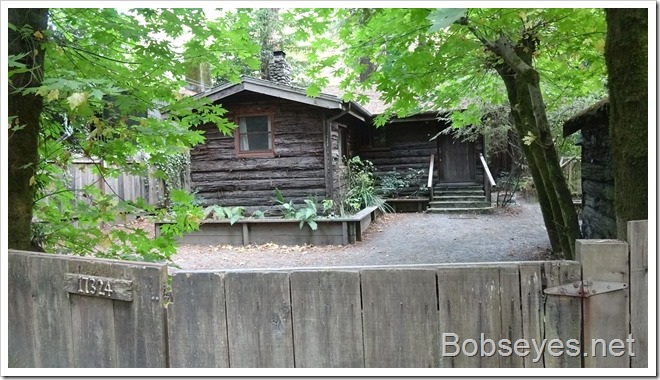 I  had a couple more slight hesitations on the way home but each one seems to be getting shorter so I think it will work it’s way out.

I plan to do one more test drive on some more open and hotter roads as going to the ocean was fairly cool and I want to test out the radiator improvements I made. So far the radiator was running real cool about 185 which shows I might of got the heating problem licked, I hope.

I’m thinking I’ll take a ride out to where I used to live for about ten years out by Warm Springs dam which has some nice hills to climb.

Things are looking good on the old van.