Finishing up the chicken enclosures

Today my goal was to get the last four roof panels installed as I got all the construction of them done yesterday.

This is the enclosure that needs some ceiling panels to keep the hawks and awls out from eating my birds. 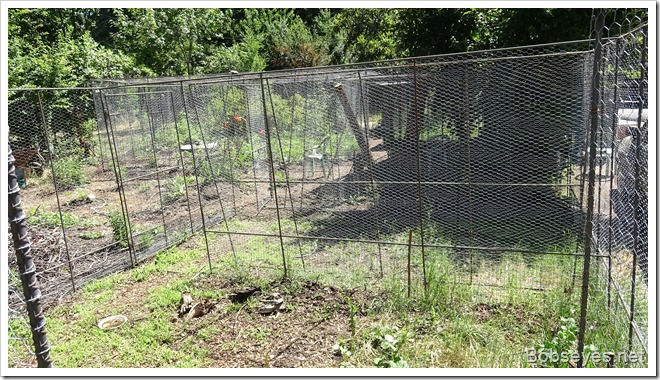 I worked the panels into place and wired them up. 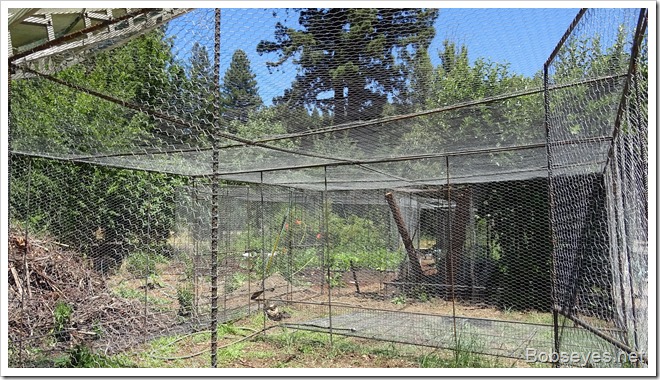 Another view of the roof panels in place and the biggest part of the chicken enclosures is done, although there is still a bunch of little stuff to do, like making sure there are no places the little chicks can get out. 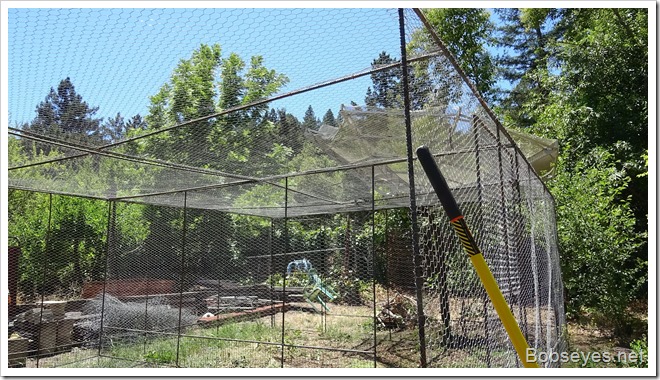 I also installed one of my grower panels. I mounted it on the fence with wire so the wire works as hinges and I can fold it up and out of the way when I want to plant stuff in it. It’s to be supported off the ground a few inches to keep the chickens from eating the roots of plants as they destroy them.  They can hop on the chicken wire and eat the tops, but not get to the roots to kill the plants. Now I need to dig it up under there and plant some seeds. It’s already getting watered everyday with an automatic timer. 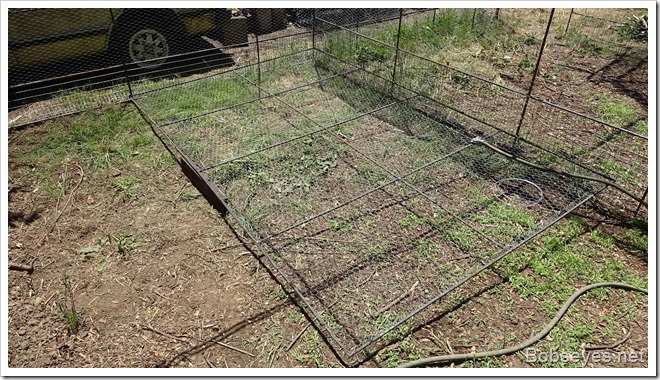 I changed clothes and headed over to do some shopping. I needed some water thingies for the chicks and a feeder that keeps them from throwing feed everywhere and this is what I bought. 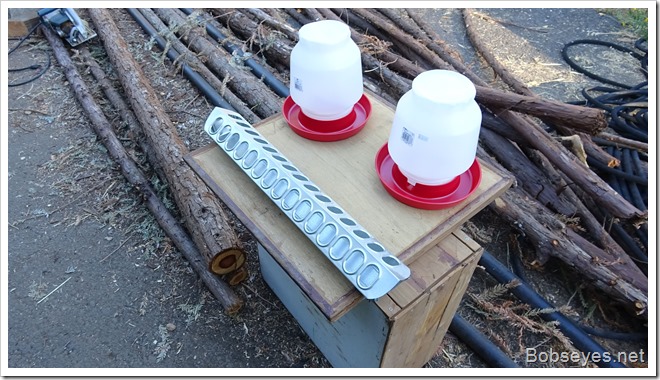 The feeder seems to be working real well as they went right over to it. 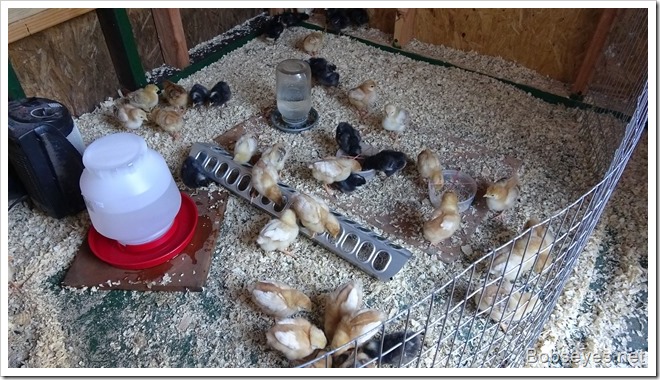 I rearranged the chick area by removing the wire and putting a smaller piece across the door way. I figure the chicks can have all the floor space but when they start getting up on the shelves, they get moved outside for good. 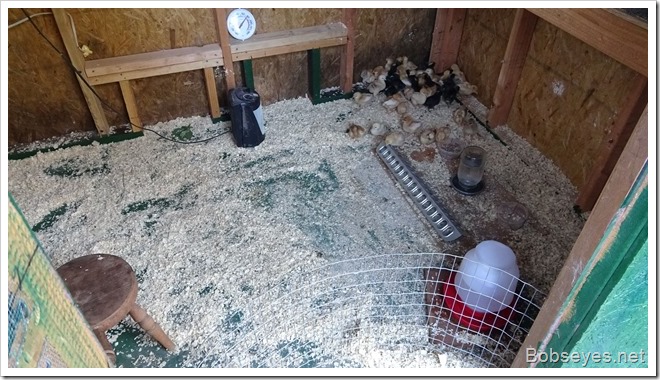 Getting through the wire

In a few days I plan to start letting them outside during the day, as soon as I know the smaller ones can’t get through the one inch by two inch wire. Some of the little black ones can still just barely squeak through the wire.

Ken asked what kind of chicks did we get. 15 Dominique’s and 15 New Hampshire’s and one surprise rooster they throw in.

Patsy wanted to know who would take care of the chicks if I go on a trip. I took care of that early on. I realized I’d need a partner. Dominique my brother’s girl friend is my partner and will get most of the eggs, all the ones I don’t eat which will be most of them. She’s a Pastry Chef so can use a lot of eggs. Anyway she seems to like chicks and has been out in the coop reading to them. She’s the one that noticed we had more chicks than we were suppose to.

I wasn’t much in the mood to do much work after shopping so I chair hopped around the yard and made some plans to do some more work on the chicken stuff. I still need roost and nest boxes, but the chicks won’t need them for a bit yet.