I rounded up all the tools I’d need to install some skids on a shed I’m scrounging for a chicken coop and headed over to our old orchard where the shed was located.

I unloaded all the supplies and tools I’d need and got started. 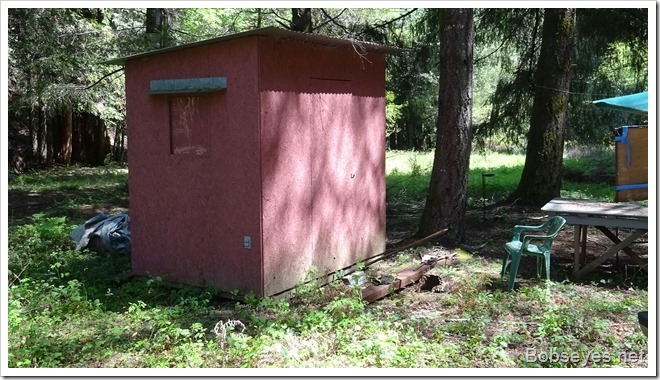 I used a lever to raise the shed up high enough to get the new skid boards under the shed so I could screw it to the shed undercarriage. 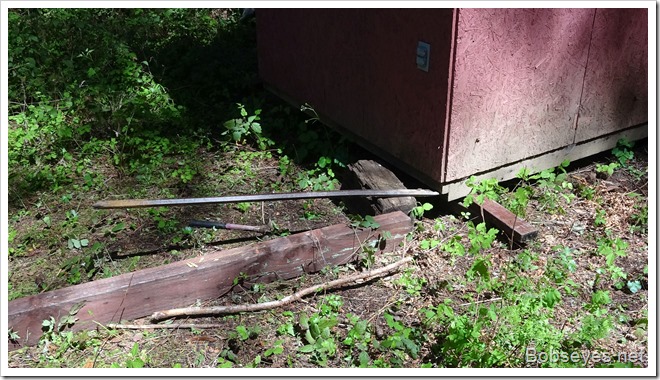 Most of those green plants are poison oak which I’m fortunate not to catch.

It took awhile to raise the shed and get things up in the air so I could work on it. 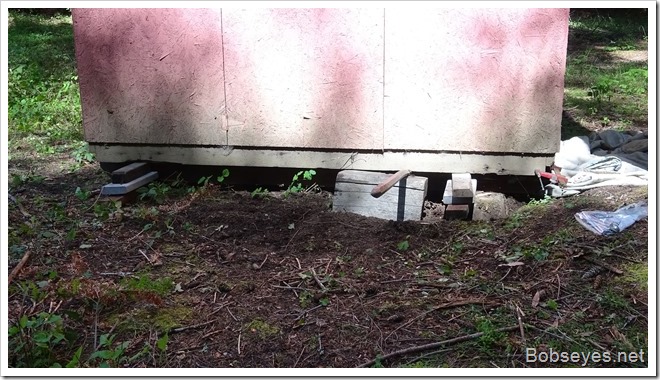 Once the shed was up , I lined up the skid boards and pre-drilled holes for the lag bolts I used to fasten it all together.

I was going to bolt a chain to the skids to pull the shed, but I forgot the chain back at the house so that didn’t get done.

The shed was full of target shooting stuff which I collected and put in a garage close by so now it’s empty.

The shed may look about the same but it now has a more solid base. We plan to use the tractor to move the shed to my house about a half mile or so away. 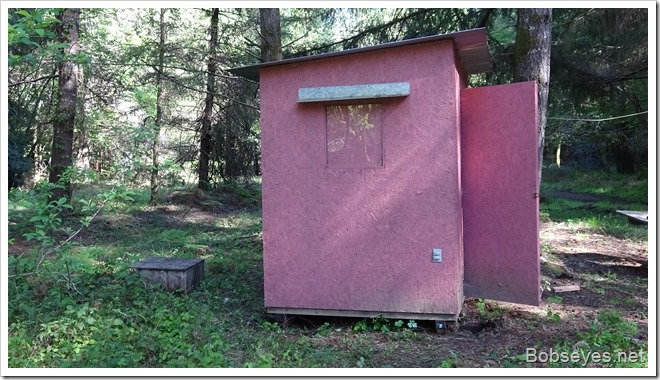 On the way out of the orchard I passed by Steve. He’s introducing some new queen bees to these new hives. He has one of them in his hands which he is putting into a box. 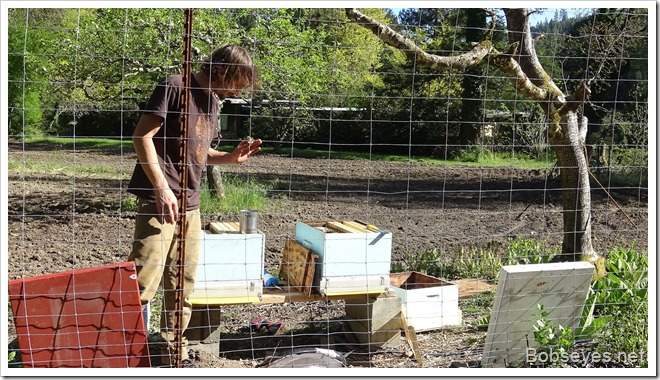 That skid project took me most of the day so when I went home I was hungry so I fixed something to eat.

After that I went outside to study the area I want to put the new shed in for the chickens. As I was doing the planning of where to put the new chicken coop, I realized I need to grow a lot of my own feed if I want to keep corn out of the feed so I changed my plans so I can have two outside pens so I can grow stuff in one of them while they use the other one. In other words, I will need to keep the chickens out of one pen while whatever I’m growing for them has a chance to grow before they eat it.

I think I finally have a workable plan after a bit of study and moving things around until I was satisfied things will mostly work without running into other things.

It was getting dark on me when I called it a day.