The sun was out nice this morning as I got it going. After a cup of coffee I went out to see how the chickens where doing. I decided to let them out to graze early today so I opened the gates to their pen, but they didn’t seem to want to come out  much. They seemed to be waiting for me to throw some scratch out for them to feed on as I do that in their mulch pen when they stay in and don’t get to graze so they were waiting for me to do it.

I finally gave in and threw a small portion of feed out on the mulch floor for them to scratch at which they did, then they seemed to be ready to come out to graze. They don’t like to miss anything especially food.

I was going to try to get the gate I made the other day installed so I rounded up the tools to do the job.

Here’s where I need to dig some holes to install the rebar gate I made. 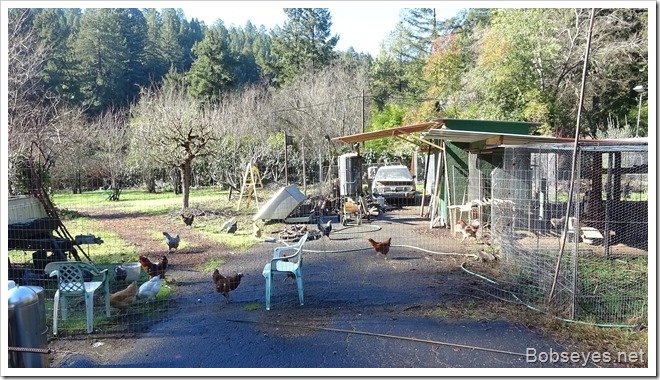 With my digging bar I started to chip through the asphalt, sorta like you’d chip ice. 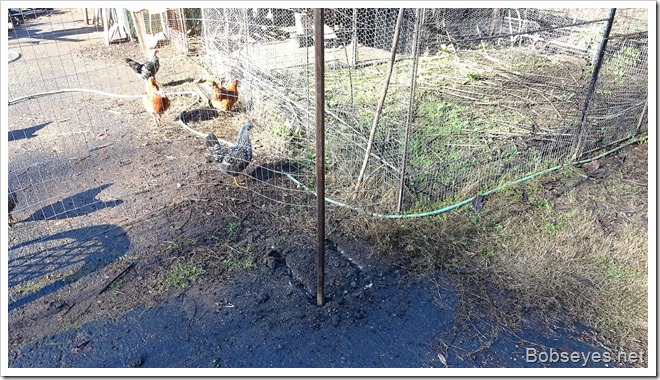 It wasn’t too long and I had a small hole dug to install the gate in. 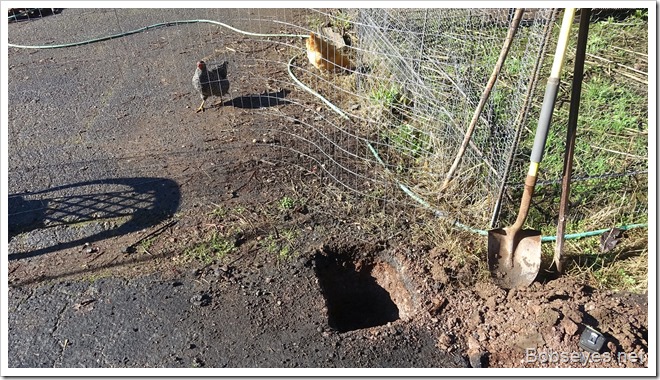 About that time I heard the mail lady drive by so I went out to the mail box to get my new PTZ wireless cam I’d ordered as it was supposed to come in today.

I opened the box and was temped to go in the house and get it working but I stayed out and worked instead as that cam can be set up tonight. No use wasting a sunny day inside.

That’s the new cam on the right. 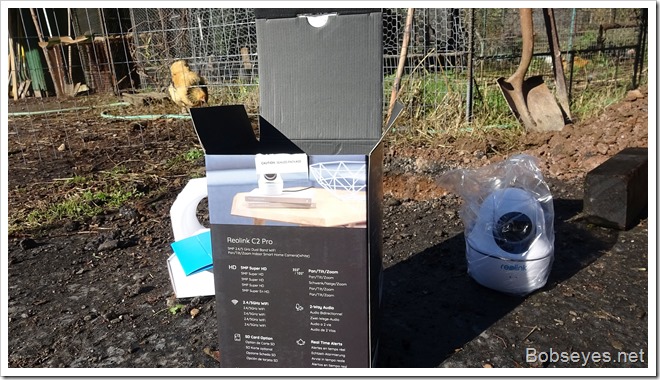 Back to getting the new gate installed

I drug the new gate over to the spot I needed to install it and then gathered some rocks nearby to fill up the hole and hold the gate up. 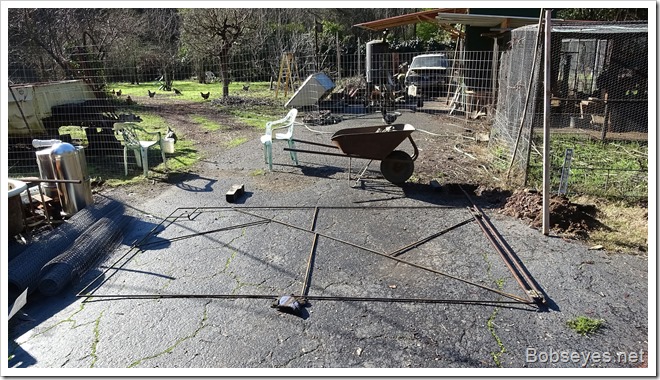 Instead of using cement I used rocks as I didn’t have any cement and I’d have to go buy some.

Here’s the new gate rocked in and ready to get some wire clipped onto it with the hog clips. 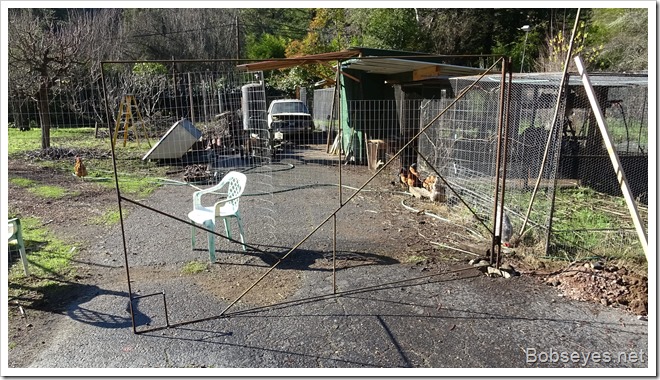 After a break I installed the fence wire to the gate and then dug another hole for this end of the gate and got some more rocks to install the fence post. I decided to put the fence post in a plastic pipe in the ground so I could remove it if I needed to get something big through the gate.

Here’s the fence pole in the pipe ready to put up and install with the rocks in the wheelbarrow. 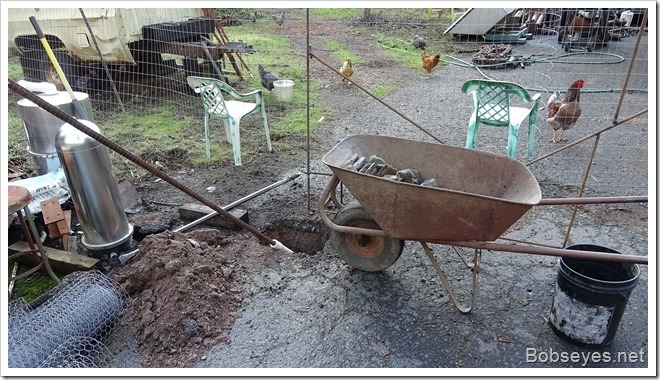 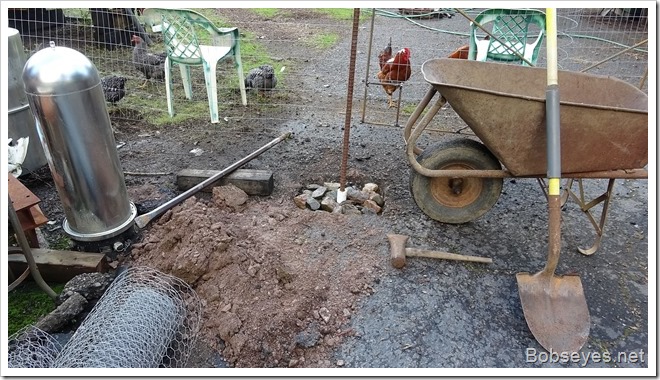 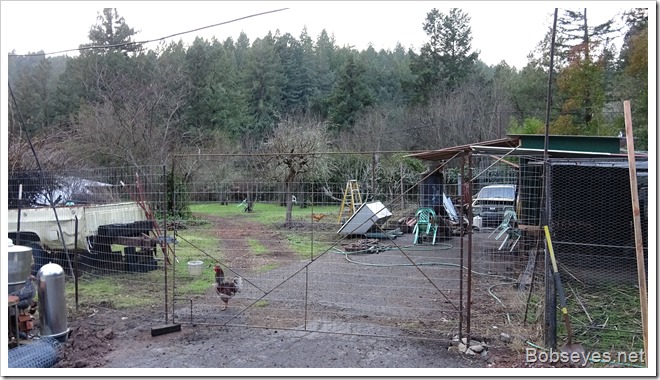 Sitting with the chickens

After that I sat down in my chair over in a part of the yard the chickens hadn’t been in yet. They seem to like to follow me so if I sit someplace most of them come over to see what’s going on. I wanted them to get into some new weeds they can eat so that’s why I wanted them to go to this spot which they did.

It wasn’t long before they all went to their roost as the day started to cool down. I closed them up and gathered the five eggs they gave me today. Thank you chickens.

That was my day working away out in the sunshine.