Two new inline hose fertilizer units arrived yesterday so today I thought I’d give them a try and put some fertilizer on the yard.

The first one I tried to get on the faucet but the tightening nut was too big and it hit the faucet before the fitting got tight so I tried it like this between two hoses, one from the faucet and the other going to the sprinkler. As I tried these units I found this was a better way to hook them up, much easier than at the faucet or on the timer. 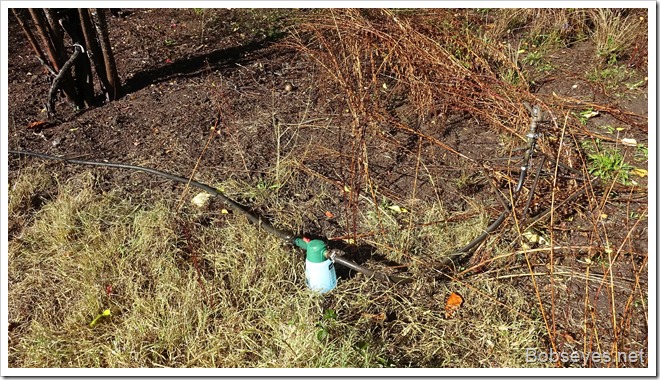 I turned on the water and wet things down with a rainbird. 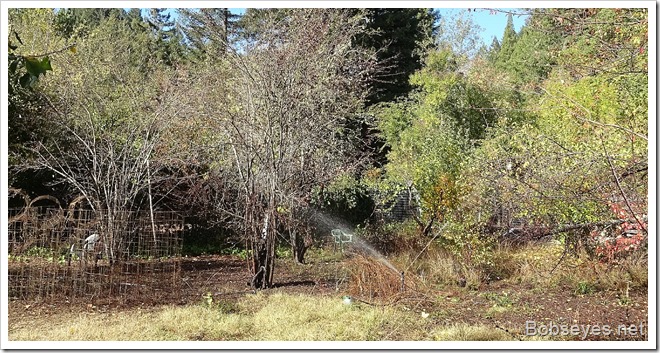 After that one was done I set the other unit up on this spot. 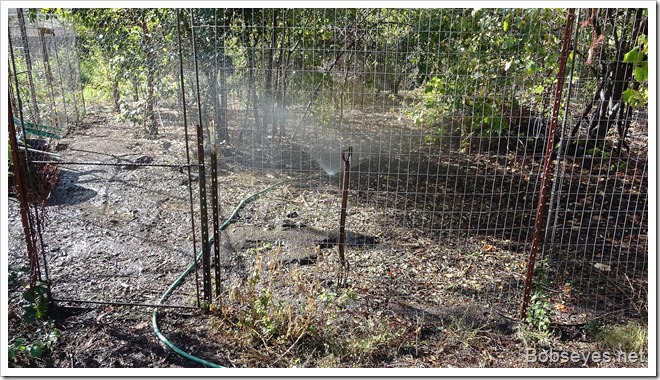 One of the complaints many people had on these types of units is they leak quite a bit so I decided to put this one in a small bucket to catch the drips. This worked out good as I used what was in the bucket to fertilize some other stuff and this way it didn’t matter if it leaked a bit. 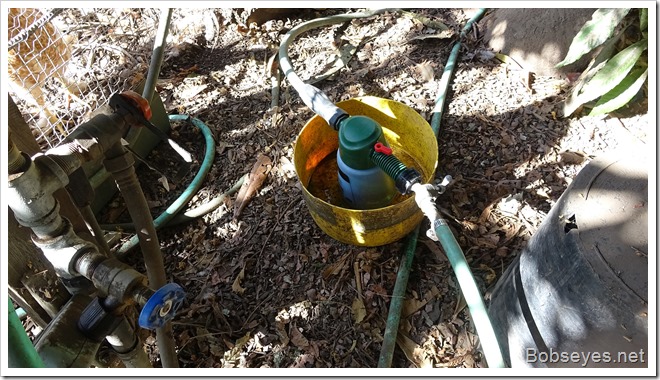 This was the best unit I got a couple weeks ago. It would benefit with a small hose too as like it is it’s hard to screw things together in loading it and it’s more likely to get broken used this way. This one is a Chipin I believe. 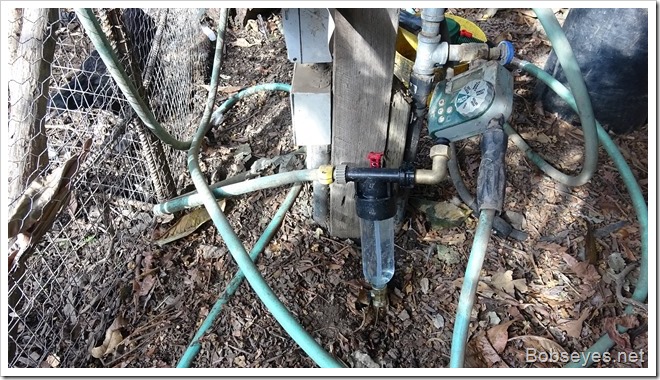 After getting the fertilizers going I got back up on the roof to plug up another rat hole in this spot. They have been coming out from under this eve so I need to block it up. 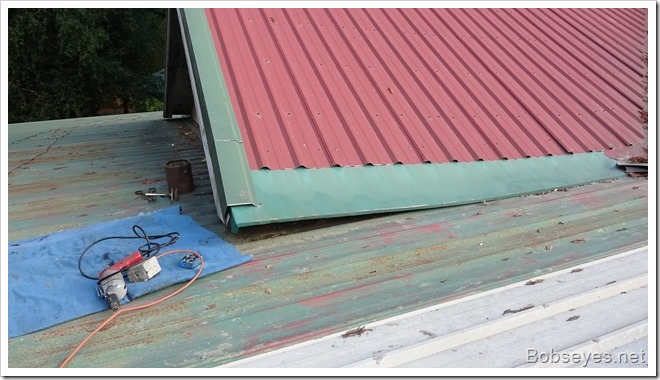 I measured and cut out the pieces of sheet metal for each piece I would need. 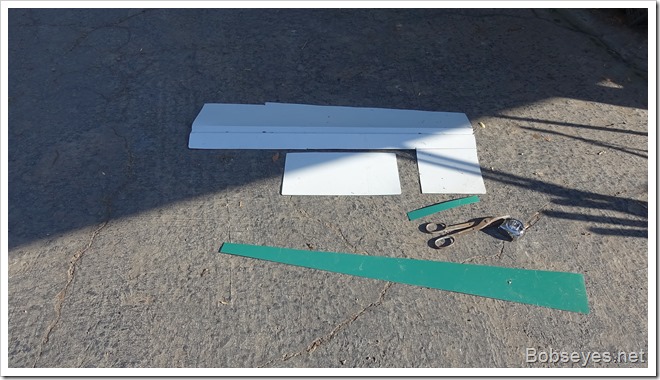 This is one of the finished pieces bent and shaped to fit the spot. 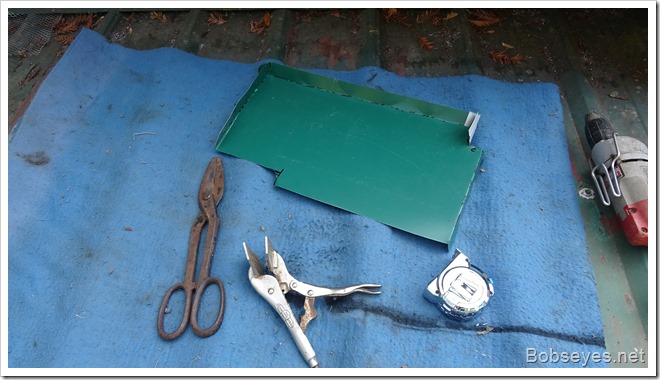 Here’s that piece screwed in to place. 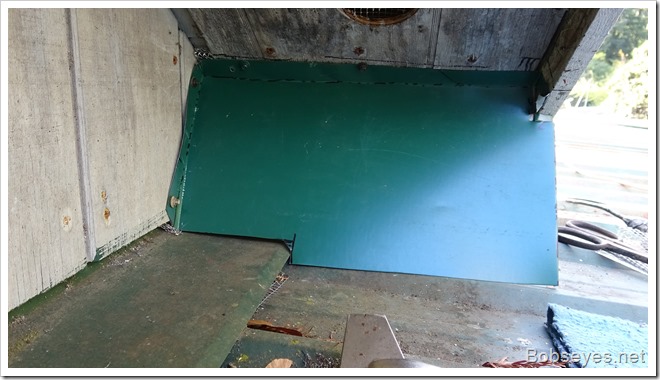 Now I need to block the piece over the ruler. It’s a weird fit but I got it done. 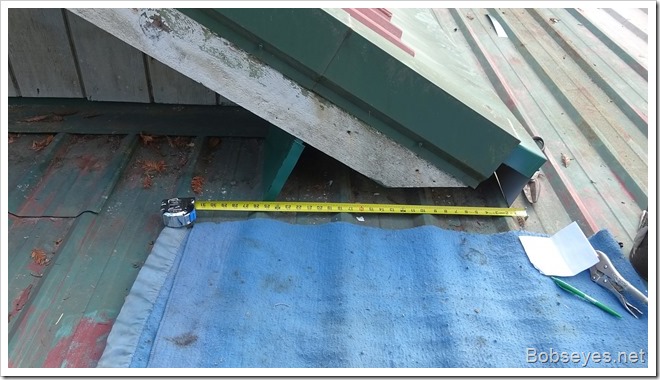 I was able to shape this piece to fit pretty good. 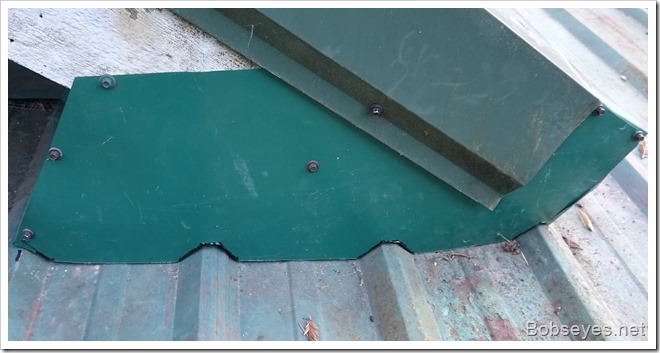 I got the rat hole done just before dark and tonight I will watch and see how the rats react to this new addition.

An enjoyable day puttering around up on the roof, enjoying the view of the forest.