Improving Medical Conditions and a Nice Paddle at Jenner

Well, let’s see. My infected salivating gland duct seems to be healing nicely. Yesterday was the last day for the antibiotics and also the last day I used the steroidal cream on my whole body rash. I think the large amounts of steroids from using a full tube of the stuff daily might be getting to me and causing some reactions or it might have been the antibiotics. Ether way it’s good to be done with those medications for now.

Getting the corn out

Even better the rash directly from eating corned stuff has disappeared indicating I’ve finally gotten the corn out of my system. This is monumental as I’ve not been able to do this for over ten years. So I’m not ingesting any corn, but I still have to rid my body of it’s long term effects.

I still have a lot of the full body rash, but the itch has changed to more of a healing itch which I hope will taper off soon if I can keep from eating any more corned stuff.

So, it was time for a yak. I headed down to Jenner around noon as that’s when I got it going today. With being up all night driving down to San Francisco, my sleep routine which was mostly shot anyway was really shot now, but I’ll recovery from that.

I’d heard the ocean has been real rough the last couple of days, so I drove down to the overlook to have a look see. 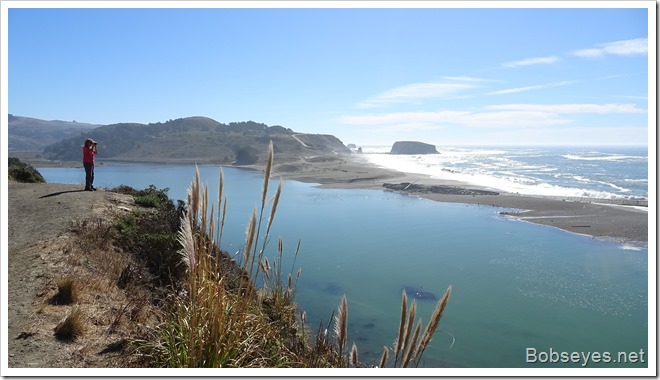 It was high tide and the ocean was a bit rough as can be seen by all the foam out there. You can also see the high tide ripping into the mouth area, overflowing the sand bar from the rough ocean. 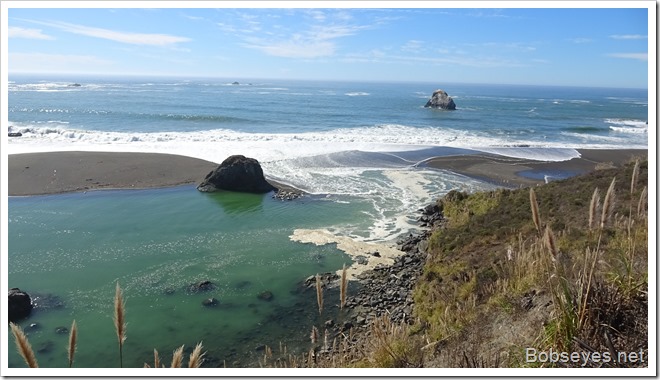 Another way for the salmon to enter the river for spawning

In this picture you can see the waves from the rough ocean breaking over the sand bar. If the river’s mouth was closed spawning big fish could still get into the river in these waves when the ocean is rough. Right now it’s the time for the spawning salmon to come in and work there way up the river to their spawning grounds. 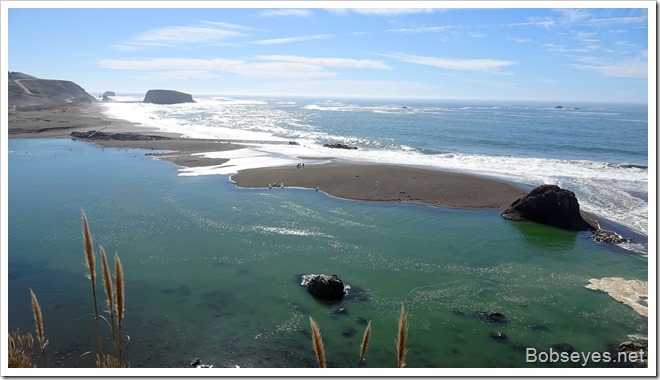 Some harbor seals resting by the open river’s mouth. 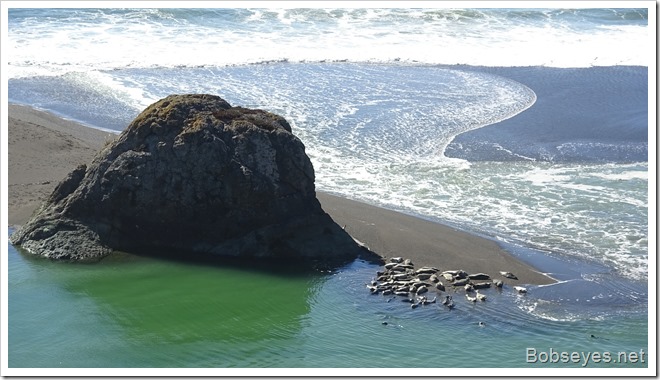 Let’s get the boat in the water

Since I had already checked out the mouth from the overlook I decided to go up the river a short distance about a mile.

Here I just crossed the river and am paddling along the top end of Penny Island where I stopped for a break in this spot. 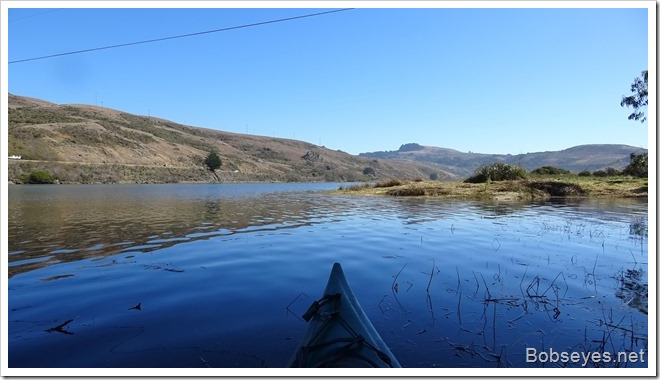 I noticed this fine looking duck swimming near me. 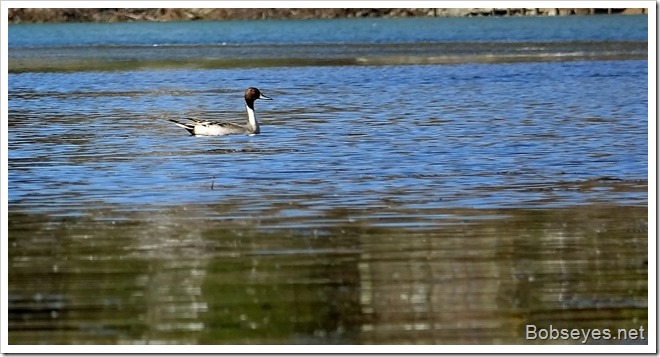 An otter had it’s eye on the duck which I don’t think knew the otter was there, but the otter veered off and left the duck along so maybe the duck did see the otter. 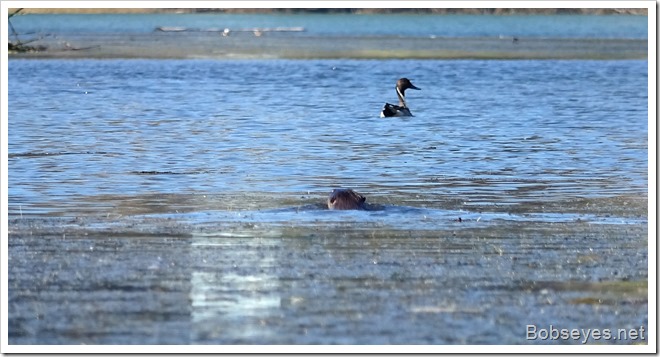 It was a nice day as I slowly worked my way up the river along this edge taking my time. 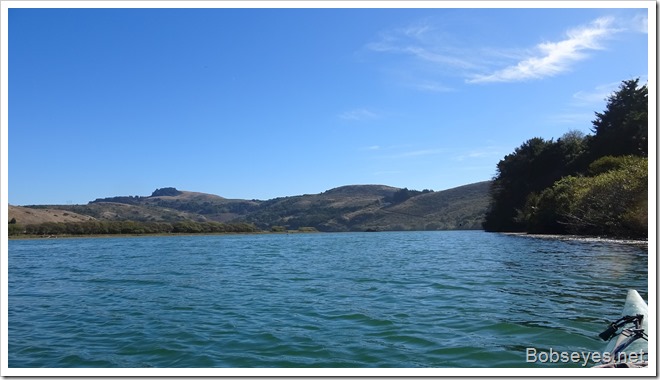 I paddled up to this spot I call the muskrat area about a mile above Jenner which you see down there. 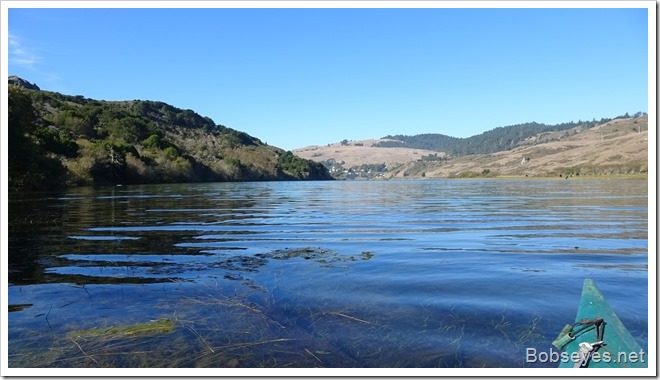 I was pretty tired out from the previous days activities so I sat in that area resting and napping for quite a spell.

Lots of birds along this shoreline

Eventually the sun went behind the hill and it started to cool in the shade so I paddled across the river where the sun was still shining and worked my way down along the edge looking for birds. 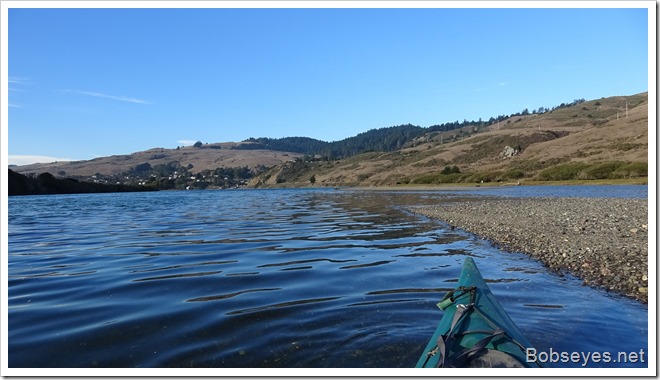 I went by these sleeping geese. 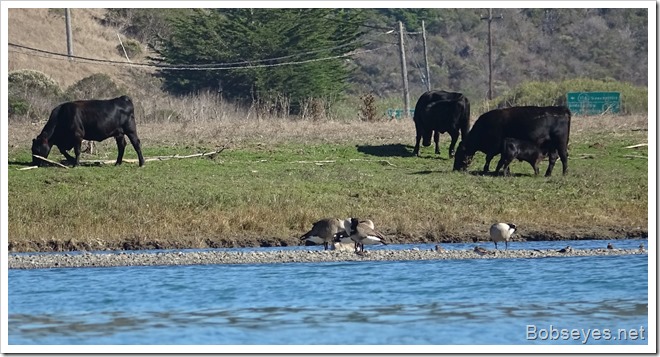 And these little killdeer feeding in the gravels. 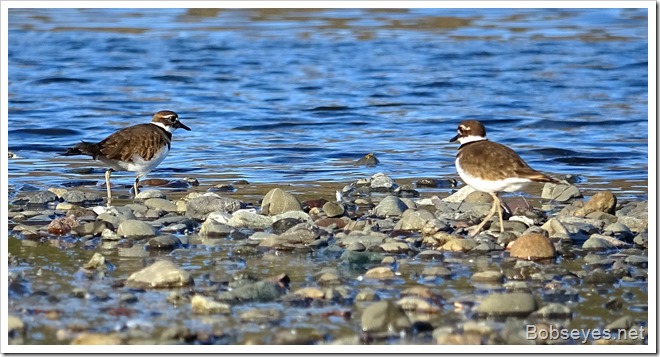 And a couple turkey vultures bathing and getting a drink of water. 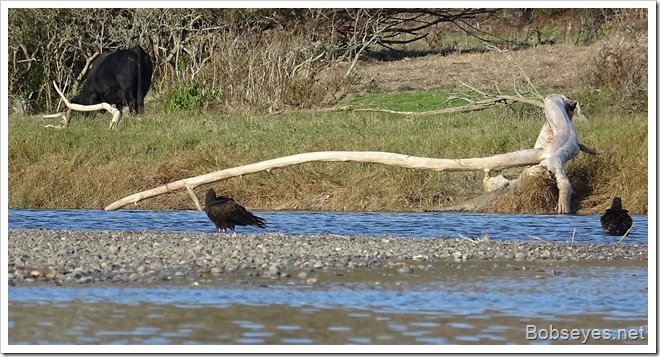 And paddled by this group of cormorants. I paddled out and around them and they didn’t fly off. 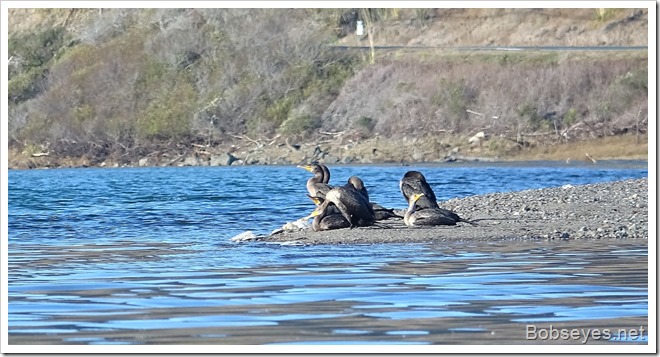 And last this small group of merganser ducks just resting there after a hard days fishing. The one on the right is saying, hey guys, wake up something is coming. 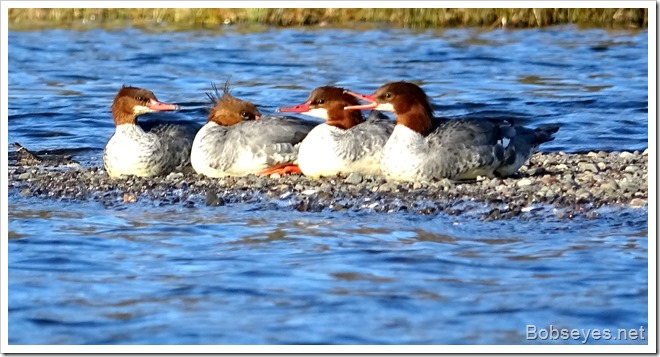 From there I headed on in to the boat ramp at Jenner, just up ahead. 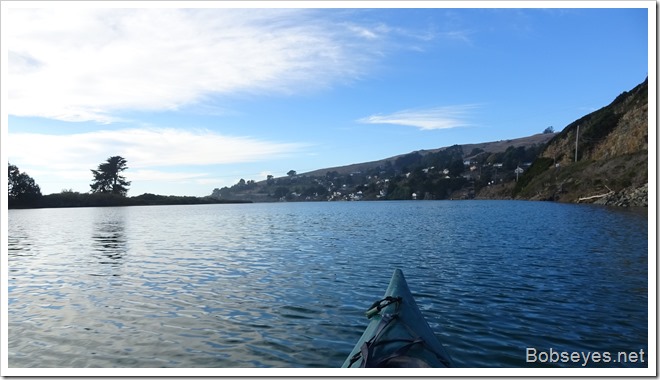 I put the boat on the car and drove on home. I didn’t have any energy when I got home and felt like I needed some sleep so I just took it easy for the rest of the day.