Marty came by with his pattern for a crawdad trap he planned to construct. I  had plenty of wire to do the job so that’s why he came by to construct the trap.

He’d made a pattern out of paper to lay out on the wire to mark it so he could cut the wire out to size.

I took this photo when he got started. 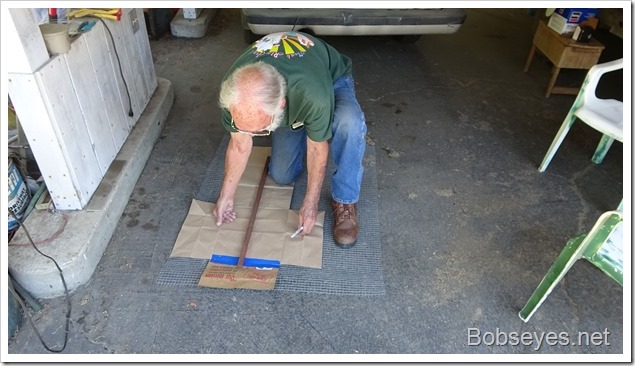 While he was working on it we shot the bull and I forgot to get any more pictures, especially of the mostly finished project. We’ll be testing it out on our upcoming trip in about a  month.

Ride up into the hills

He finished in time so we could go for a bike ride up in the hills so we took off for that and rode up to the spring for a drink of water then did some more riding around and used the chairs I have up in the hills for a bit when ever we went by them. I forgot the camera again.

Anyway he got his trap mostly constructed and we had a good ride up in the hills.

When we made it back to my  house he headed for his house and I was tired out enough for a nap.