I Thought the Bobcat Was Eating My Chickens,……….. But

This is what the scene looked like this morning when I went outside. The dead chicken I had tied to the gate was completely torn up and  most of it was gone. 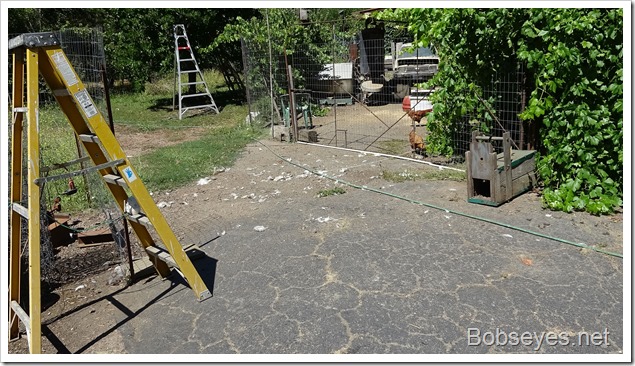 But I have pictures of the culprit

Well, it wasn’t the bobcat at all, but a foxy fox. I had my cam out to watch the scene. It’s connected to my computer so I was able to watch the action as it  happened as well as record it with pictures and videos.

The fox shows up  a bit after dark. 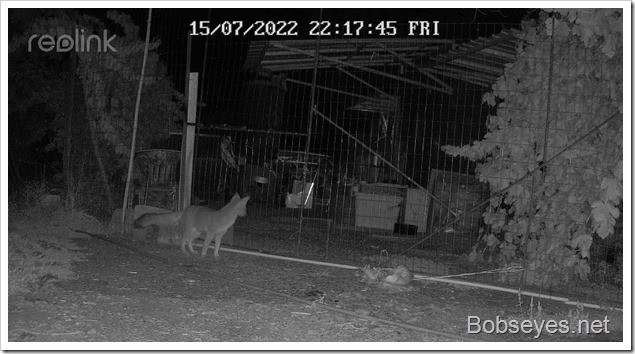 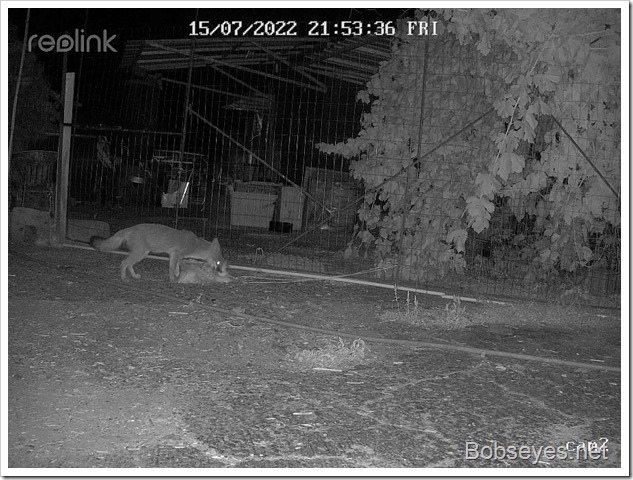 The fox worked on that dead bird all night and consumed most of it while I watched until about 3 in the morning when I hit the hay. 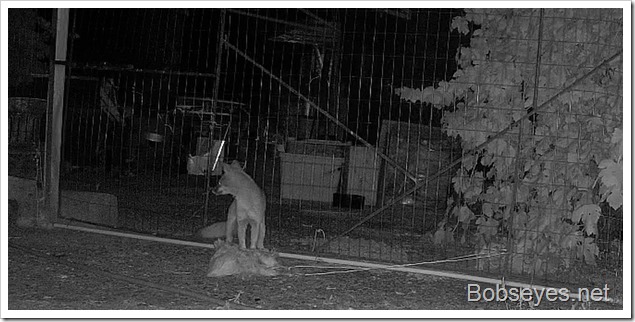 When I got it going today I checked the video recordings just to see if a bobcat came by but only the fox was here until about day break, so no bobcat.

The fox did go into the box trap once and set it off, but the door jammed about half open so it got out, but didn’t get the dead black chicken in it. I went out and reset the box trap and fixed the door, but it didn’t try it again.

The rest of my chickens were grazing away in this spot today like nothing happened. Such is life, I guess. 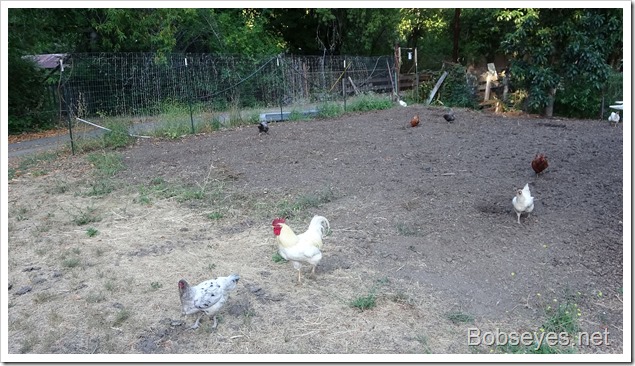 So tonight I set things up again. Here’s the cam I use, it has night vision and works fairly well. It records the videos in the cam and also sends a copy back to my computer. It’s wireless, but I use the wire to hook it up as it works better for how far it is away from the house. It’s made by RealLink. 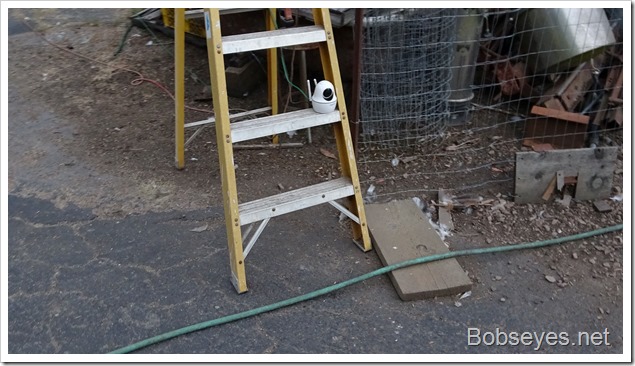 I took the dead black chicken out of the box trap and tied it to the gate with cord and put some table scraps in the box trap to hopefully catch the fox so I can move it to some place else in Guerneville.

So I sit here waiting for the fox to show up which  I think it will as the eating is good here. :O)

Just waiting for the fox to show up, tonight’s scene. 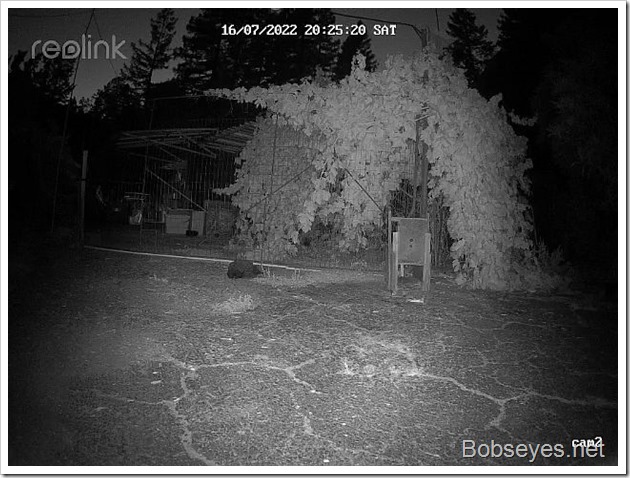 Nice day and the fox was well fed.

4 Responses to I Thought the Bobcat Was Eating My Chickens,……….. But