I Take Ulrich Out For His First Paddle At Monte Rio CA.

A couple of weeks ago I told Ulrich I’d take him out and show him how to paddle a kayak.

So today he came over to my place around noon and we headed down to Jenner to paddle, but.

He’d never been down to the Jenner overlook at the river’s mouth so we drove down there first so he could have a look where we were going to paddle today.

The overlook, looking south with the river on the left and the ocean on the right. 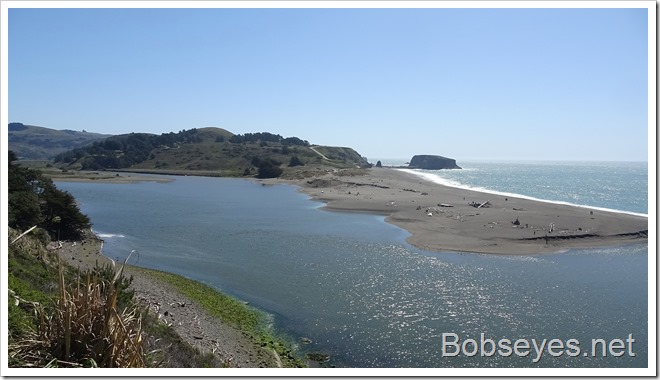 Looking north at the end of the river and on out into the Pacific ocean. 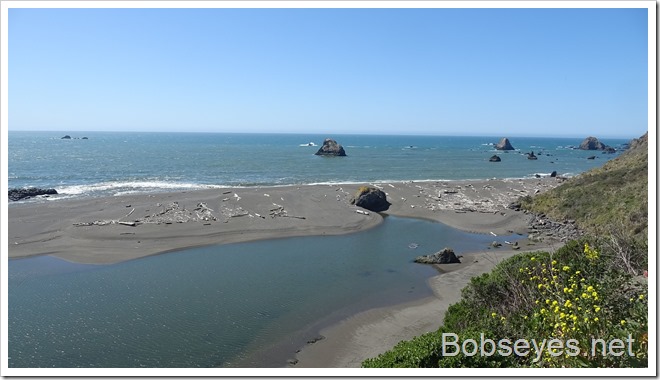 And the open river’s mouth with harbor seals. 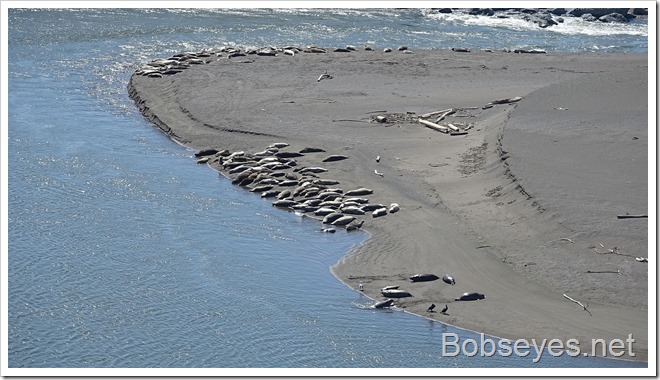 We had a look then drove on back to the Jenner boat ramp to launch, but.

At the boat ramp we could see it was a bit windy and there was a rig on in the middle of the boat ramp and the people looked like they were going to be there awhile blocking the ramp so.

Too windy so back to Monte Rio

I said let’s go back to Monte Rio to paddle where there was little wind and we wouldn’t have to deal with the jerks blocking the boat ramp.

So we drove back to Monte Rio and put our boats in the water. I gave Ulrich some good pointers on how to get in and out of his boat and how to paddle a kayak before getting into our boats.

He was paying attention and did a good job paddling as we got in our boats and headed down the river at a slow pace taking our time and shooting the bull as we went.

The Villa Grande Hole was just up ahead about a mile down the river from the boat ramp. 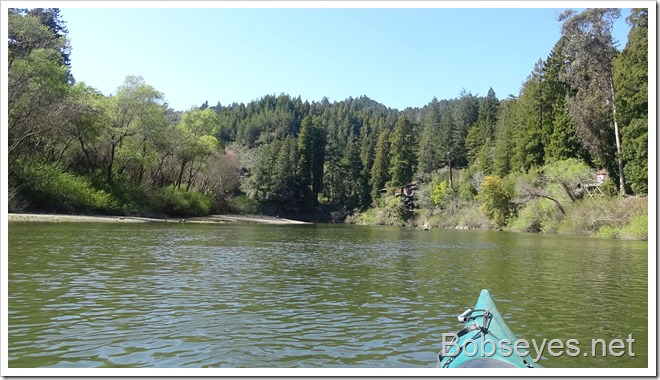 There’s an osprey nest at the Villa Grande Hole. 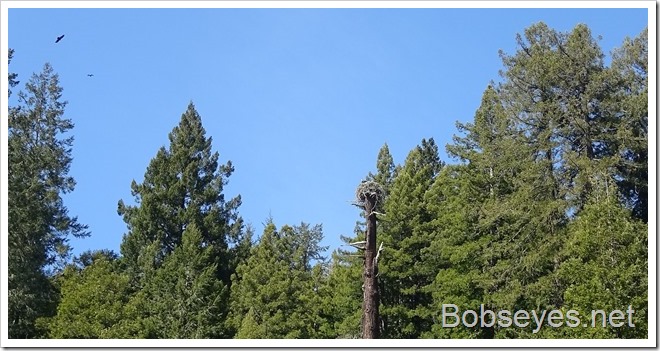 And there was an osprey in the nest. 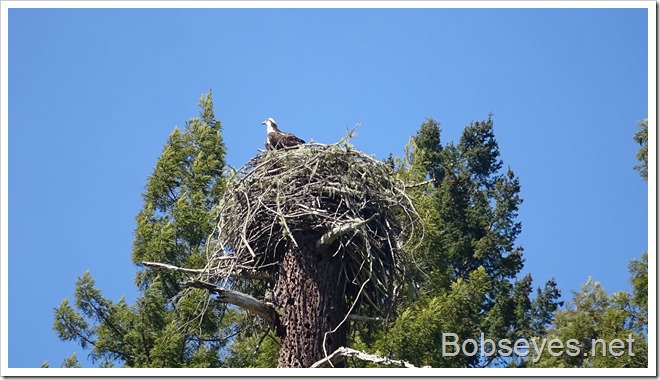 I was teaching Ulrich how to go slow taking one’s time and enjoying the river as we sat around the Villa Grande Hole for awhile. 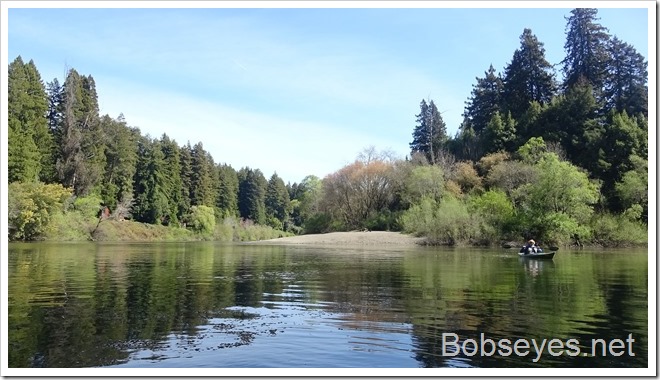 Paddling back up the river with ease 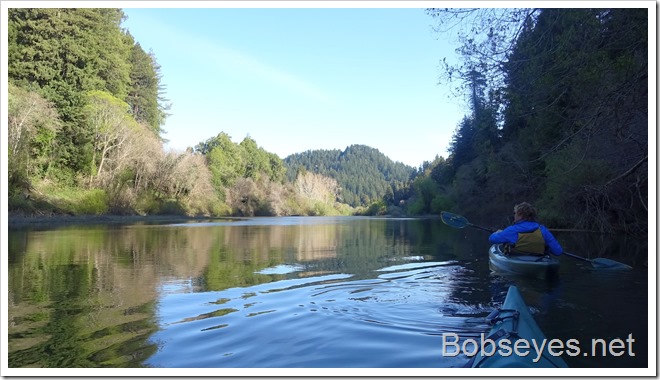 Here we are just below Monte Rio headed back up the river. 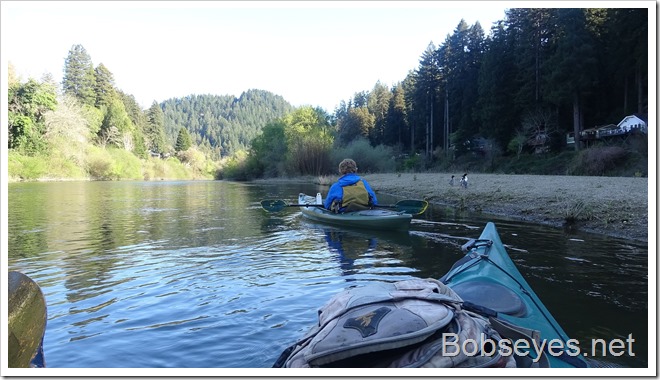 We went by these merganser ducks, a male and two females. They didn’t fly off as we pasted on by. 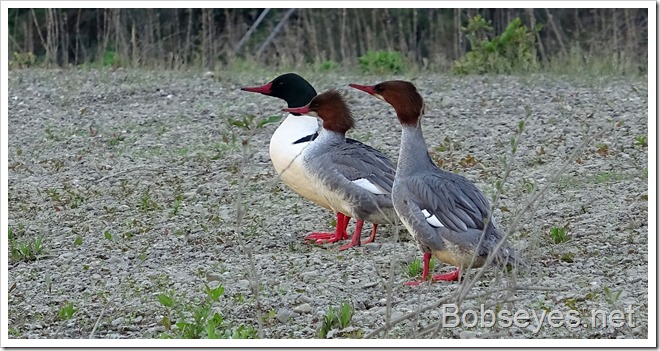 Here we are just below the Monte Rio bridge around six PM and now headed over to the boat ramp to take the boats out of the water. 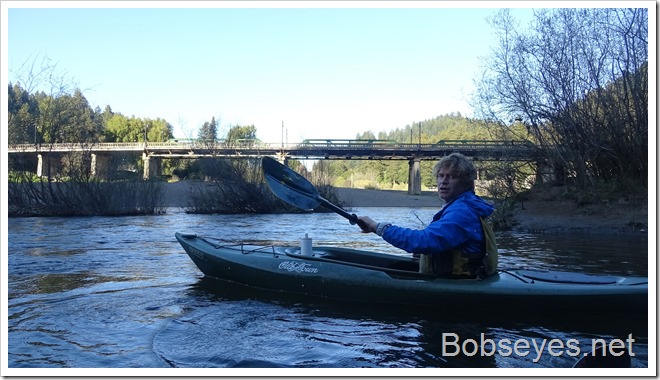 Headed to the boat ramp to take out for the day. 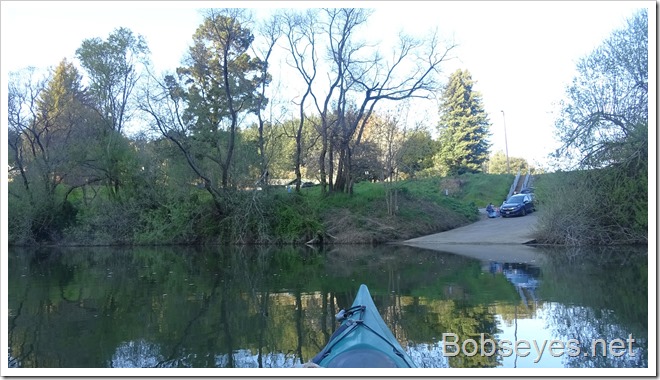 Because Ulrich paid good attention to what I had to teach him he had a real good paddle and really enjoyed it.

Ulrich at the boat ramp as we took out the boats. 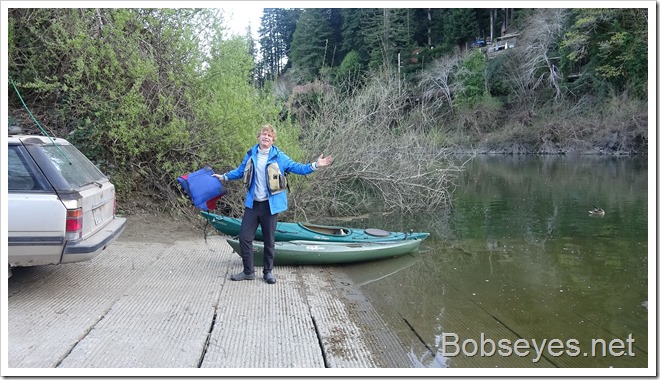 We  drove on back to my house where Ulrich took off for his home and I went out to collect today’s eggs that my girls laid today. 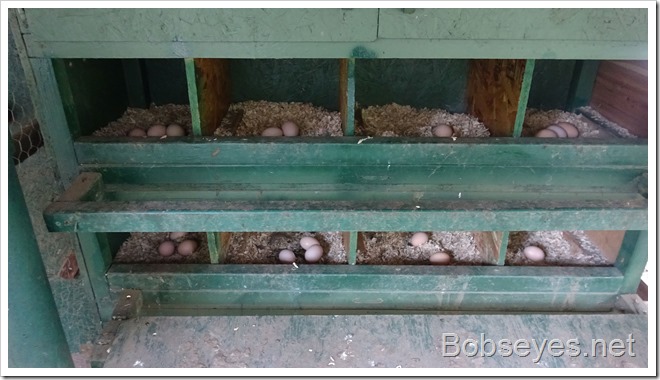 The day was about over by now so I went on in.

2 Responses to I Take Ulrich Out For His First Paddle At Monte Rio CA.