I Take Barry to Jenner to Try Out Kayaking

As I got up I heard my brother Barry outside. He was going for a dirt bike ride so I said go for a ride while I get it going for an hour or so and come back and go kayaking with me. He’s been wanting to do it for awhile now so now was the time. 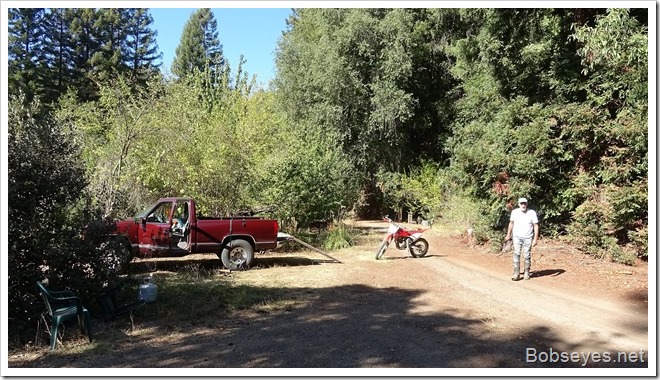 Off he went and I got something to eat.

He showed up in about an hour and off we went to Jenner to yak for the rest of the day.

We unloaded the boats at the Jenner boat ramp. I gave him some instructions on yakking and how to get in and out of the boat as that’s the hardest part of it.

I got him into the boat and told him to paddle around and I’d meet him over by the island once I got the car parked.

I met him by the island and we headed down towards the river’s mouth area along the side of the island here. The fog was waffling around going in and out but it was a pretty nice day. 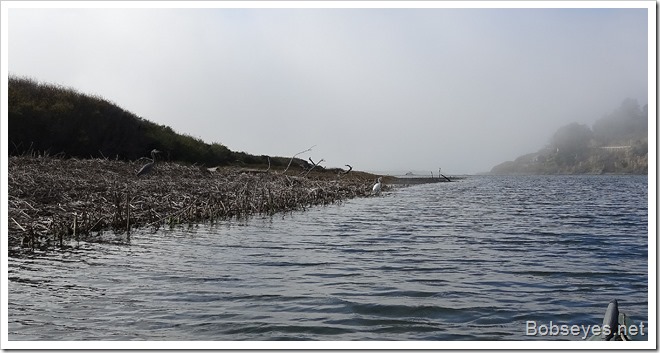 We paddled by this white egret fishing on the island’s edge and doing pretty well at it too. 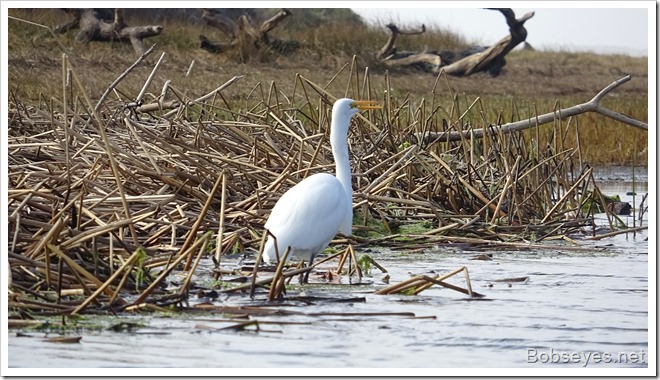 We were headed down by the river’s mouth area where we could see lots of birds flying around and on the water. 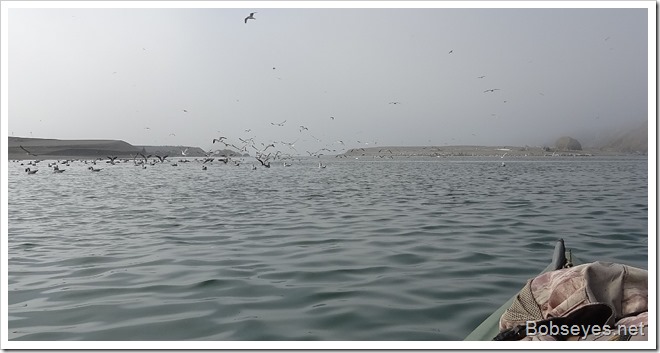 We stopped in the open mouth for a bit where there were lots of birds. 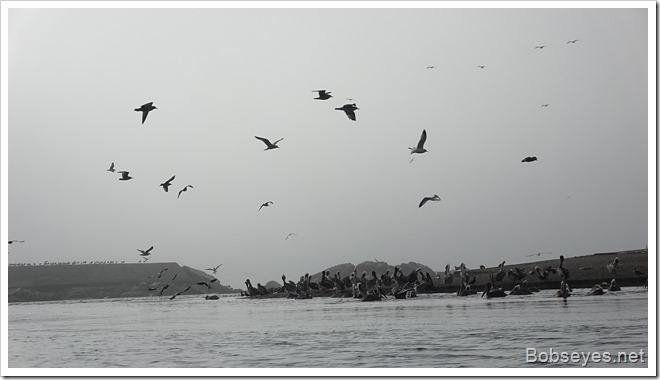 Then we continued on down to the end of the river here and went ashore for a bit so Barry could practice his landing skills, looking back up the river. 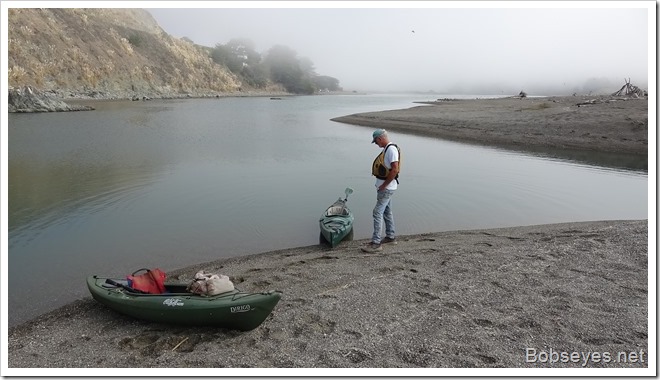 WE walked over the sandy beach to have a look at the ocean, looking north up the coast line. 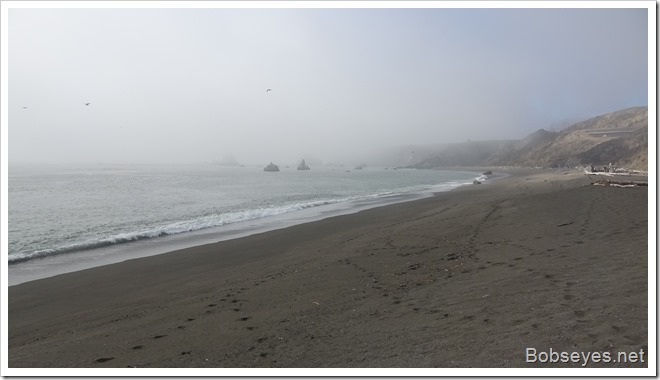 Birds at the mouth area

After that we got back in our boats and paddled back into the river’s mouth area. Lots of birds resting on the sandy beach in the fog. 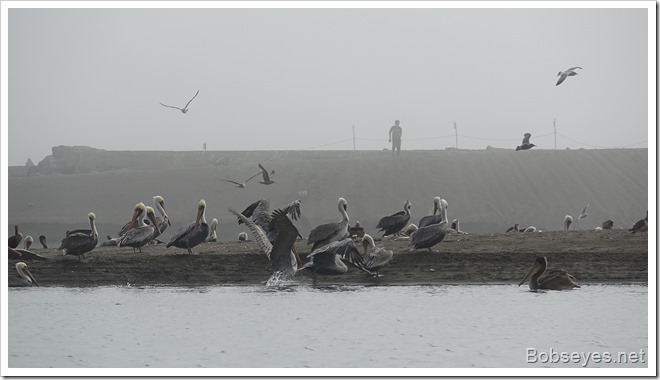 Harbor seals on the left and birds on the right. 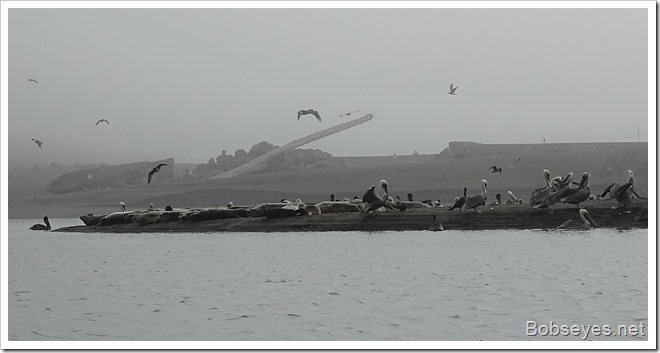 Barry was pretty impressed with all the birds and the fact he could get this close to them without them flying off. 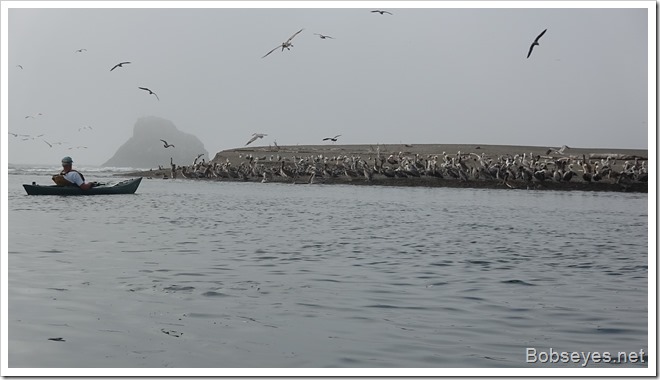 This is looking out the open mouth out into the ocean. 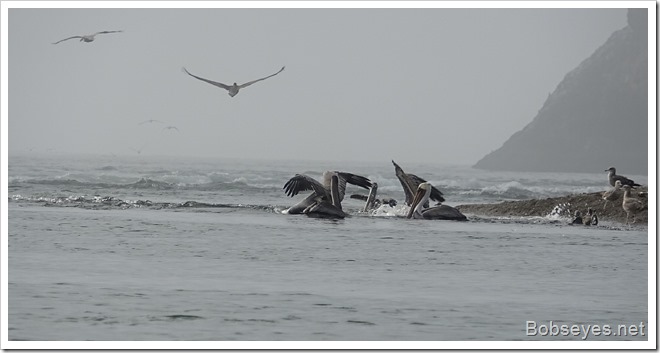 There sure were a lot of birds all over the place. One last look and we headed up the river. 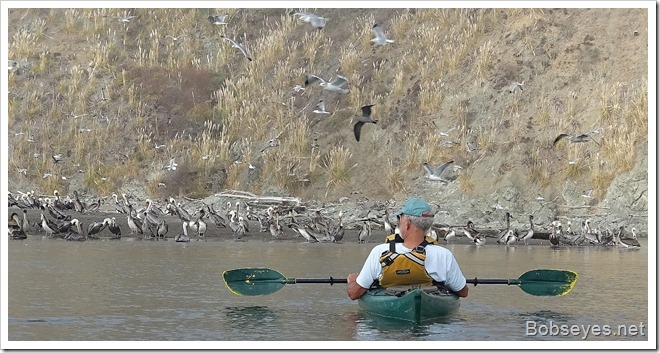 We paddled up the island’s back channel and went to shore on the island here. More practice getting in and out of his boat. 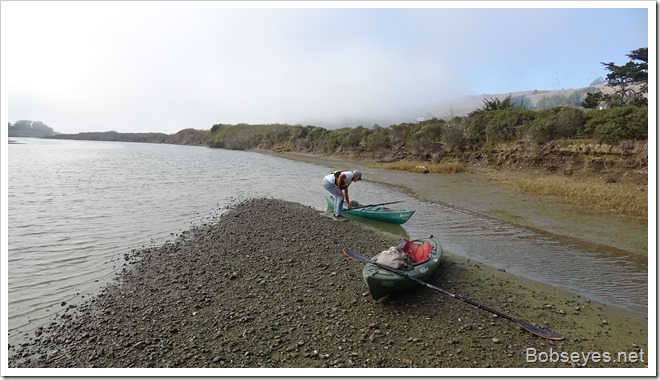 I showed him around the upper end of Penny Island where we walked through these trees. 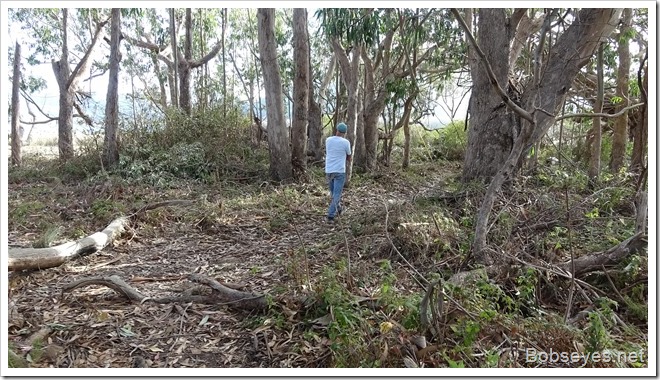 There’s an old barn there we checked out and looked around a bit at the ruins of what used to be there. 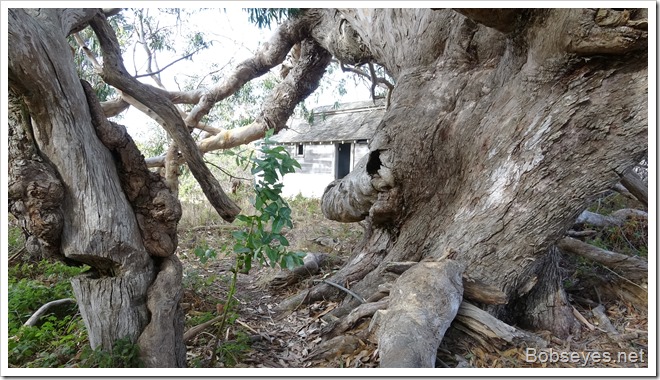 We made it back to the boat ramp where we loaded the boats on the car. 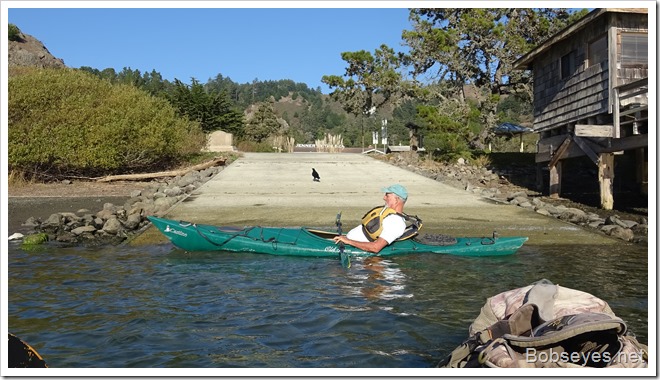 We went on home. Barry had a good time kayaking and now needs to get one of his own. Barry has been wanting to try kayaking as he wants to go out on the ocean in one and do some fishing, so now he’s ready for the next step, finding a kayak that will do the job for fishing in the ocean.