I Spent Most of the Day At the Port Orford Harbor

Smoke in the sky fog in the air

I awoke this morning under the forest’s trees. I couldn’t see the sky for all the forest fire smoke in the air.

I started down the rocky road that soon turned to pavement. I stopped here so you could see all the smoke in the sky. 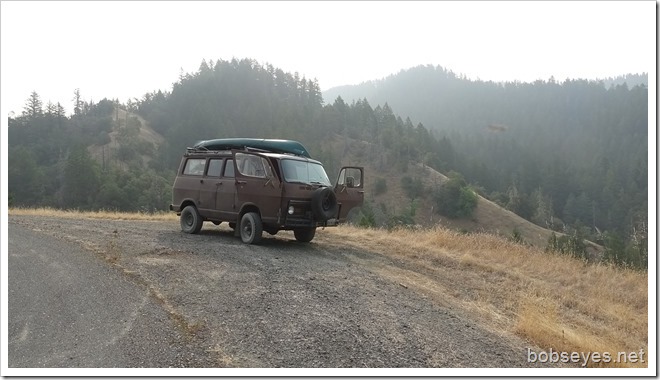 I was soon to be at the ocean where there shouldn’t be any smoke. Lots of trees though on the way. I’m about ten miles from the ocean and it still looks smoky to me. 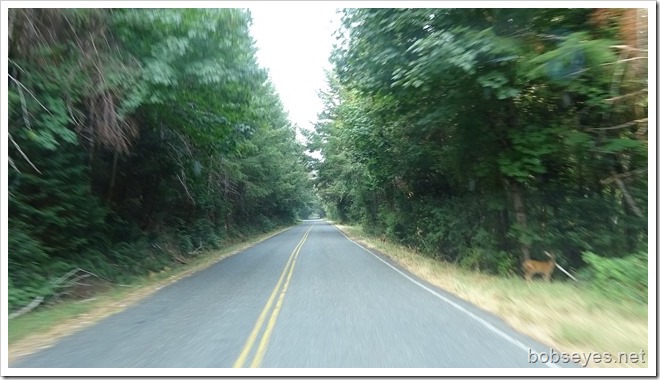 But it turned out I was wrong, the smoke near the ocean was morning fog as you can see as I come into the Gold Beach area on the ocean. The white stuff in this photo is fog, not smoke. 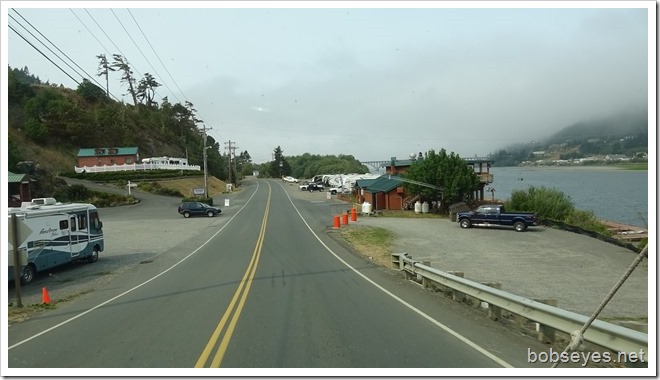 At Gold Beach Oregon I turned north on highway 101 headed to Port Orford a short distance up the road. 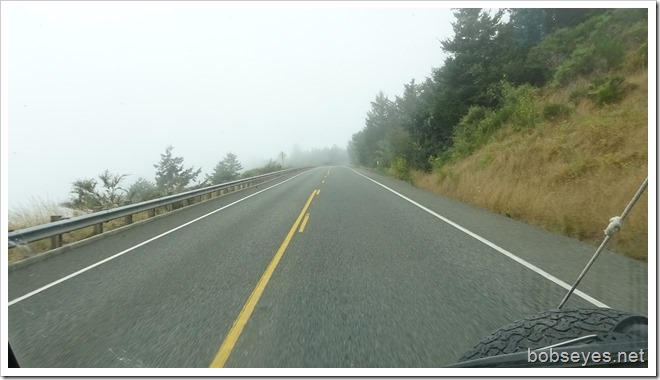 I stopped at my favorite camping spot on the way to have a look down below the road to the ocean. I plan to hike down through this area to the ocean one of the days I’m here. I want to have a look at the rocks for possible fishing. That’s the ocean in the background fogged in. 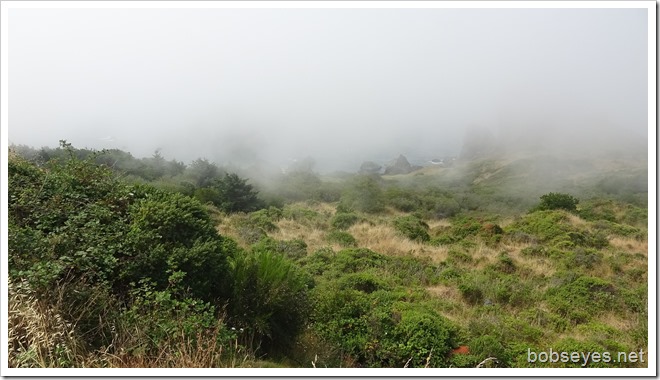 Just below Port Orford, the fog was lifting. 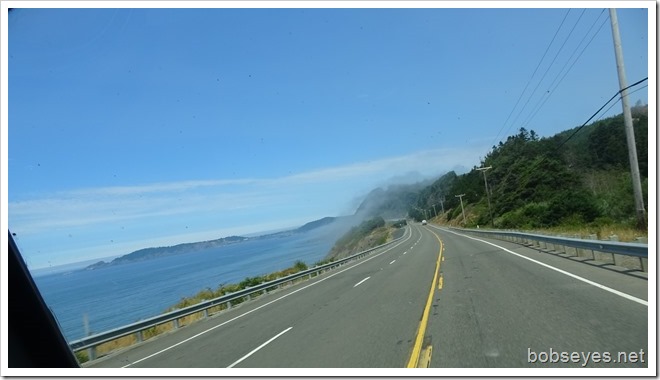 The first thing I did in Port Orford was drive up to the library to use the internet and post yesterdays blog and do some stuff on the internet. Then I found Steve at the shop and talked with him a bit.

After that I drove down to the port which is an active fishing port.

I parked here for the afternoon. 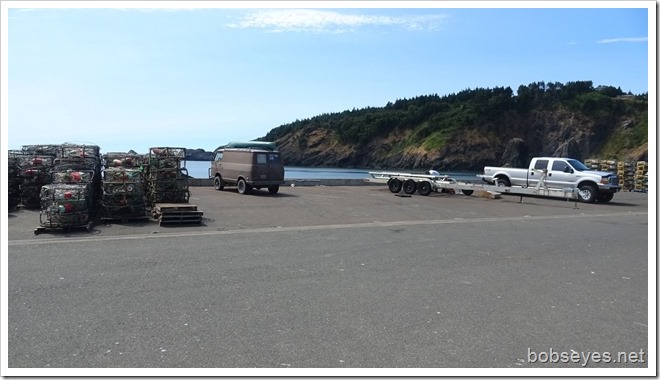 My plan was to spend the afternoon here checking things out and doing a bit of napping too.

Boats not left in the water

The boats in this port are not left in the water, but hoisted out and put on trailers like this one. 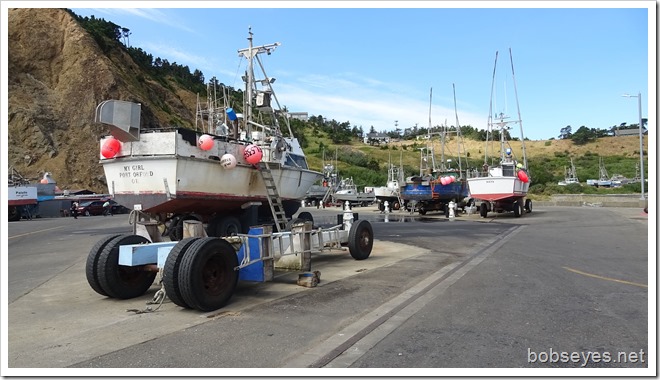 This boat is being put in position to be hoisted up and put into the water. 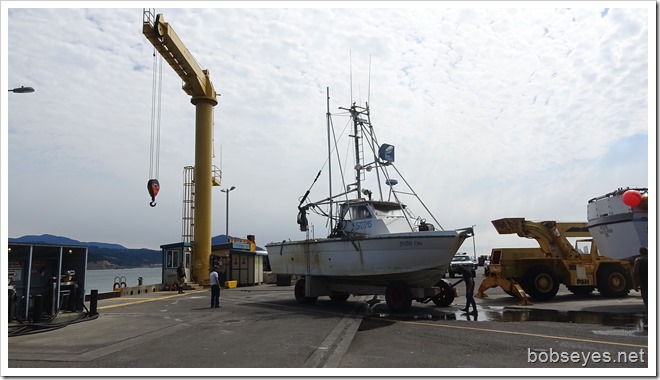 Here the boat has been lifted off the trailer and will soon be dropped over the side into the ocean below. 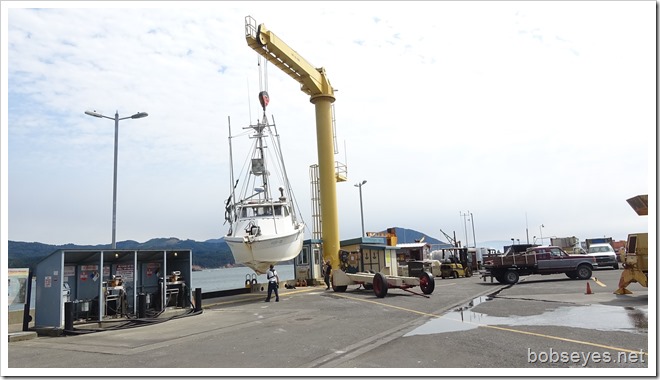 Here’s another boat they were bringing back in from the ocean. 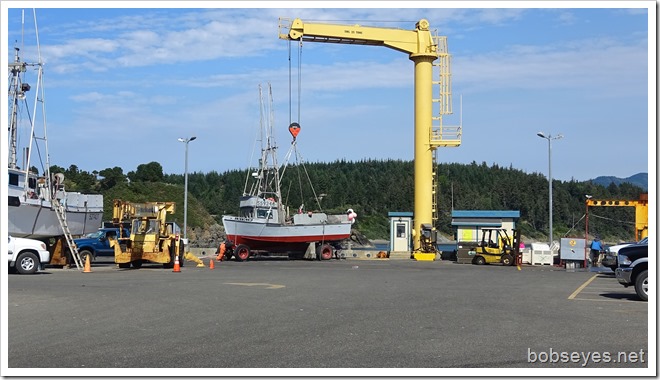 While I was taking pictures of the crane in action these two old cars sprang into my photo. 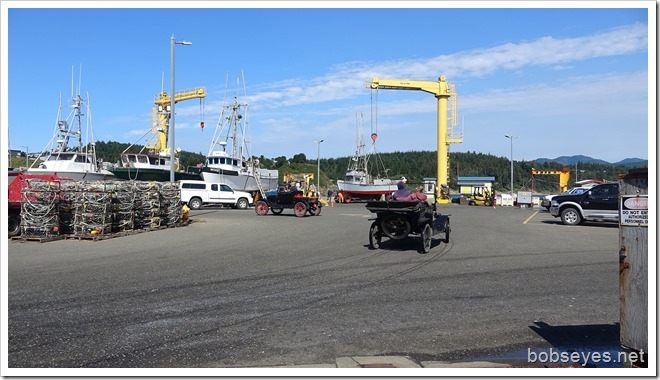 I’d return to my van between excursions around the port and this was my view out into the ocean here. 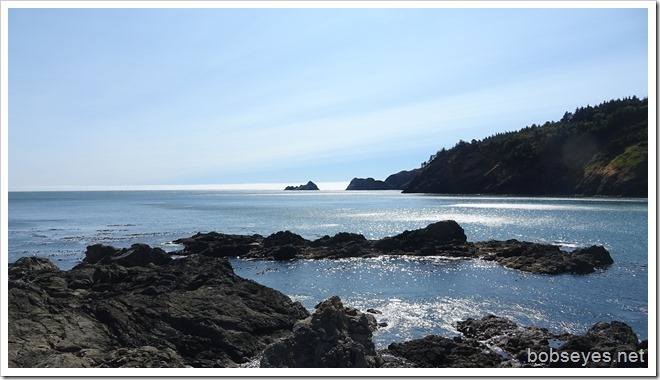 Boats bring in their catch

Around three or so in the afternoon boats started coming in with their catches for the day so I watched them unload.

I watched this lady check out this fish real good. She seemed to be a biologist working for the Oregon Fisheries and was sampling fish. 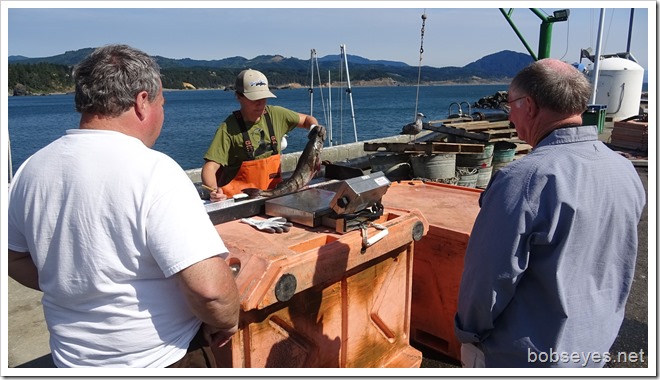 This guy was sorting fish with the hook as they came off the boats. 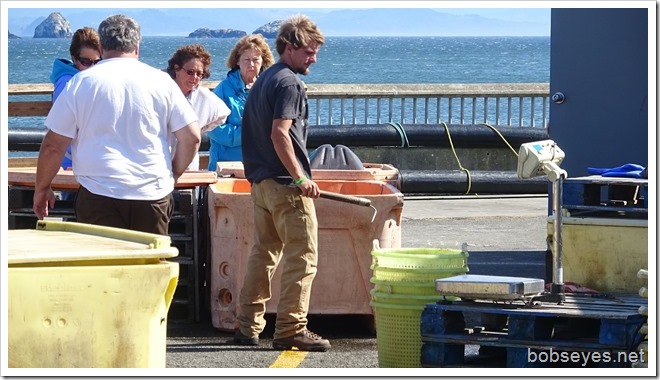 Just as I was leaving I thought I saw a whale spout out there so I watched and sure enough at least one whale was spouting, but all I caught was this fin. 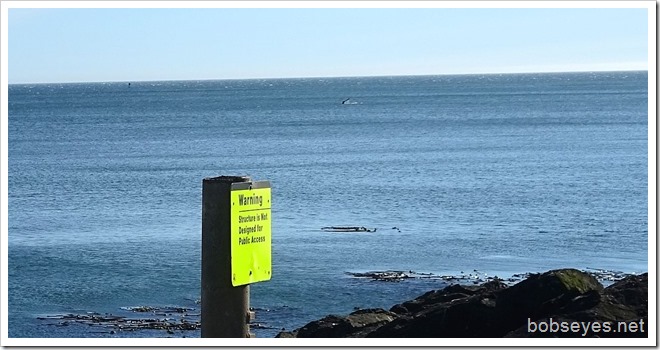 I drove over to where Steve was at the shop and followed him home. When we got there right away he put me to work on his electrical problem, seems he’s been without proper power for two weeks.

Turned out his 30 amp trailer hookup had been mis-wired and was causing some wires to burn up. After studying the problem and taking some measurements I solved the problem and put everything in order so now Steve is a happy camper.

I’m parked for the night outside Steve’s trailer.

I’m not sure what I’ll be doing tomorrow, but I’m thinking of putting my kayak in the water.