Wow what a nice day

I joined Ray and John at the ramp in Jenner this morning for a paddle around the estuary. The sun was out and the wind was down and looked like it was going to be a nice day and it was.

We put our boats in the water and headed across to Penny Island and decided to head on down along it’s edge. 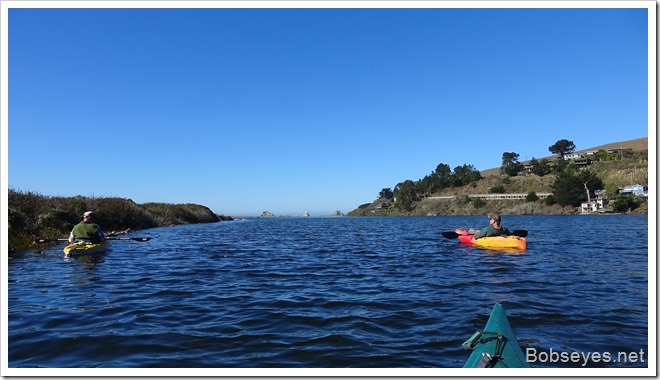 paddled onto the flooded island

With the river’s mouth closed the estuary water level was up so half the island was flooded so we headed on in to the flooded area on the island. 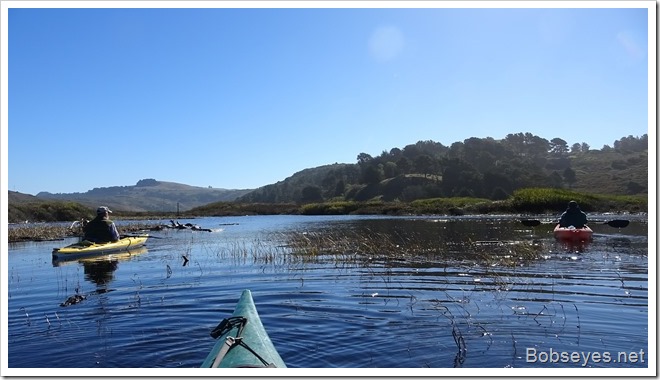 We sat around here shooting the bull for quite some time then left the island headed for the closed river’s mouth area.

Here we are just leaving the flooded island. 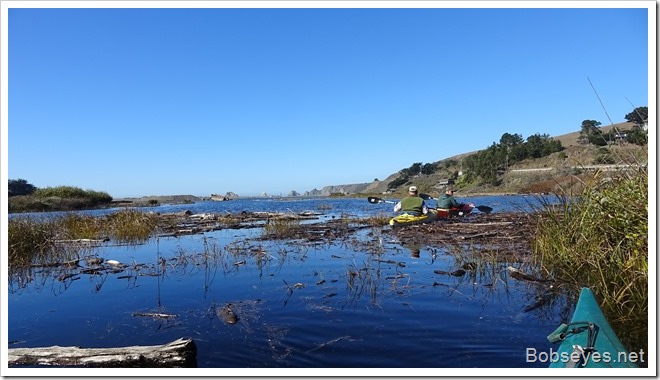 Headed for the closed river’s mouth just up ahead. Nice day eh. 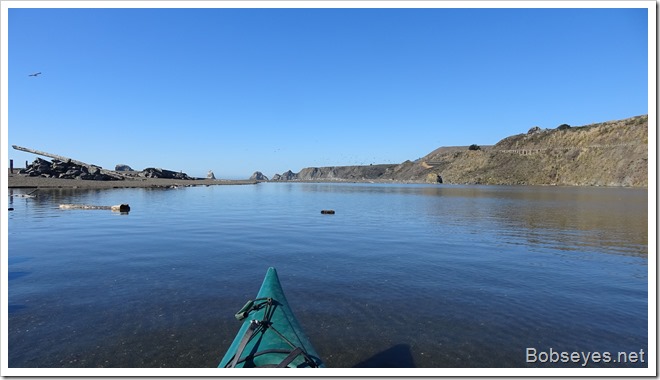 Ray got there first and said there’s some river otter’s eating some crab. They saw us coming and left the area. 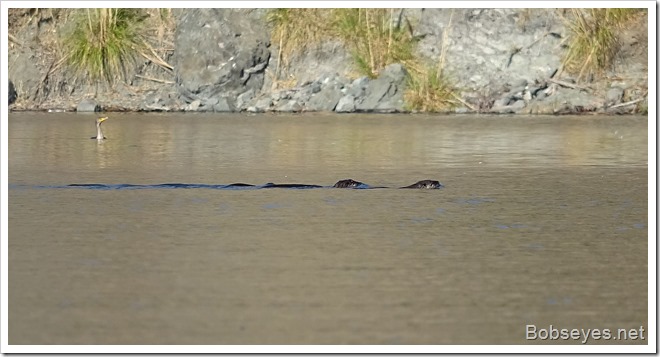 We are approaching the jetty where the river’s mouth is usually dumping water into the ocean, but it’s closed up with sand. 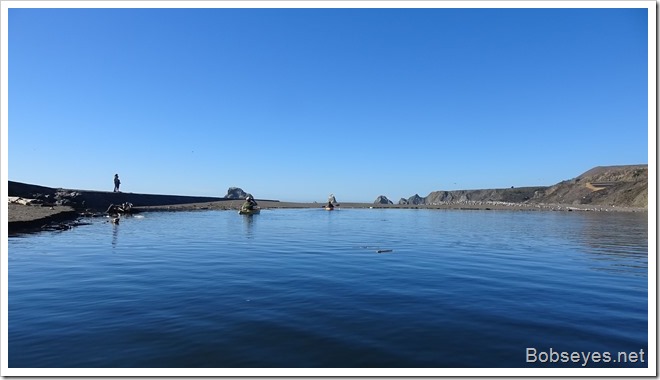 There were lots of birds down here in this area. Here’s just a few of them. 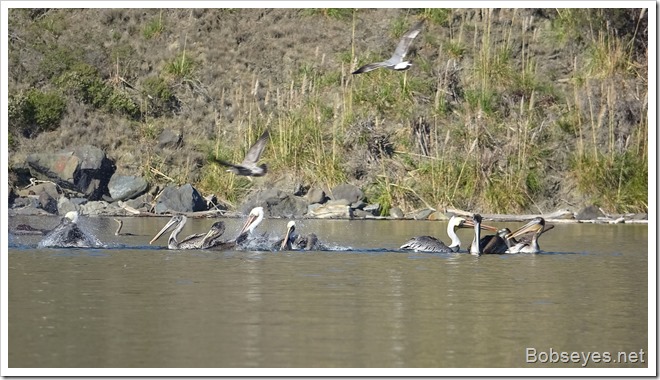 John went to shore for a bit. 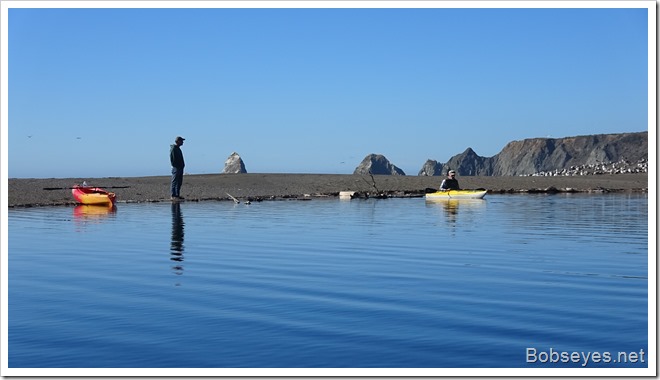 We sat around for more than an hour shooting the bull with all the birds flying round us. 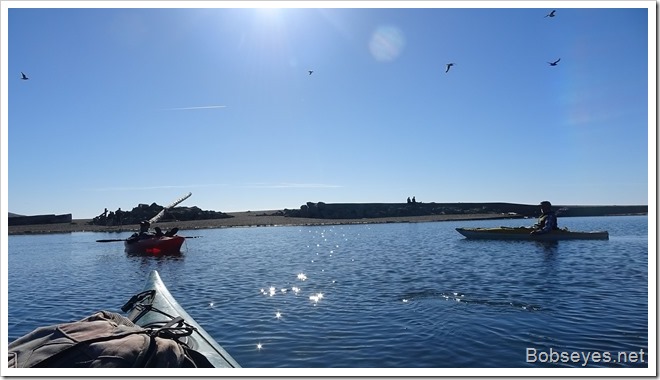 Eventually we slowly worked our way over to the back channel of Penny Island and made our way up it to the upper end of the island.

Here we are just entering the island’s back channel. 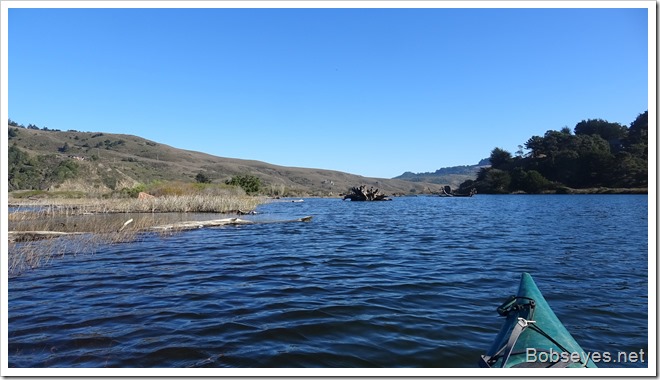 We were taking our time but eventually made it back to the launch ramp. 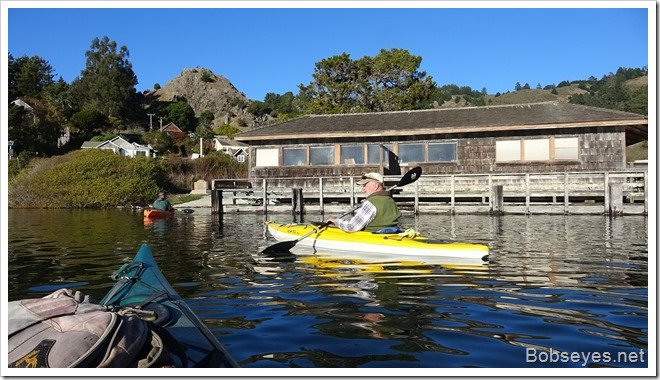 Nice day, almost too nice to leave but we did. 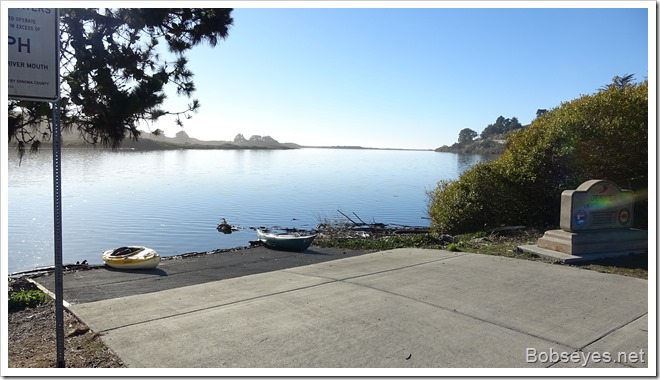 Once home I got something to eat and the day was gone and getting dark so that was it for me today.