I met Ray and his brother John down at the Jenner boat ramp this  morning. They were there as I arrived and already  had their boat in the water. So I found them shooting the bull at the end of the boat ramp.

I unloaded my boat and parked the car and  joined them as we put our boats in the water.

We headed on down towards the river’s mouth taking our time. 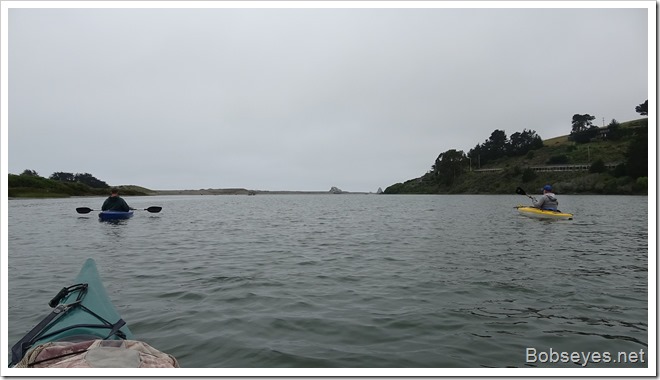 We paddled on by these mallard ducks feeding in the shallow water at the end of Penny Island. 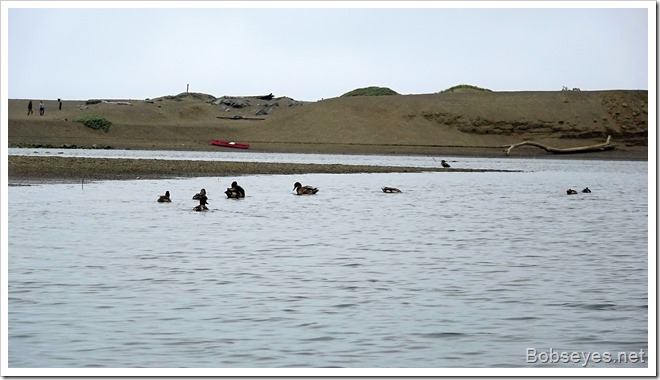 Sitting in the mouth area

We pulled into the mouth area and sat for a good while watching what was going on in the area. 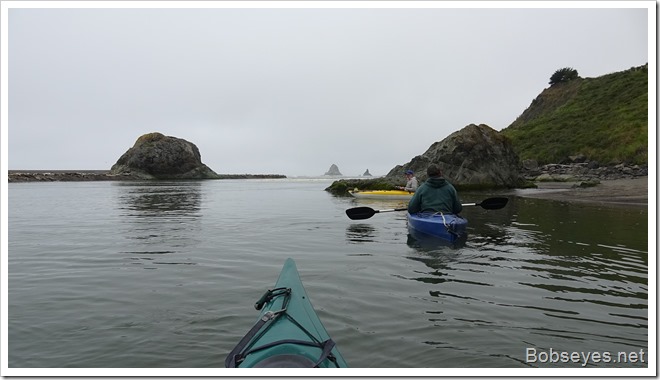 The high tide was coming in bringing this foam with it. There’s a bunch of harbor seals resting on the sand. Here’s just a few of them. 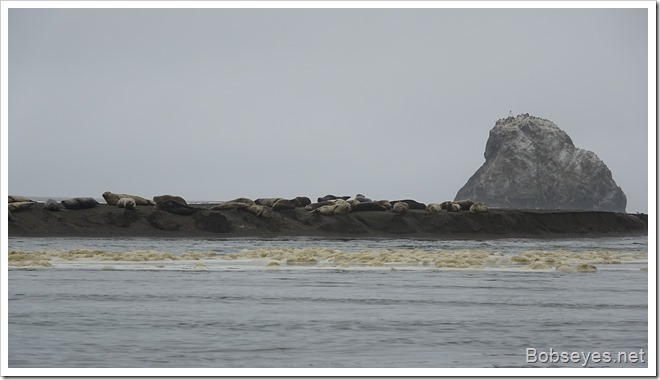 Waves were breaking over the sandy beach

A big wave broke over the sand and gave the seals a good wash dumping some of them in the river water. 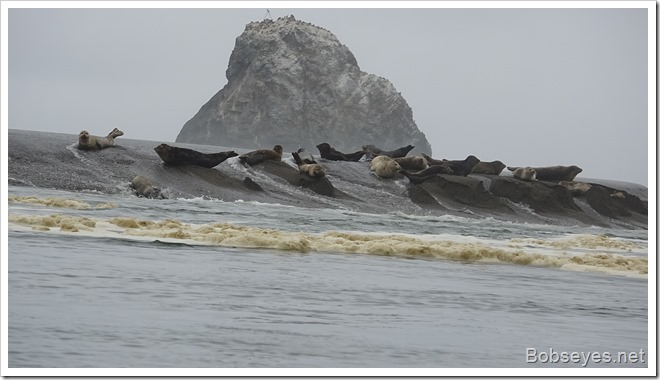 Here’s another big bunch of them with the waves washing them. 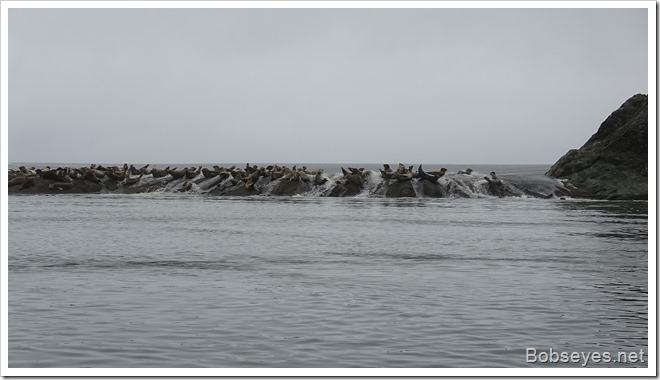 We stayed down by the mouth for quite some time but eventually started back up the river going by this brown pelican near the lower end of Penny Island. 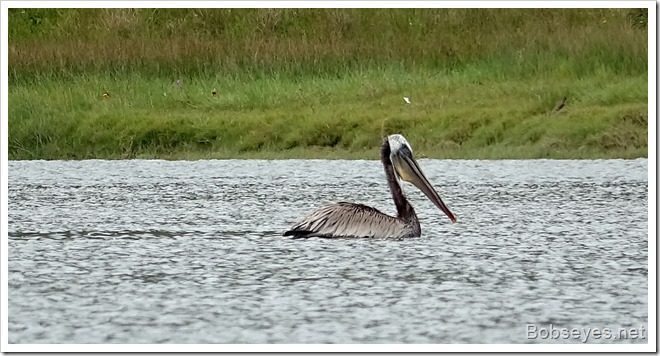 Too early for ripe berries here

We paddled on up the island’s back channel and I told the guys I wanted to stop up there just up ahead in the green grass to look for ripe blackberries so we pulled in here and looked for berries to eat. 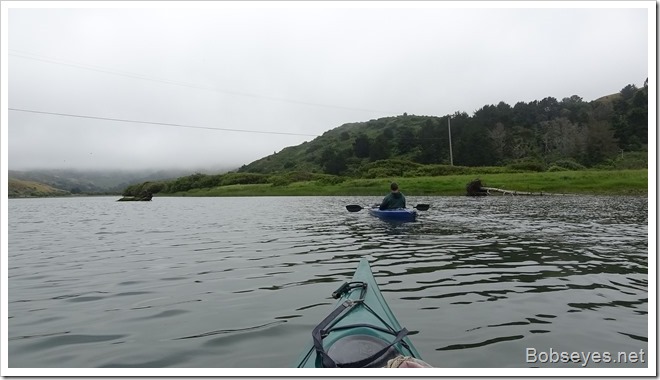 It was a little too early for them in this area, but we did get a few before continuing on up the river.

We pulled into shore in this spot at the Indian Rock Trailhead and tied our boats up getting ready for a hike up the hill. 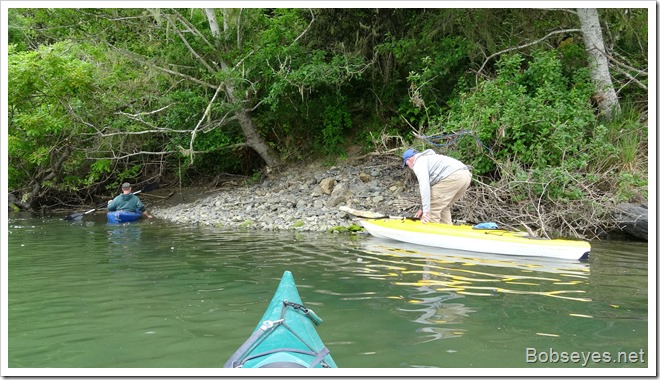 Here’s Ray on the trail up the hill. Some of the trail is rather steep. 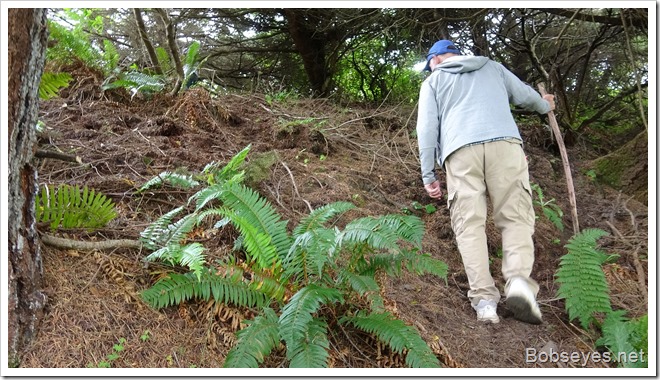 There’s the rock we are hiking to. It’s called the Old Indian women’s face, you can see her mouth open there as she’s looking up into the sky. 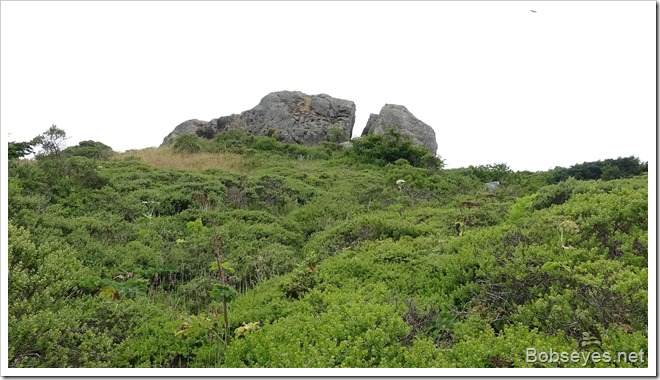 John and Ray were coming up behind me, almost to the rock. 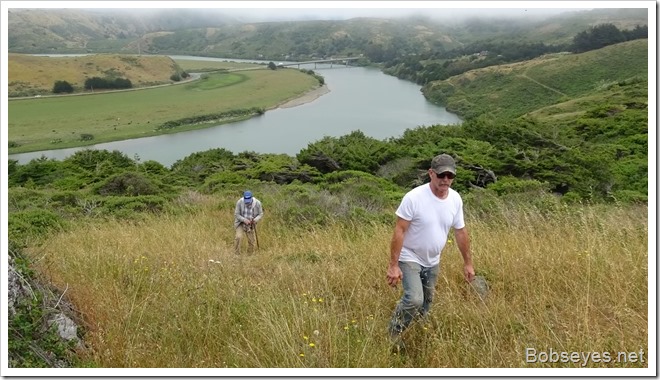 Here they are walking up onto the rock. 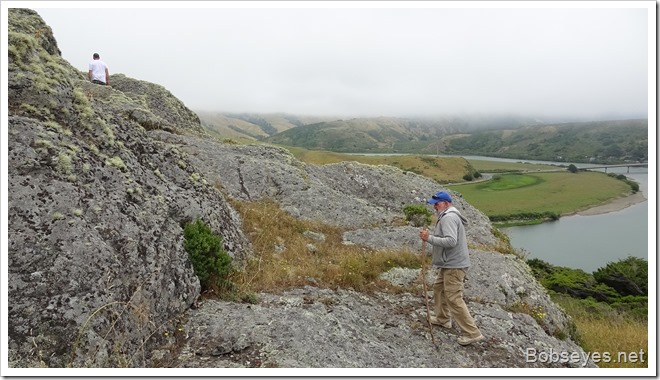 Views from the rock

There were some flowers growing on the rock. That’s Paddy’s rock down there. 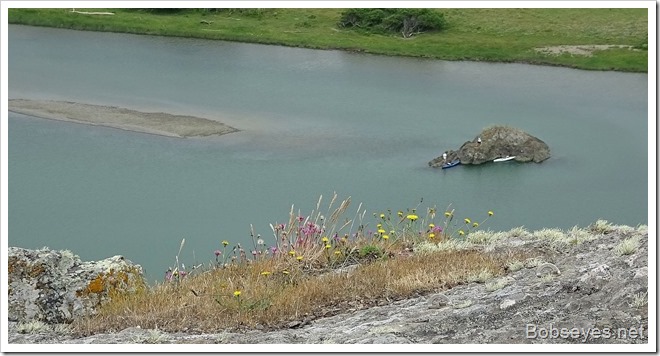 The up river view. 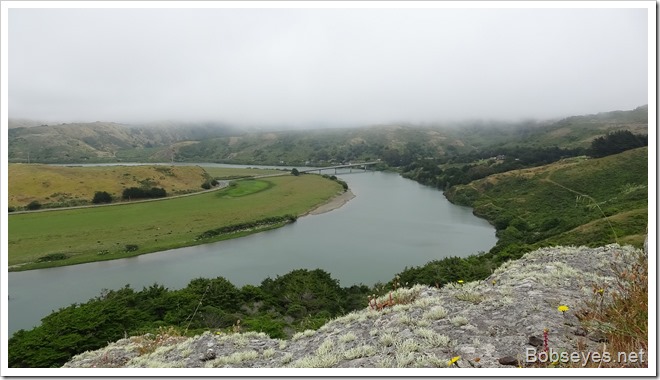 Here’s John shooting the bull and no that wasn’t a fish but I don’t remember what it was. 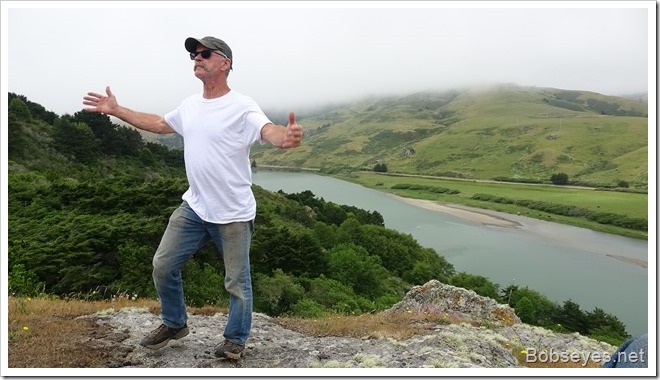 Different route back down

We spent some time resting and shooting the bull on the rock before starting back down the hill going a different route back.

We are going to go through those trees down the trail you see here. Lots of poison oak in this area. 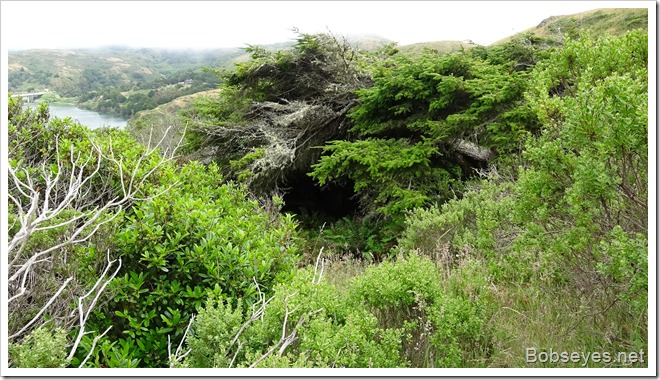 Checking out the huge nests

There were some  huge stick piles in some of the trees I wanted to check out so John climbed up to have a look. He said there was bird nest depressions in the top of the nests. My guess is owls use them as I’ve seen some owls in the area, but I’m not really sure what is using these nests. They are very old and the sticks look like they’ve been there a very long time.

We continued on down the hill through these big ferns. 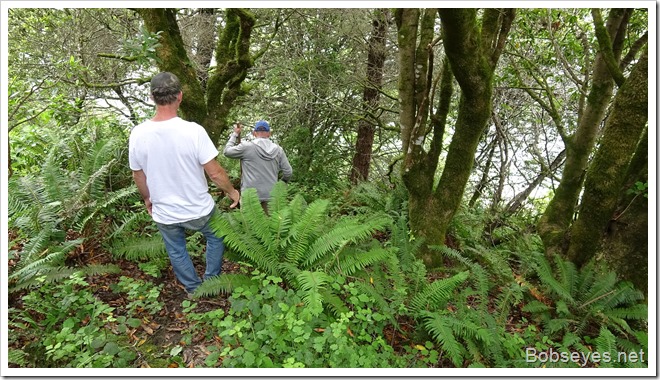 Back to the boat ramp

Our boats were still tied up down at the river so we hopped in and slowly worked our way back to the Jenner boat ramp and pulled out and went on home for the day.

All that tired me out enough to wear me out so that was pretty much it for me today.

Nice day on the water and a nice hike too.