I Help Barry Clear Trees and Brush Off the Forest Roads

I heard there was some rain coming in soon and this is the sky when I got it going today. 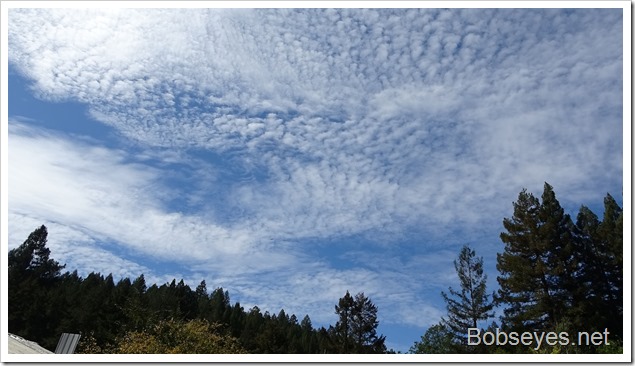 I had another look at the van’s ignition switch I need to replace. It looks like it will be easy. While I was looking at that, my brother Barry drove in. 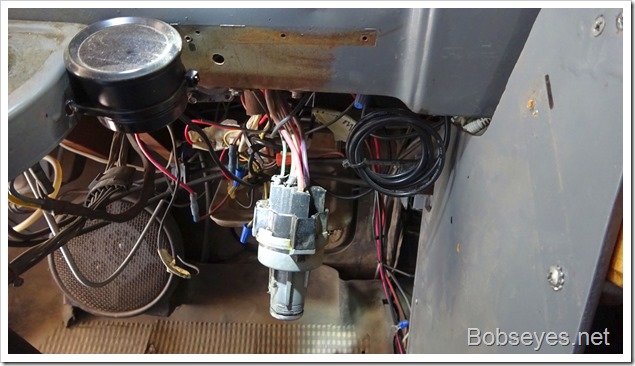 He was going up into the hills to clear roads and trim some brush off them too, so he could get his truck up there to cut wood soon. I said I’d catch up with him, up there, a bit later.

While I was sitting in a chair getting ready to ride the dirt bike up into the hills, I noticed a lot of turkey vultures flying around up in the sky near where I was going. Over fifty of them I think. They seemed to be just flying around enjoying the day. 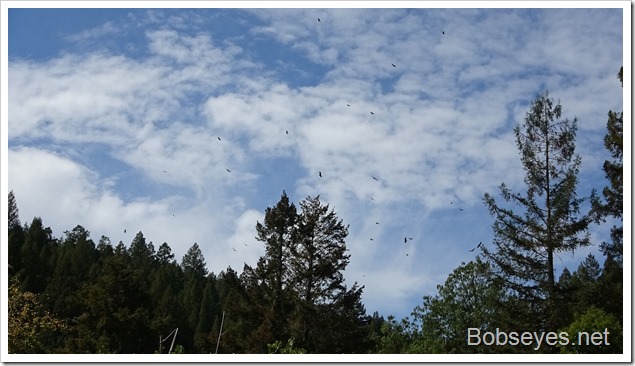 Eventually I hopped on the dirt bike and took off for the hills to see if I could find where Barry was. I had a nice ride riding around looking for him with no success until I started back and I heard him down the hill a bit so I headed that way and caught up with him here as he trimmed some branches. 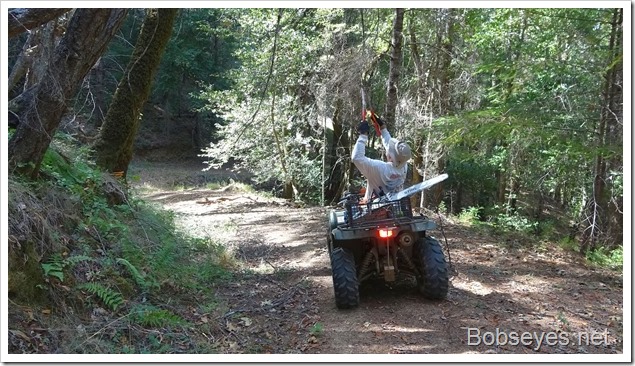 We continued on down the road to the next tree that needed trimmed. While he cut I threw little rocks and sticks off the road and then helped him clean up the debris. 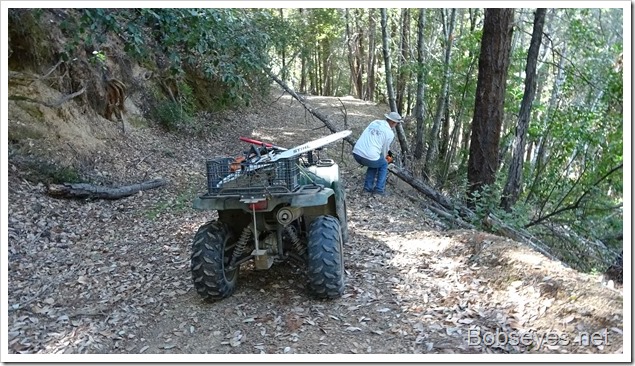 And then off to the next one at this big log I’d removed part of it the other day and he wanted to remove more of it to make it easier to get by. 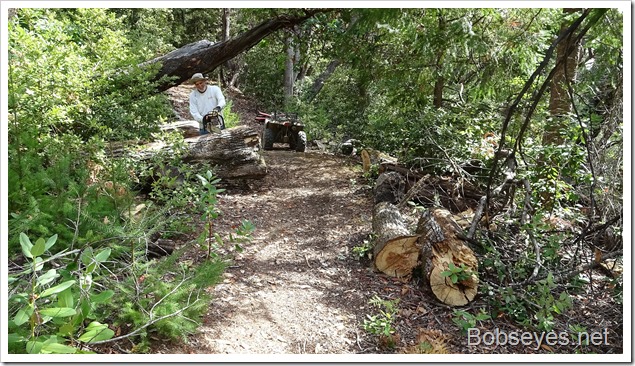 He’s trying to get it to roll out of the way. I helped and we got the road cleared. He was pretty beat after that. 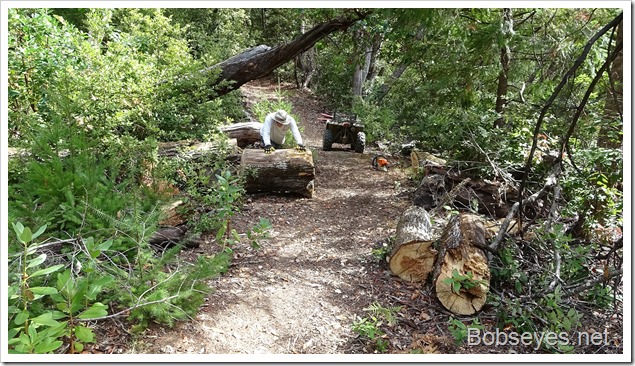 We weren’t far from our resting area on the hill top so that’s where we went for a good break. Barry had a hard time getting it going from  here but he did want to do one more trail. 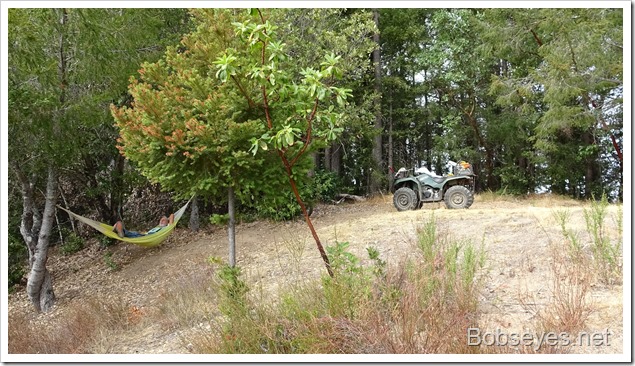 View from our rest spot on the top of the hill. 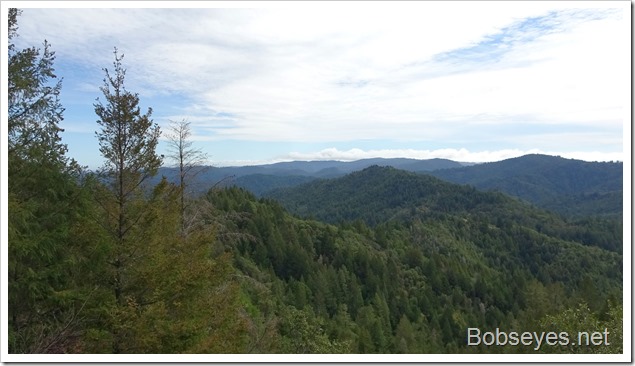 Eventually Barry rested up enough to get going again. He cut this one but there was a much bigger one just down the trail. 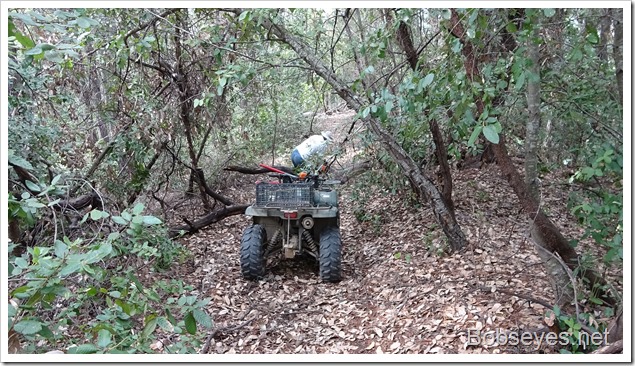 This big old rotten one took a lot of work to clear it off the trail. 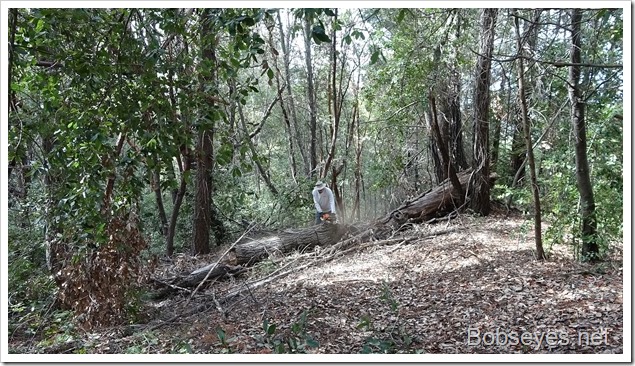 We got that trail cleared then went down to this spot. I advised to leave this one alone as it’s high in the air and might roll down the hill when cut, but he wanted to get it out of there so he took a careful cut on it. 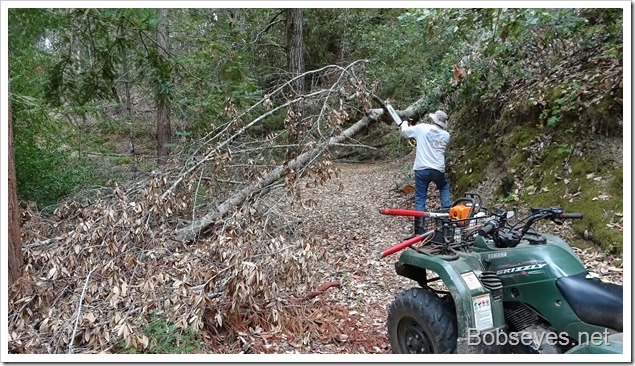 As he cut through the log, it rolled down the hill slightly and set up to be even more dangerous. It wasn’t much trouble to get him to leave it along. Maybe during the rain it will fall all the way down onto the road. If we’d had a rope we would have pulled it off the hill. One of the reason’s he decided to not mess with it is he was tuckered out from all the exercise he was getting. :O) 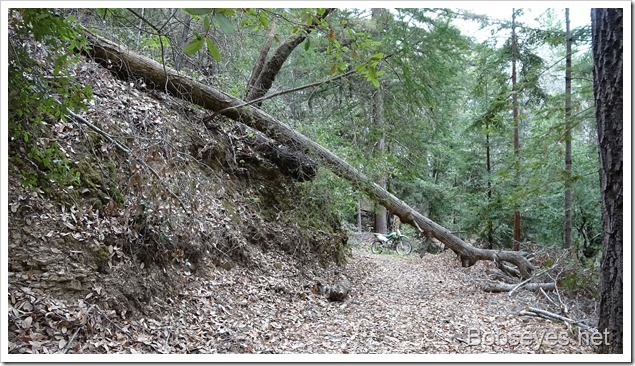 After that, the day was about done and we headed for home going by the overlook where we can see the little town of Guerneville nestled in the forest by the river. 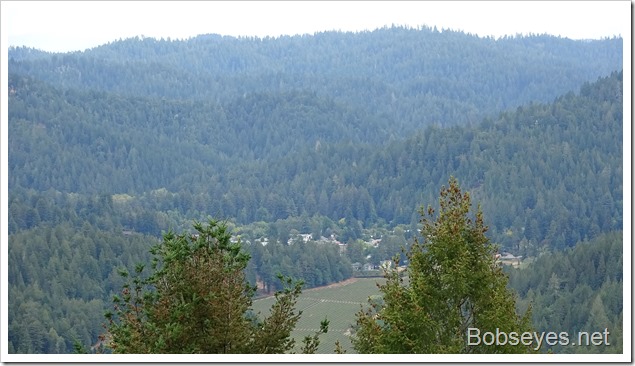 We made it back to my house.

Barry took off for home and I  headed in for a much needed nap.

Getting ready for some rain

A bit later I went out in the yard and chair hopped and made sure I was ready for some rain, putting some stuff away.

I did eat some raspberries as they are just starting to get ripe. 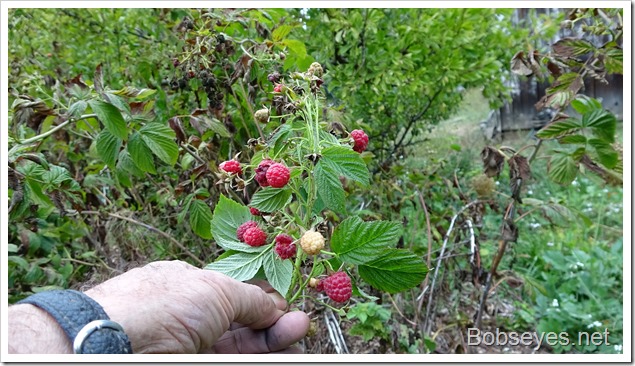