When I woke up this morning I was real couscous getting out of bed as I expected that leg muscle I messed up yesterday was going to hurt good.,,,,,,,,,,,, But

I was surprised it didn’t hurt that bad. It hurt and I had to move a bit slow but I was able to get around much better than I thought I would be able to. So that’s starting the day on a good note, at least.

I did some chair hopping around the yard until about three when I decided to go for a dirt bike ride up in the hills. I gassed the bike just to be sure it didn’t run out of gas and rode round the hills for a bit.

I’ve been trying to catch a neighbor at home and haven’t been successful so I decided to ride up to their place and see if he was home. I took this road and saw some wild turkeys hop off the road so I stopped to see if I could get any pictures, knowing I likely wouldn’t get any as they were high tailing it through the trees going down the hill. 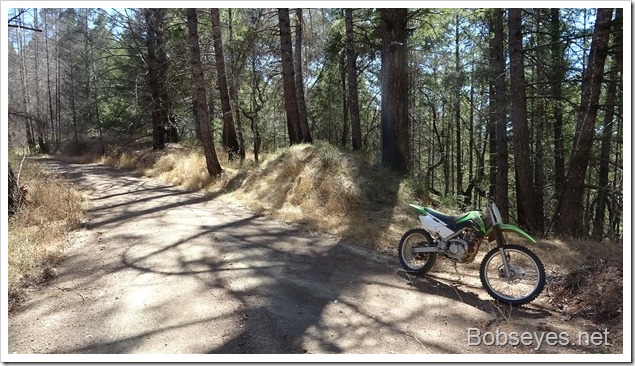 I did pick up a stick before getting back on the road.

That thing that looks like  a big stick on the road is actually a little stick in my handle bars which I’ll need in just a bit. 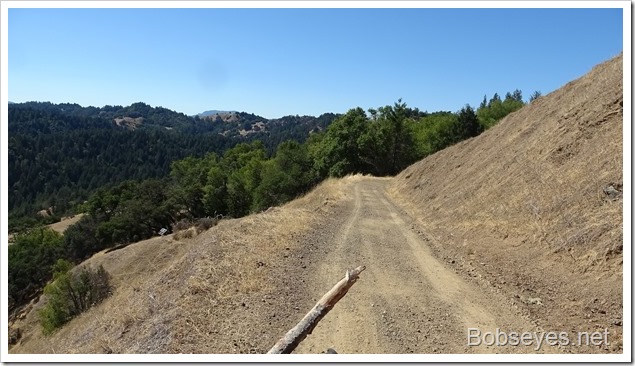 This was the view today looking west towards the ocean, just over those hills. I was wondering if I flew my drone straight up in the sky, would I see the ocean or just more blue sky? 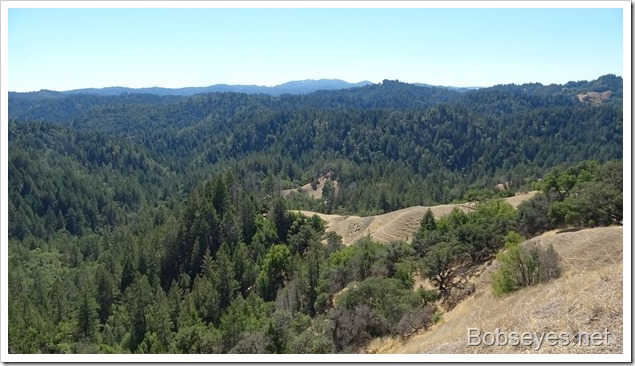 Time for the stick

I got to the neighbor’s gate and got the stick out. This is one of the dogs there and one time this guy nipped my hand, just enough to draw a bit of blood. I mentioned this to the owner and he said it’s because you didn’t bring him a stick. So the next time I brought him a stick and threw it for him and did some tug of war with him with it and all was good. 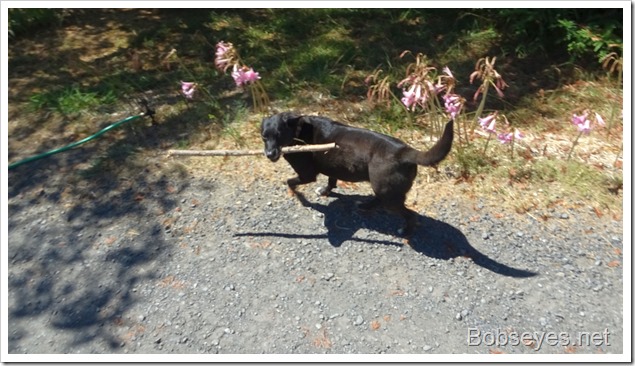 With three dogs barking at me I went through the gate and found Rob home for a change, as well as his wife and kids.

Rob knew why I was there and he suggested we get some tools and go remove some big ferns from a water spring he wants me to help him tap.

So after some visiting we took the tools over to these big ferns were some water was coming out of the ground, just behind a big fern. I suggested we dig out that big fern so we could see what was going on as far as the spring water and to give us some room to work.

Rob starts out doing the work, but I was soon in there helping him. 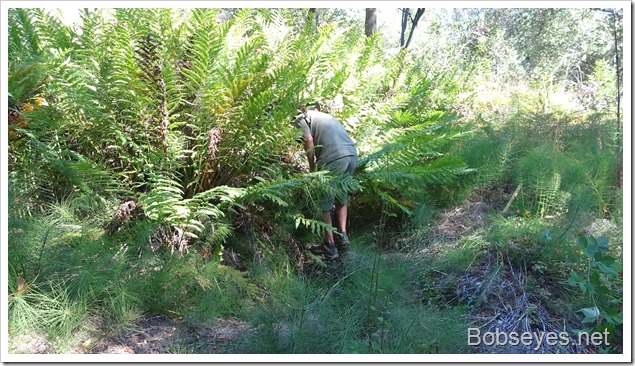 It wasn’t a very big job, and only took us about fifteen minutes to get the fern out of the way. 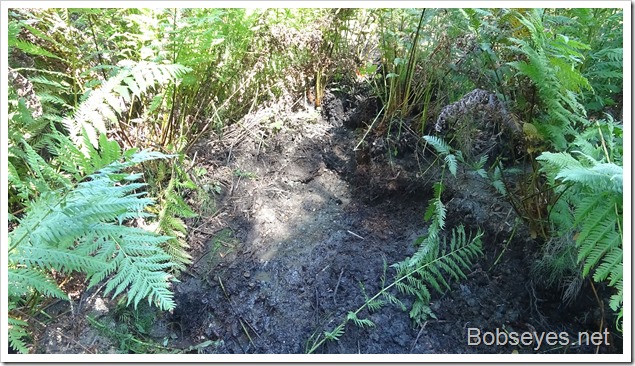 Plenty of nice fresh spring water coming out of the ground here. There’s plenty of nice blue clay here too which we’ll use to help tap this spring but not today. We got done what we needed to for the day and will do the next step when he gets a couple things together. 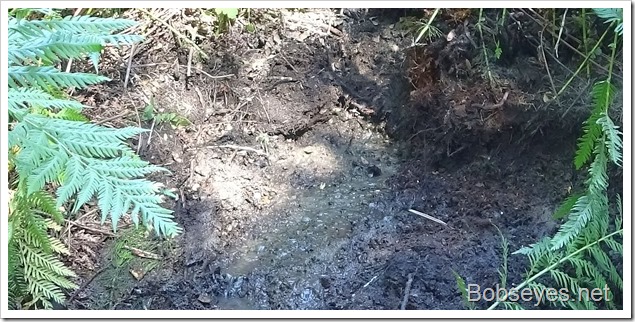 It looks like a perfect spring to tap and with it already having blue clay, that made it even better and it should only take about a half hour or so to tap when we get to it.

Now that we had all the work done, we walked the short distance to their pond. As we approached his wife yelled out to wait until she got some clothes on as she was swimming. It reminded me of the pond I had by my house when I lived up in a hunter’s cabin. It’s a nice way to cool down on a hot day. We sat on the dock and shot the bull for a bit. 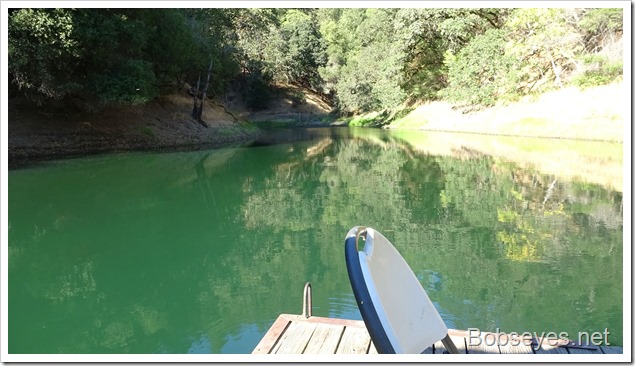 Rob and I made some plans to go check out another spring where he’s been working on a house that burned down during the forest fire a couple years ago. It turned out to be a place I used to visit to steel an orange once in awhile as the place used to be abandoned. He says the orange tree is still there. We used to ride our mountain scooters over there as a friend lived close by.

I headed for home.

I watched the rats eat more bait last night. I’m not sure but there may be less of them. I decided to just keep baiting them and watching to see if I can determine if the baking soda is working or not.