After I got it going this morning I had some time to go for a dirt bike ride. I wanted to visit some neighbors up in the hills, Robert and his gang, so off I went around noon.

It was a bit windy today so I was also keeping an eye out for any fire flare ups but didn’t see any.

I made it to where this gate was open during the forest fire but now it was closed. I started to turn around and realized I could get through the hole under the metal bar on the right so I went on through to Robert’s place but no one was home except their three dogs which were mostly friendly. 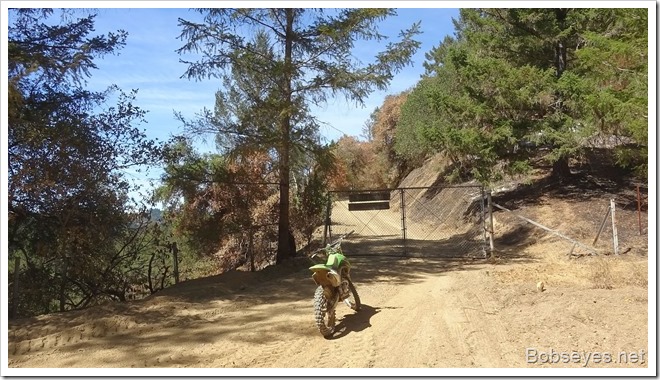 I rode up this rode where you can see where the fire burned. The Pacific ocean is just over those hills. With all the dried out trees the forest is still very dangerous as far as having lots of fuel to restart a forest fire, especially if the wind picks up enough to blow flames into the tree tops. So it’s important to put out and small spot fires that may flare up from burning roots and tree trucks underground. 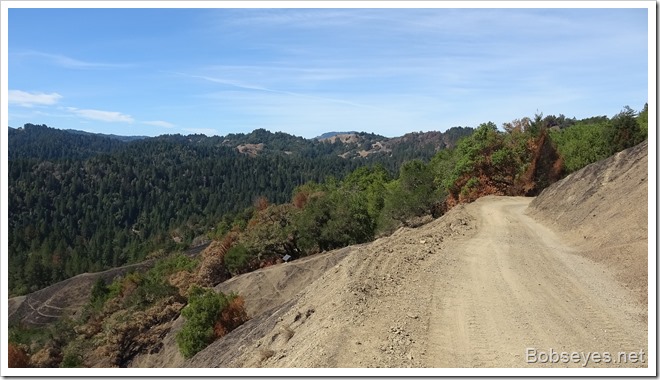 I knew the neighbor I wanted to visit was just here as there were fresh tractor tracks so I rode around a bit to look for him but I couldn’t find him.

A bone to pick

I was heading home when I went by his neighbors place which I hadn’t met yet so I stopped in there. The guy said he had a bone to pick with me so I said let’s have it. It seems he was a bit upset that I  hadn’t stopped in to introduce myself when I rode the dirt bike through his property during the fire and was letting me know he was upset about it.

The only thing to do was agree with him and apologize so that’s what I did.

I could of said he wasn’t home during most of the fire when I first went by but I didn’t think that would solve anything so I took the easy way out and let him say his piece and get it over with.

He calmed down after he said his piece. :O)

I then asked if he knew where his neighbor was that I’d come up to visit and he said he just left him twenty minutes ago and he should be some place close by so I apologized one more time and took off looking for the neighbor I came up to visit.

I did find his tractor but not him. I think the forest fire burned up a lot of his plastic water pipe that was on top of the ground and maybe it burned up a water tank too or he’s just taking this time to add a tank.

Anyway he has it well secured to the bucket to transport it to where he needs it. 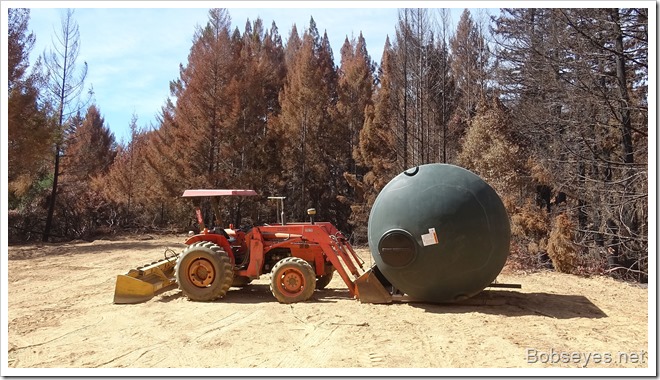 I rode around just a bit more but he seems to  have disappeared so I headed back towards our property when I went past these wild turkeys in the grass. They sure blend in well. 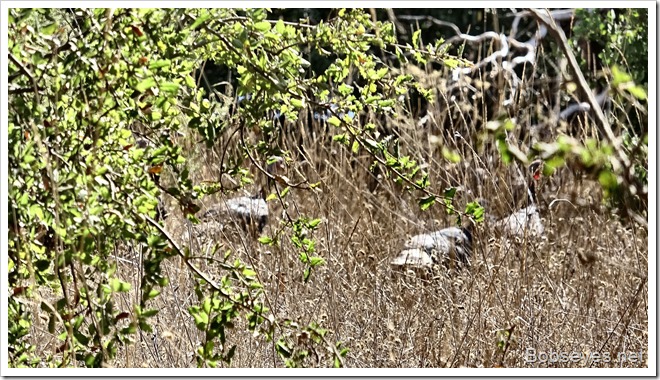 I detoured to the Guerneville overlook to have a look here. 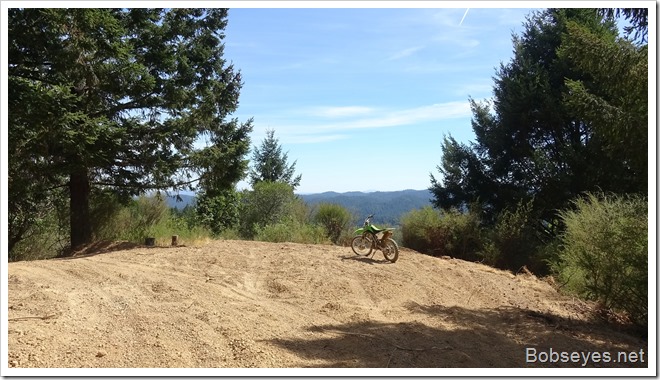 Guerneville is down there in the trees and most of the forest fire smoke is gone, just a tiny bit left which todays wind should blow on out over to the desert where I’m headed tomorrow. 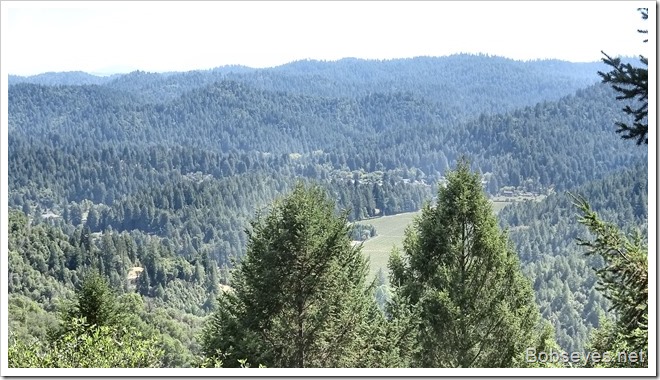 Well ok, my visit was a bust but I did get a dirt bike ride in.

Back at the house I puttered around loading up the van with the last few things except for some food.

I took care of the chickens and filled all the feed containers so my chicken assistant will have plenty of feed to feed the chickens.

I also did some watering here and there in the yard, especially doing my mulberry tree and some cherry trees hoping to have more fruit on them next year as this year the crop was sparse, especially on the cherry trees.

Just before dark my chicken assistant came by and I reviewed with her what needs to be done to take care of the chickens while I’m away.

Off on to the desert

I’ll be taking off to Fallon, Nevada tomorrow morning with Patti and Marty in their van. They have some internet access so if we can get a lock I’ll be able to upload from out in the desert otherwise I’ll have to do it when I get a connection which could be a few days.

We’ll be checking out the desert to the northeast and east of Fallon to see what we can see. The maps show quite a few little lakes in that area and a river so it should be interesting.

(Visited 243 times, 1 visits today)
This entry was posted in Uncategorized and tagged prepping the van for a trip. Bookmark the permalink.