First thing this morning the oil and water was checked on the van’s engine. A bit of oil was added to bring the level up to full on the stick and the water level looked good. I checked everything out with a visual and closed up the bonnet ready to go.

My van needed propane for the trip so I headed to downtown Guerneville and stopped in here to fill er up. I shot the bull with the guy for a bit then went on home. , I think his name was Chris. Good guy I’ll go back there next time. 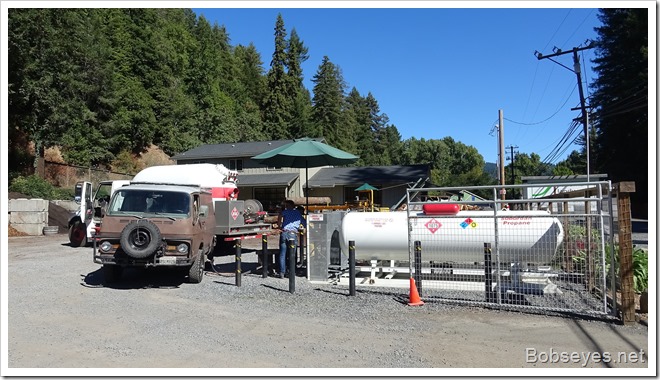 Around noon I got an email from John saying there were no more out of state deer tags available in Idaho so they weren’t going. I thought, well John, join me on my adventure  and see some new country with a guide even, to the Jarbidge area so I decided to talk to him about it later today.

I decided not to leave tomorrow as I was only leaving then to meet up with the guys but now I don’t have to.

This is all the dirt I moved out of the chicken’s mulch pen area in the last couple of days. 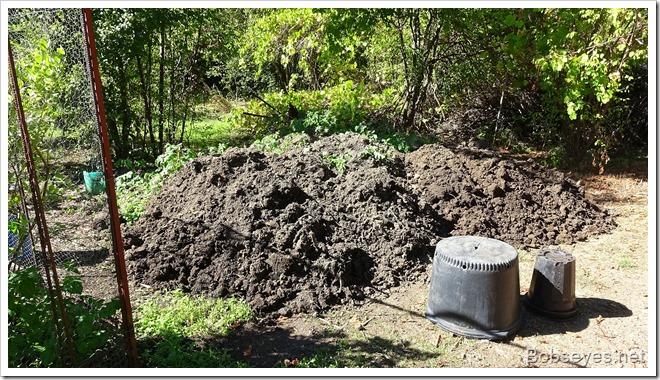 I needed to dig along this fence to bury some wire to keep the chickens in.

The ditch is dug and the wire is installed and a little dirt put back in the ditch. I’ll let the chickens smooth it all out. 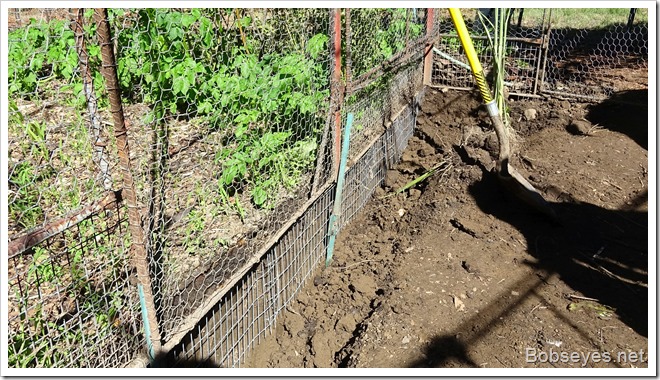 Here’s a close up of the wire I put in the ground, all done and ready for the chickens to do their thing. They love to scratch in loose dirt. 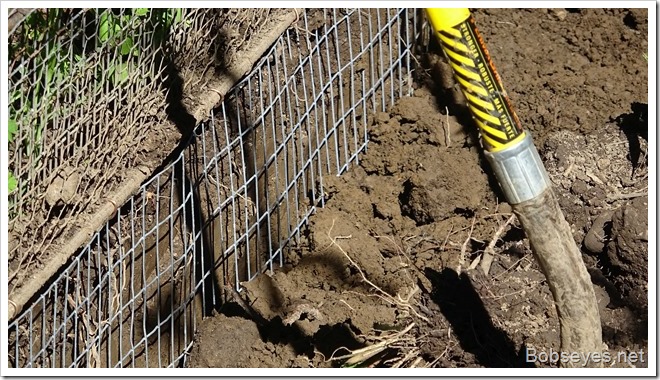 Let the chickens back in

The chickens were waiting at the gate begging to get in so the gate was opened and the chickens did their thing. In the mean time I got another load of woodchips to put in there after the chickens get it smoothed out. The woodchips will help keep the mud down. 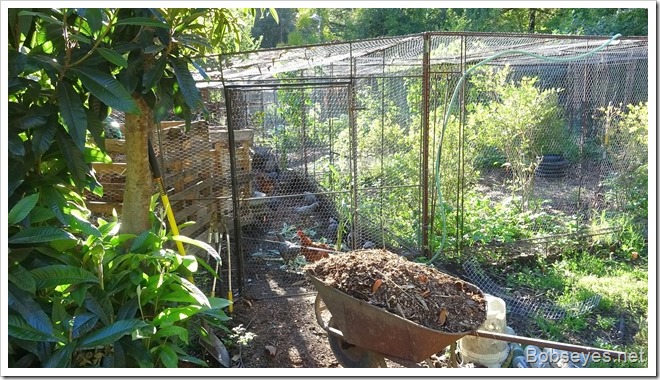 Around 4:30 I drove on down to John’s house and found him out in his shop a bit on the down side to say the least.

After talking with him on what’s going on in Idaho with the other guys that are already there and what his plans are I offered the trip with me in his truck not to hunt but to explore a new area.

No go with John

But he was stubborn as guys are and would have none of it. Too bad I could of used a traveling partner.

But that’s ok as traveling by oneself I can do whatever I feel like and no one else to consult with so it’s very easy to play it by ear as I like to travel playing things by ear as I go. It makes for more of an adventure that way. I guess you could say it’s spontaneous travel and exploring.

So I’ll be headed for the northeastern part of Nevada soon for my next adventure where I’ll camp and explore and maybe visit with some of the locals I’ve met in the area.

This evening I showed my chicken assistant, Dominique, what to do while I’m gone, as far as feeding and watering the chickens. I showed her how to open a grain bag by pulling the paper strip which should let the tie string unravel. If you get it right the sacks open easily. Get it wrong and you have to cut each string loop to get into the sack which is a lot of work.

She also got a lesson on mixing up the seeds by just adding different scoops to the bucket so they get mixed as each scoop is added. This gets scooped into the feeders with a scoop which tends to mix the seed some more which is good enough for the chickens. I used to put it all in a bucket and then mix it all up by hand, but this type of mixing is hard and dusty and not necessary for the chickens so now I do it the easy way. I don’t think the chickens care one way or the other as long as they get fed.

And that was my day for a good one, except for the disappointing news of John not going hunting.

(Visited 136 times, 1 visits today)
This entry was posted in Uncategorized and tagged Jarbidge Trip prepping the van. Bookmark the permalink.