They left without me

I got up pretty early this morning, but when I went over to the main house everyone was gone. I knew where they went, but was surprised they left so early. Not to be left out, I drove my van up forest road 62 until I found Dan’s truck along side the road where I too stopped.

I found Sue first and she pointed to where Dan was so I joined him hunting mushrooms. Morels like to grow in fire burns and disturbed areas so we were hunting in a section of the forest that burned two years ago. 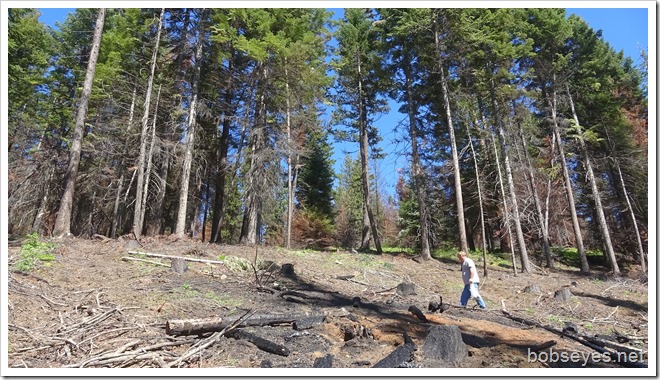 At first we didn’t have much luck but eventually we found some in this burned over area. 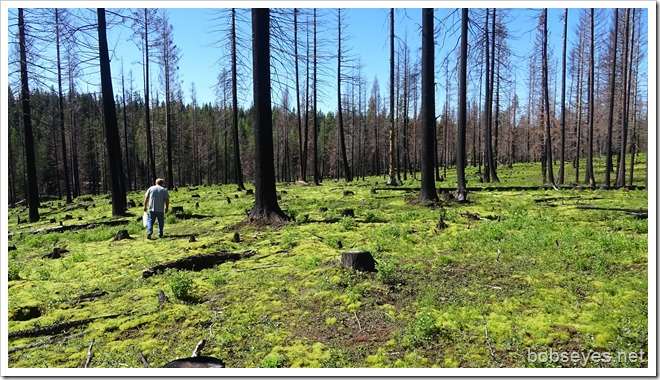 This was one of my best finds today, a clump of morel mushrooms. Yummy. 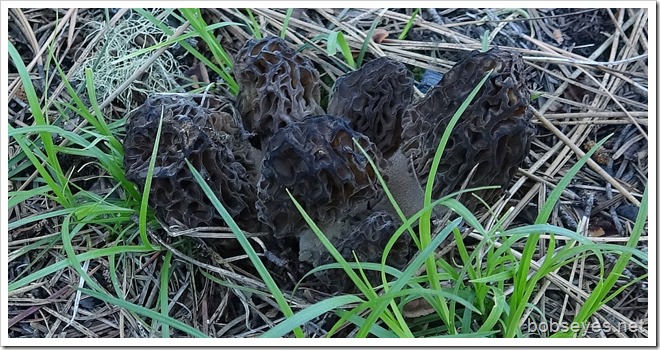 We moved higher up in the mountains to  have a look. 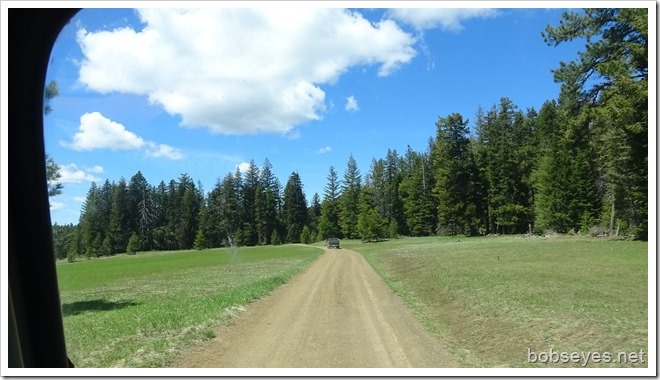 We continued on up through this area. Dan was headed to a place called Elk Flat Trailhead with me following behind him and Sue. 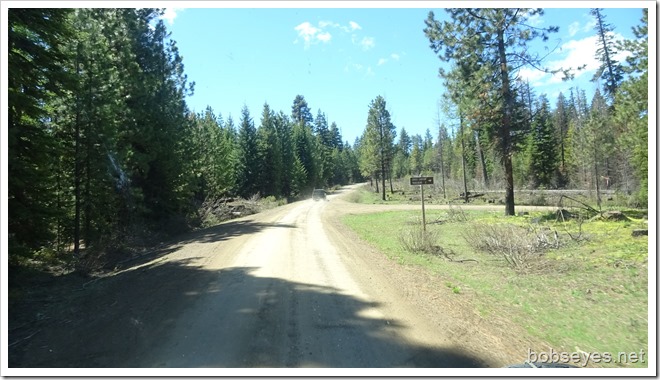 We drove quite a ways to Elk Flat Trailhead and parked here to look for mushrooms. 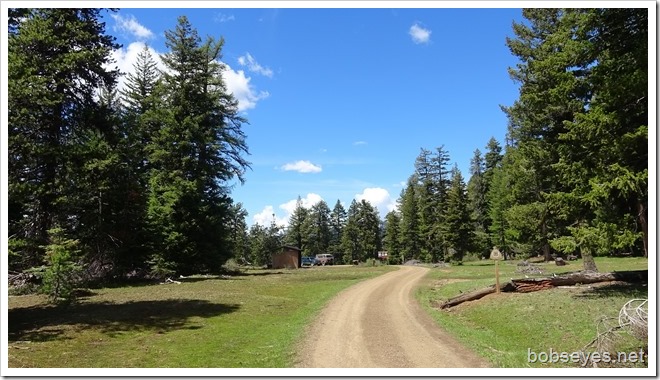 I went off to look in one direction and Dan another and Sue took off in her walker too.

While looking for shrooms I saw some movement by this big tree that turned out to be a chipmunk. I bet it was eating some morels too. 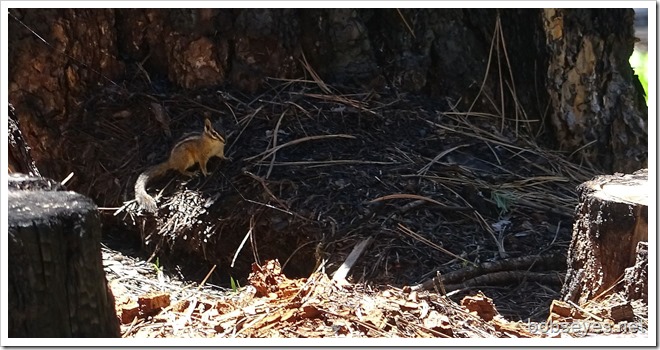 I ran into Dan and he said he was about as beat as I was. I asked where Sue was and he pointed out where she was. So I went over to Sue and advised her she better make a U turn soon and head back to the truck as it would take a bit for her to get out of the place she was.

I caught up with Sue here. She had found four mushrooms and was pleased to be out mushrooming and being able to find some shrooms too. I’m not sure how she maneuvered through the logs in back of her, but she did. 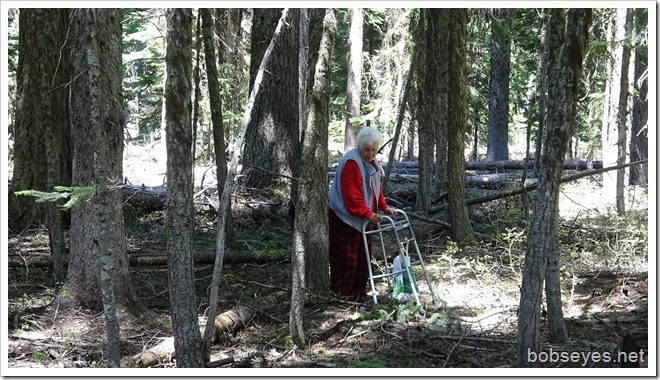 We then headed on back towards home stopping in a couple places to check them out for mushrooms.

I watched as Dan hunted

I was getting tired out, so I watched as Dan did the most checking for the little guys. 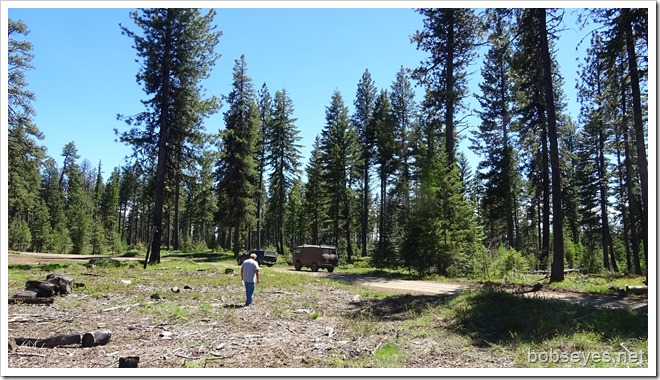 We were back on forest road 62 headed for home all of us tired out. 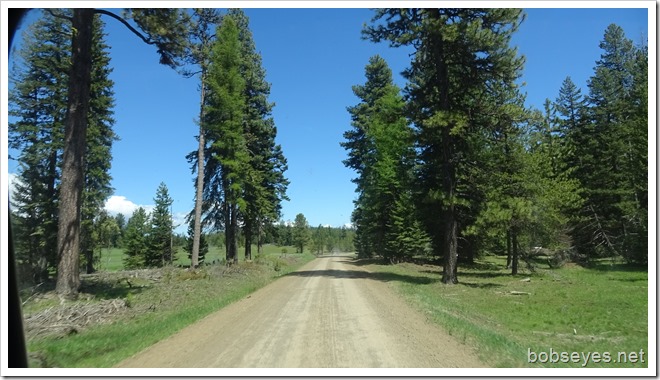 What are they looking at

Dan’s truck stopped in the road in front of me for a few seconds and moved on so I moved up and stopped to see what they were looking at.

I wasn’t sure at first, but it sorta looked like it might be a moose which I hadn’t seen around here before, but had heard there were some around.

A moose or what

Hummm, is that a moose or what. 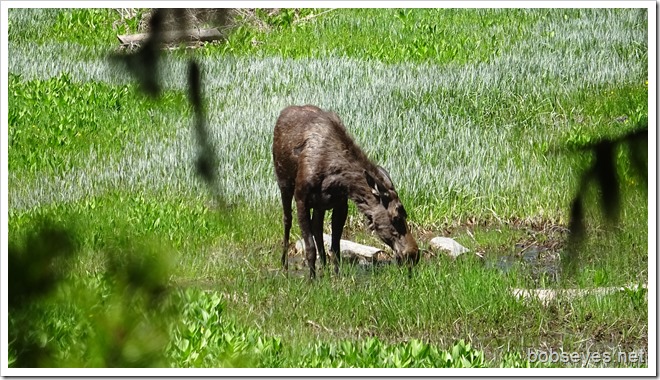 It turned sideways and sure enough it was a moose. 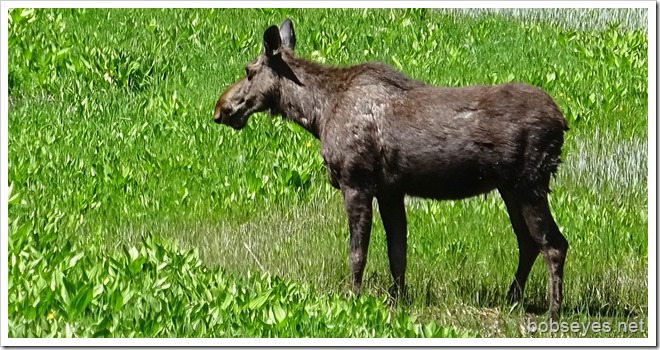 We continued on down the road going by these yellow flowers about a mile from home. 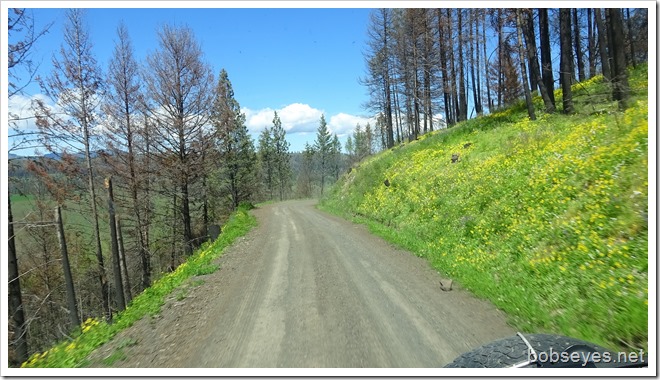 When we arrived home we all three were dragging our butts. We got a lot of exercise, found some morels and had a good day.

After a snack and a nap, we had dinner and then sat around on the deck for the rest of the day. The sun was out with only a breeze so it was a real nice day up in the forest.