A bit of catching up to do

If I remember right I left you headed for Los Algodones, Mexico to check out the dental operation there.

We did all that and Dan and I did some hiking in the Kofa and came back to Quartzsite to camp and catch up with stuff.

Dan left for home this morning and I returned to Patti and Marty’s to rest up and catch up on things.

So backing up a bit. When Dan arrived he wanted to take a ride around Quartzsite so I hopped in his truck with him and we did. 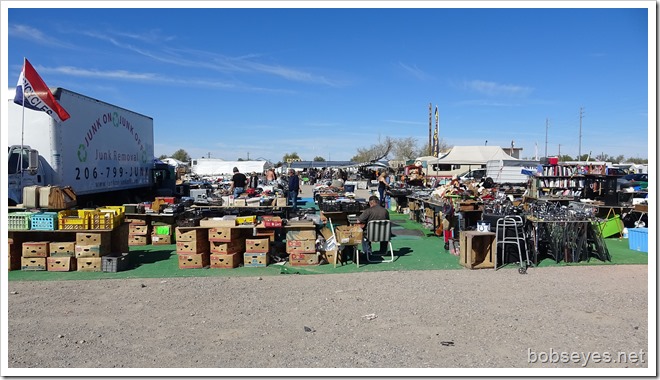 That night we spent at my Quartzsite camp spot and had a little fire.

The next day we left my van at Marty’s place and I rode with Dan to explore the Los Algodones border crossing and check out dentists.

We arrived and parked in the six dollar parking lot here. 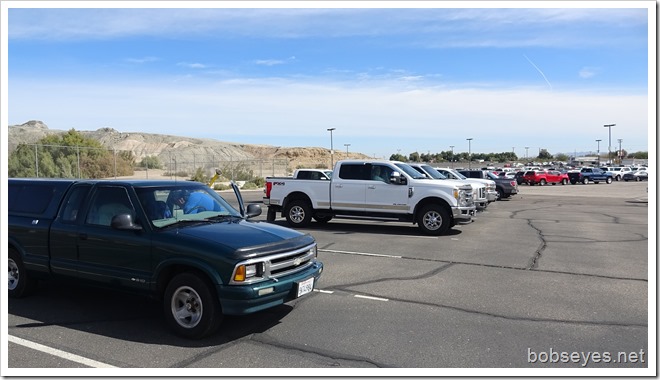 I forgot my birth certificate at home so  didn’t have the proper paper’s to get back in the US so we needed to check with Information on the US side.

I told the agent I messed up and left my crossing papers at home and do you  have a day pass?

He said just go in and tell them about checking with information on the way in.

Made it hope I can get back in

We crossed into Mexico. Dan had been there before and wanted to get some drugs so I was following him most of the way. 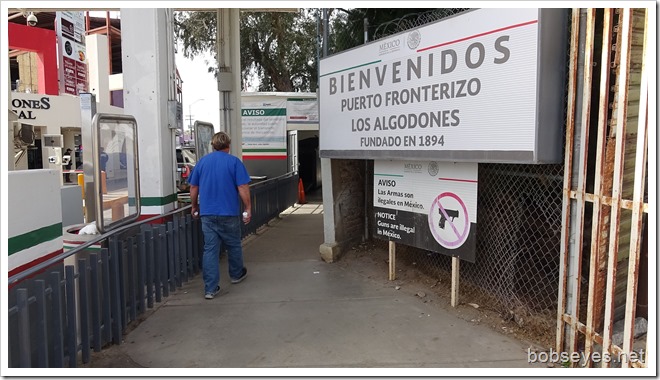 Crossing the street headed for B street to check on a dentist that was highly recommended. 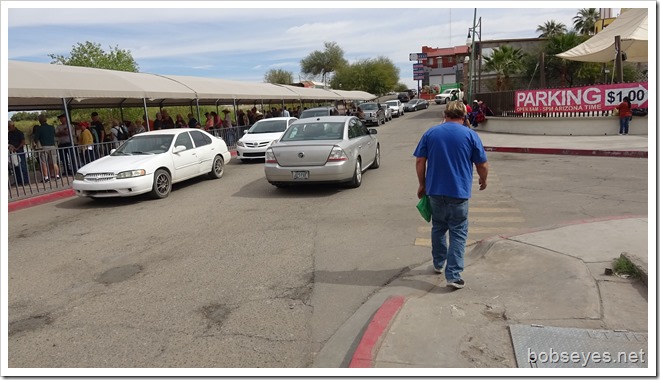 I checked the price and what had to be done to replace a crown that might also need a root cannel. Just to complicate things I also wanted the best which is a zirconium crown that is carved by a computer so is very accurate and is what my dentist back home would use for 1900 dollars. Since this crown had to be farmed out it would take longer than the other crowns so I needed two days. Cost 400 dollars. If I needed a root cannel price 300 dollars. At home a root cannel was near the price of the crown.

Cast in Mexico would be a total of 700 bucks if I also needed a root cannel. I said I have to think on it a bit.

Dan knew of another highly recommended dentist which was just across the street so we stopped in there to compare things. They were a bit less money but I was satisfied with my recommendation and was leaning on getting it done with them but couldn’t make up my mind yet.

We stopped at a small drug store and Dan got his drugs and then we headed for the US crossing and got in the long line. 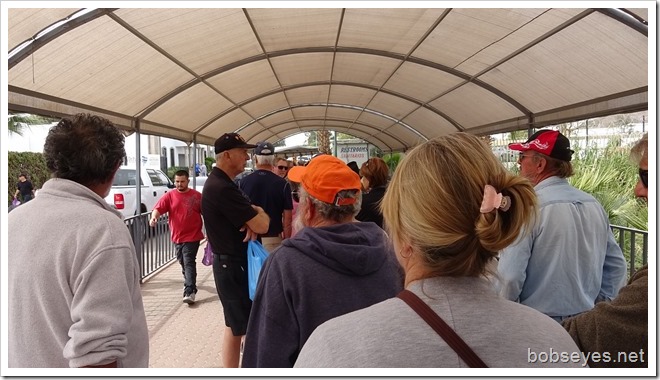 Interesting enough the first guard we came to that wanted to see papers was the same guard I talked with at Information that morning. So I said we talked with you this morning and he couldn’t remember but he did finally and let us pass.

The final guard that checks every thing out was a bit curt. He didn’t accept the fact that the guy at Information said I could pass ok.

Without saying I could pass he says get a passport, like right now I’m thinking so I look around and say where? He says the Post office, I say you mean I can pass. Yes. So off I go, a bit intimidated by the experience.

Dan drives me back to Quartzsite where I pick up my van and I meet him out at my camp spot.

For some reason I’m thinking I didn’t want to go to the dentist down there which was bothering me as it would be stupid not to to save a couple thousand dollars and it was bothering me and I couldn’t make up my mind.

Dan  had brought some fire making stuff with him so we had a little camp fire that night while I thought about the day’s experience.

Sure nice to have a little fire

Our camp site around the fire. 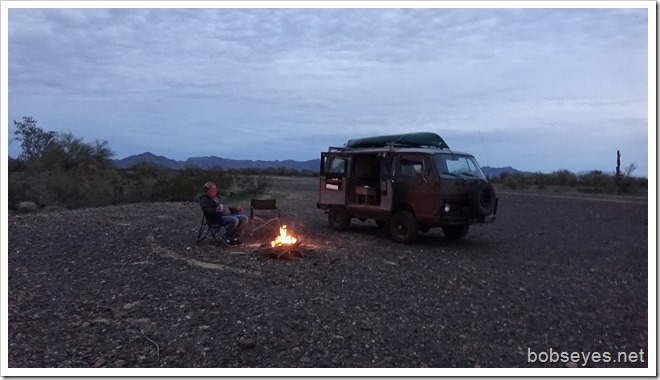 I went to bed thinking on the dentist thing knowing I’d have to cross with no papers two more times.

When I awoke and the thought popped into my mind I knew I  had to act on it and set up an appointment.

So after getting it going I set to it. Now I just got a cell phone for the first time in my life and after a couple days they changed my number then it crashed the day before we went to Mexico so I wasn’t too good with it which I explained to the dentist lady right away.

I checked pricing again and set up the first appointment. She asks me for my phone number which I don’t know and don’t know how to get it off my phone quickly and I’m concerned about losing her if I looked for it.

Dan to the rescue

Lucky Dan was there and could get the number off his phone.

After things were all set I said thanks and set my phone down and started discussing the thing with Dan when he all of a sudden gets his phone out and checks it and says it must be your phone which was on the van floor. I say what?

I listened and hear someone talking on my phone so picked it up and it was the dental lady asking me to please hang up my phone. I apologized and hung up. I’m sure I put her in a bad spot as she’s on the phone all the time. I’m learning. :O)

So I have an appointment for next week and it’s now time to play.

We are headed to the Kofa for some hiking.

I’ll continue to hang out at Marty’s for awhile to rest up and catch up with the blogging stuff.

I’ll only say we had a perfect time in the desert with the best weather one can have and the lustiest desert in a long time.

Having a good time.