How to Boil Fresh eggs, a Bee Sting and Protecting Tree Trunks From Chickens

Yesterday I had an eye exam appointment at 1 PM. I was thinking I could do some shopping at Costco first and still make it to my appointment, but.

I got within two blocks of Costco and traffic came to a halt because of some construction. I knew it wasn’t going to give me enough time to shop now so I aborted that idea and drove over to my dentist to pay a bill just for something to do before my eye appointment.

How to hard boil fresh eggs

The receptionist there has chickens for the first time so we always have lots to talk about. Just as I was about to leave as the phone was ringing she asks, do I know about eggs? I knew she wanted to know how to get the shells off of fresh eggs that were hardboiled as that’s what everyone learns right away when they get fresh eggs and boil them for the first times. The darn shell comes off with a lot of the egg and things get messed up.

I’ve had that problem and I’ve been working on it. I think the answer is to boil  them more so the white of the eggs are tougher and don’t break up so easily. The last batch I did of 36 I did about 8 or ten extra minutes and the shells came off much easier. I told her that and took off headed to the VA clinic for my eye appointment.

I was a little early so I had a little nap in the car.

The appointment went well with no changes in my eyes.

Now I was thinking I still had a chance to go to Costco so I headed down the freeway but didn’t go to that jammed up Costco but the other one we have in our area which was a good choice.

I did my shopping and headed on home and unloaded the car and that was it for that day.

Once I got it going today I went out and fed the chickens then let them out to graze. 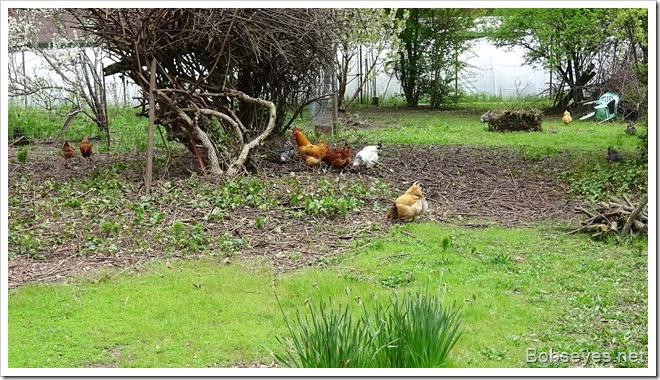 The other day my brother’s helper found one of my chickens out on the highway so I knew I had to patch up the fence in this spot as that lower wire is too high off the ground so I trimmed things out so I could get to things. 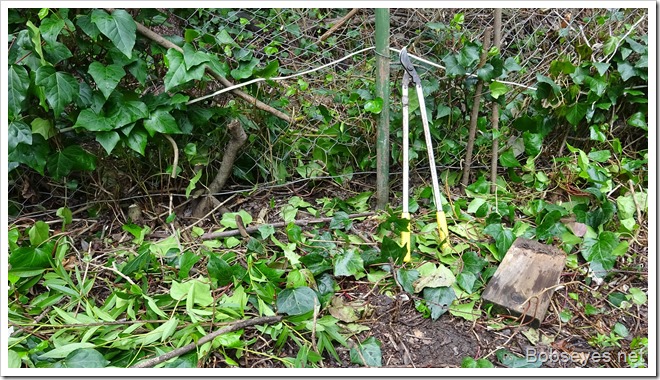 I started by fastening down the big wire with a clamp. 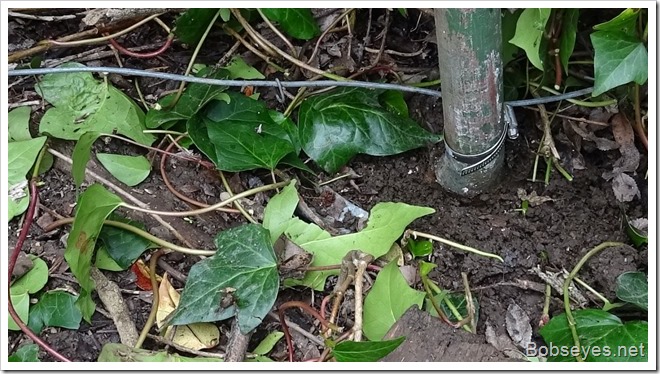 Then I added some chicken wire pieces I had to finish off the project. That should keep them in at least in this spot until they find another spot. 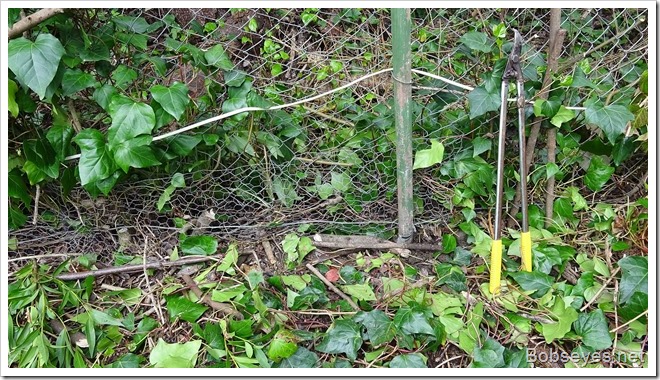 I did a bit of chair hopping and did some taking it easy too.

I was setting up my next job when I heard someone make a horrible noise next store. It turned out a honey bee had stung my brother on his eye lid and he was in much pain. He had ice on it when I came over so I offered him some antihistamines as that’s good for bee stings. He took them and I went back to my jobs.

Keeping ahead of the chickens 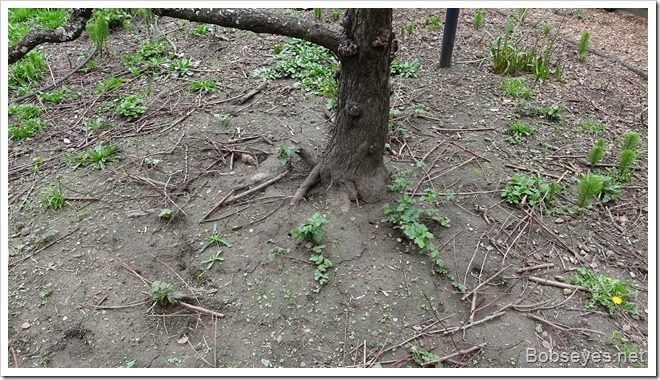 Here’s another example of what they do to the roots on an apricot tree. 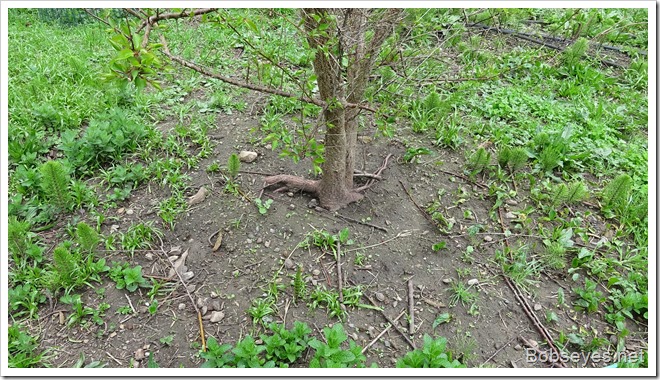 I had some old green wire so I rounded it up and made a circle around the tree trunk like this. 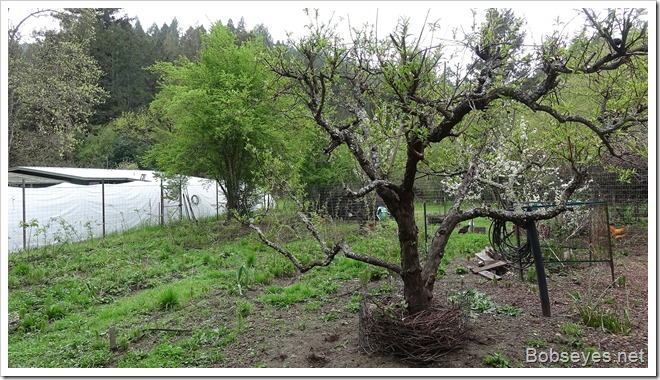 I picked up the tree trimmings and and put them inside the wire so it looks like this. I hope that works. 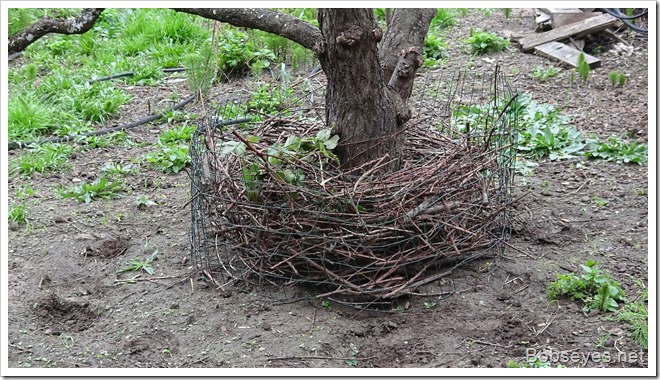 I did about five trees until I ran out of wire but at least I got the worse ones done.

A bit more puttering around and chair hopping before the day was over. And that was my day for a nice one as the sun was mostly out.

5 Responses to How to Boil Fresh eggs, a Bee Sting and Protecting Tree Trunks From Chickens