Hooking Up My Neighbors New Phone Lines With Some Problems

Today I went over to my neighbors to hook up the new phone lines on her house that I installed a couple days ago.

All I had to do was hook the wires into the main phone box on the wall, but.

When I tried to hook up the new phone lines to the junction box I found three of the screws that the wires hook to had the plastic mounts cracked and would not tighten down properly.

She’s had problems with her internet since they installed it about a year ago and I was surprised the technicians left them cracked that way and didn’t replace them. Maybe that’s why they had so much trouble trying to get her hooked up.

Here’s the main phone junction box way up on the wall. 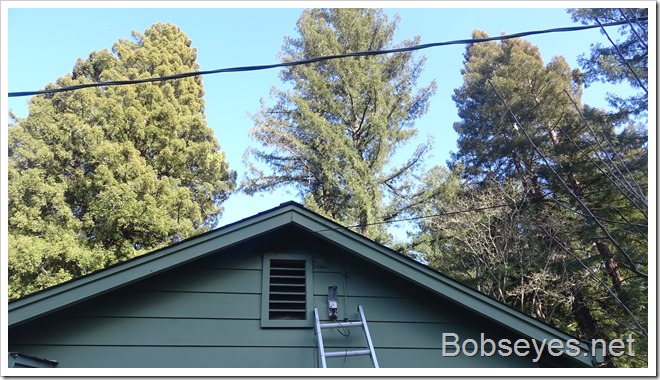 And here’s the box showing all the wire hookup screws of which three of them have cracked plastic mounts that won’t tighten down properly. 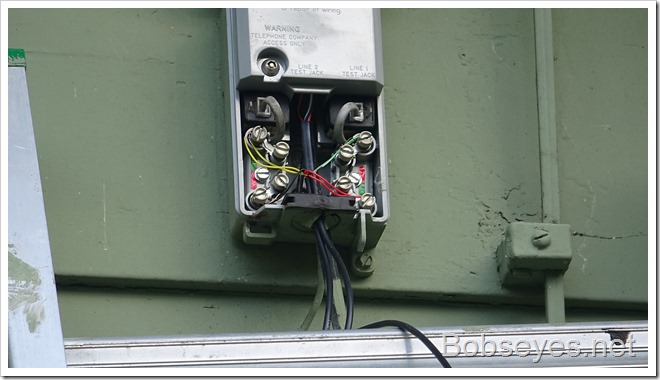 I was able to get all the colored wires in the right place and able to move the wires to screws that weren’t cracked so it would work.

The telephone company owns that box so we’ll have to call them to come out and fix it up right.

The router for internet

Here’s were I put the router up in the corner near the outside where she also wants to connect when she’s outside. I got all green lights so did a test and  it worked but not as good as it should. 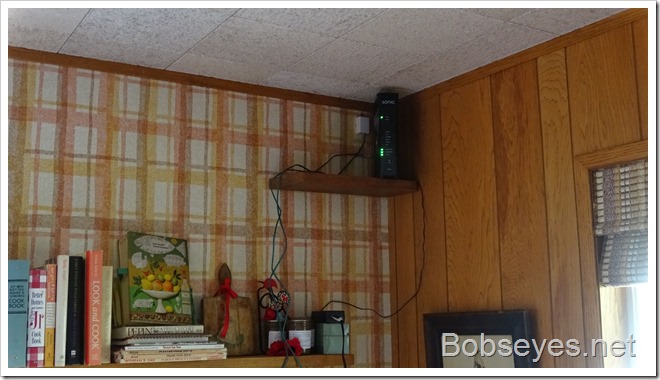 Since I replaced the old wires with new I know they are all good and so when  I did more testing the speed wasn’t constant which means there are some bad phone lines to the Guerneville  switching station that will have to be repaired which means calling the phone company to get them fixed.

Kitty cat came by to see what was going on. 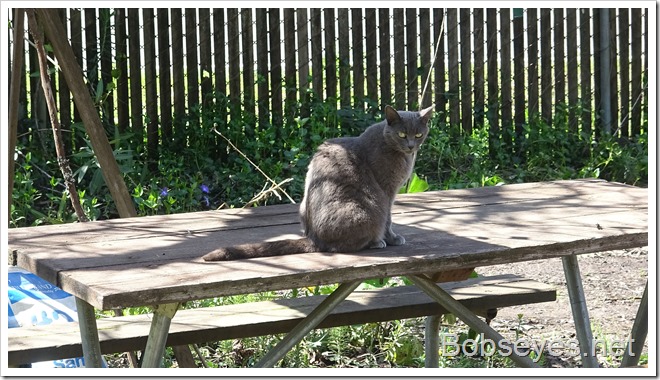 All I could do

That was all I could do for the router hookup for now until we get some things repaired, the box and a better phone line to town.

My neighbor said she’d also like the phone hooked up in the hall which the internet installers had disconnected when they were having trouble getting her internet hooked up so that meant some trips up in the attic to run a new phone wire to it as I didn’t want to use the old lines as I wanted all new lines to be sure there were no problems in the house wiring so the techs couldn’t blame any troubles on that.

At least there was a light and a board up there to help things out. 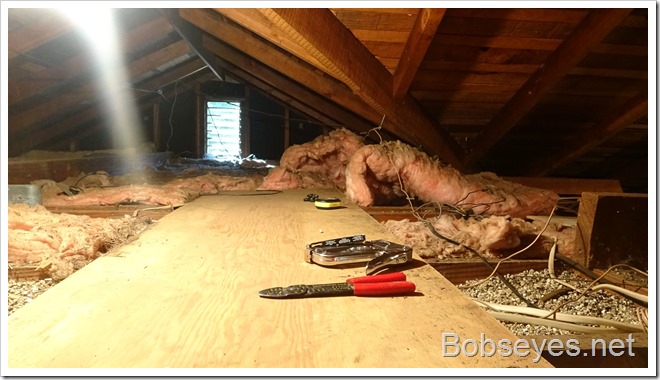 I see an empty beer can and all kinds of old stuff up in the attic as I looked around to see where the phone lines ran. 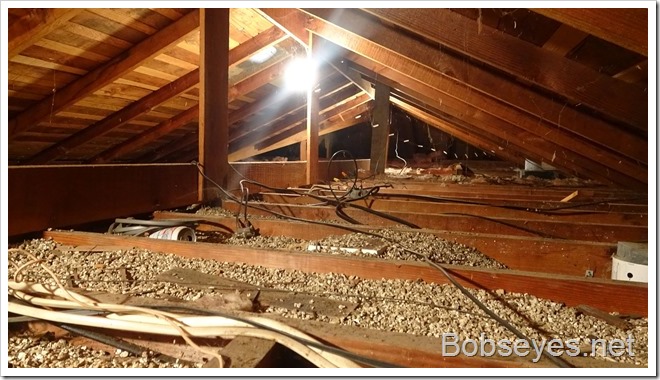 It’s up to the phone guys now

I did what I could and now we need to call the internet guys to get the box fixed and a better phone line to town before I can get my neighbor all fixed up right.

My brother Tom said the creek finally got some water in it after the last rain  for the year which is a good thing as we’ve been having a sorta drought. I say sorta because the rainy season isn’t over yet and the creek getting some water in it is a good sign and any more rain we get should improve things even more. This creek rips when it really rains, right up to the top.

Water in the creek. 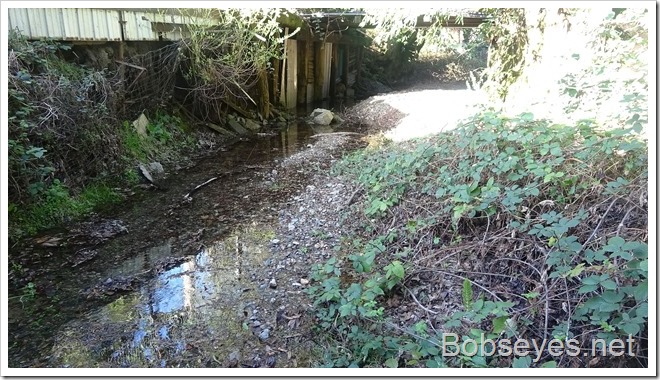 While I was checking out the water in the creek I noticed this big four foot redwood stump had fallen over on my fence so I will have to deal with that soon as I don’t want the water coming up and hitting it and causing the water to wash something out. 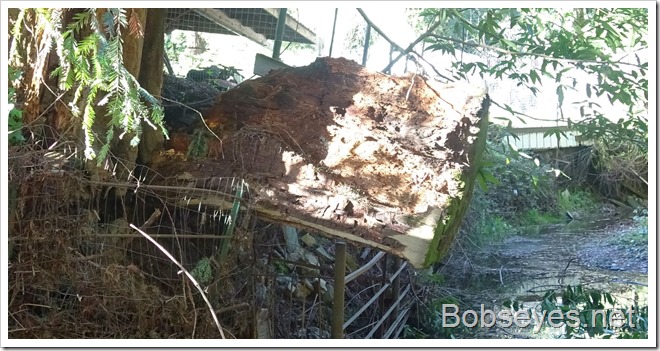 My chicken’s egg production is picking up each day. They laid 27 eggs today and that number should increase some more. I took some of them into the house and put them in the fridge. 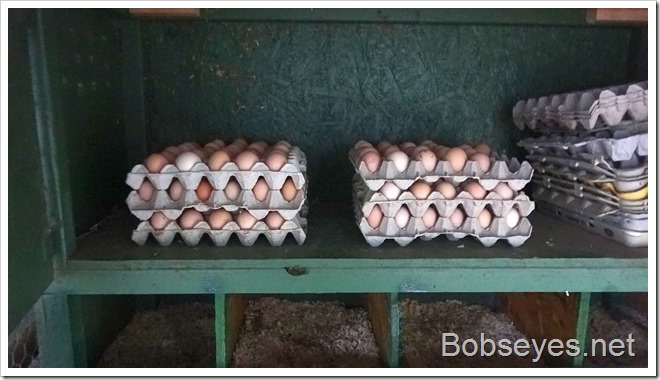 There’s a reason they use eggs for Easter as that’s the time of year the chickens lay the most eggs.

That was my day, got some stuff accomplished.