Hike Down to the Ocean Looking for Fishing Spots

Hike to the ocean

Once I got it going this morning I drove south to just below Humbug State park where I sometimes camp along the highway. I parked here as I wanted to hike down to the ocean, which was down the hill a couple hundred yards through the bushes and grasses. 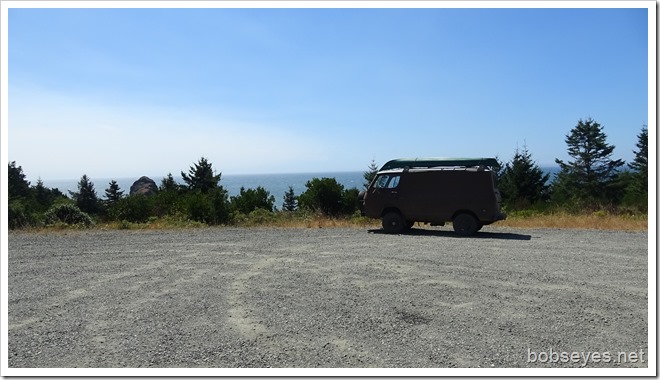 I’m headed down to the ocean in this spot. 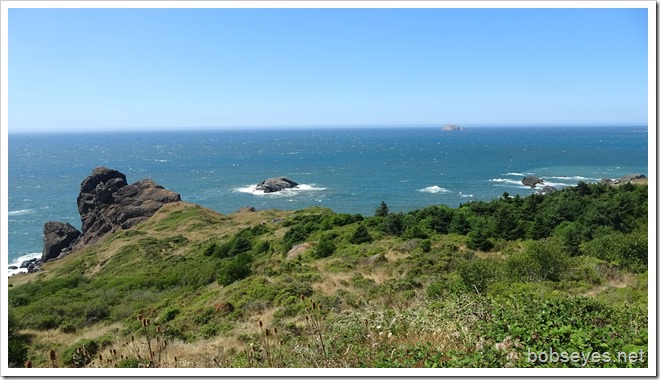 I first went through these trees searching for a trail. 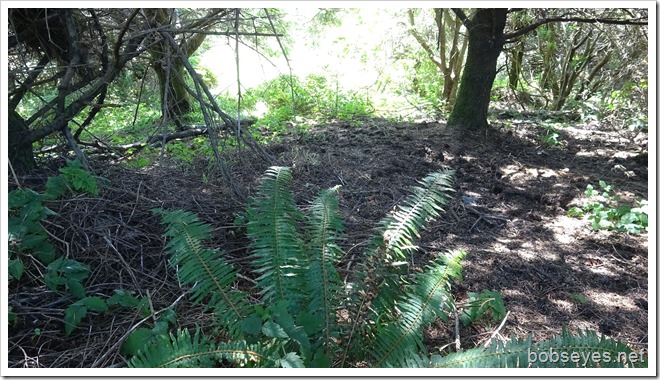 Any fish down there

One of the reasons I wanted to go down there was to check out the possible fishing by the big rocks which looked pretty good. 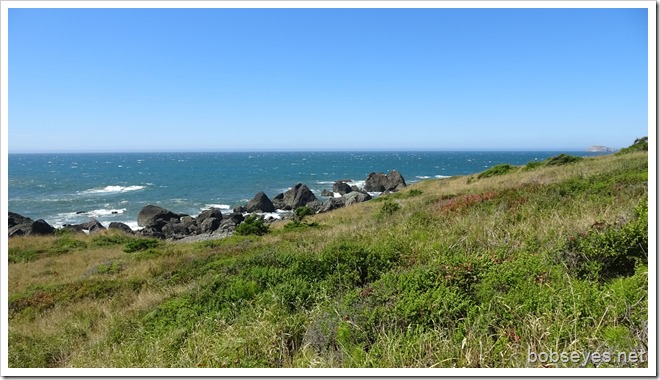 Lots of big rocks with water around them should be good fishing. 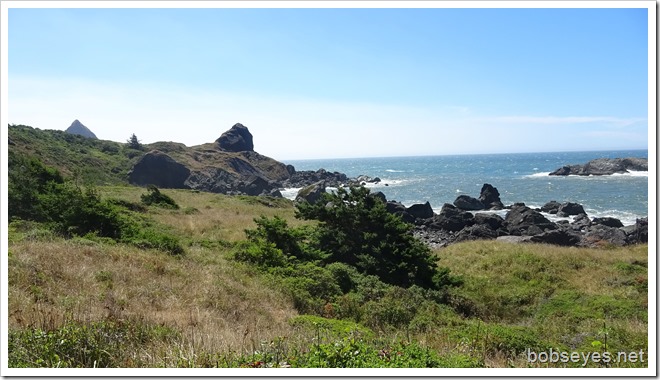 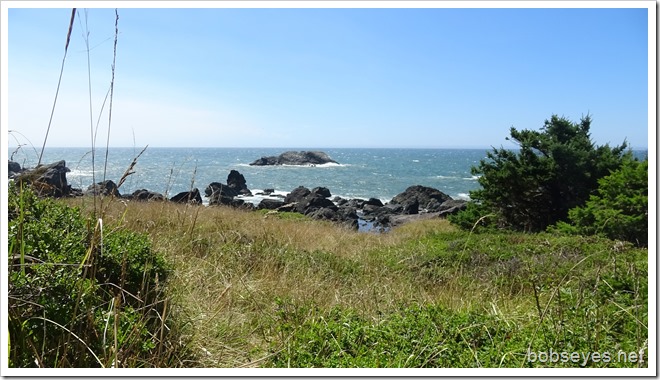 I made it down to the ocean where the tide was starting to come in. I’d like to see this area during a low tide. 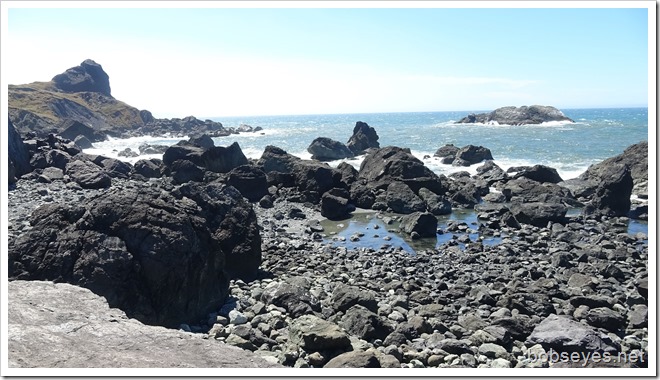 Other then some birds these critters were the only ones I saw.

This little land crab was in the shallow water in a tide pool. 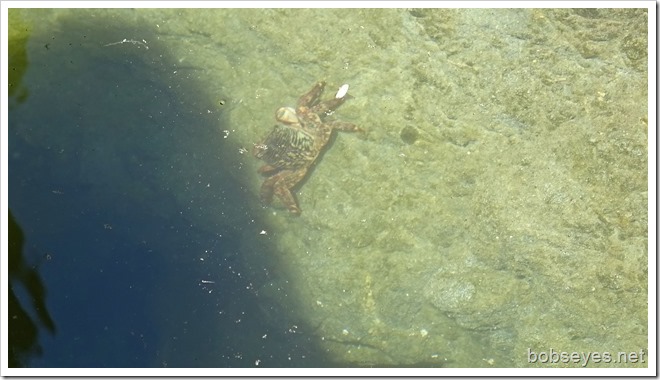 I was watching the two hermit carbs in the background fighting over something when the one in front moved into view. 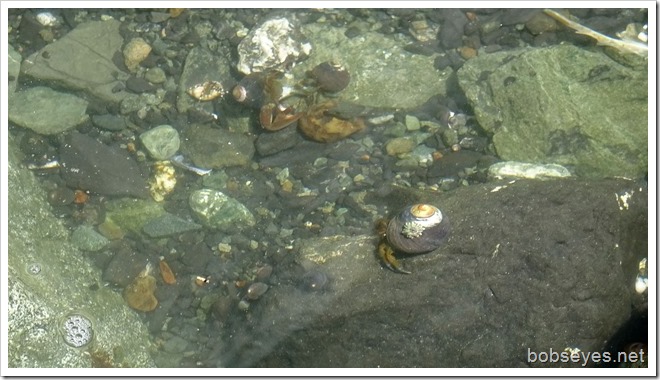 Getting back up the hill

So now I had to hike back up in this spot. The highway is up in the trees on the hill. 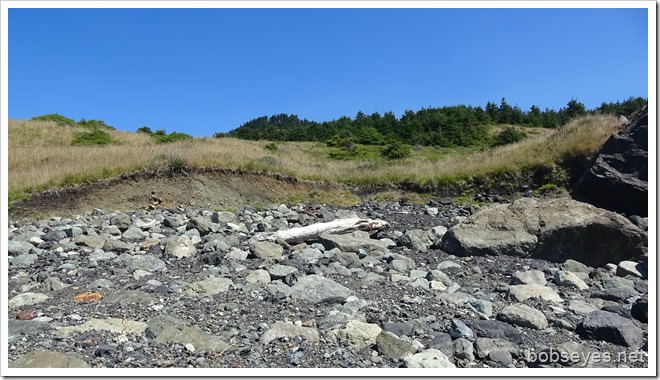 It was an easy hike. The only problem is it has poison oak so Steve won’t go down there and he’s the fisherman.

I made it back up to my van and was worn out, so I had a nap.

I drove back to Port Orford and did some shopping and took a ride down to the harbor where nothing was going on as it was a  windy day and no boats went out.

Around five I drove to Steve’s house to help him install some LED outside lights. He tried to get me to do most of the work, but I insisted on supervising most of it with him doing the work.

Here’s Steve getting the lights mounted. 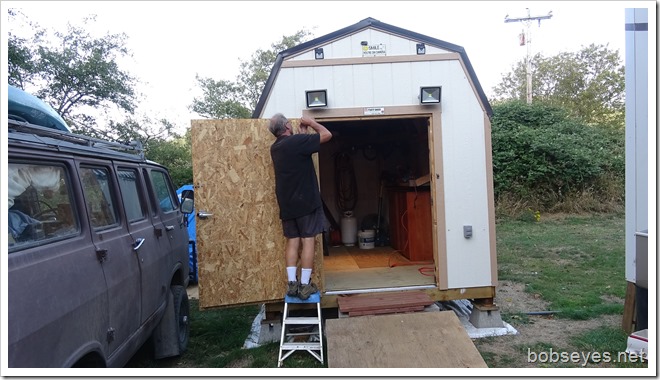 I did  have to get in there to hook up the wires.

Here’s the result of the two new LED light fixtures. 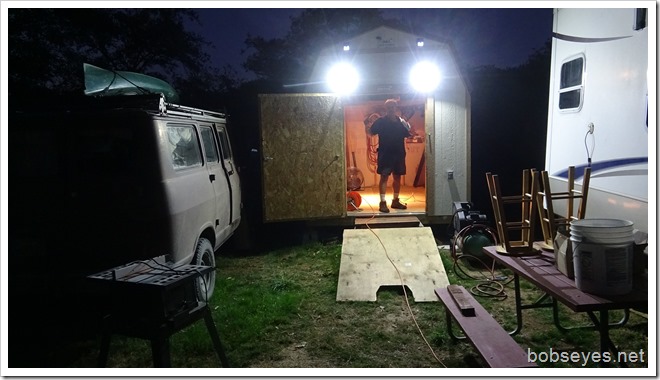 As you can see it’s dark now, so we quite for the day and that was my day.