Hermit’s Place and Meeting His Helper

I wanted to meet the guy that’s been helping the hermit out with his shopping and stuff so I thought he  might be up there today. I also wanted to dig some more trail on his water line to get to a place where there was a a bad kink in the water line right over a cliff area that was very unsafe.

So I drove up through the closed park and drove up to their shop area to see if I could catch one of the rangers there. He wasn’t there but a couple other guys were that I shot the bull with for a bit before continuing on to the hermit’s place.

I drove on up through here to get to his place. The forest fire burned thought this area but after the rain it’s getting hard to tell. 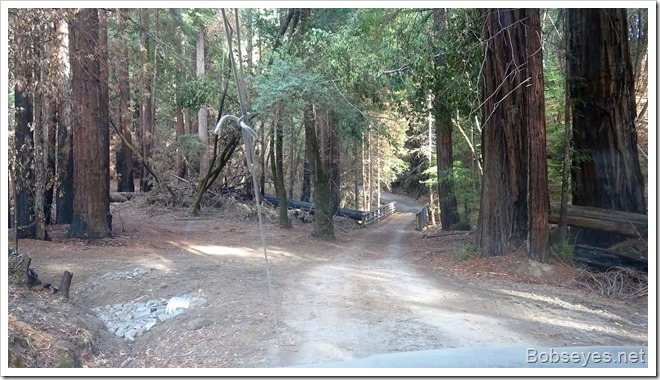 I parked in the hermit’s driveway noting the mud puddle coming in was real muddy like someone just drove through it so I wasn’t expecting him to be home as I suspected he went out to shop. 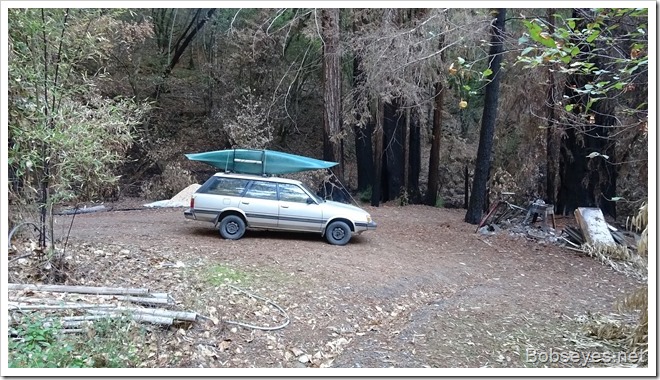 I ran his bell and there was no answer which was ok as I came up with my trail digging tool and I  had a project to do. 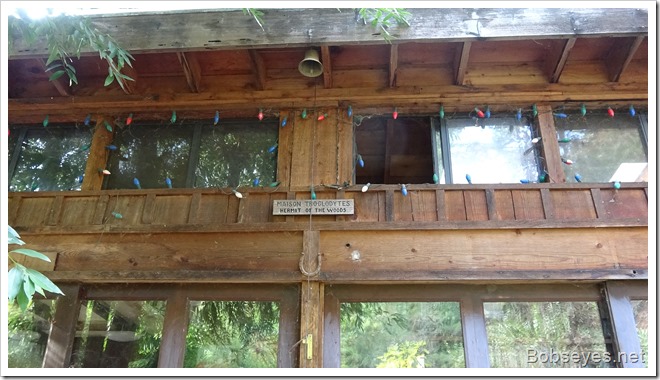 I did note his helper installed these tanks for the house which is just a temporary system to get his water going to the house. 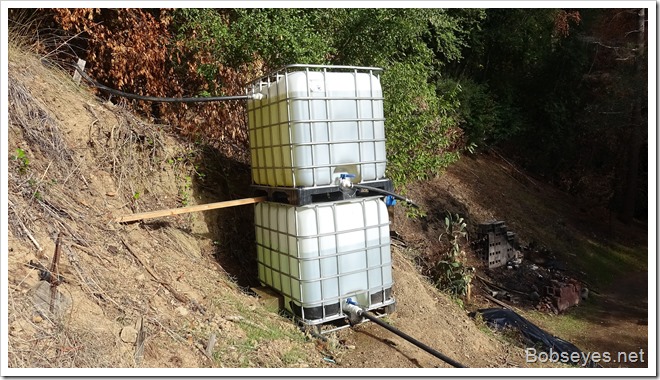 He installed plenty of filters on the system and mostly seems to know what he’s doing. 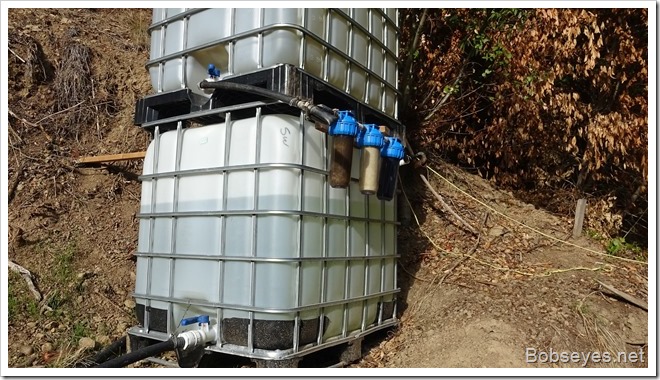 I grabbed my digging tool and started up the water line trail. This tree fell down since the last time I was up here. 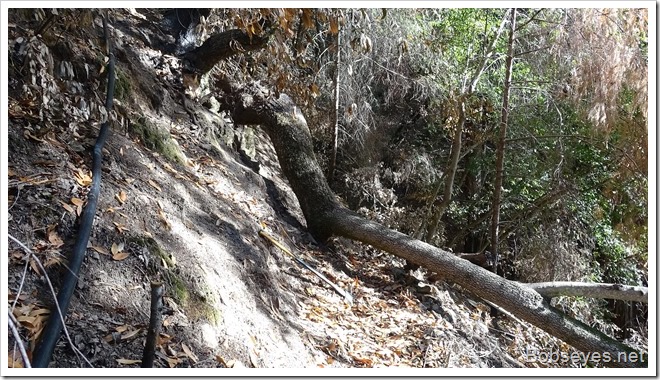 I got to the place in the water line that had a big kink in the plastic pipe but the kink was gone. More points for Nathan’s helper as it was in  a very steep cliffy place where most people would not go.

Well as long as I was here I might as well put the trail in to that spot so next time it would be easier to get to without endangering ones life.

I started digging up off the Pulaski handle. It turned out not to be too much rock and most of it was fairly loose soil so I was able to dig fairly fast. I was only meaning to cut enough to make it passible and widen the trail out later as time permits. 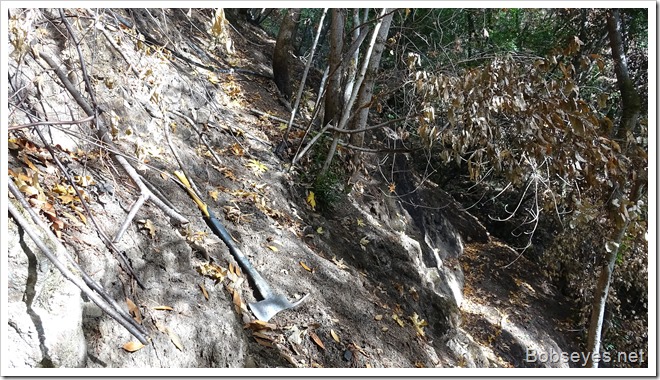 I dug up around a 100 feet when I heard a truck come in so I hurried to finish the trail to the top and headed on back down to the house.

I have a trail off the Pulaski handle but’s it’s hard to see. I tried it out as it’s along a cliff and it worked pretty good where I didn’t’ feel too unsafe although one wouldn’t want to slip. A bit  more work and it will be  much better. 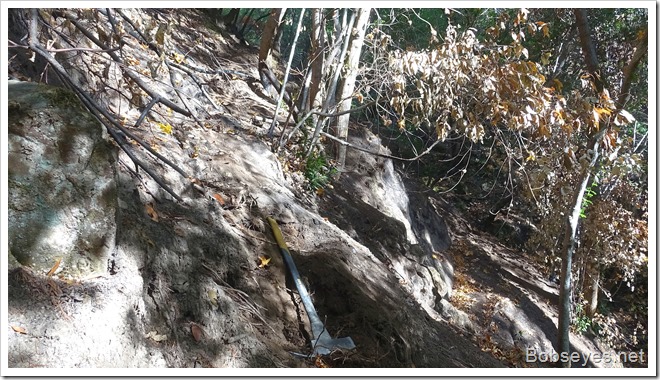 Back at the house I met Nathan’s helper Tim. We hit it off ok and he was planning to go up to the spring to get some elevation measurements on his phone so I said lets go and I led the  way up.

My newest trail worked out real good as we needed to go that way. We discussed the system and what needs to be done in the long run to make it a good dependable system that one can work on without getting mamed or killed.

We also discussed how to find the best spot for a water tank and how to determine where to put it as far as having enough pressure to fill it.

Back at the Hermit’s house we shot the bull for a bit then I headed on home, satisfied there was a good man helping out the Hermit.

Nice day playing around in the woods.

1 Response to Hermit’s Place and Meeting His Helper