I thought I better go up and visit my hermit friend while he is still alive so I drove on up through Armstrong State Park into the back where he lives.

I didn’t want to mess with his gate with my car so I parked here and walked the last couple hundred yards on foot. 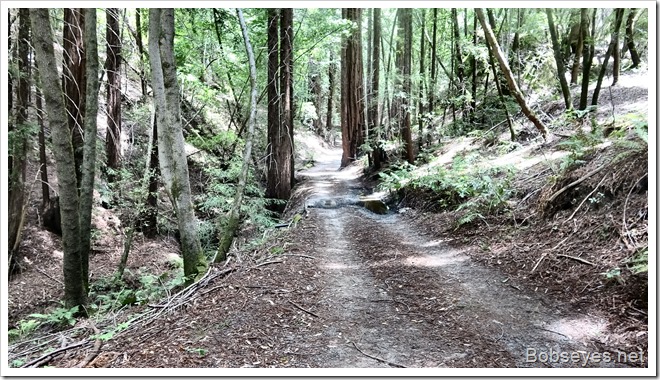 On up the road through the big trees. 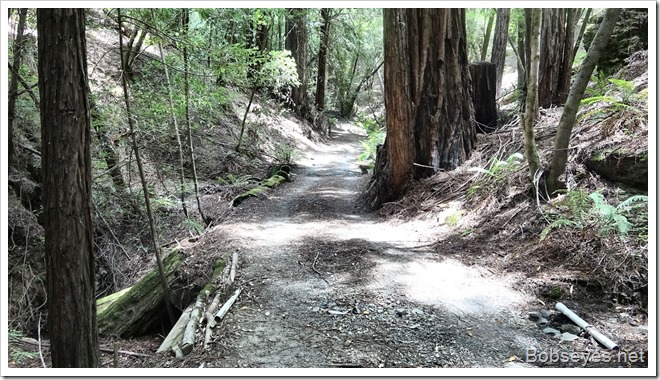 Of course every hermit must have a gate with big locks and he did.  I walked on through and on up to his house. 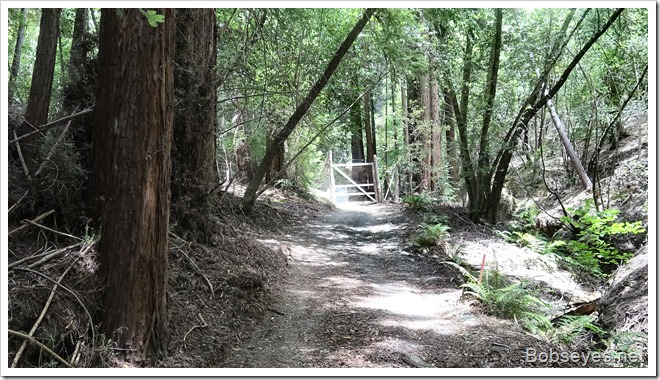 We chatted for awhile about stuff. No need to talk much about what’s going on in the rest of the world as it’s not very important where he lives and at his age. He’s 90.

Headed to the old rose garden

Before I left I said let’s walk through your old rose garden so we headed over there with me following. 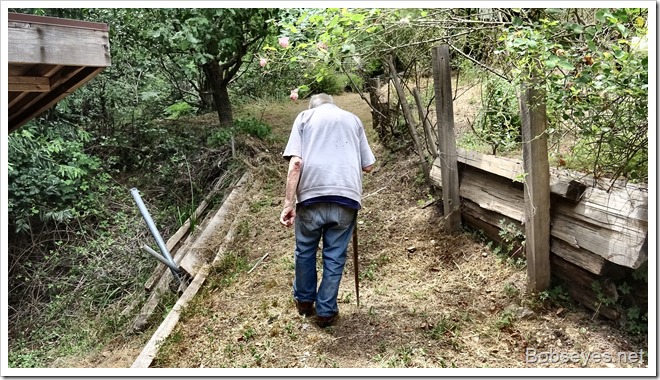 Eventually he was ready for his nap so he shoed me off down the hill where I went back to my car and drove the short distance back to my house. 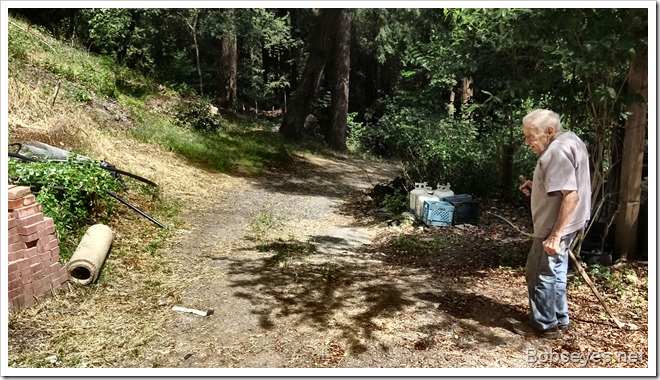 We had a nice visit and he still seems to have most of his mind. :O)

Back home I was sitting in the chicken pen when I noticed some new little peeps in the cardboard box that must of just hatched out. The new ones are inside the box not the older guys on the outside of it. 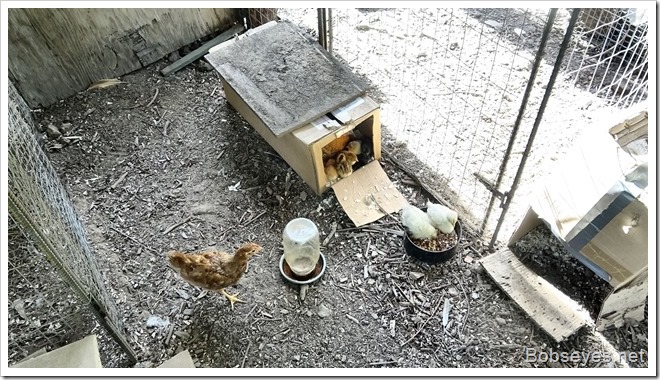 Here’s the new peeps just born. I think there’s 8 of them so far. 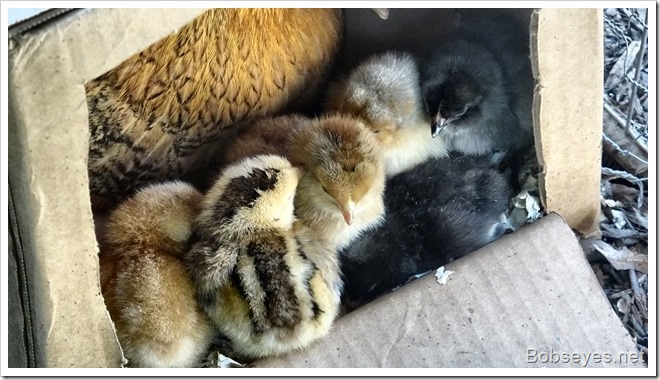 I like to  make sure the new peeps get some food and water right away to get them started. I like to use this feeder tray to start out for the first few days as it’s low to the ground and easy for them to get to. But I need to shut it up at night to keep the rodents out of the feed but it’s too big to fit in the box I cover up with a board. 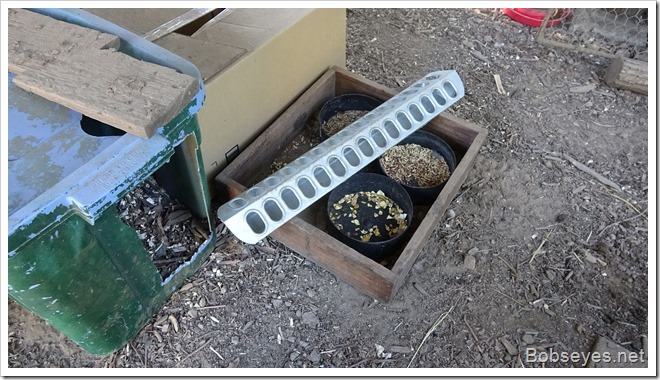 Now I have two

I thought about building another larger box but that would take a lot of work. Sooooooooooooo, I decided to cut the thing in half and make two of them which was much easier and took a lot less time, just some cutting and bending. 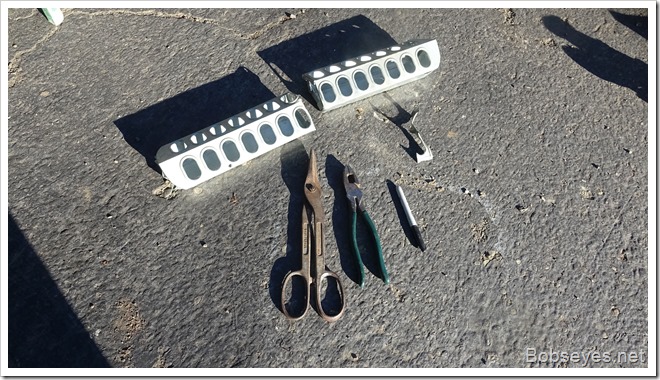 Now it fits and I  have another one if I need it. I feed mostly seeds so I ground up some for them to start out on. They actually can eat the whole seeds just fine so once they get started I switch them over to whole seeds and weeds rather soon. 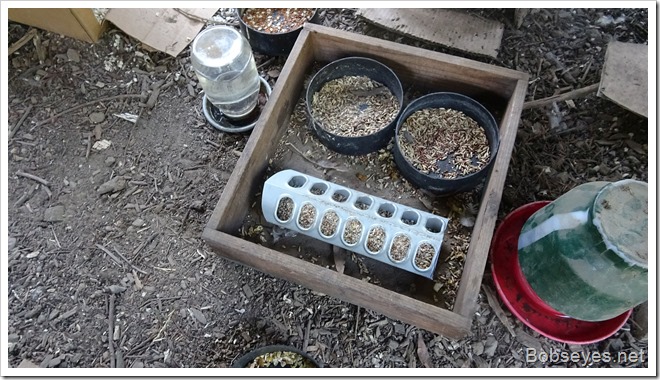 The rest of the day I spent puttering around the yard and enjoying the day.