Headed up to the Hermit’s

I headed on up through the State Park and up to the Hermit’s place on this road. 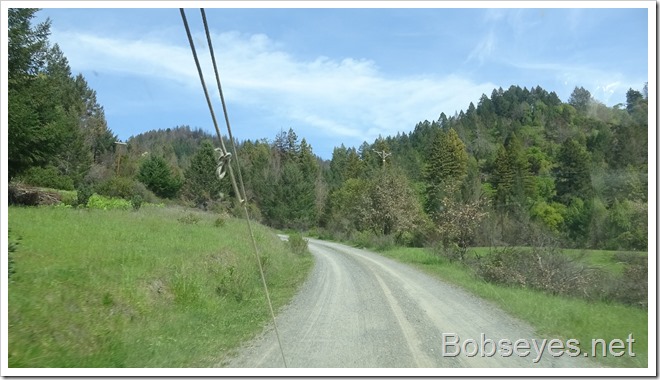 And on into the Hermit’s place on his driveway. 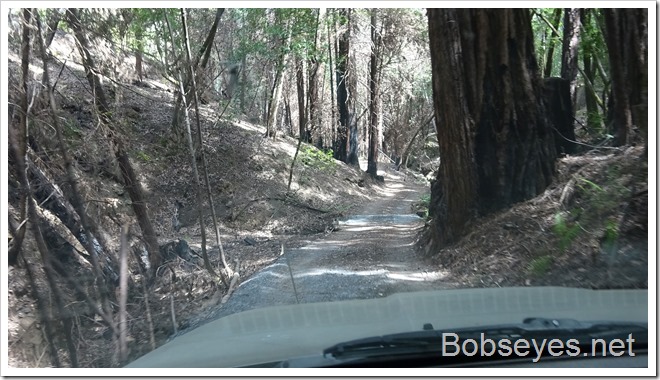 I parked here and walked up to his house in the background. 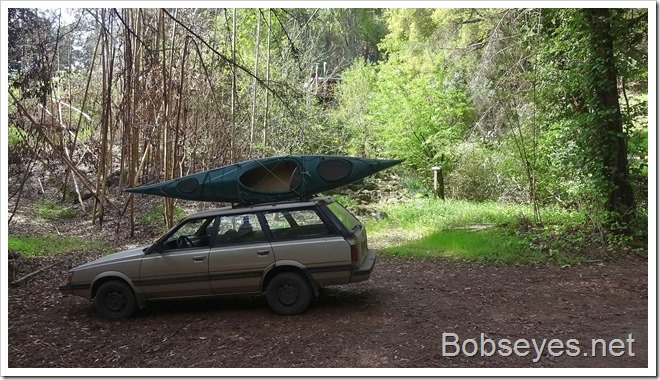 Pull the rope to ring his bell

I rang his his house bell vigorously but I didn’t get a reply so I rang it some more and Nathan finally answered. He’d been doing some house cleaning for company for Easter and was a bit tired out.

He said he could only chat for a few minutes as he had to get back to his house cleaning so we sat down and shot the bull for a bit, then he showed me out. 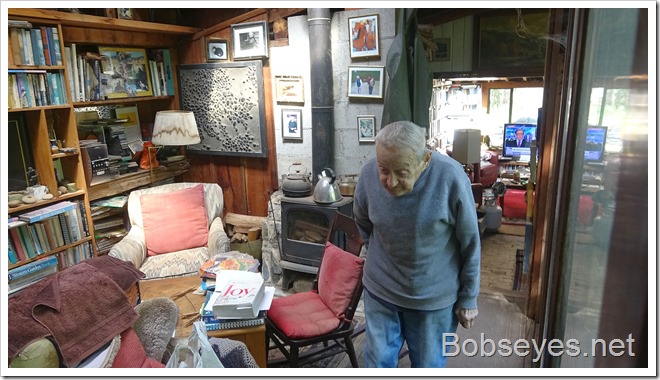 Going for a hike

I’d told him I was going for a hike on his place up above his place to check out his spring area and some other springs.

I started out here headed up the hill. 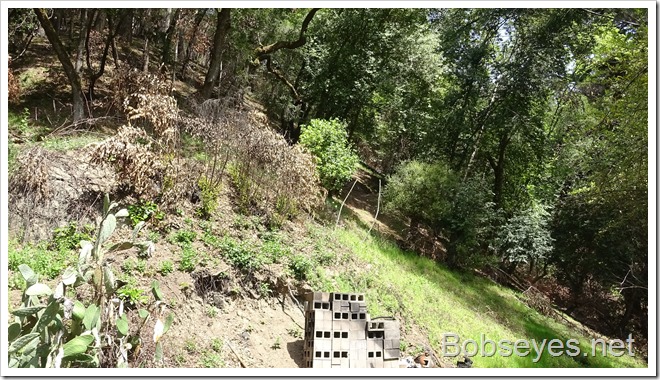 I’d seen a guy who helps Nathan with some crampons that you pull over your shoes to get a better grip while walking up in these steep hills.

I thought they’d be good for walking on the slippery rocks at the ocean so I ordered a pair and today I was going to try them out as I was going up some steep slippery hills.

Here they are and come with a little carry bag. They just pull over my shoes. 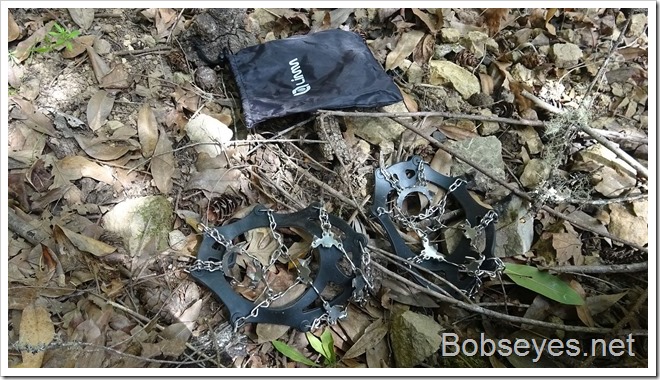 I had to be careful about making sure the chains and parts were all lined up correctly when putting them on and this is what they look like installed. 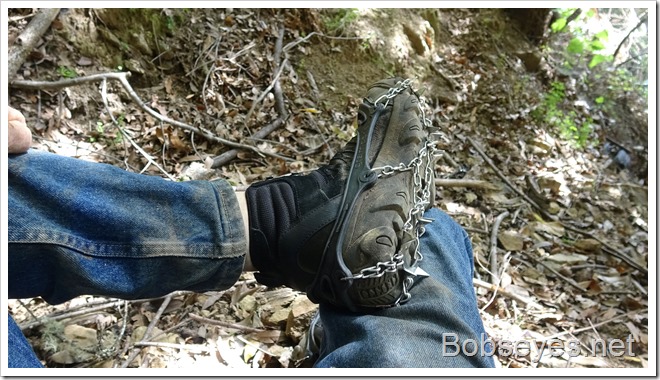 I bought these at Amazon for under 20 bucks. Here is the link for them.

I used them to go up some real steep hills that my shoes would have  slipped down the hills and I was really impressed how well they worked. Highly recommended after using them.

I started up the hill going through here after grabbing a hiking stick. 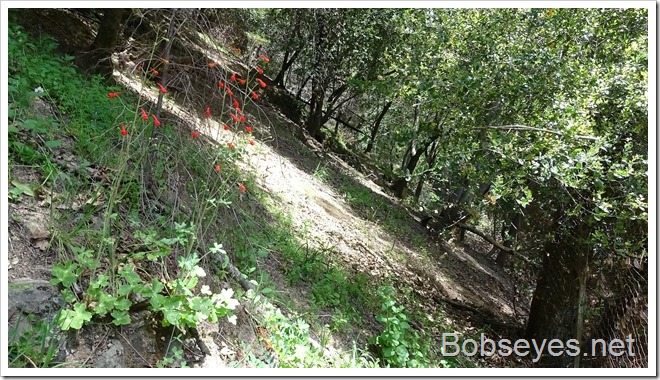 And went by his spring water line. The forest fire went through here but didn’t kill all the trees. 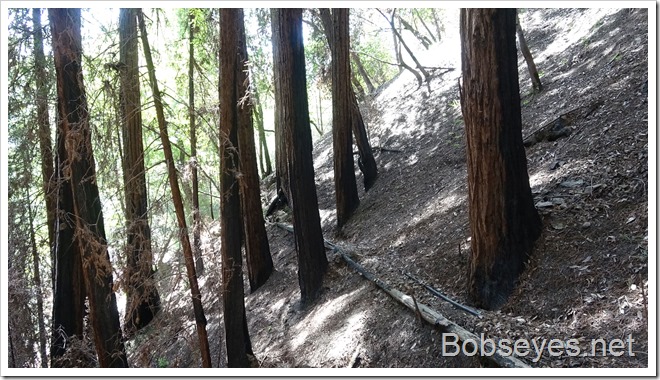 I needed to go up here to get above his spring area to check out some new springs we are checking out. Those crampons kept me from slipping and I couldn’t have made it easily with my shoes. 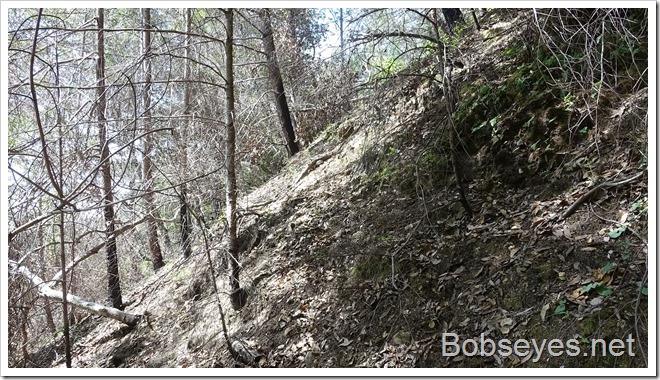 I made it into this ravine where I was looking for springs. 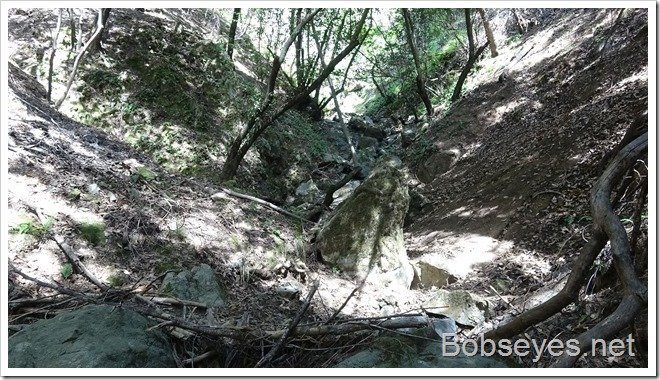 Worked well on rock too

And got a chance to try the crampons on rock. They worked real good and should work real good on the slippery rocks at the ocean. I continued up this ravine to look for springs. There was quite a bit of water here and there in the rocks but I wasn’t sure I was still on his property or not. 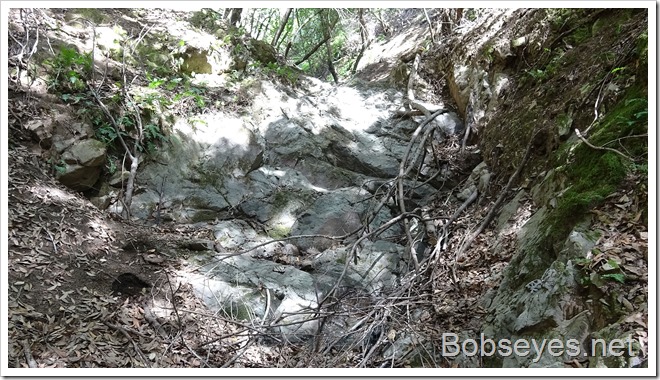 I sat here for a break then walked down this ravine a bit looking around. It’s an interesting place to  hike around. 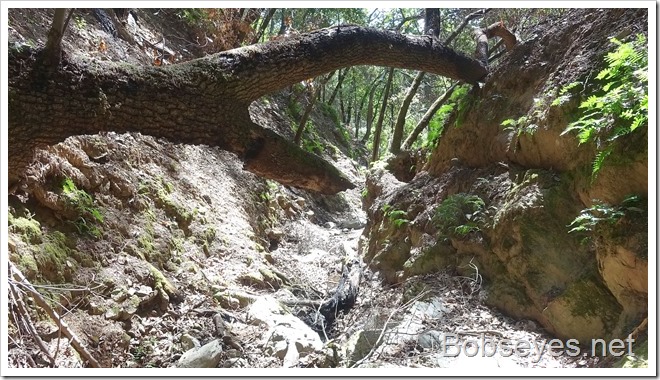 I was up there a couple hours hiking around enjoying myself and getting some exercise too.

I had let Nathan know I wasn’t going to stop at his house on the way back as not to disturb his house cleaning.

Very impressed with the crampons

I must say I was real pleased with how the new crampons worked out allowing me to go places I wouldn’t have been able to go without them without breaking my neck.

I got back to my car and drove on down the hill. The grasses seem especially green this year after the forest fires last summer. I think all the fire ash fertilized everything. 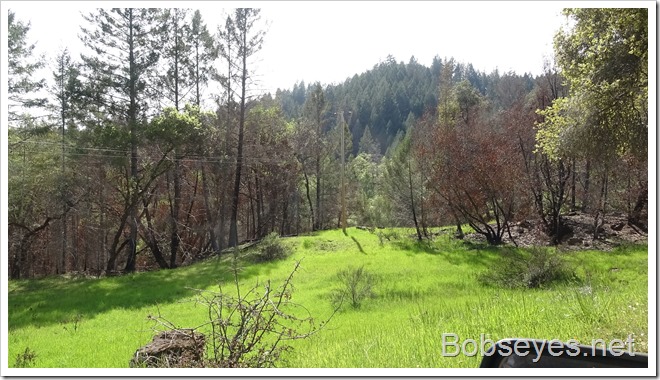 I was pretty beat when I got home so a good nap was in order.

Then I went over and helped my brother Tom do some stuff at his place and the day was about over.

Carl in comments suggests I use the plastic irrigation valve boxes with lids to cover up my valves up on my spring water line. I had thought of them and use a lot of them around our houses but up in the hills one of the purposes of covering up the plastic water lines is to keep them from burning up during a forest fire so that’s why I’ll use something metal instead. I do like those boxes. I have so many of them around our houses it’s going to made someone’s life miserable trying to figure them out after I’m gone. :O) Thanks Carl.