Helping My Neighbor Fix Up Her Phone Lines and Fertilizing

I’d told my neighbor who is also my chicken assistant when I’m traveling that I’d install a couple new phone lines on her place to get her router out where it would be more useful and do a better job connecting than it was doing now.

So we decided to put the router up in this corner as routers work better and go further when they are up high, rather than low and down behind a desk.

I got the phone jack box wired and installed now have to run the wire back around the house to the main phone junction box. I will install a small wooden shelf just under that phone jack box later. 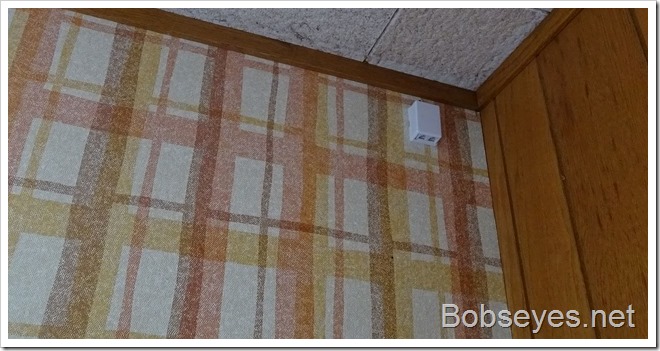 I have a phone wire stable gun so I laid out the phone wire and started around the house with it doing as neat a job as I could. 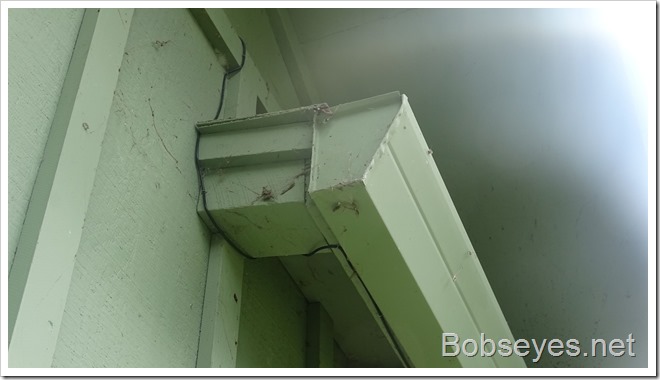 I continued around the house slowly avoiding the rose bushes as much as possible. 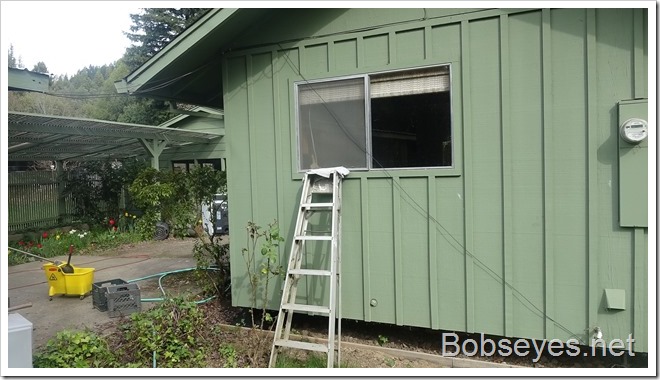 I was sitting down in a chair taking a break when I noticed all my chickens had moved into my neighbor’s yard where they weren’t supposed to be so I got a ten foot stick which works good to heard them around and shoed them back into my yard without too much trouble. That big stick seems to work good to get them moving.

The main phone line connection box is way up on the wall so I had to get a bigger ladder. 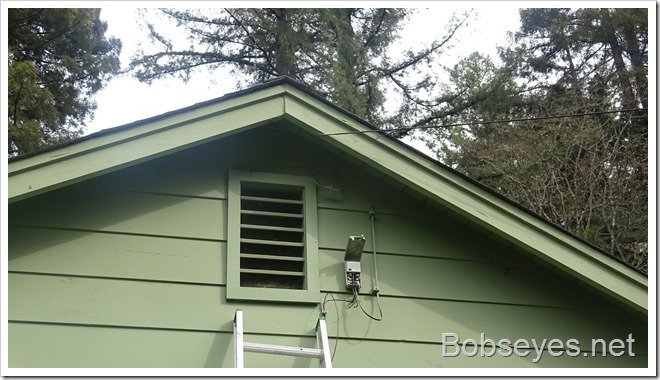 One more line to go

That was one line and I had one more to go so I got that done too.

I thought I’d wait for a fresh day to hook the lines up as I expect to have some problems as the old phone line had some wires that changed to another color so I wasn’t sure just how to correct all the problems with the old one and get it all hooked up properly.

It might take another day to sort out the problems and get it to work.

Fertilizing before the rains

It’s supposed to rain tonight and tomorrow so it would be a good time to scatter some fertilizer on this mulch in the raspberry patch so the rain can soak it in and get that mulch to mulching more. 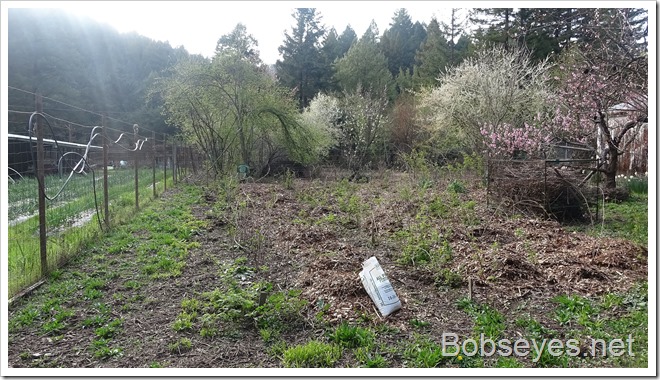 That finished off the day. The frost we had the other morning either was light or didn’t happen so things are still ok in that department.