All I have to do is supervise

Today, my plan was to drive to Santa Rosa and help Marty install his TBI injector kit in his 1968 Chevy van. He’d been working on it for a few days now and could use some advice/help getting it all hooked up.

So, once I got it going, around noon I drove on over to his house where I found him working on it. 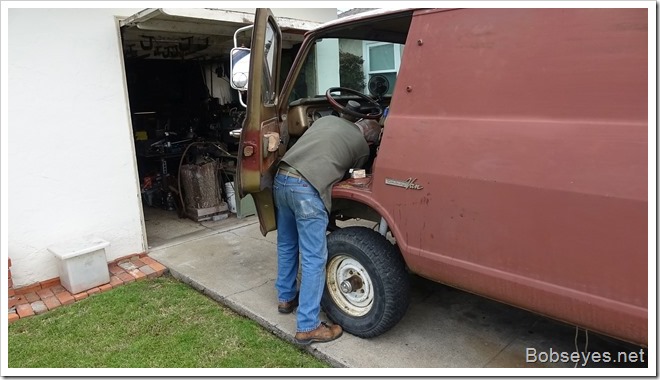 That’s the TBI unit to the left of  his orange engine. The TBI unit replaces the carb with an injector unit with a computer and it all has to be hooked up properly. 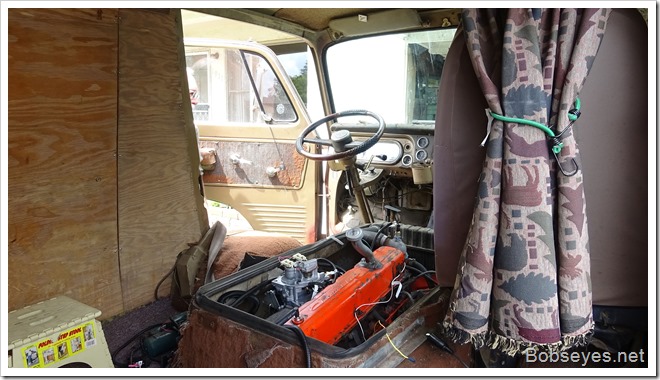 Here’s Marty hunting up some parts we need in his shop. With a lot of hunting he found what we needed. 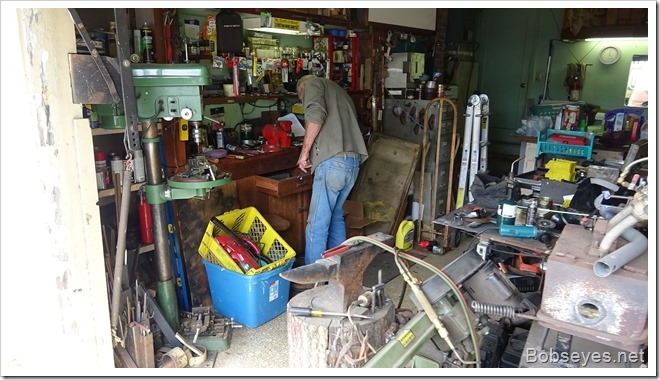 I didn’t do any of the work, but just supervised and made sure he put things where they were supposed to go. 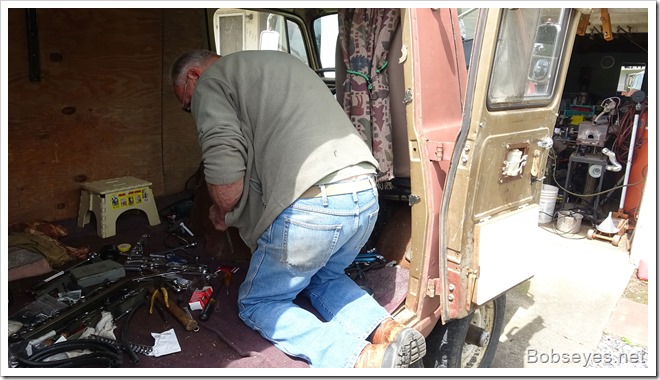 He’s in there hooking up the new computer. 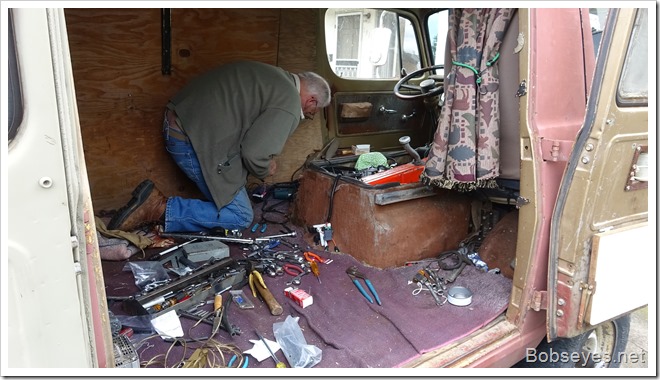 Splicing in the computer

Splicing wires together for power to the new computer. 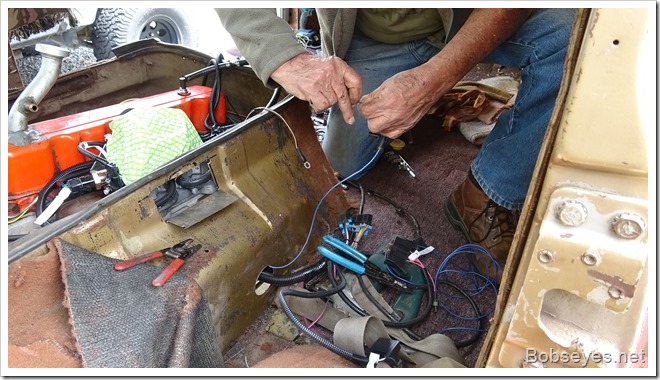 It’s not so easy getting under there

I had a good job while I watched him crawl under the van doing all the hard work. Just getting down there and under and out again is hard work for older guys. 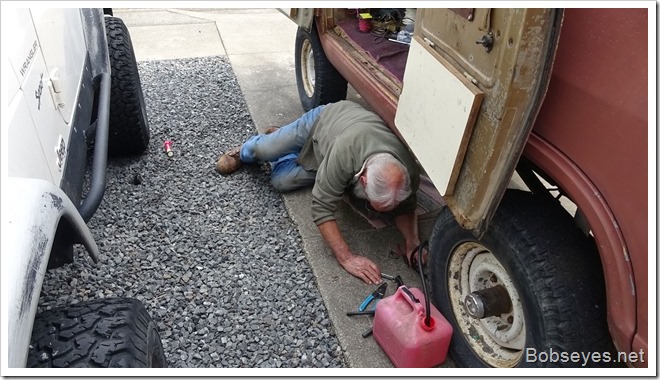 We got everything hooked up so we hooked the battery up to give the unit a test. It’s not ready to start up yet, but we could check the new electric fuel pump to make sure it was working  and we were able to turn the key on to make sure the computer had power which it looked like it didn’t have. After some investigation we discovered the Check Engine Light he had installed was burnt out or something.

He finished hooking up the fuel lines and by that time it was about 6PM so we quit for the day.

He has to tidy up all the stuff we installed today and get his exhaust welded up at the muffler shop and hopefully he’ll be good to go.

Marty is working on his van getting it ready to go for the Continental Divide trip we are planning on doing this summer.

I headed home just after 7PM. When I opened my car door I could hear my neighbors generator running which meant the there was no power so I got the oil lamp out and lite it for light.

About forty five minutes later the power got fixed so I cooked up some dinner and that was my day.