Helping Barry and a Late Paddle At Jenner

I was just about to leave to go down to Jenner for a yak when my brother Barry pulled in with his dirt bike on his truck.

He needed to build a gate at his place and make it automatic so we went out to my automatic gate and he picked my brain.

He also has to install some metal roof, so I showed him my screw gun to put screws in a metal roof. I showed him how it works and let him try it out so he knew how to adjust it and I let him borrow it as it really  makes the job much easier and you get a better job. 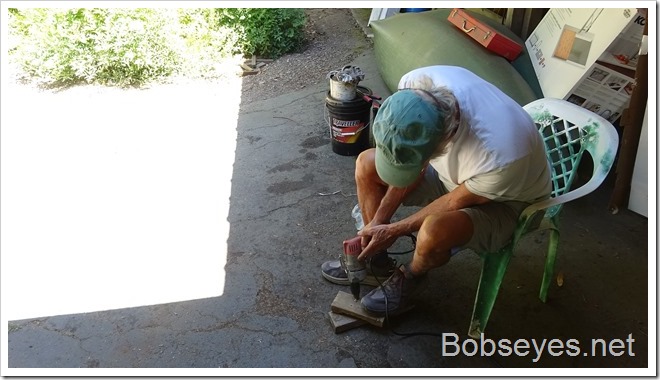 We shoot the bull for awhile and then I left for Jenner and he went on a dirt bike ride up in the hills.

I put my boat in the water and was about to cross over the river when I heard someone say hi up at the visitors center. I recognized the face but couldn’t remember his name, older age stuff. Later I found out his name was Patrick a guy I shot the bull with down here on and off when I ran into him. 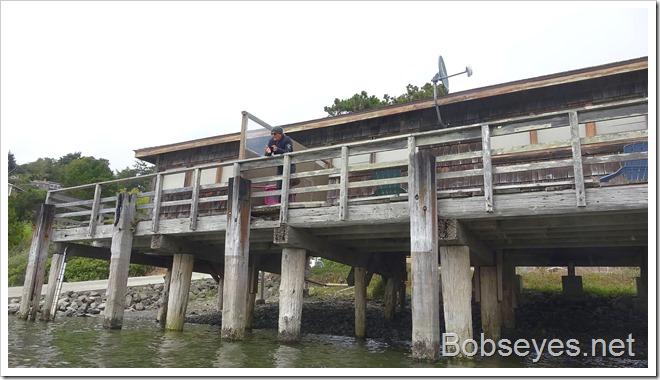 Think out of the box

We shot the bull for about an hour as I tried to talk some sense into him on his ecology views. We had a good discussion and I think I left him with his old views of things. I told him he needs to think out of the box when I left.

I headed across the river and decided to paddle on down to the river’s mouth about a half mile down river so that’s where I headed.

The river’s mouth is up there by that big rock and that’s where I’m headed. 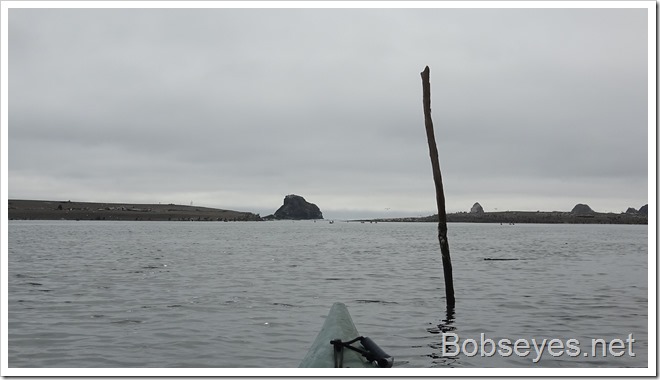 There’s lot of birds at the mouth. 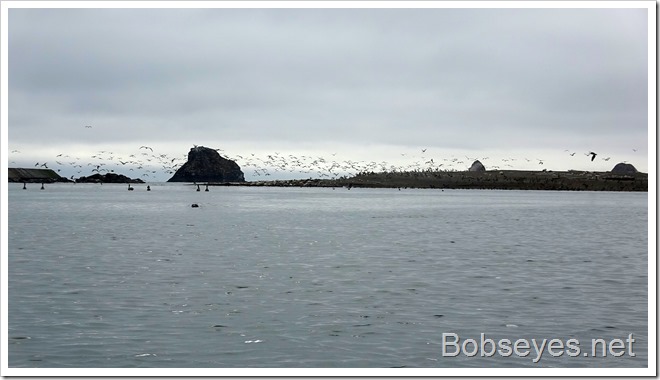 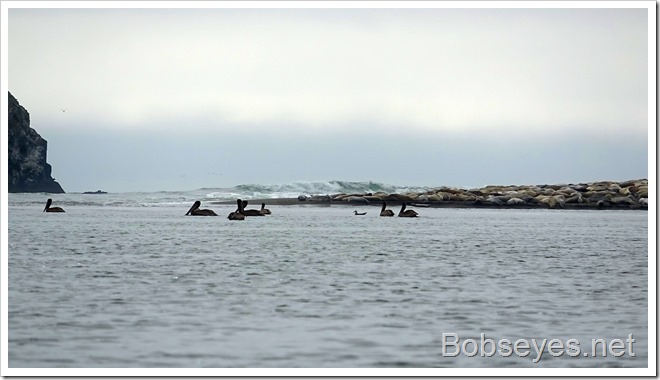 More birds at the mouth. 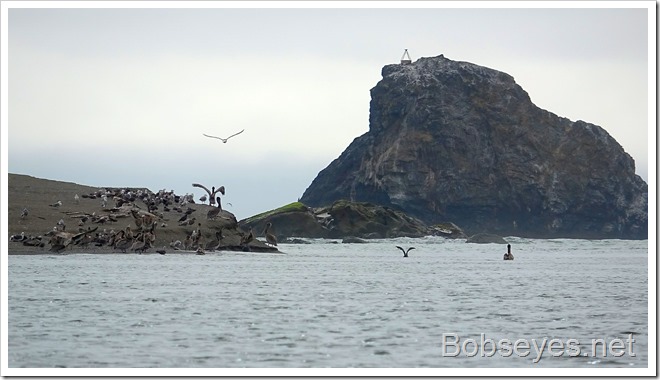 I sat in my yak and watched all the goings on for an hour or so. 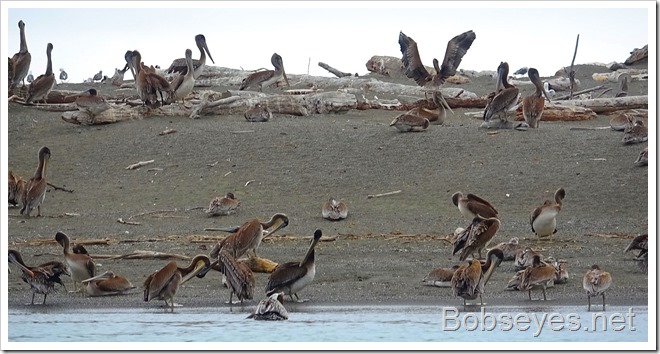 Pelicans do some weird stuff so watching them is interesting. 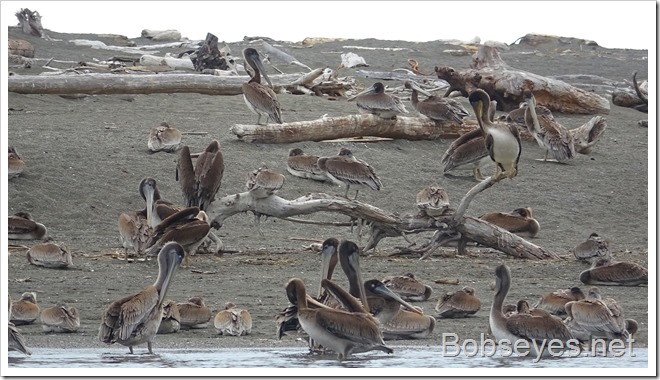 Seals and birds resting on the sands. 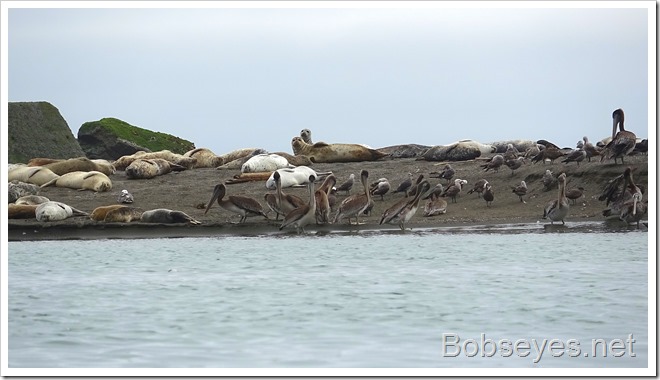 When I left I paddled by these birds slowly as to not make them fly which they didn’t. But just after I passed some people got too close to them on shore and they all flew into the air. 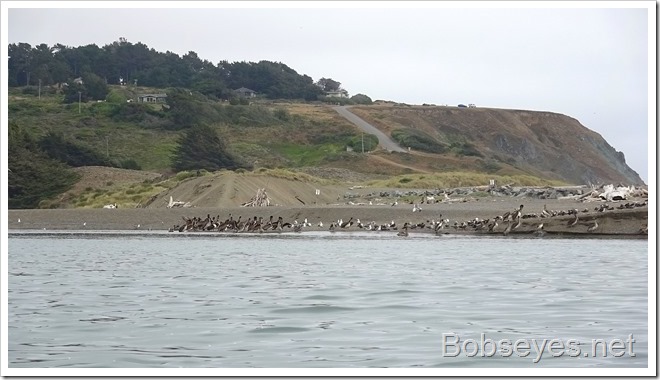 There’s a bit of high fog coming in for the night as I head for the boat ramp at Jenner. 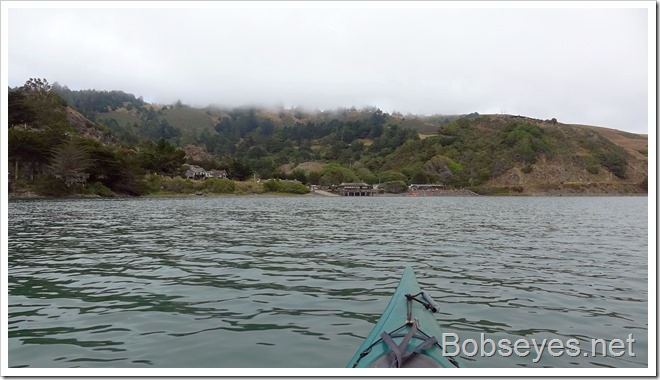 I pulled into the boat ramp around 6. I like it when no one is using it and it’s a good reason to go later in the day as most people go yakking early in the day, but not me as I’m a night owl and don’t get going early. 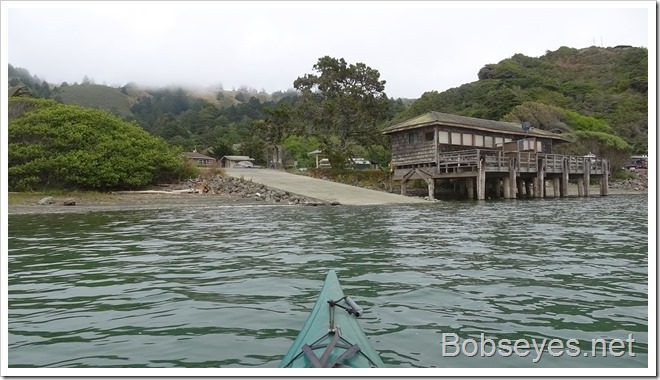 I drove on home and did some chair hopping until almost dark when I checked on  my chickens and found all these broody  hens in the nest boxes. I kicked them all out of the nests and closed up the nests so they couldn’t use them and would have to sleep on the roost with all the other birds. 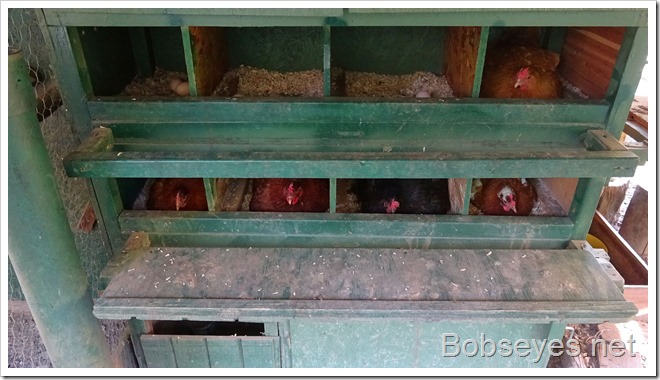 1 Response to Helping Barry and a Late Paddle At Jenner