We broke camp this morning and headed south on this good highway 205. 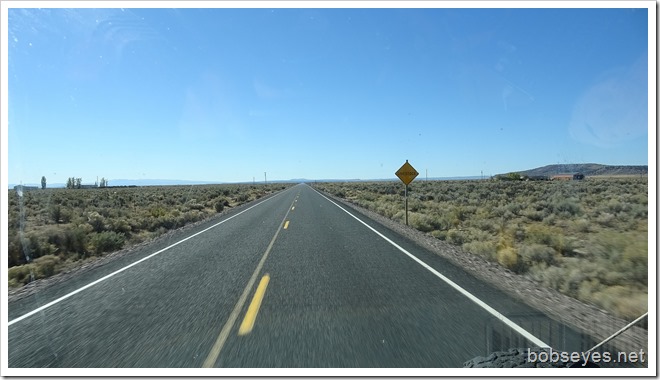 We were going to drive through some animal and bird refuges today.

We stopped at one here which I’ve forgotten the name of but this viewing tower was interesting and no we did not go up it. All the visitor center stuff was closed. 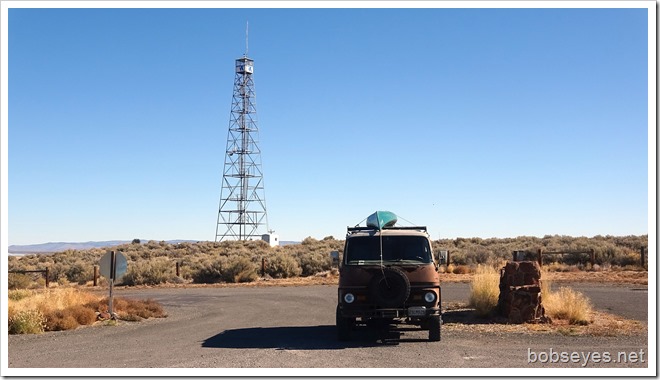 We travelled down the refuge patrol road that mostly sucked as it had real bad washboards which would shake the heck out of the vans. This looked like it would be an interesting area when it was green. 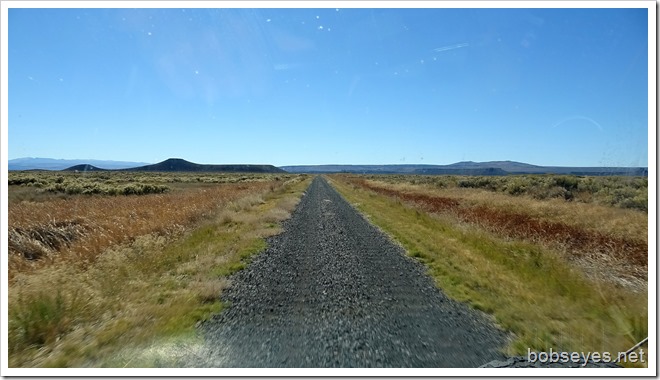 Eventually we got back on Highway 205 and continued south going by these cattle. 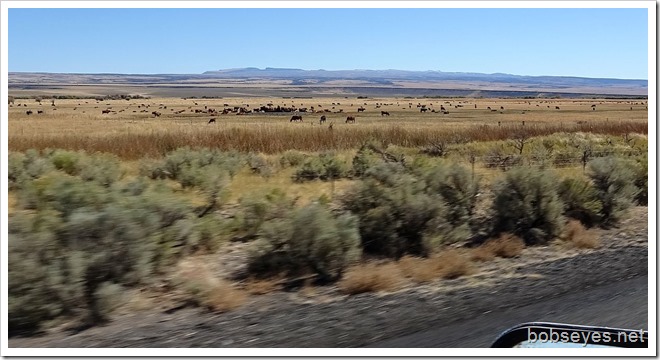 This was the only little town we went by, Frenchglen. 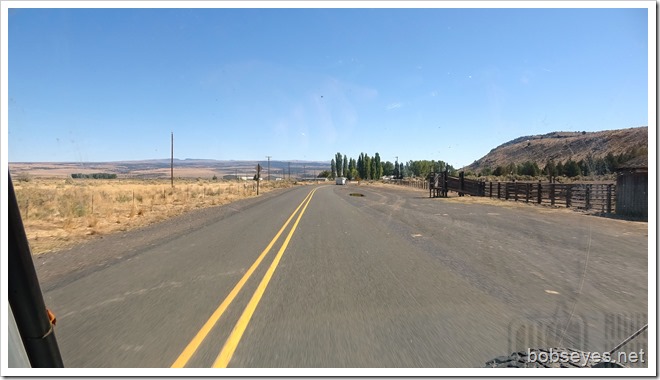 We had to go through the Hart Wild Life Refuge which also had very bad washboard roads for miles. These bikers where stopped and working on one of the bikes so I slowed down to see if they needed anything. No, they said, they just got a tire patched up. Thanks. 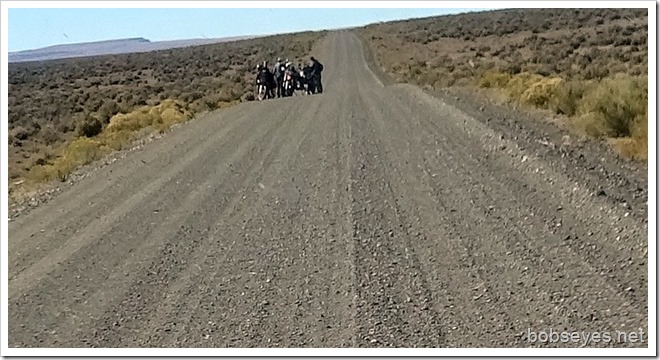 We stopped by this reservoir for lunch and a break before continuing on. 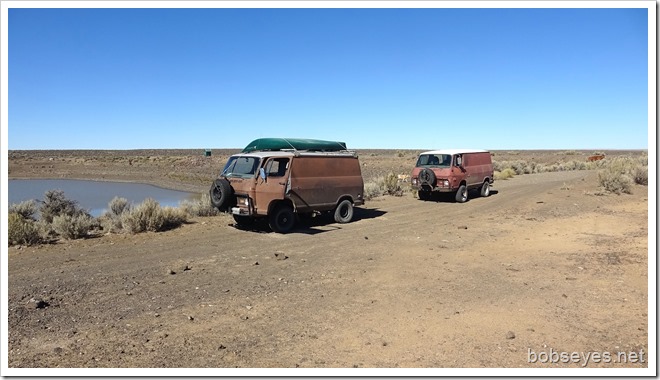 Hunting for a camp spot

We were looking for a place to camp but one needed a permit to camp in the refuges and we don’t do permits or pay camp grounds as we like to get away from that sort of thing so we have to hunt to find a boon docking site sometimes which we were doing now.

Shows promise for a camp spot

We’d been crossing a refuge of very bad washboard roads for the last twenty  miles when we finally dropped down and off the refuge to a much better road. There are a bunch of shallow lakes down there at the bottom where we hope to find a camp spot for the night. 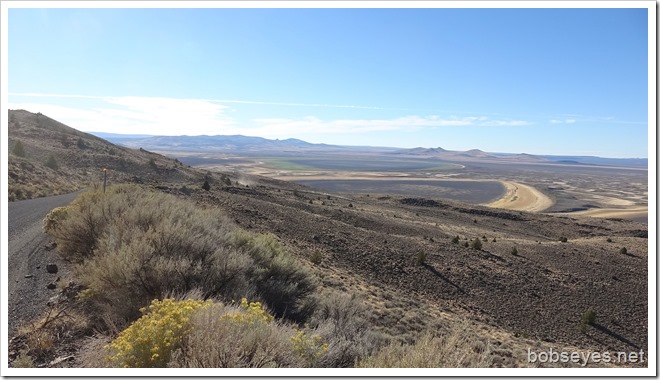 On the way down the hill we stopped to have a look at some of the shallow lakes down there. 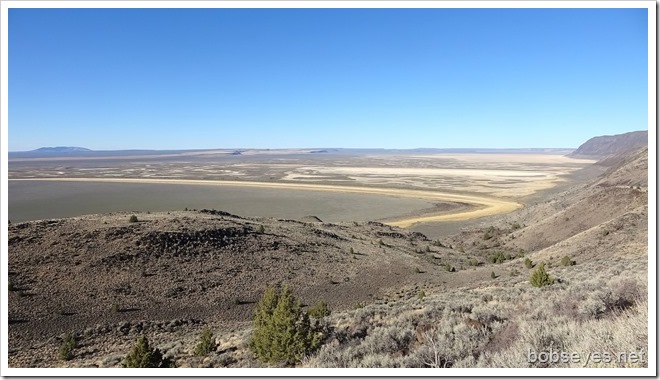 We were watching for any roads off to the right to find a camp spot and checked out a couple of them before taking this one CR-3 for a couple of miles where we found another dirt road off it that looked promising and it was. We were on the edge of one of the shallow lakes dried up for now. 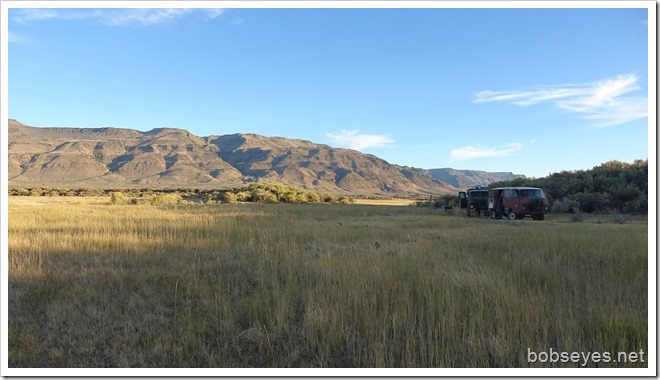 A view from our camp spot looking over the dry lake bed. 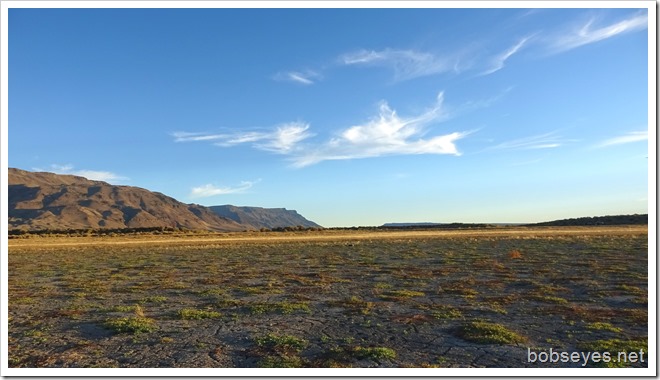 And the view to our right looking out where I was going for a short walk soon which I did. 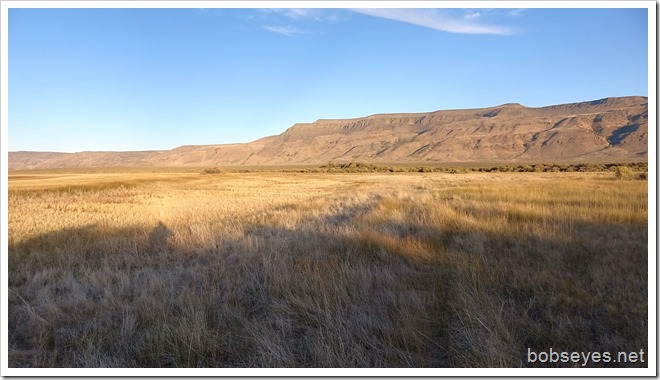