I went over to visit with Adele one more time to say goodbye. She didn’t have much time to talk as she was getting ready to pour cement in her drive and new garage. 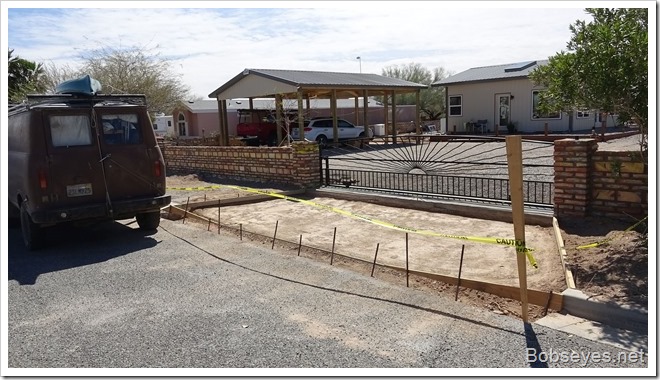 From there I went over to visit the crazy rock lady.

Here’s some more of her rocks on the kitchen window sill. There’s always something interesting in her stuff if one looks closely. 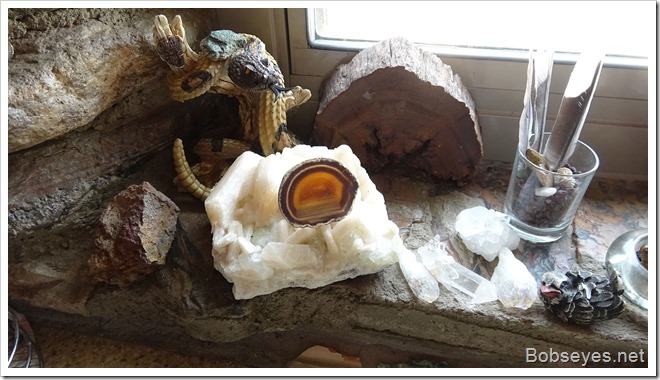 The other half of the sill. 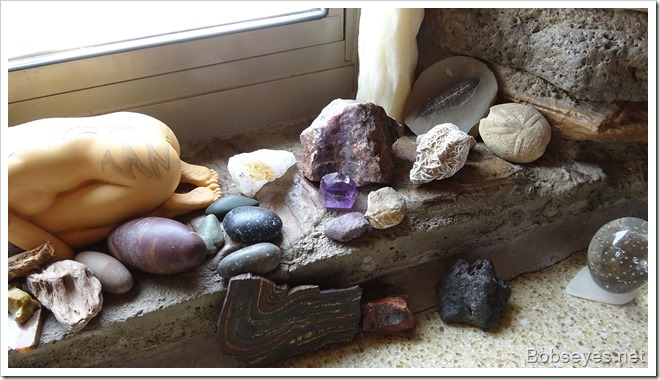 As it was she was waiting for some cement too to anchor her horse in. She put plastic bags around it’s feet to protect them from getting cement on them. 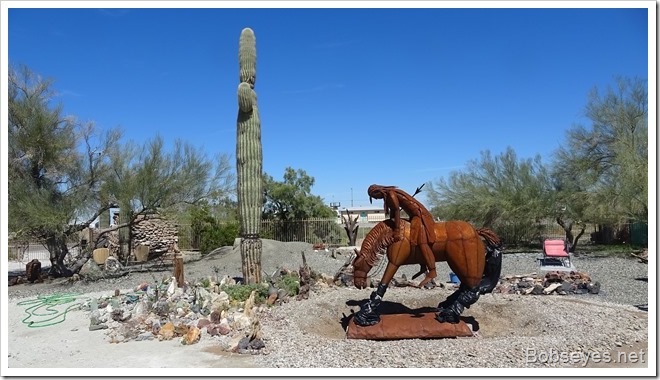 I drove back over to Marty’s to see how things were going. He’d moved to the bed in his RV and seemed to be doing much better. A friend was getting ready to drive Patti and him home in his motor home which would take two days.

I said my goodbyes and went out to my camp spot.

Started for home on Saturday

The next morning I started on my way home.

Except for some butterflies spattering on the windshield the ride through the desert areas were nice. 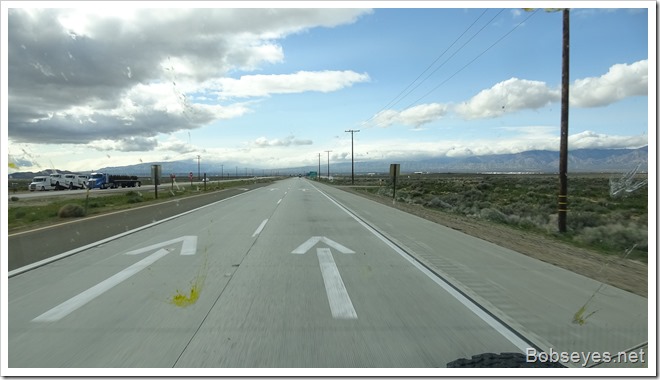 I was planning to find a camp spot near Bakersfield but when I looked on the roads I thought I could find a camp spot their were train tracks everywhere making turns to get up into the hills and there were no good camp spots as most of it was private. So I looked down around I-5 in this area but it was all closed off so no luck but the flowers were looking good. 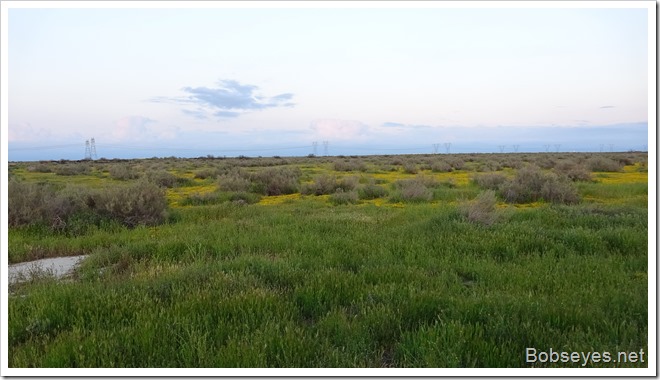 It was getting dark so I decided to continue on home up I-5.

I was doing ok when I started hitting big pot holes in the road especially in the truckers lane. With it dark I couldn’t see the pot holes until it was too late and they were real bad.

I pulled into a rest area and got out to have a look around for a place to park out of the way of things. I was walking around in the dark when a car approached. The guy opens his window and asks if I wanted something to eat. I think he thought I was a bum or a homeless person. I said no I have a corn allergic problem. But boy did what he had smell good, I think it was something from Subway. I wished him a good evening and said thanks and decided this rest area wasn’t going to work for an overnighter and continued on up the road until I hit the next rest area.

At ten I’d had it so pulled into a rest area and shut it down for the night as it wasn’t safe driving through those big pot holes in the dark. Some of them were big enough to wreck you especially at 70 miles an hour which I had to drive to stay in the left lane and there was an occasionally hole in that lane too.

No more driving in California on weekends

I got it going around nine the next morning Sunday. The traffic sucked big time in California both Saturday and Sunday. I need to remember to never travel through California on a weekend ever again. From now on, only on week days.

The way home took me through Monte Rio so I checked out the river there to see how high it was from the recent rains I’ve been missing.

Here’s the boat ramp which doesn’t look too muddy and it does show the muddy river is up a bit, 8 or 10 feet. Looks inviting after not being in my boat for such a long time. 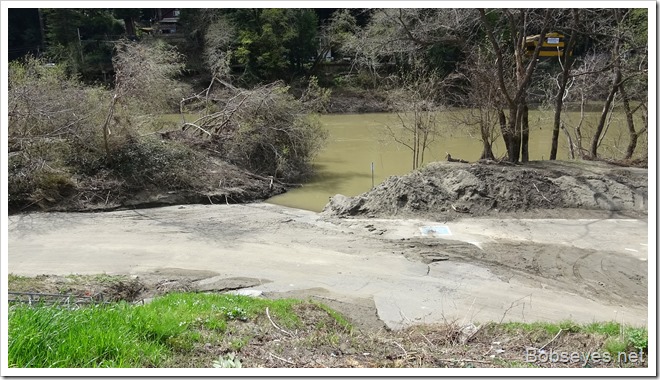 Shorty after that I arrived home. The power was out and so was my internet connection. I got power back on around 7 PM or so but no internet. It appears my phone is out of order so I used my cell phone to call about that and will now have to wait for the phone company to check the line in a day or two.

I spent most of the day checking out the chickens and the yard as the sun was out and it was a nice day.

I had a good trip down to the desert and really enjoyed the lushness of it all from all the rain they had down that way. Everything went pretty well with no breakdowns or problems which is always a good thing.

I noticed my new cell phone has a hot spot and I have two gigs of data a month so I’ll try using it to post this blog from my laptop.