Hauling Woodchips To the Chicken’s Mulch Pen and Blueberry Patch

It wasn’t raining today as I got it going. I walked by this mulch pen where I feed the chickens and noticed it had a bunch of woodchips that were all muddy so I thought some new woodchips in there would be good for the chickens. 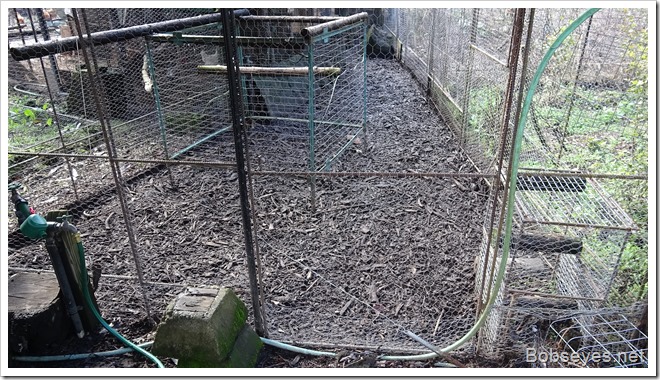 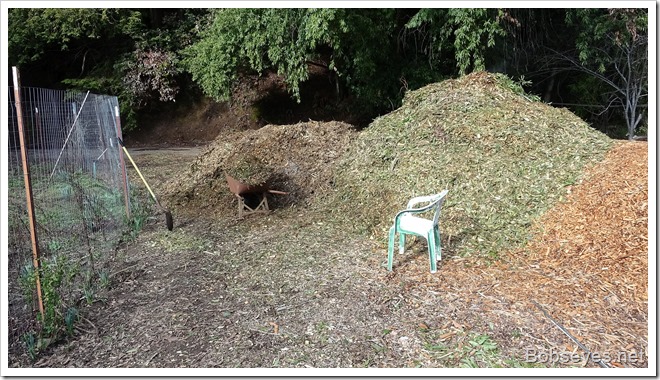 Chickens in the way

I wheeled the wheelbarrow over to the mulch pen but I was having a hard time getting through the gate without all the chickens getting out. I had to move them out and and lock them out of that pen so I could work on it spreading the new woodchips out. 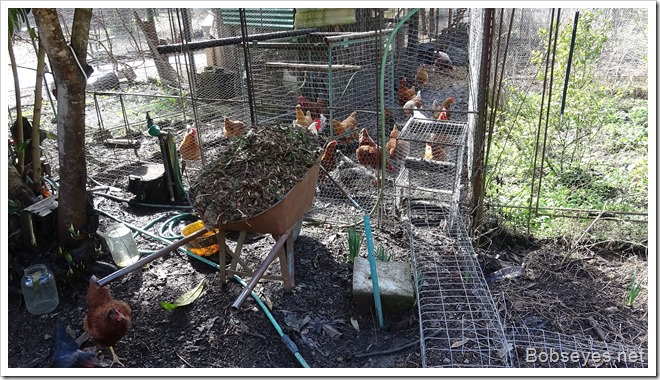 I put three loads of woodchips in that pen and will let the chickens spread them out.

Well since we have all these woodchips I decided to haul some to the blueberry patch as the blueberry bushes could use some more mulch on them.

I dumped ten loads of woodchips in there taking my time though out the day as not to work too hard. 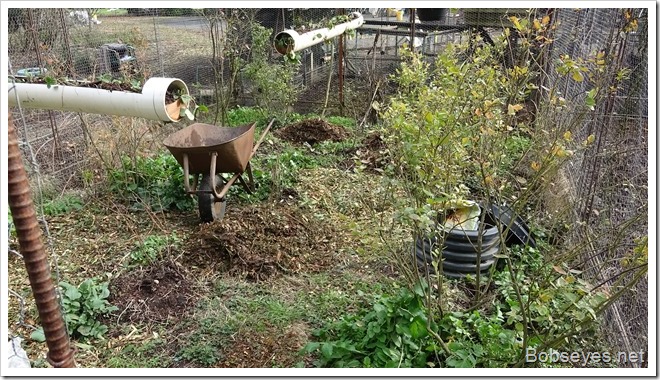 Spreading out the woodchips

I spread out he piles of woodchips in there as I wasn’t planning to let the chickens in there to do it for me. 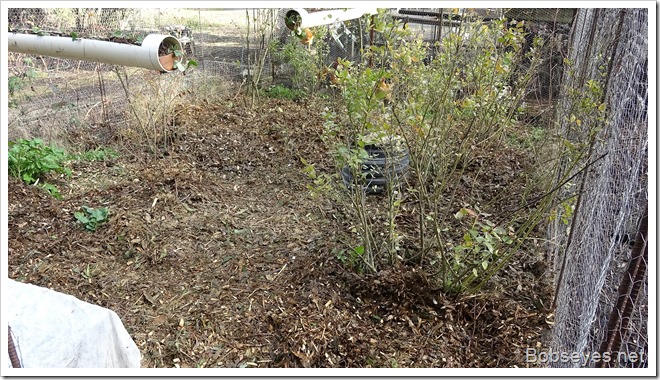 I checked out these daffodil plants coming up and are about to bloom which means spring to me. Another couple days of sun and they should be blooming nicely. 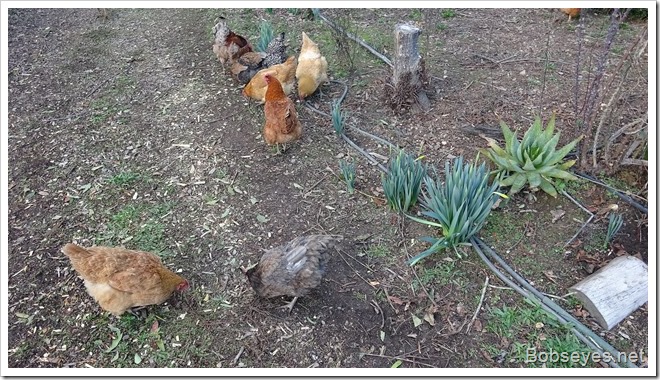 For me Spring is here about the end of the first week of February as that’s when the plum trees start to bloom and turn the trees white and then all the other fruit trees follow suit when it’s their time to bloom.

Speaking of Spring I’ve got about 12 new roosters getting their hormones which means they are starting to crow a lot and doing a lot of chasing around of the hens and in the process tearing things up.

As they mature they tend to work off each other crowing all night long.

When they do this it’s like they are saying butcher me so I’m prepping things to get the job done soon.

For this reason it’s easier for me to butcher the roosters than the hens.

And besides I can use some fresh chicken meat.

So I washed out these two water containers that I put in the rooster butcher holding pen as it’s easier to catch the chickens I want to butcher at night when they are on the roost instead of chasing them all over the yard in the day time.

Here’s where I was cleaning out the two red water containers and filling them up with water. The roosters get water but no feed the day of butchering as things are cleaner that way during the process. 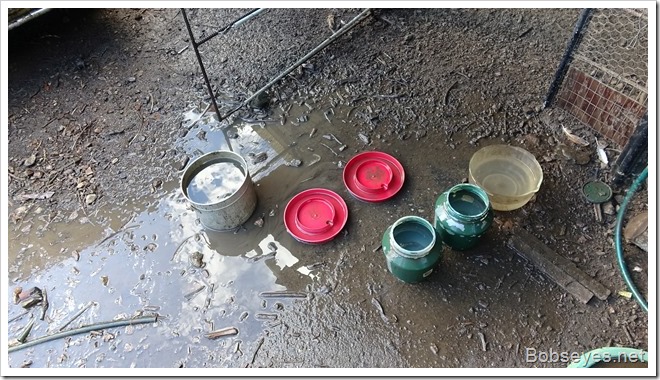 That was pretty much it for me today except for some time I spent chair hopping ar9und the yard in the evening.