Since I broke my band saw gear yesterday my brother Tom offered up  his band saw that he got at a garage sale some time ago. He says there’s something wrong with the on off switch as it doesn’t always work.

Here’s the band saw a nice Milwaukee which should be a much better made saw than the Harbor Freight one that the gear broke on. In all fairness I’ve used my Harbor Freight saw for a number of years and it’s worked well. These hand band saws are great for cutting metal stuff which sure beats the non powered hacksaw by a mile or more. 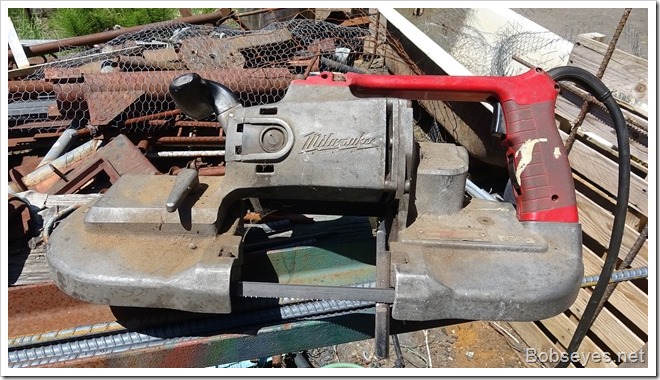 I tried the band saw and most of the time it would turn on so I set up some rebar to cut as I wanted to make another gate as I needed to fence off a section of the chicken pen to raise little ones in.

This chicken thing is  mostly all new to me and I’m playing it by ear and doing what I need to make things as easy as possible to take care of them in all their different states. And I like to make things as practical and useful as possible to make my life easier so I make things as I determine I need them. I want to get a few meat birds and raise them up and the chicks are just now becoming available so it would be good to get this done. 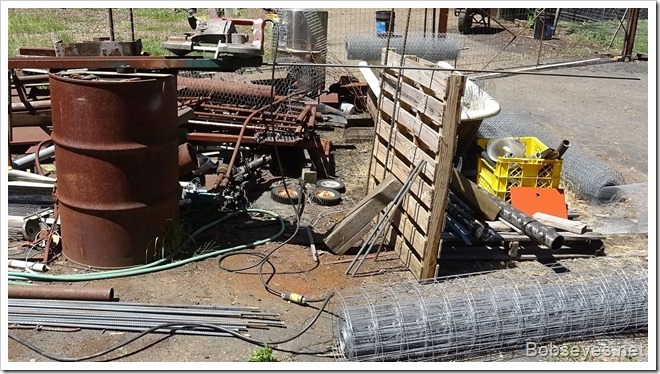 The saw runs most of the time testing it out, but when I put it down on the rebar to cut it, it mostly doesn’t turn on so not much rebar is getting cut. I played with the saw turning it this way and that checking the electrical cord to see if the problem was in there or maybe the brushes, but I finally determined it must be a bad switch so I set the saw up to take the handle apart so I could get the switch out and work on it.

Handles off and the switch is exposed. 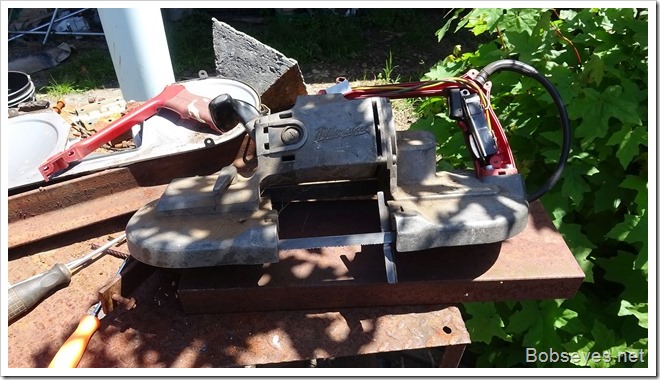 I removed the switch and noted someone has taken it apart before and modified things a bit. 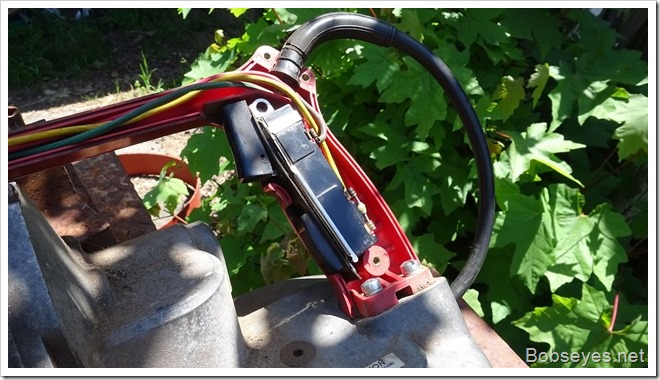 When I took the switch apart a tab broke off the little clip that held it all together likely because the guy before bent it when he didn’t need to. No matter without that little clip the switch wasn’t going to go back together easily. I did take it all apart and could likely get it to work if that clip hadn’t cracked.

So the next best thing was to see if I could find the part on Amazon.

Amazon served me up a switch but I wasn’t sure it would fit this saw so I went to the Milwaukee web site and tried to look up the saw. They skipped over the serial number for this saw which wasn’t good meaning this might be discontinued and I wasn’t able to match anything up on their web site so I went back to Amazon and checked out the switch there carefully and found it to match another part number I’d found on the Milwaukee web page so I had my brother order the part.

I put that aside until I get the part and used a big power hack saw I have in the garage to cut up the rebar I needed for the gate and welded it up in this photo. It still needs hinges but I’m out of them and need to buy some more when I get to the store. 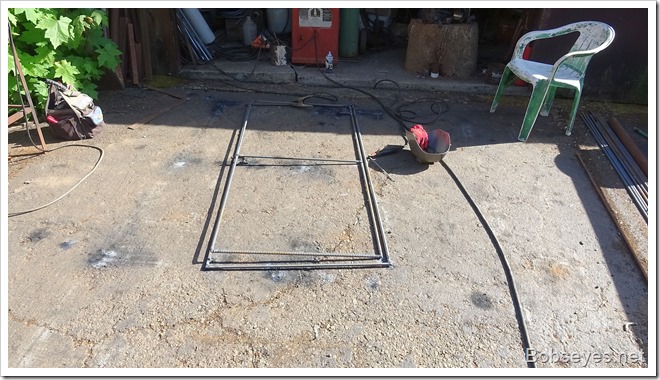 After that I did a bunch of chair hopping around the yard and just enjoyed the nice day.