Today I planned to hang around the van at camp in Queen  Canyon on the Kofa.

I started out giving myself a haircut. 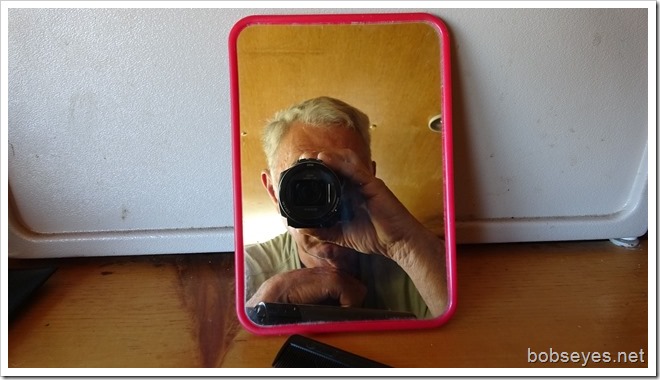 After a break I checked the van’s engine fluids. 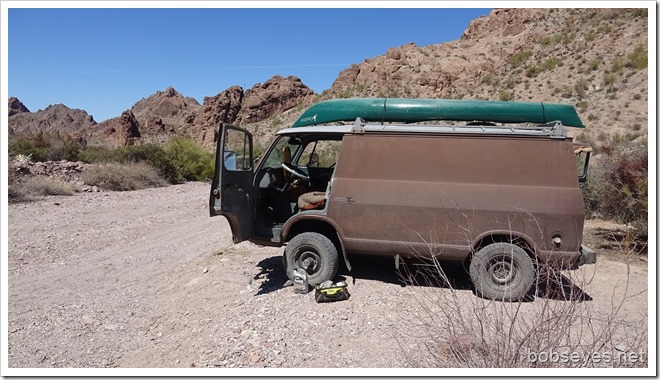 I added a bit of coolant to the radiator and the oil was fine. 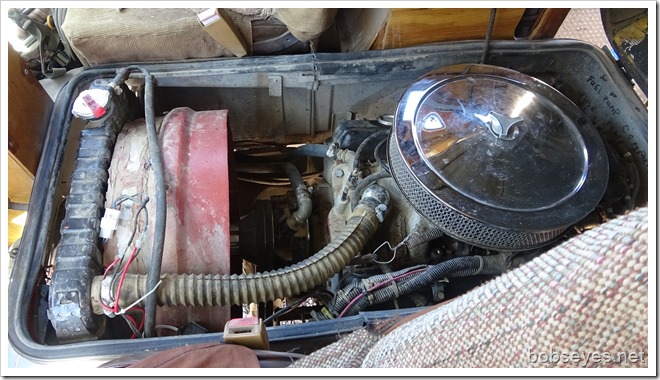 Checked out the noisy shock

Then I got some other tools out and checked out the  shock that had a loose mount on the way in to see just how bad it was.

Here’s the bad shock covered in oil as it’s leaking. 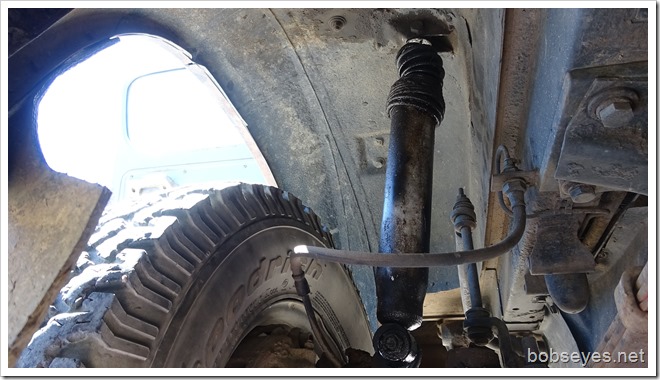 Personally I think this shock is a bit too long in the body and may be hitting. 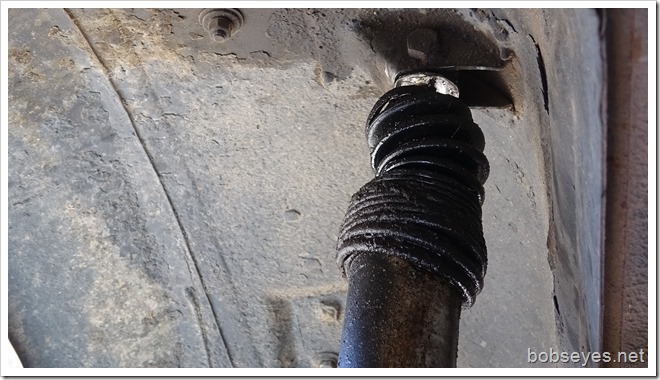 Here’s the bottom mount bolt that I tightened on the way in the other day. The rubbers don’t look good so I’m gong to take it apart to check it out. 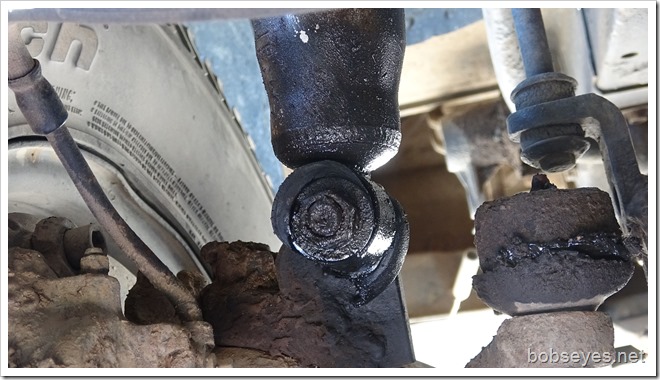 I got it apart. 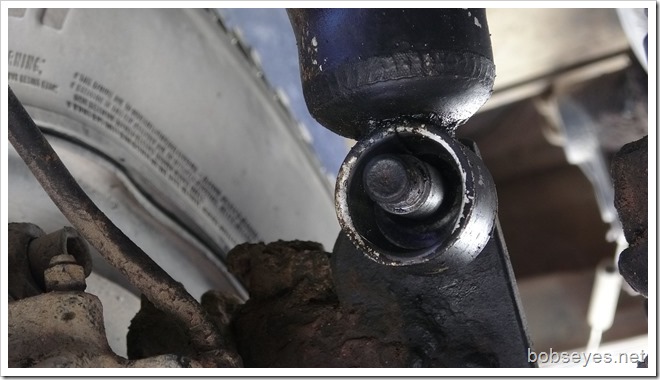 This rubber bushing doesn’t look good, but it’s the only one I have so I’ll have to put it back on for now. 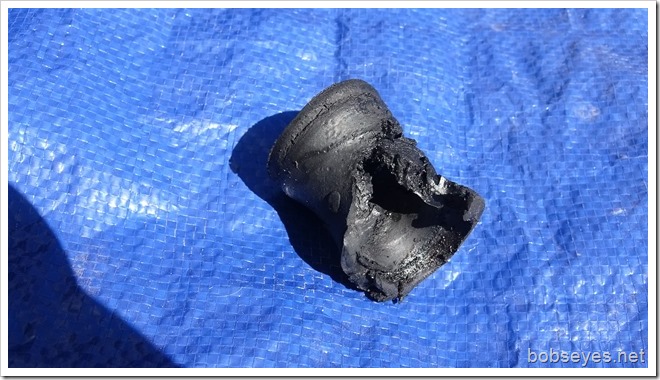 I put all the shock stuff back together as it will work for now.

After cleaning up and taking a break I decided to make some bread type dough. I’ve had some flour and water making yeast for over a week now and it looks like it might work for bread so I used it in this dough. 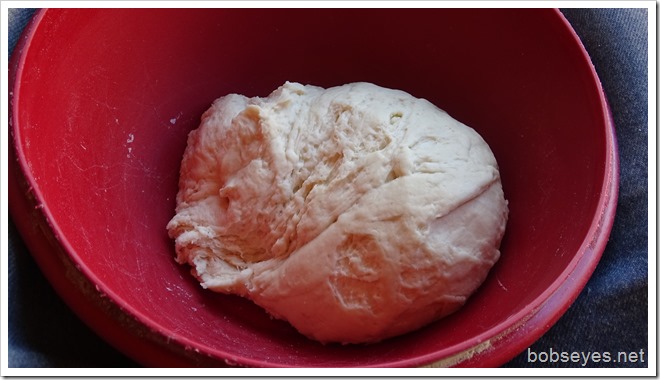 I made these rolls to fry up. 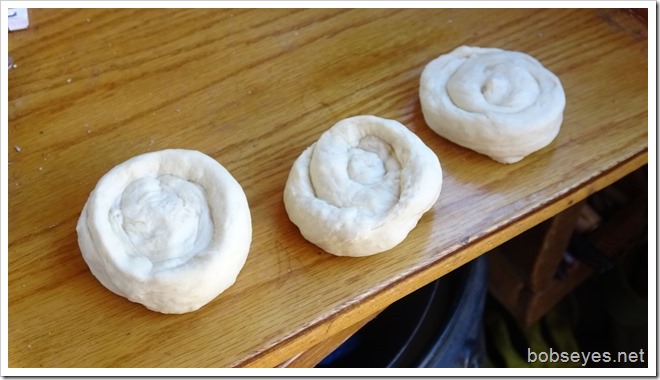 I used coconut oil to fry them up in my wok. 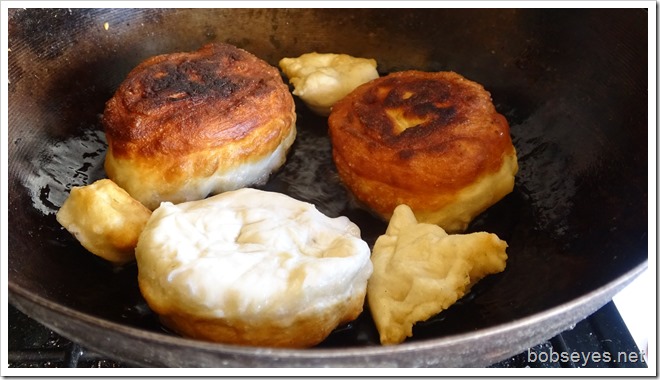 I put the big rolls aside as I have plans for them. I ate all the little pieces which were good and the homemade yeast did well. 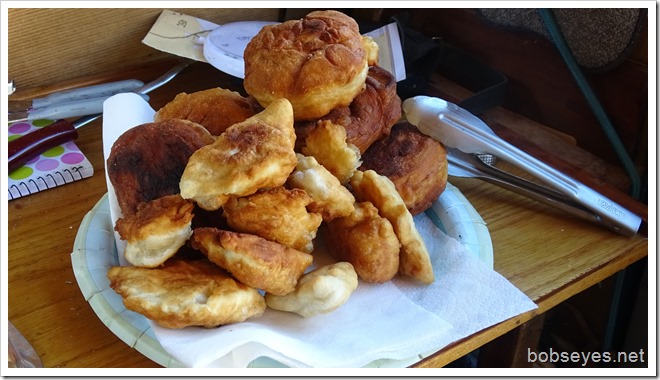 I took it mostly easy the rest of the day doing some reading and watching this little guy checking my camp site for anything edible. 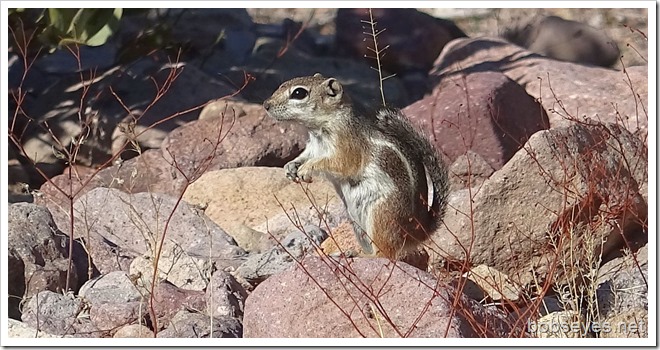 Later in the evening I put my jelly rolls together. This is what happened to the rolls I made earlier today. I was saving some black berry jam Dominique gave me for Christmas for this. Yummmmmmmmmmmmm. 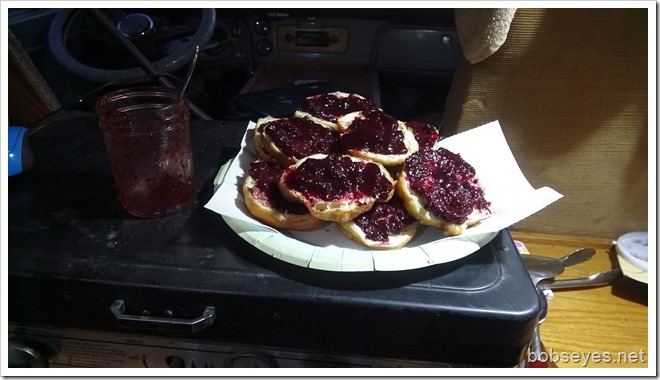