A bit of weather

While I was sitting around in the yard around noon today it started to hail for about ten minutes. After that it showered for a few minutes and it all melted and was gone. We don’t get much hail around here. 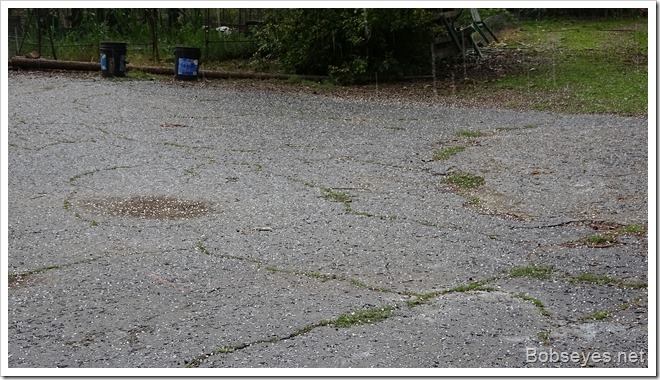 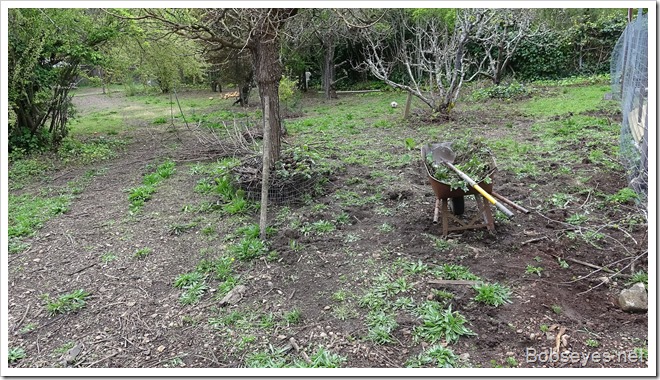 I’d cooked up some chicken bone broth last night and was thinking the bones would be good for the chickens to eat. So I wired this big pot to the fence so they couldn’t tip it over and put 3 chickens worth of pressure cooked bones in it for them to eat. Yummy. 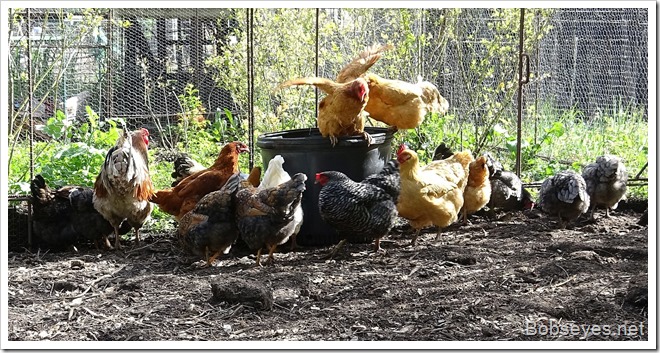 Wow, they sure worked over those bones. I checked to see what was left late in the day and there were only about 4 little bones left. I guess they liked those bones. 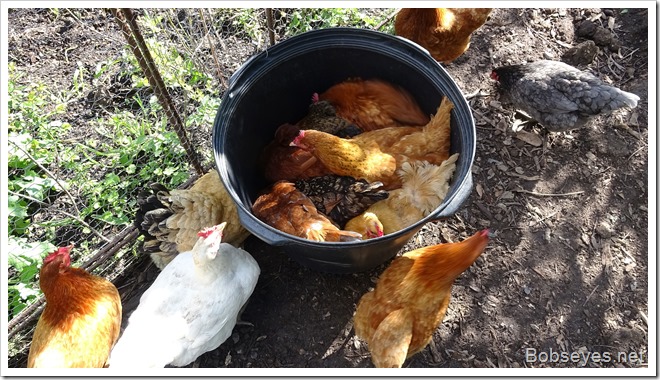 There’s a place in my fence where I thought the chickens were getting out of my yard and into my brother’s yard next door so I cut some bamboo to fix it. 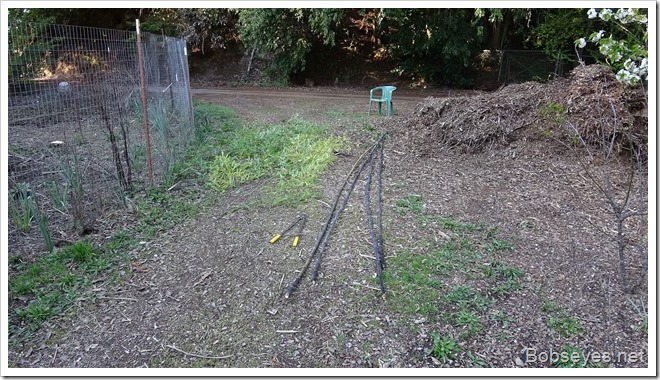 I put pieces of the bamboo down through the  squares in this fence to hopefully stop them. 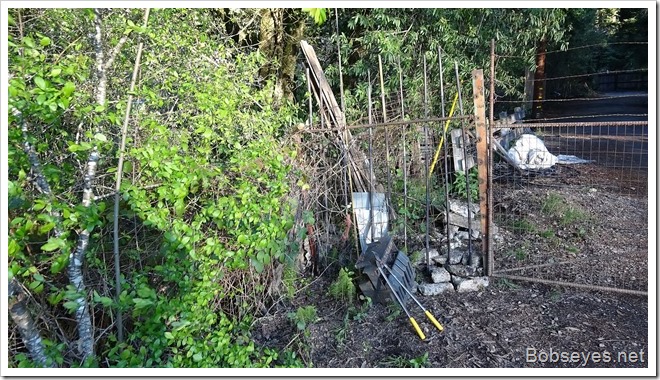 But when I let the chickens out into the yard I saw where they really were getting out. They went through here and flew over the creek, especially that black one.

I’ll have to put in a fence in this spot tomorrow. 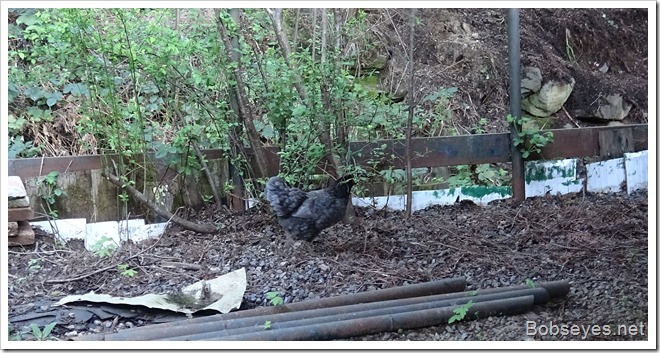 I moved my van back a couple feet a couple days ago to see if the radiator fluid leak had stopped but a new spot appeared behind the other one so I still had a leak somewhere. 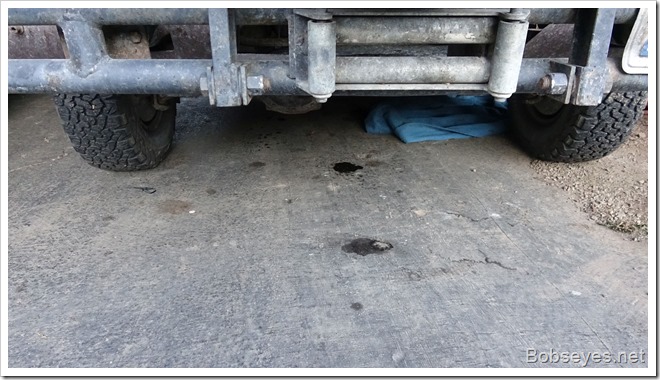 I got out a good light and opened up the van’s hood to see if I could spot where the fluid was coming from. 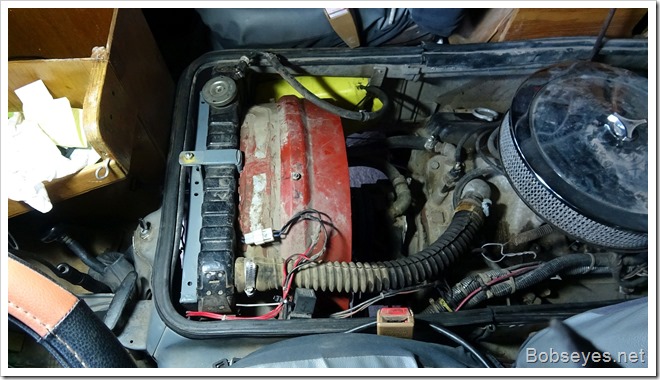 Fixed it I hope

I looked all around and saw a bit of fluid under this radiator hose clamp so I tightened it up so maybe I fixed that leak. Time will tell. 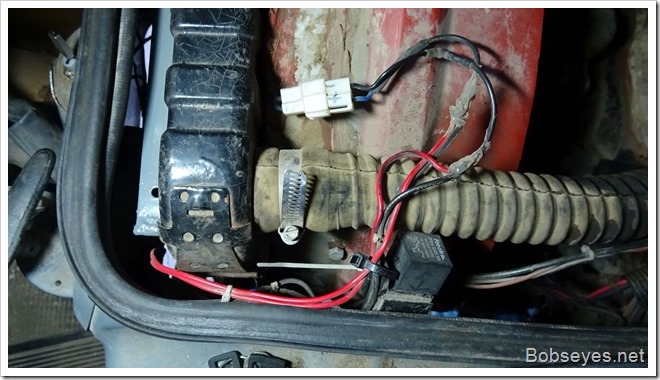 While I was at it I decided to at least set up the floor jack under the van to take apart the broken spring hanger. I wasn’t going to work on it, just set up the job, but. 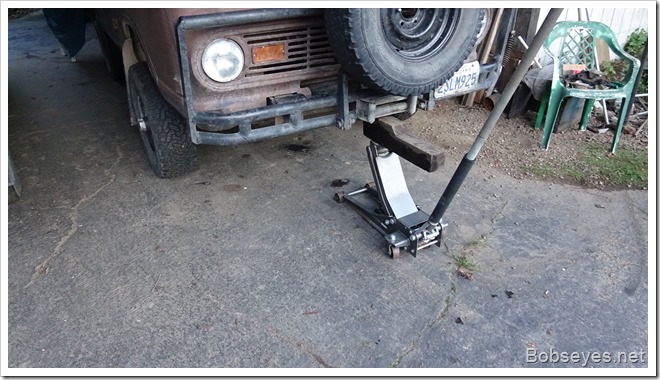 I got out the impact wrench and took this broken hanger apart. 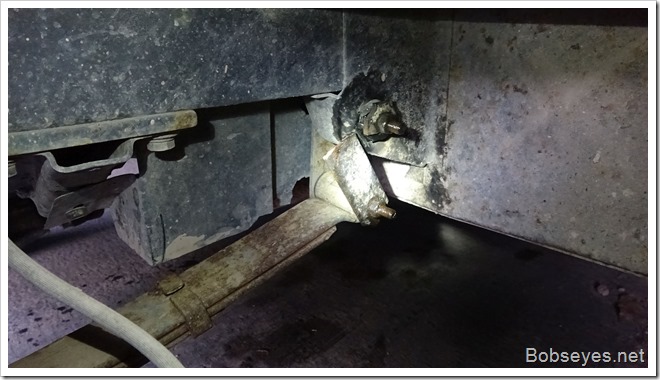 Here’s the two pieces of the broken hanger. It looks like it had started to break a long time ago before the Mojave Trail trip. My hands got a little dirty doing that. 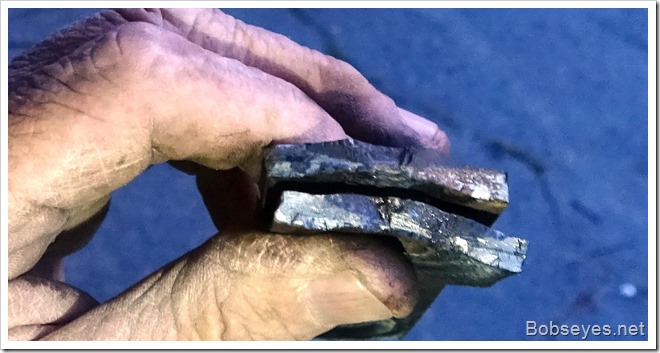 Once the chickens were in their roost I shut them in for the day.

Nice day puttering around the yard and I got some stuff done too.

1 Response to Hail, Blackberry Vines and Some Van Repairs