The group heads to Jenner

The gang put in at the Jenner boat ramp about eleven AM. We paddled across to Penny Island and then down along it’s side to the bottom end.

Here I’m waiting for the group to catch up. 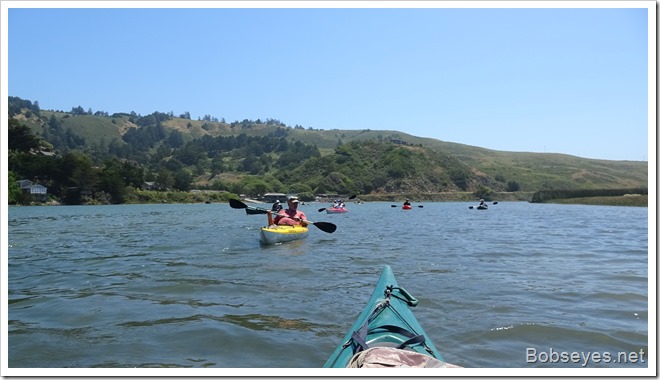 Mila and Cindy were shooting the bull and hanging way back so I paddled over and got them going.

Here’ Mila as I put her in catch up mode. 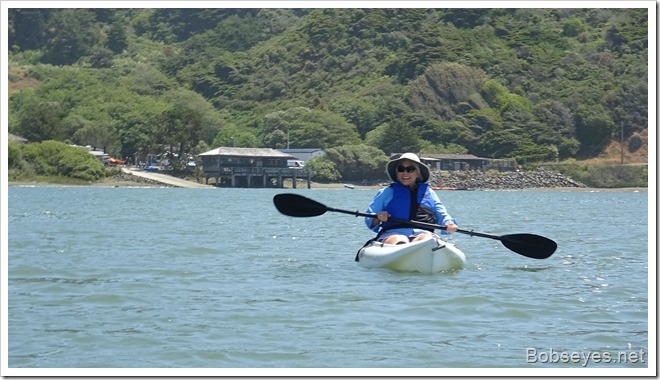 Frist time the biologists have been out this year

We spotted the biologists taking samples up ahead so I stopped by to say hi as I hadn’t seen them down here in a long time. 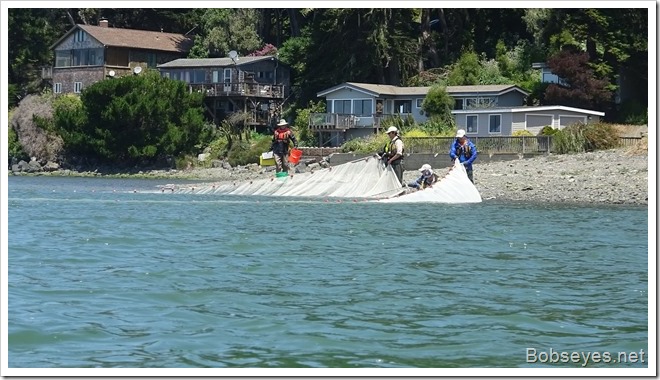 We continued on down towards the mouth paddling along here. 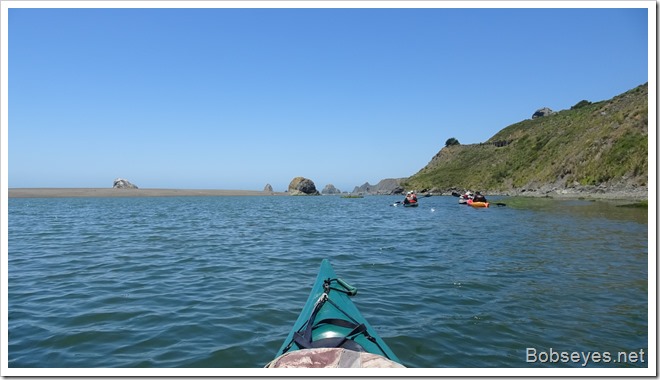 At the open mouth

When we were as far as we could go without spooking the harbor seals I asked them to line up for a group photo and this is them tying to get all lined up. 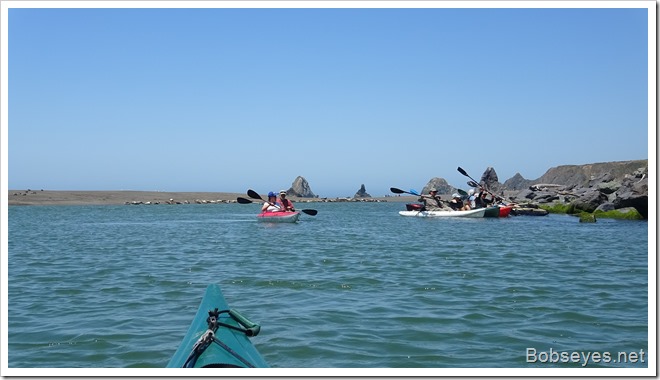 Eventually I joined them and got them to line up nicely in the mouth. 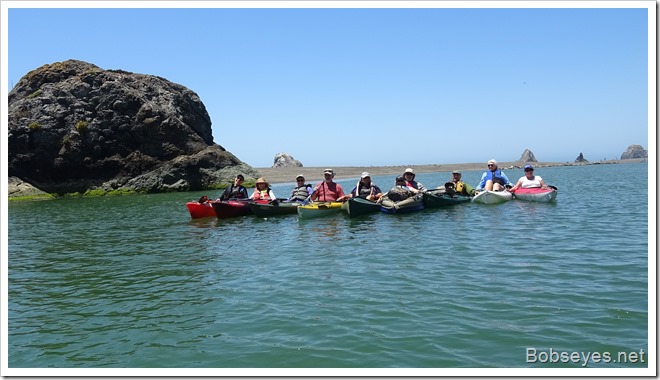 From there we took our time and headed on up the Penny Island back channel and pulled into Penny Island on the upper end, here. 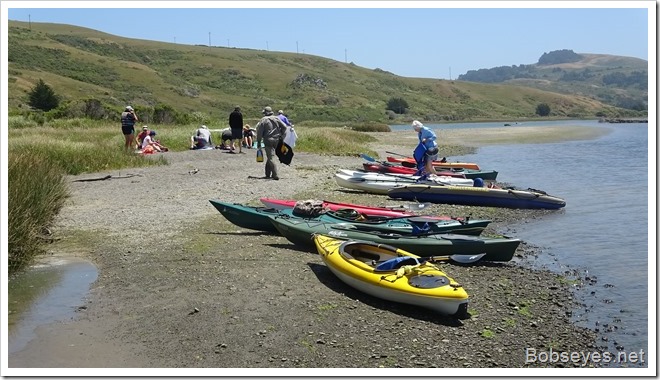 They settled down for lunch. 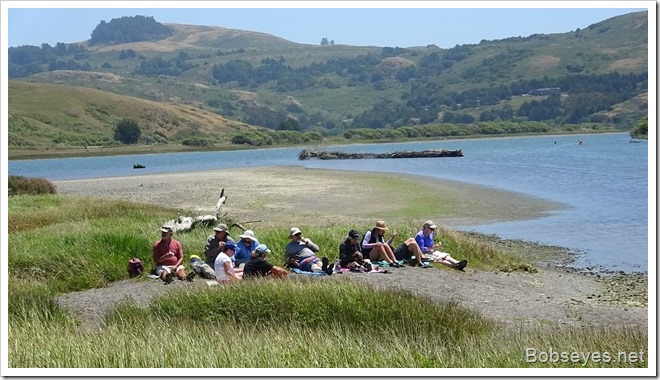 We go for a walk on Penny Island

After lunch we walked onto Penny island to check out the old buildings there going through these trees. 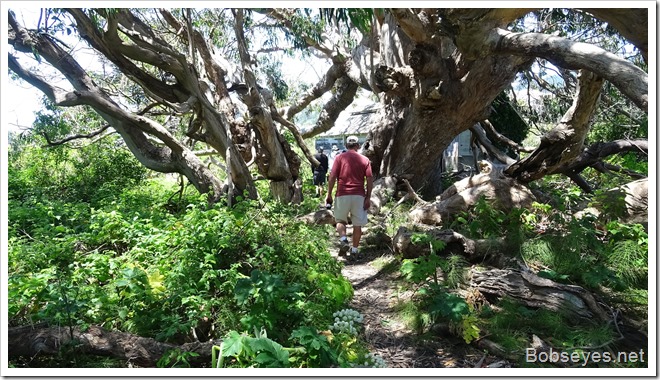 Even though they were all in shorts they were game for walking through the berry vines. I had  my long pants on. 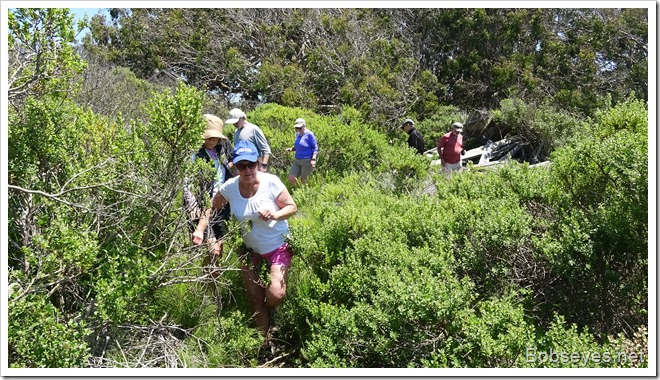 We started to go back when Cindy was determined to get to the old house but we had to get through a lot of berries. George and I followed her and made it to the big tree where Cindy wanted my camera so I gave it to her and she took this photo of George and I by the big tree. 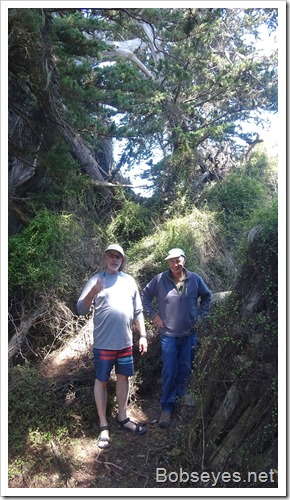 I got my camera back while Cindy and George are trying to figure a way back out of there without going through too many berry vines. 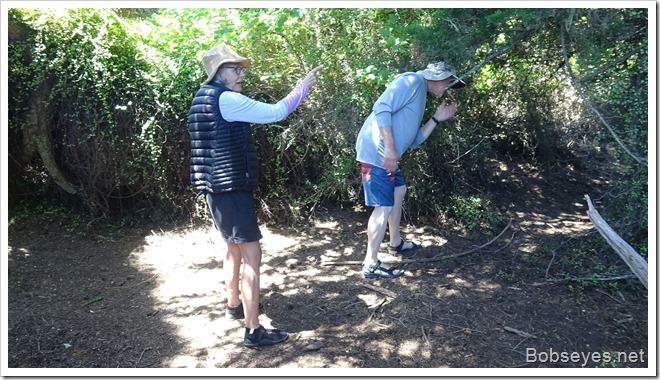 Taking off after lunch

We made it back out to where the rest of the group was and put our boats back in the water. 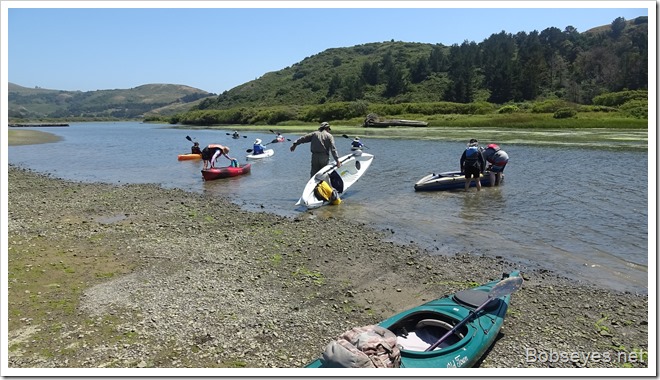 I had them paddle up the river a bit to Eagle’s landing  just up ahead from here where we stopped for the day and headed back to the boat ramp. 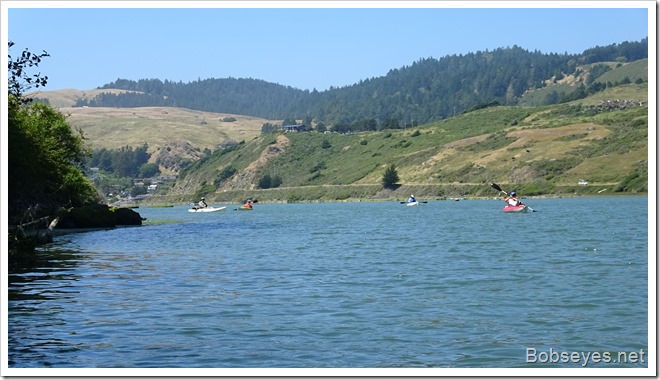 On the way back we went by these two geese which honked at us a bit then flew off. 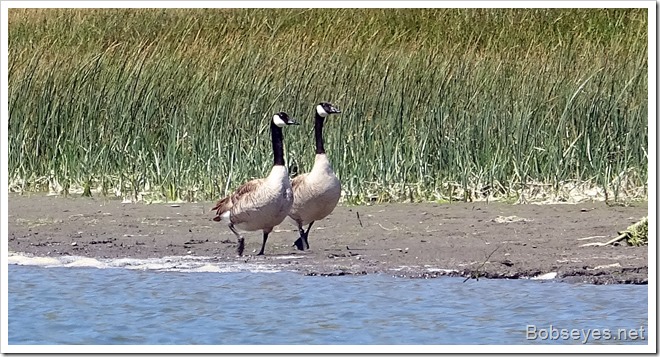 We made it to the boat ramp and got all the boats loaded and headed on home. I left them all at the cabin and headed on home to get something to eat, then went back for a final visit as they were all leaving tomorrow.

We all had a good time and the day was nice with low winds. After dinner I returned to the cabin for a few hours where we all were shooting the bull, then said my goodbyes and went on home and that was my day for a nice one.