Growing Weeds and Getting Some Stuff Done Around the House

Once I got it going today I went out and started the sprinklers on all the weeds in the yard. They only need a little water to keep the weeds going as they are just starting to grow. 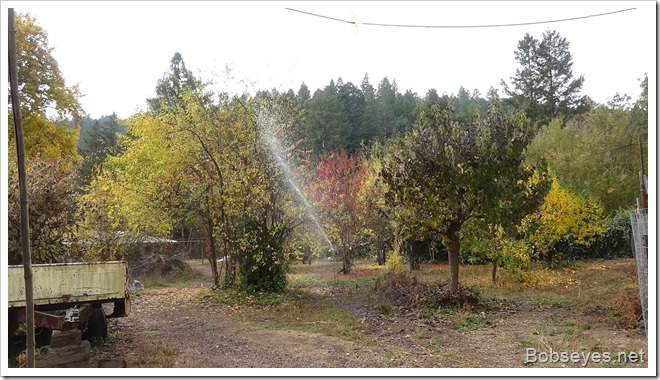 I was going to go up the hill today and run the bulldozer.

But instead I needed to fill this hole where I’m getting some sinkage by the well. It’s nothing serious but it needs some dirt to fill it up. 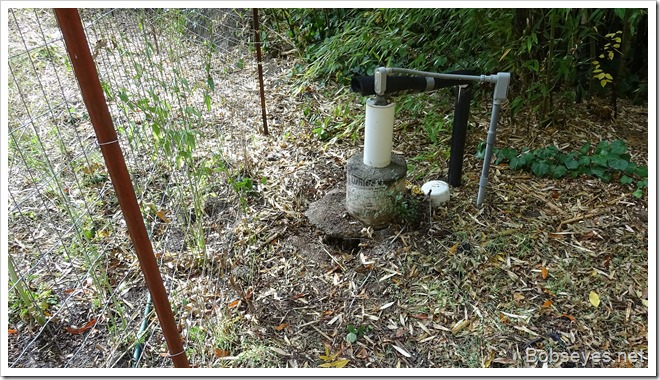 So instead of running the bulldozer I got out the scoop loader and dump truck to do the job.

I had some dirt that could be moved out by the front gate so that’s where I worked. 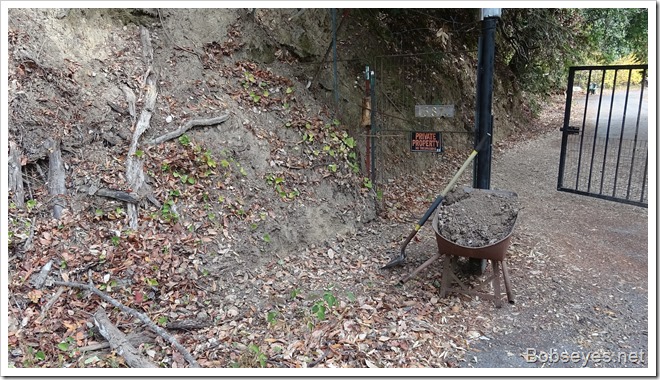 I moved two loads of dirt to the sink and filled it up. 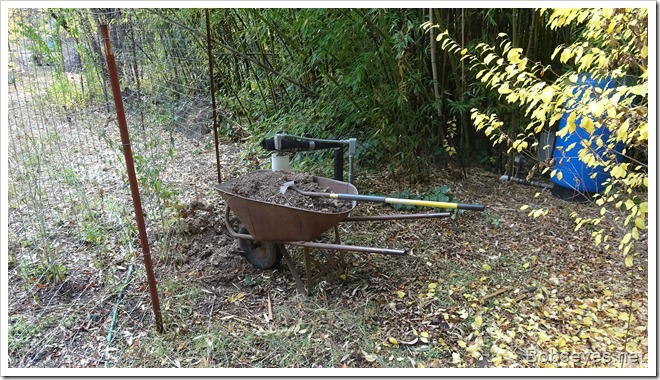 All done and the hole is filled up, at least for now. It might sink some more, we’ll see. 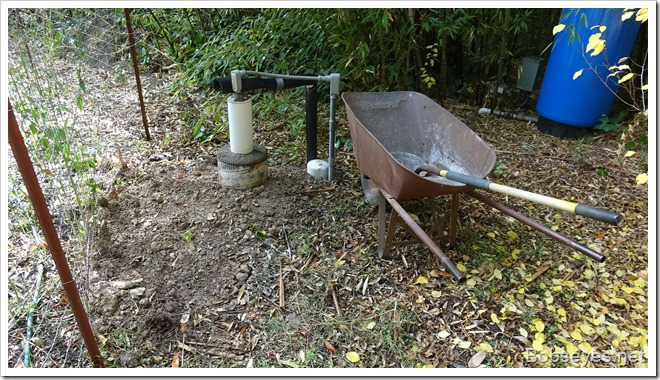 Dealing with rodents in the attic

After a break I needed to get up on the roof and in the attic to block some more rodent access points.

I went in here to the attic. 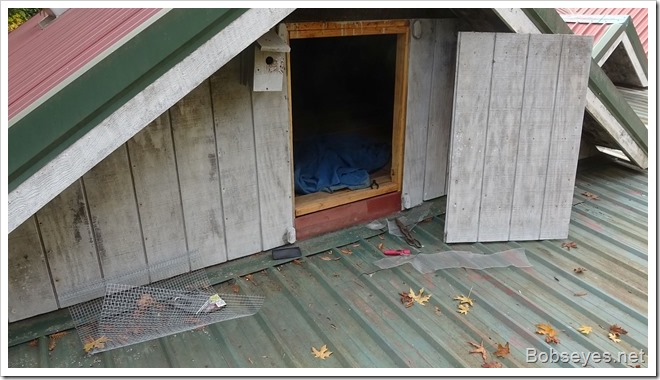 I need to screen all the access points but they are hard to get to. 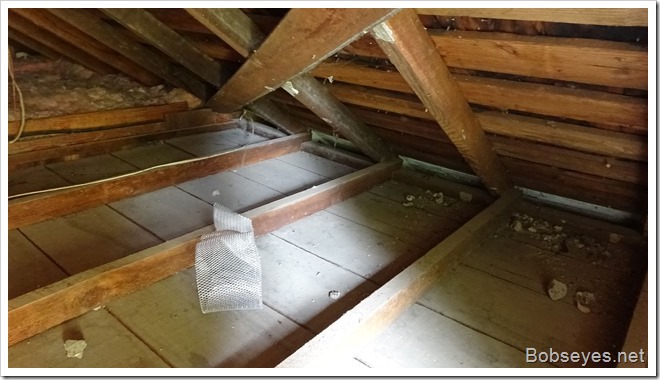 I put metal screen in the hardest one to get to and stapled it down. 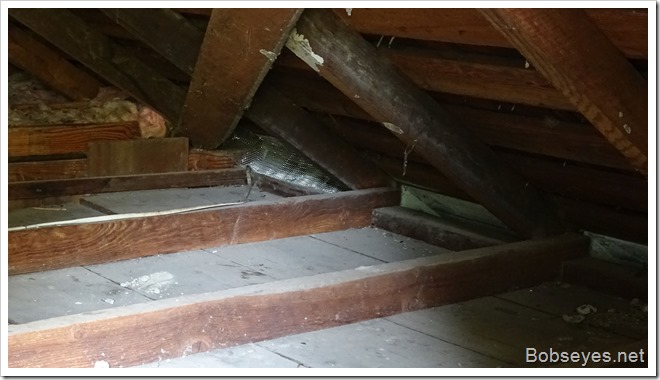 After a break I checked the yard to find some pipe to use for two road crossings up in the hills for our spring pipes. They cross the roads in several places and are sagging more than I would like so I need these pipes to use for posts to cross the roads and hold the water lines up high enough to clear the road traffic.

I didn’t have long enough pipes so I welded some short pieces on them to make them long enough. I mainly wanted to use old stuff that wasn’t good for much else for this job. 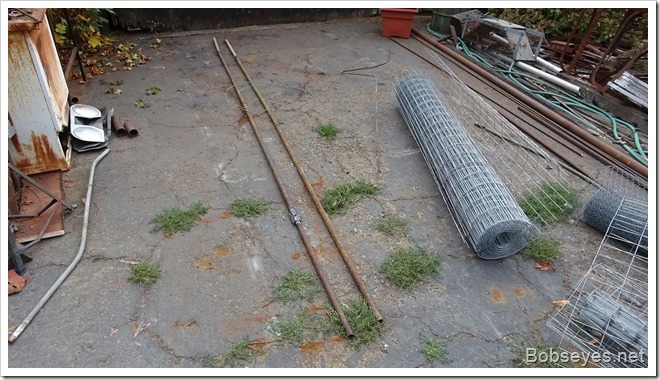 I’ve been wanting to get under my van to measure the radiator that is in there as I am thinking of getting a new aluminum one as the one that is in there isn’t doing it’s job and things are over heating on long hills on hot days. So the first step is to get the measurements so I can figure out my options to get this done.

A fairly easy job getting the measurements and writing them down.

Other than that I did a lot f chair hopping and just enjoying the day as usual.