Once I got it going today I went out to do some work for the chickens.

I wanted to put up one of the hop gates for the big chickens to get out to graze but not let the little chicks out. I wanted to let the little peeps into this main pen so they could get to two new grow pens to feed.

Here’s the hop gate I installed in the  main pen gate. 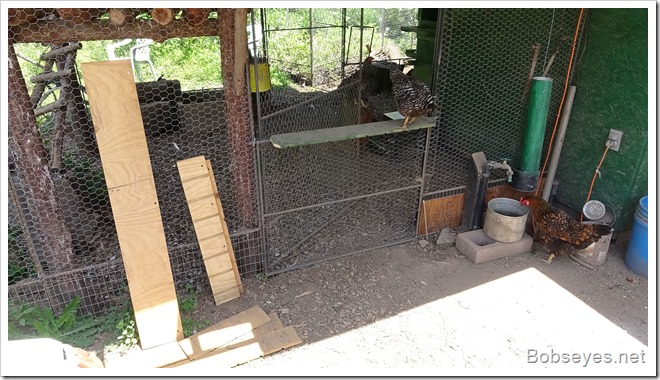 Here’s some of the little peeps feeding in the nursery. Note the heavy board leaning on the fence I use  to cover the feed tray at night to keep the rats and mice out. I remove the board when I get it going each day sometimes not until noon.

So I was thinking if the board was a lot lighter the chickens could move it enough in the morning to get some feed until I got out there to move the board as they are poking around the feed tray anyway and would likely move the board just by accident. 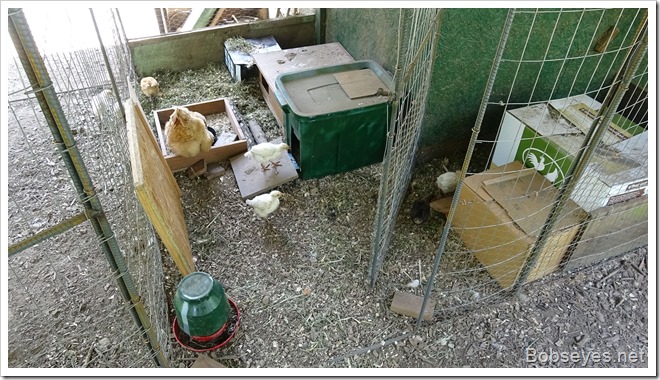 So I measured the tray and cut this thin eighth inch board to cover the tray and we’ll see how it works out. The camera will catch what  happens in the morning and record videos of it. 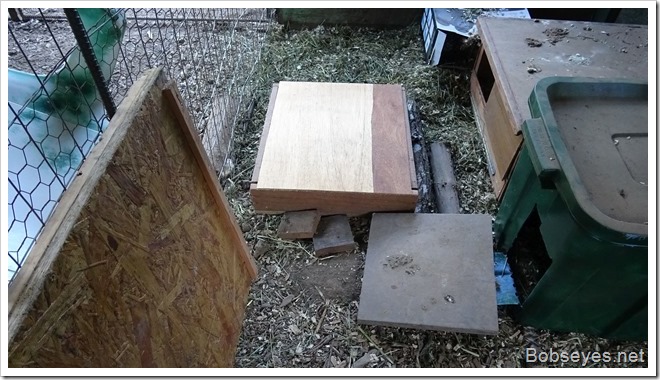 Marty shows up to visit

About that time I heard an old van like mine pull into the driveway and knew it was Marty coming by for a visit.. So we sat around and shot the bull and got up several times to check out some raspberries and wild plums to eat as they are all starting to get ripe.

He stayed a couple of hours and then took off for home.

Chicks made it to the grow pens

It took a few hours but the chicks finally discovered how to get into the two new grow pens I opened up earlier in the day.

Here’s the two new grow pens the chicks just found their way into. 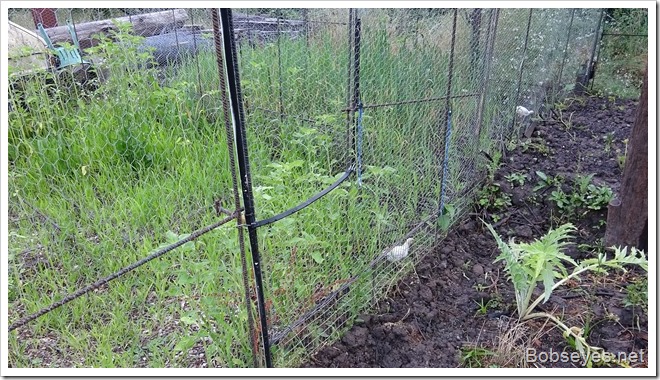 While I was at Joe’s yesterday he asked if I wanted some tomato plants which I did as the ones I tried to start didn’t make it. I asked for two and he gave me seven assorted kinds so I needed to get them into the ground which I did.

Here’s one of them I just planted. It looks more like a weed at this stage. 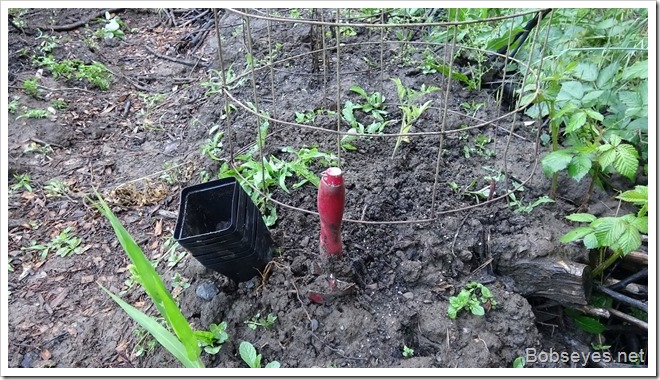 I got them all planted and installed wire cages for them to grow in. 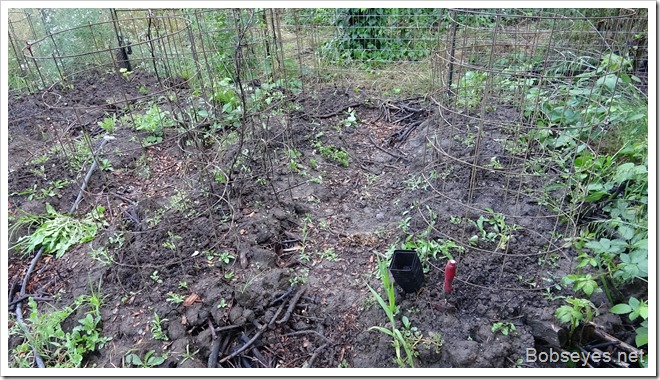 Other than that I did some chair hopping as usual and took it easy for the rest of the day for a nice one.