Don’t get much lightening around here, but

I was sitting in my bath tub on the back poach full of hot water about five this morning because of my corn itches. I’d just gotten in the tub when I saw some flashes of light in the sky to the west. Lightening had struck off the coast in the ocean somewhere and shortly the sounds hit. The sounds roll up the river valley and go up all the side canyons and then start to echo back so the sound from each strike rolls around back and forth for a good while, some times around a minute or so. It really roars. It was only one strike but it was impressive. Eventually there were a few more strikes but I didn’t see the light flashes.

As I sat in the tub it was raining pretty hard, sometimes real hard for a minute or so, likely because of the lightening strikes. Good thing it doesn’t rain like that for very long or it would cause a lot of trouble for some people.

I got it going around noon today and wasn’t into doing much with a rain shower every once in awhile.

I’ve been going around this gate and it just seems to be in the way so I decided to change it today. It’s a rebar panel so all I have to do is cut the wires holding it up and turn it over so the gate goes the other way. 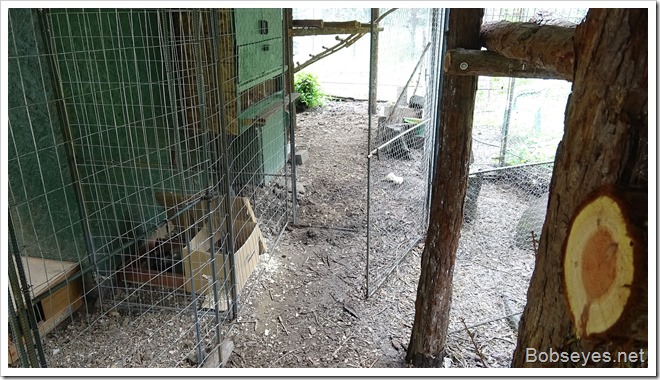 It was tight and I was barely able to turn it over but taking my time I got it done in about an hour.

Once I got it turned over I wired it up again and boy is that much better. 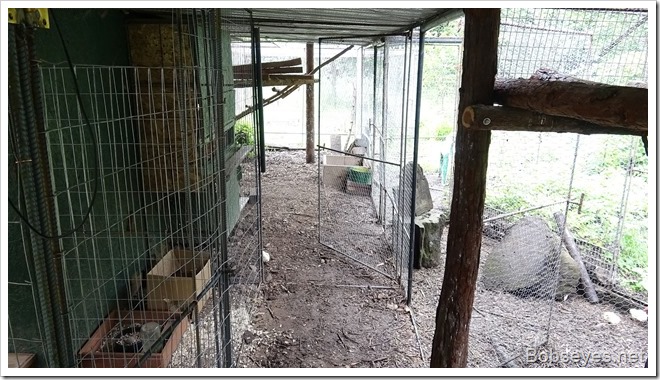 I puttered around an napped off and on most of the afternoon.

Removing and checking out the struts

Around five I jacked the car up and removed the rear struts. 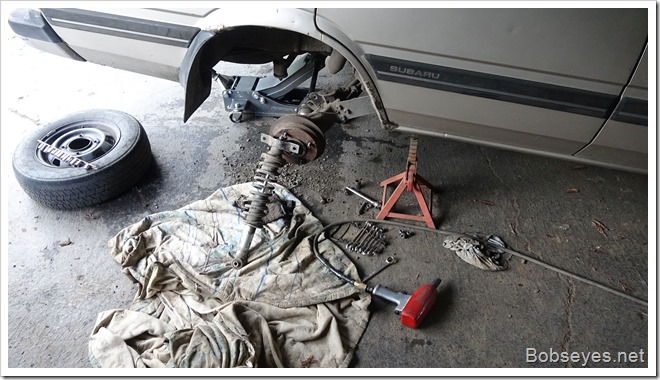 I decided to remove both sides to check them out. 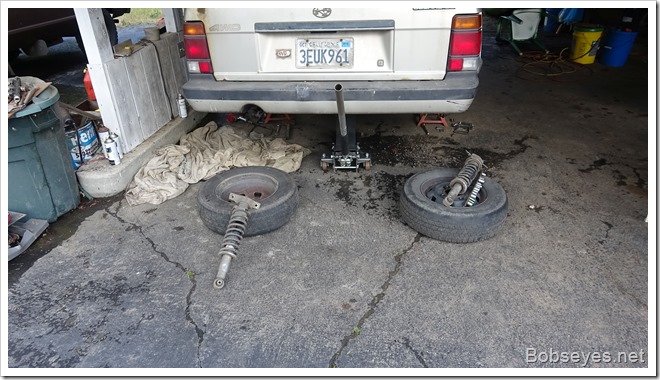 I found one is a different part than the other and it’s not supposed to be. I’ve always wondered why the back of my car wasn’t exactly level so now I know why.

My plan was to see if the shift nuts on the top grommets were tight or not as if they were loose them could make the noise I’m hearing. 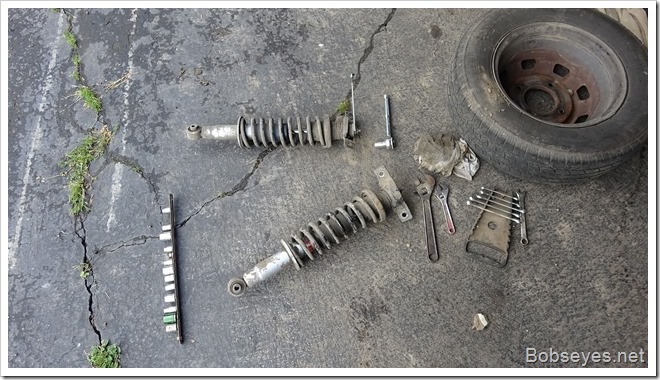 I found the nuts on the strut that I think is making the noise a bit looser than the other side so tightened the nuts up on both of them. 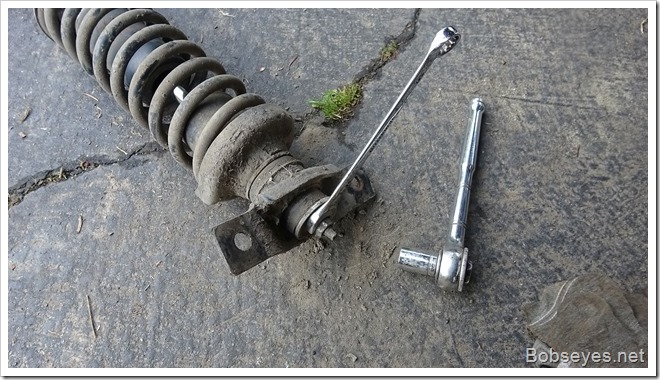 I got the parts back on the car and now it’s waiting a test drive. I reversed sides with the struts to see if the noise is still there and  if it changes sides or not.

Once I got that done it was late evening so that was enough for me today.

Just got back from a test drive going downtown Guerneville to do some shopping. Noise is gone so that was it. I’d of never found that noise without the help from the guy on YouTube.

Now I have to figure out what I want to do about that short strut. It needs replaced and will likely improve my tire wear, but it can wait a bit as I’ve been driving it around with the short strut for a number of years now.