Getting More Pipeline Work Done and the Rat Report, Some Success

With the Bobcat prowling around the yard lately the chickens have been penned up  more so they were happy to get out in the yard around noon today. 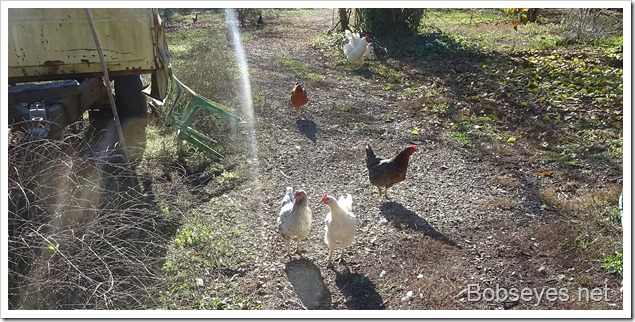 There’s supposed to be some rain coming in tomorrow so today would be a good day to go up into the hills and get some exercise on burying the pipeline.

But first I needed an apple to take with me. A couple commenters guessed correctly that these are Granny Smith apples. I got one to eat now and one for later. 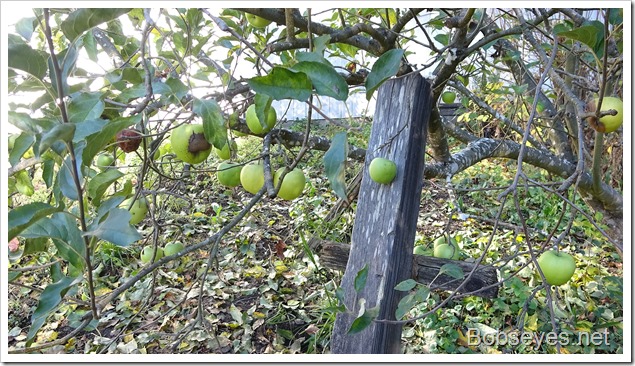 That was one of the reasons I wanted the little basket for the dirt bike to hold my apples. 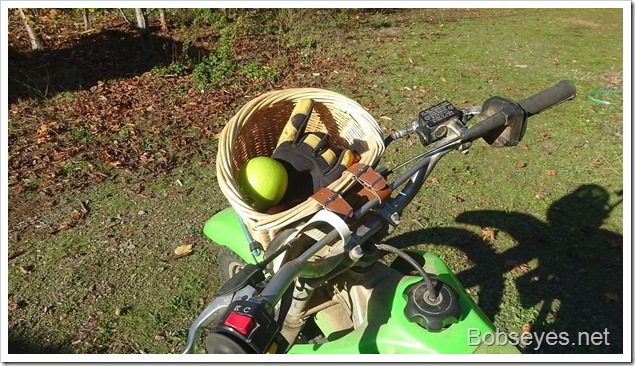 I got ready to go, but first I hung up my blanket to finish drying.  It was too windy yesterday to do that. I tried but the wind blow it down. Not much wind today. 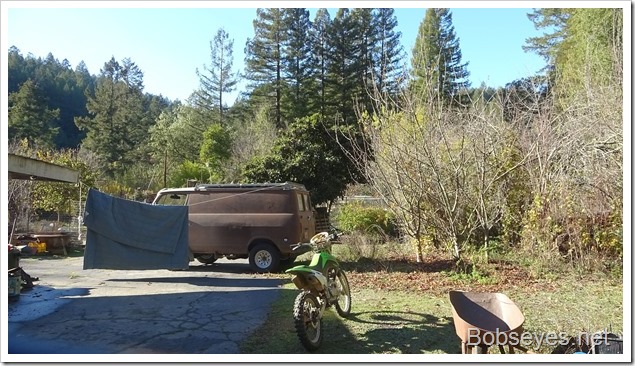 I rode on up to the water tanks as the trial I’m working on burying the water pipes is just above the tanks as I’ve worked my way down to them. The springs where we get our water is about a 1000 feet up the hill, above the tanks. 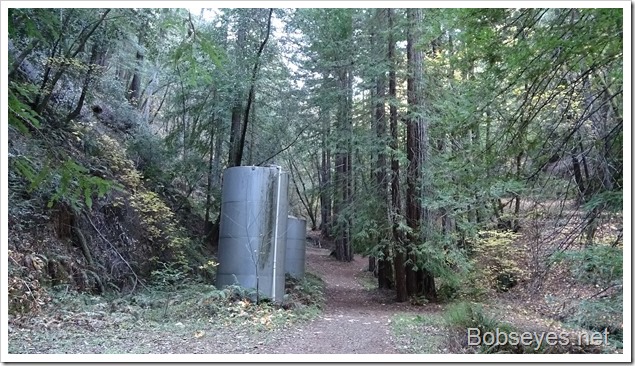 I parked the dirt bike just above the tanks and walked up the trail stopping to throw this tree I cut down the other day off the trail, then continued on up the trail to where I wanted to work today. 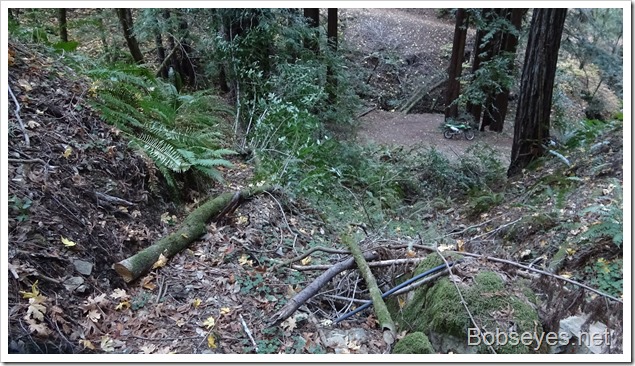 This is the black water pipe I want to bury and improve the trail for walking. 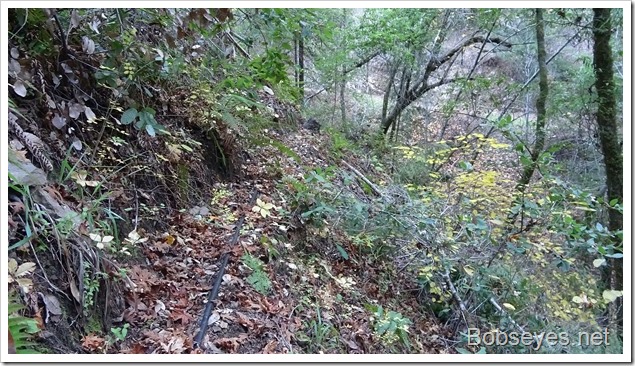 I’d made it down to this spot the other day and will continue making the trail better where the pipe is going. 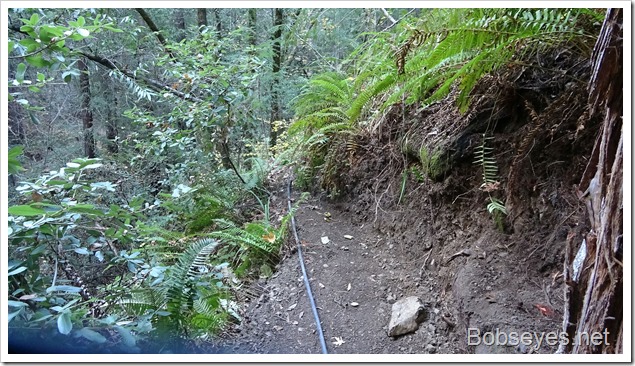 This is the same spot as above after I widened out the trail and is now ready to bury the pipe when I get to it. Ant ferns I have to dig out, get transplanted below the trail. 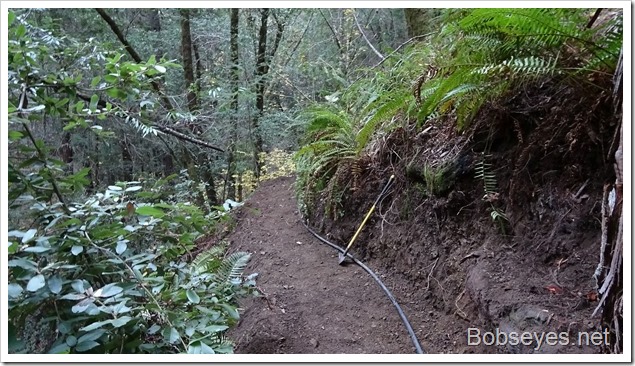 I took some breaks and continued to work on the trail going through here. There were a few rocks in this part that slowed me down. 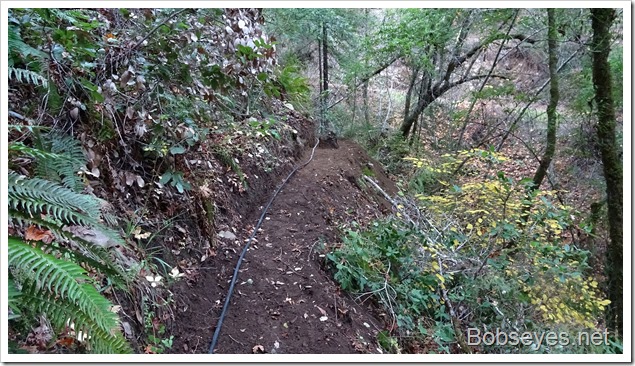 Once I got the section I wanted to do today done, I headed on back towards the water tanks where the dirt bike was parked. 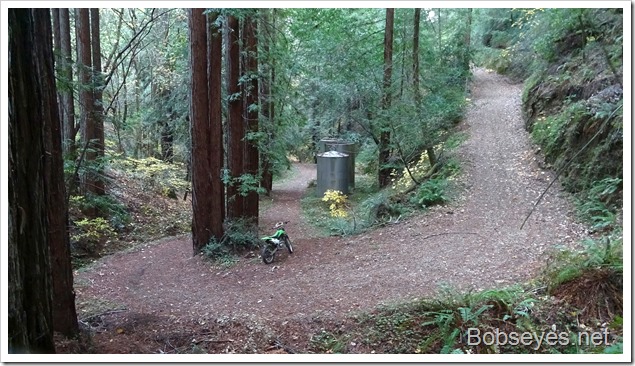 It was close to dark when I made it home and there were still a few things I wanted to get done before it got too dark. I wanted to move a couple of my cams around to new spots which I did.

When I went by this spot where I have some bait out in the chicken’s pen, I noticed the ring of bait blocks that nothing has touched in months had been moved a couple feet from where I had placed it. And there seemed to be a dead rat in a hole to the top left of it, under the fence. 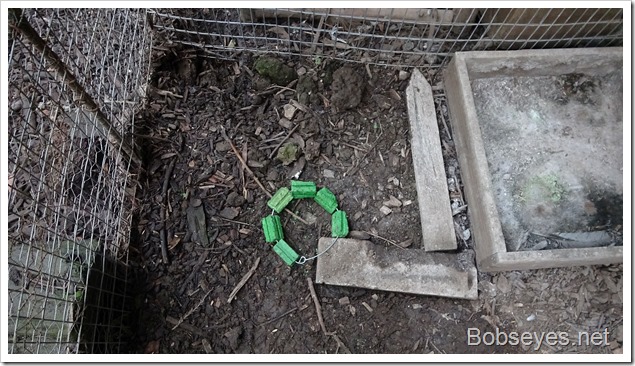 This is the first time they have eaten any of the blocks. 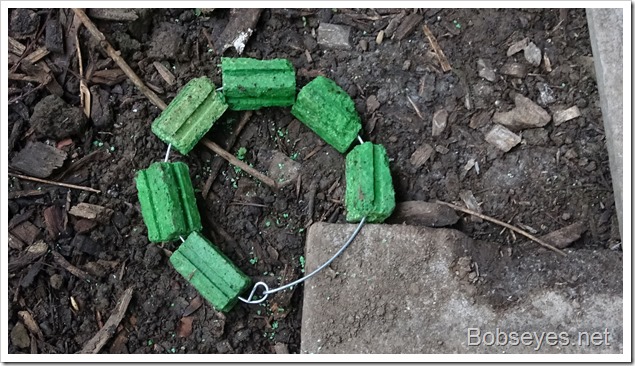 I think this rat was eating some bait at the avocado tree and was dying and was desperate and that’s why it ate the blocks. I buried it in the hole. 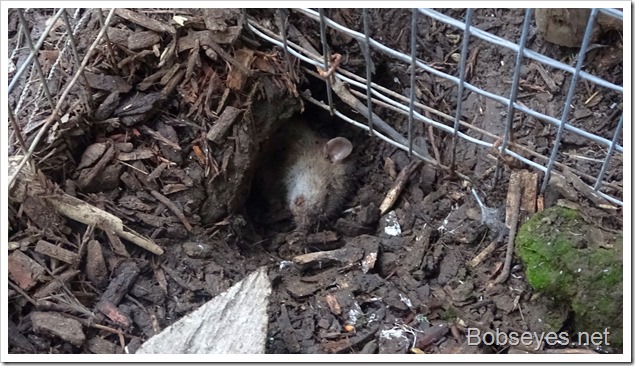 What worked and what didn’t work

From watching the rats with the cams I saw that none would eat the blocks and they didn’t go near any bait that was inside a closed container such as a box. What they did eat was smashed blocks that were out in an open container.

I seem to be making some headway with the rats now that I have a better understanding of them.

I took a last picture of the sky and went in the house for the day. 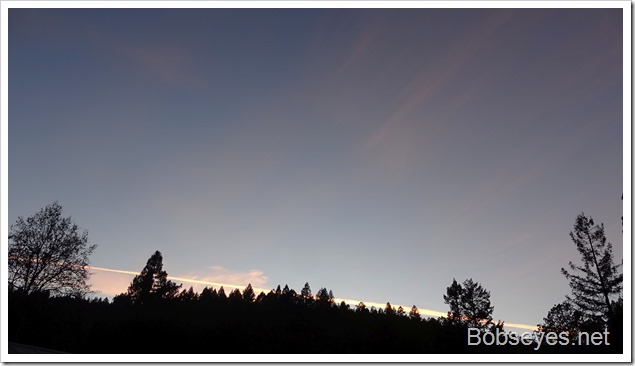 Nice day, but not for the rat.

2 Responses to Getting More Pipeline Work Done and the Rat Report, Some Success