Paddling Monte Rio to Casini’s and back

With some rain predicted to come in soon I thought I better get down to the river for a yak so I headed down to Monte Rio this morning, not bright and early but I got there just before noon, just right.

There were some people on the boat ramp unloading a canoe so I waited for them shooting the bull while hey got their boat in the water.

The lady took off in the truck and the guy and his dog headed down river the same direction I was going.

I pulled onto the ramp and had the boat in the water. Parked the car and was off headed down river which looked like this. 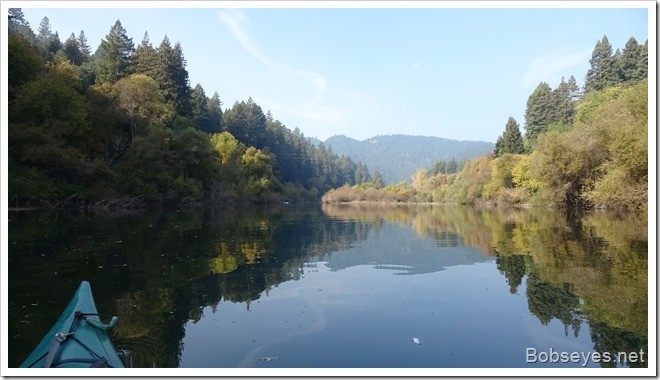 Several hundred yards down the river I caught up with the guy and his dog. 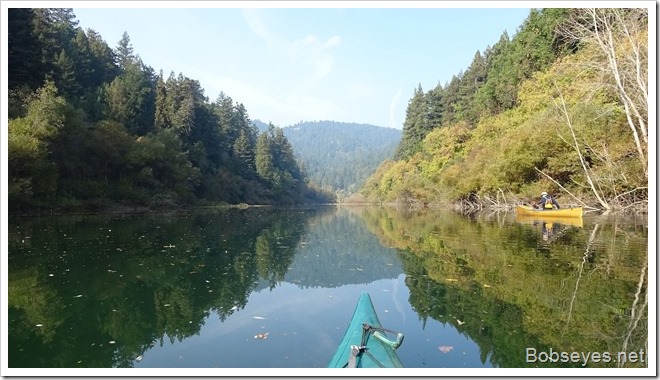 We started shooting the bull and headed down the river together taking our time.

Slowly going down the river

Here we are just above the Sheridan ranch. No wind and nice. 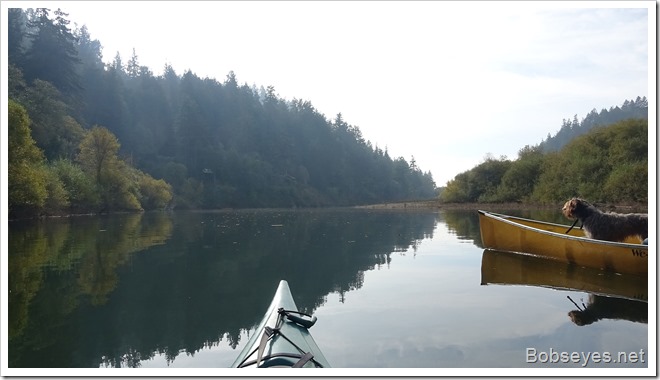 We continue on down river just above the Moscow pool. 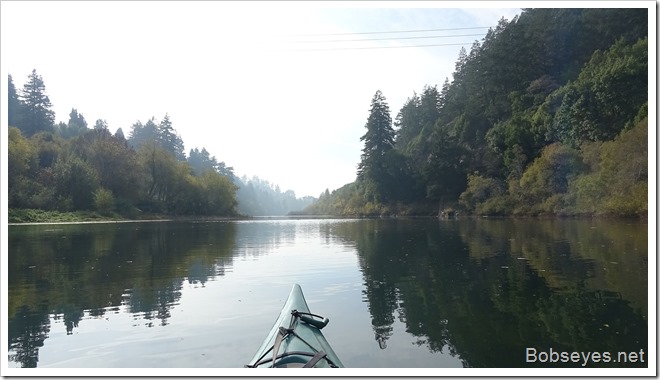 Before we know it we are down to Casini’s so he went in to shore and I continued down to the Casini Riffle and pulled into my old watching spot here at the riffle. 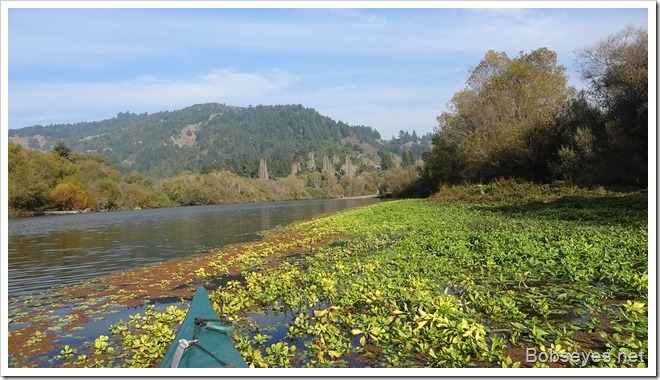 River’s mouth must of closed up

There wasn’t any riffle today and I could see the river’s mouth must of closed back up or almost closed as there was very little current and the water was a bit higher indicating it’s closed or almost closed which makes this area more like a lake than a river.

Not supposed to fish

Sitting there I was watching this guy teach his kids how to fish. Only trouble was he didn’t teach them how to read the fishing regulations yet as fishing season was closed until the water in the river flows more.

I thought about telling them about it, but I decided it would spoil their day so I didn’t. As long as they didn’t catch any fish they would just get a warning I think. 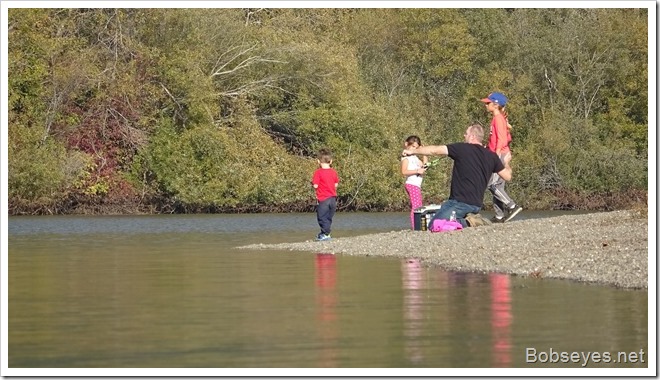 I left them at it and started my paddle back up the river towards Monte Rio. 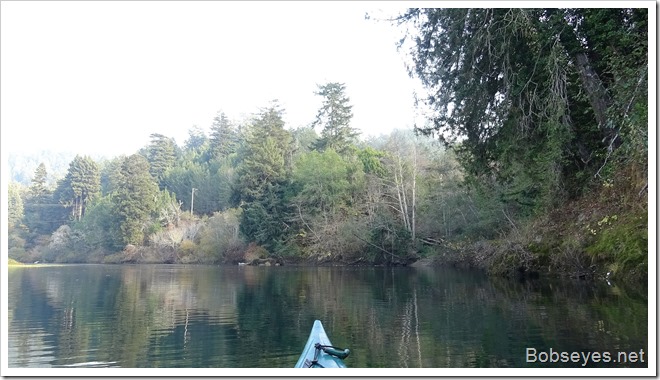 I passed by these feeding mallard ducks. 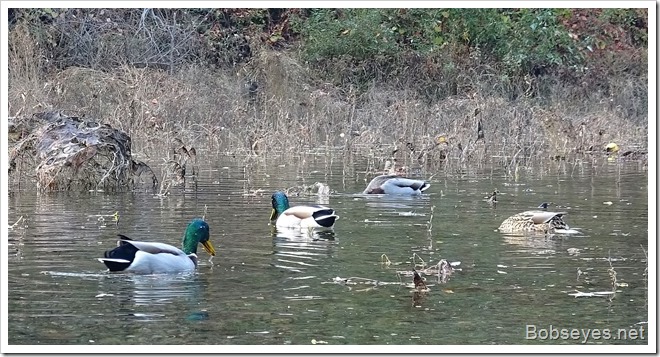 And a couple of turtles with reflections resting on a log. 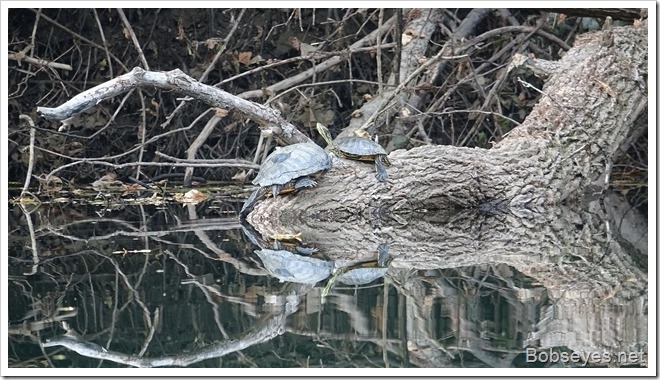 Just leaving Villa Grande pool and headed for Monte Rio up under that mountain ahead, thus the name Monte Rio. 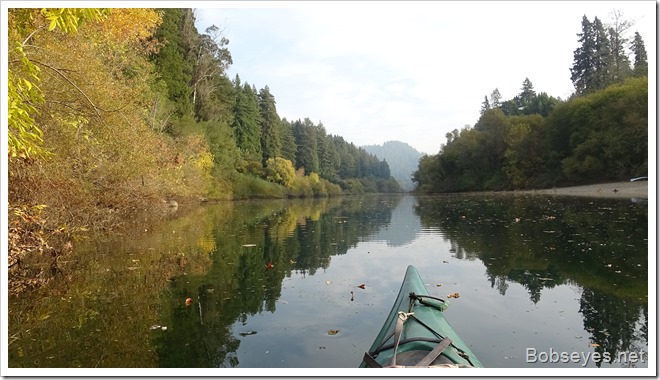 I saw some splashes up ahead but didn’t see anything but I suspected river otters so I pulled out nearer the center of the river and watched until they showed up. Three of them where feeding along the shore line headed down river. 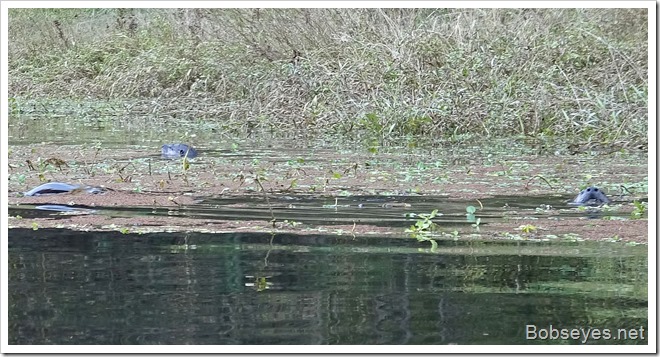 One of them got out for a second right in front of me but jumped right back into the water and joined up with the group. 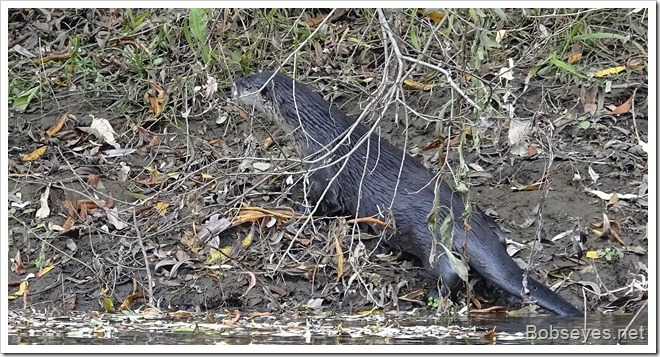 It wasn’t long before I was coming up on Monte Rio where the boat ramp was. 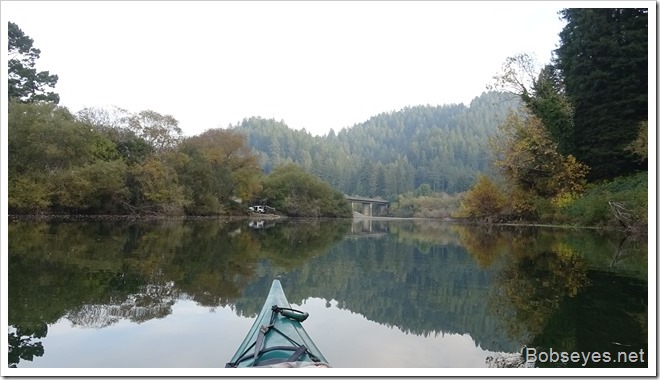 I went on home after a nice paddle.

I eat before the chickens do

Once home I was hungry and I knew the chickens wanted out from their noise as I pulled into the driveway, but I was hungry so I went in and got something to eat then came back out and let them out. They had about a half hour before roost time to do some grazing.

Happy chickens doing what chickens love to do scratch and eat. 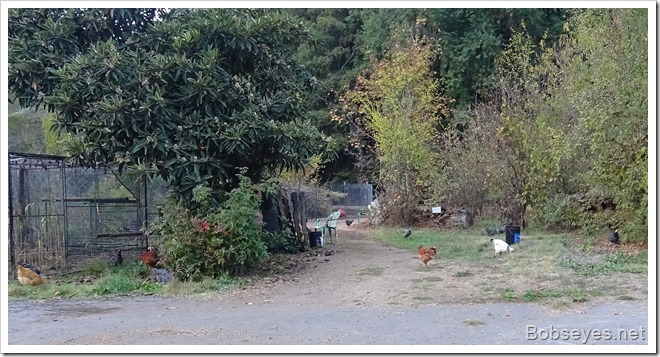 When the chickens are out in the open yard like this I like to stay out and keep watch as the fox sometimes comes around near dark, although I haven’t seen the fox in awhile but they come around every night after dark.