Getting a Dirt Bike Ride in Between the Rains

It rained good last night with lots of wind too. I checked the rain gauge this morning and there was about three inches in it, if I remember right.

The rain had  mostly stopped when I got it going today but it was supposed to rain some more.

Headed for the hills

I put my rain jacket on and rode the dirt bike up into the hills to get a ride in hopefully before it started to rain again. Rain drops where still falling from the big trees but not enough to get me real wet.

I rode up this road. I’d just cleaned all the rocks off this road a couple days ago and now there were a lot more to clear off, maybe on the way back. They seem to roll down the hills when it rains and since the road is mostly flat, they stop on it. 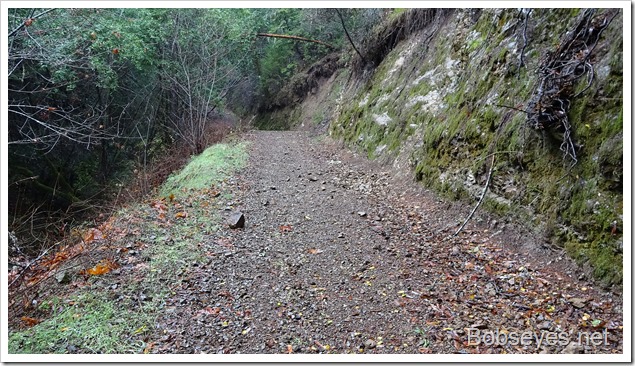 I rode down this road noting all the small branches the wind had blown down during the night. The wind was down for now. 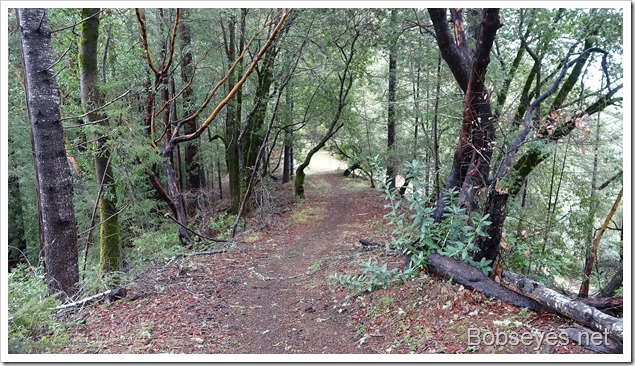 My brother Barry had cleared all the trees that fell on the road the other day, but now there were more. This was too big for me to  handle so I turned around and went another way. 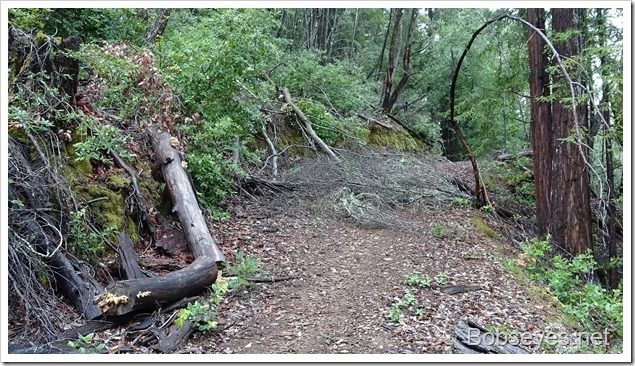 I made it up to the overlook and stopped for a short break. 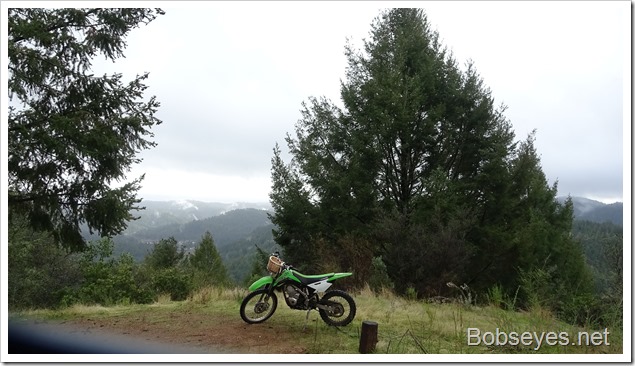 This was the view from there overlooking the small town of Guerneville. That’s not snow on the hills, but just fog rising out of the forest. We rarely get the snow around here, fortunately. 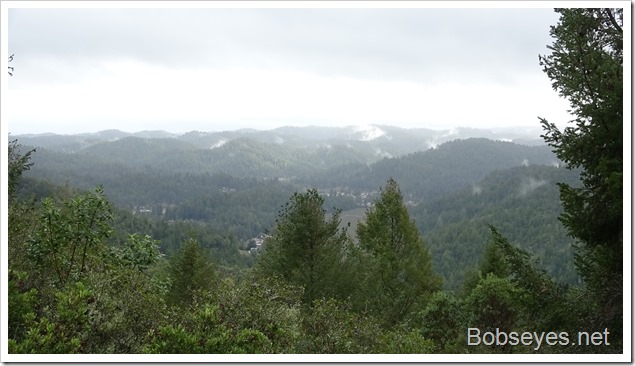 More small sticks on the ground. I stopped to throw these off the road and continued on. 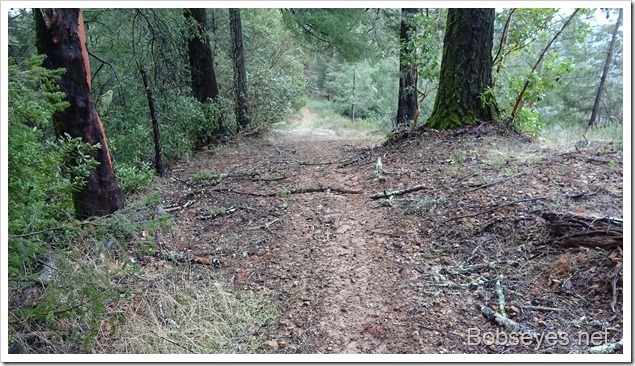 Another small tree blocked my passage. It was small enough to push out of the way so I did that and rode on. 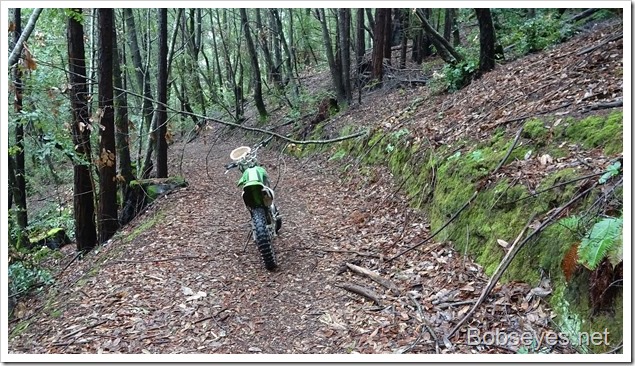 I headed on back towards my house and stopped here where I saw all the rocks on the road on the way up and threw most of them off the road, at least the ones in the bikes path. 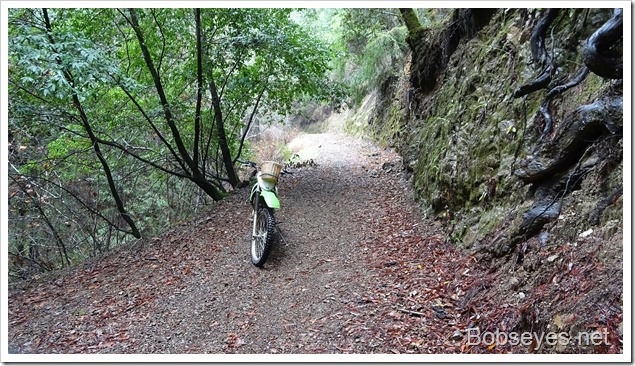 It looked a lot better once I threw the rocks off the road. Those rocks are hard on the dirt bike’s tires. 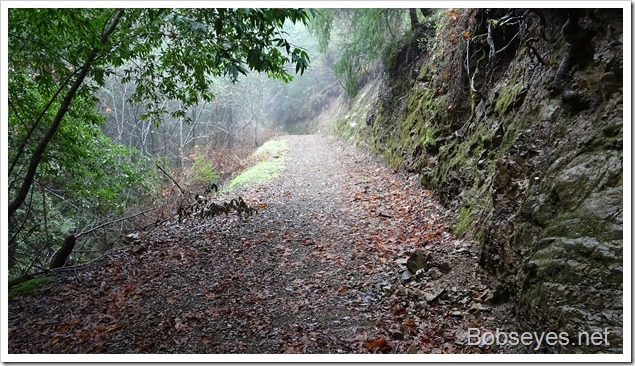 I headed down the road as it was about a half mile back to my house and it still hadn’t rained on me which was good. 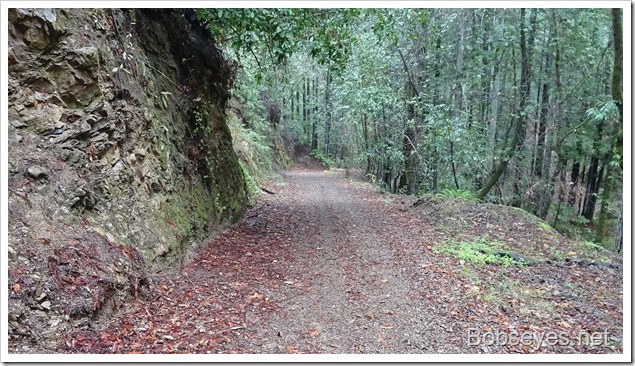 I made it home and took a good break. While doing so, I heard a good rain shower come down for a bit, but I was nice a dry.

Quail in the chicken pen

Later in the day when I went out to check on the chickens these two quail startled me when I spooked them in the chicken pen. They make quite a ruckus when they get spooked and fly. 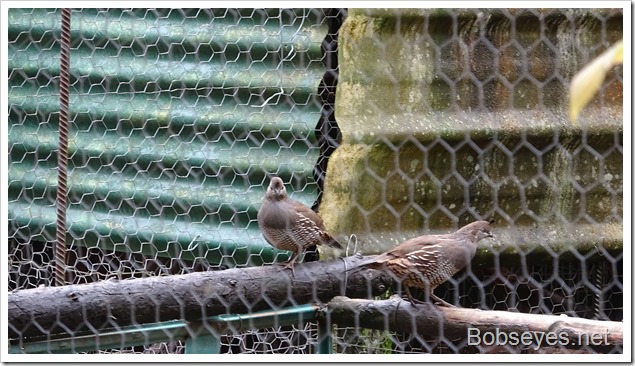 (Visited 29 times, 1 visits today)
This entry was posted in Uncategorized and tagged Dirt bike ride in the hills. Bookmark the permalink.