Gate Work, New Chick Pen Construction and Some Puttering Around Getting Stuff Done

I started out putting up this gate for the new chick feeder pen I’m making so I could measure how much fence I would need to complete the job. 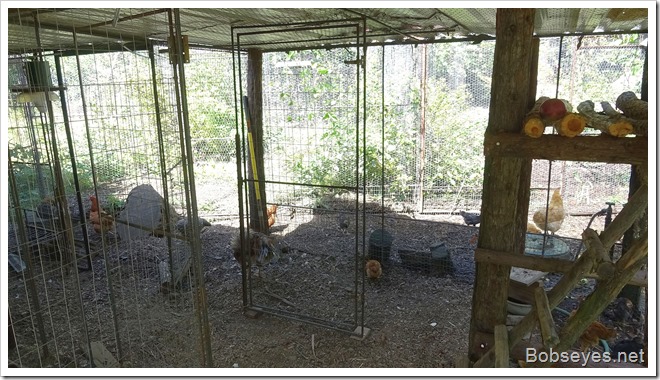 I wasn’t ready to cut wire for that job yet so I started on the gate extension job I started the other day. I needed to put in two fence posts for the gate end to fasten to when closing.

Here’s the gate work area and I’m digging a hole on the right side. It’s asphalt so I need to use a big bar to break through it. 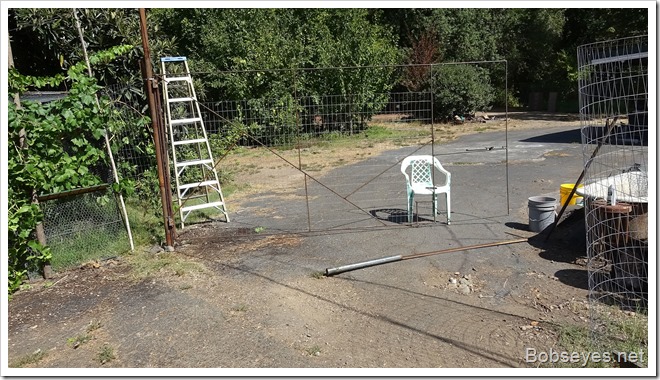 Digging the first hole with the big bar and almost ready for the post. I used a bit of water to help as there’s rock under the asphalt. 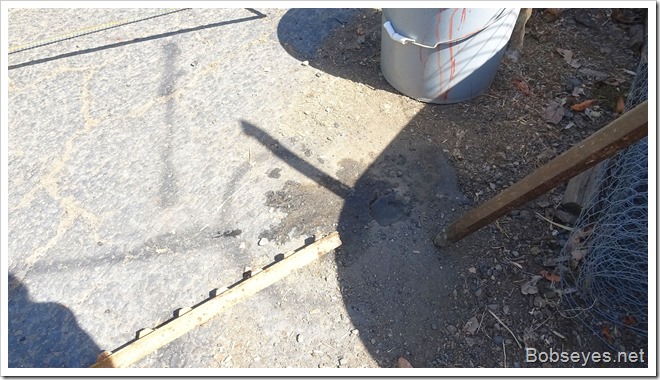 The next hole that needed digging was in this spot and was pretty much dug like the first hole. 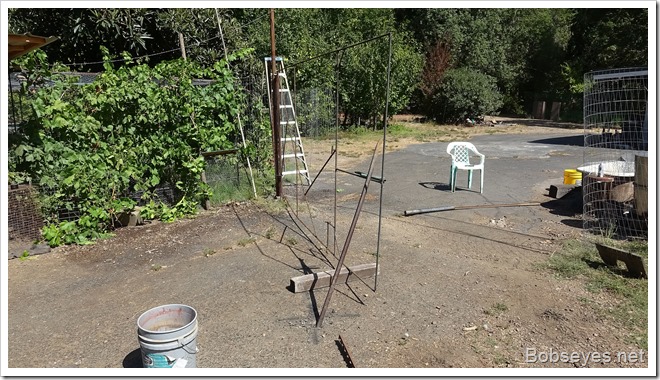 Here’s the digger bar and the second hole dug just enough to get the steel post in it. 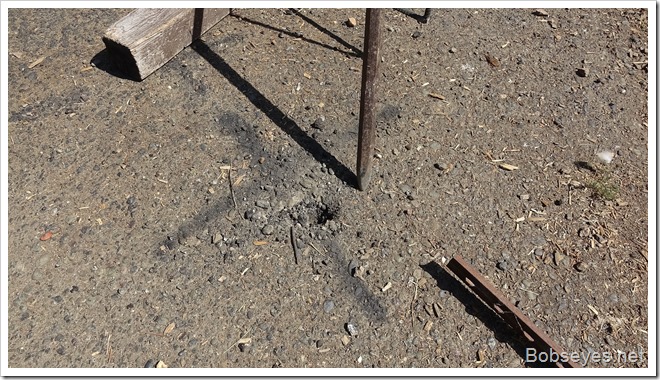 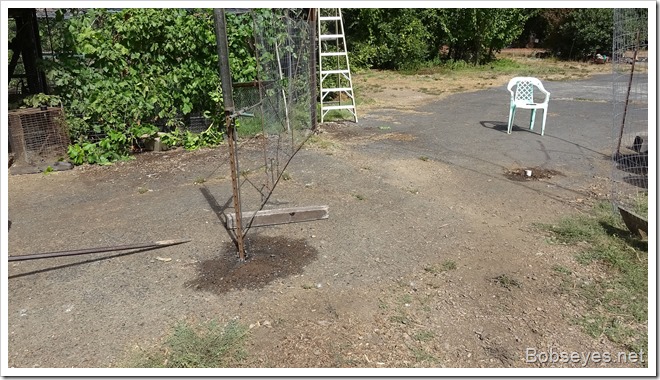 The pipe steel post driver testing the gate clearance out. 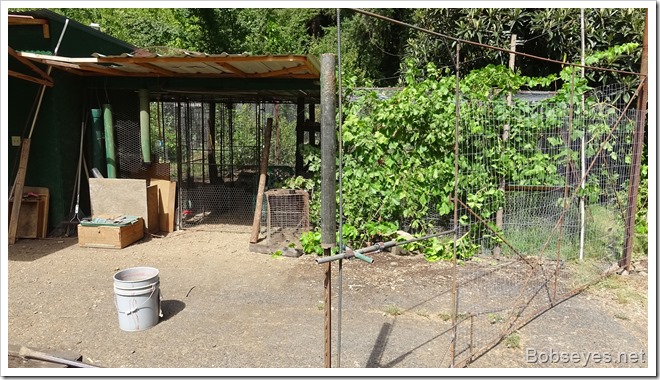 Cut all the wire I needed and installed it

Once the posts were in I cut wire for this gate and the chick pen I’m also working on.

I put up the gate wire for the fence first.

And then installed the new chick feeder pen wire to the gate I’d installed earlier.

Removing the woodchips and poo

Since the new chick feeder pen used to be where the roost was I removed the woodchips and put them in another mulch area as there’s likely lots of chicken poo mixed into them. 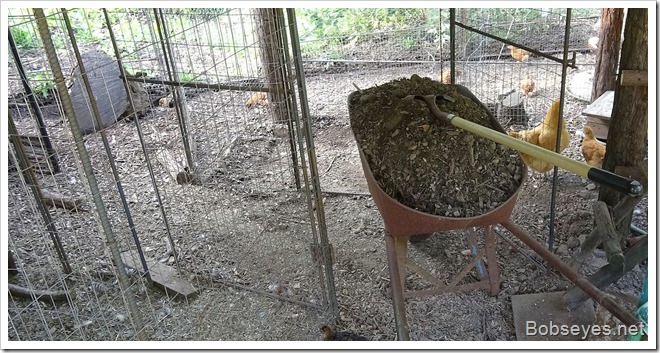 New mulch for the pen

I brought in a wheelbarrow load of mulched dirt and woodchips for the new pen and let the chickens spread it out. They always seem to find stuff to eat in whatever I’m moving around.

Here’s the new pen with the new mulch in it and the chickens working it over. 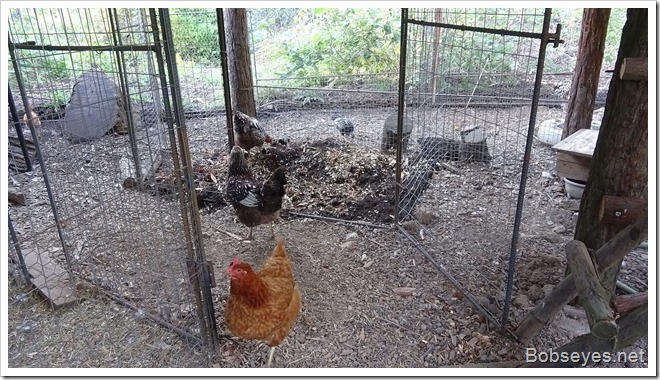 As long as I was moving mulch I brought some in and put it in the chicken’s dusting bin as they don’t seem to like the dirt I had in there, too many clumps I think but not now. 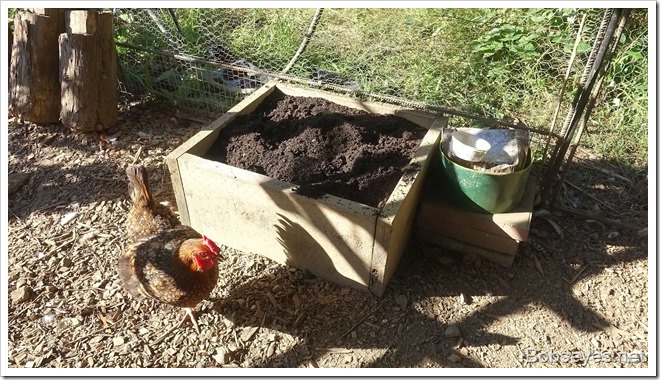 A couple of hens started scratching in the bin and all of a sudden all the chickens came running but the two hens wouldn’t let any of them into the bin. 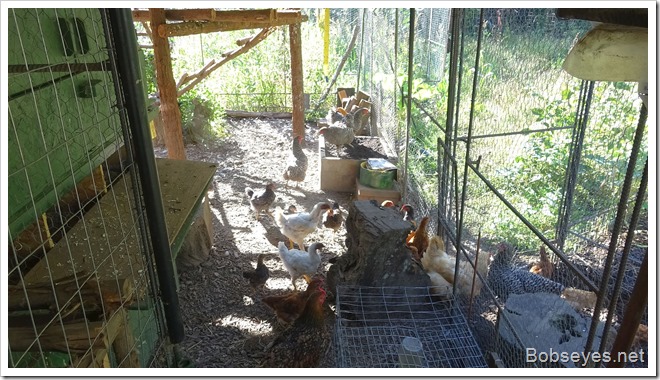 Tom had some redwood leaves he sent over so I added the chicken poo woodchips from the pen and put the sprinkler on it for a bit to get it all wet. 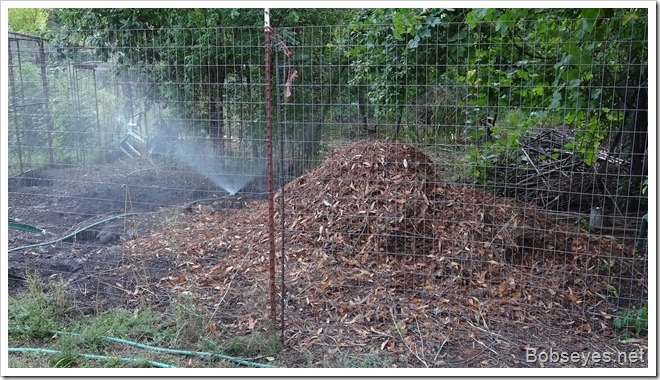 Clearing out for a fence

I need to install a fence along these posts so I worked on clearing a path for it just before dark and I had to move that dump bin too. 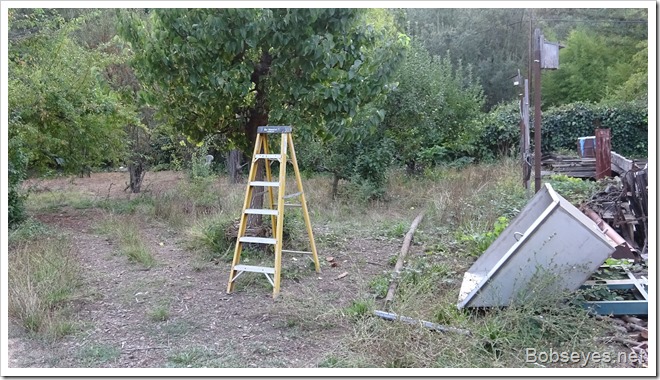 I think I got it cleared enough for the fence but I ran out of daylight and did some chair sitting as the darkness overtook the day.

Nice day puttering around and got some stuff done too.