Gate Building, Napping and Puttering and the Strut

It was a nice day out there as I got it going this morning. First thing I did was open up the chicks feeder so they could get something to eat. Actually they feed all around on the ground before I do that but chickens always seem to like more food.

I also had to  put the fence cage around them again and it’s a hassle.

Here’s the fence cage and some peeps as I let them have some feed this  morning. 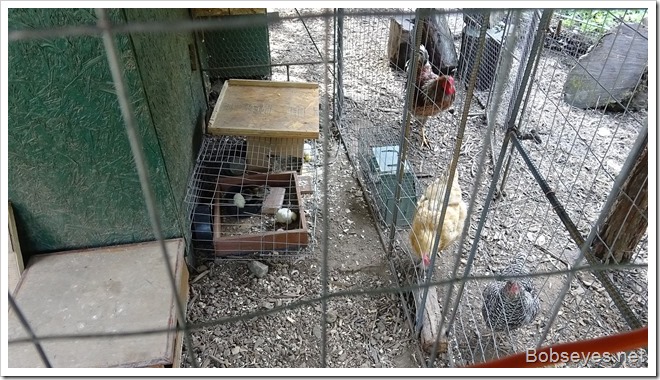 I’d been considering making another gate to replace that fence cage so  I cut some rebar up for the gate so I could weld it up. 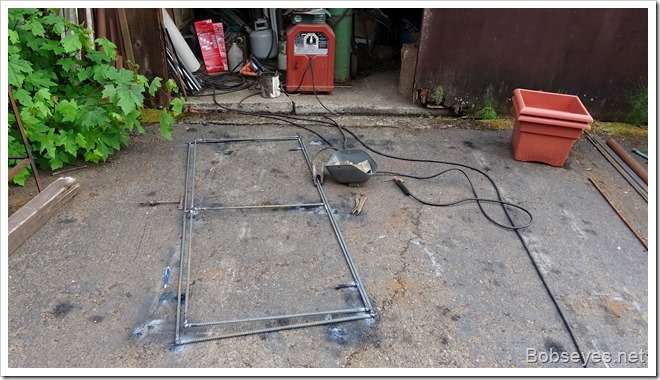 I used the hand band saw to cut up the rebar which was a test to see if the new switch had fixed it’s intermittent problem. The saw started every time so that’s good.

Wire on and ready to go

I cut up some welded fence wire and used hog nose clips to fasten it to the gate rebar. 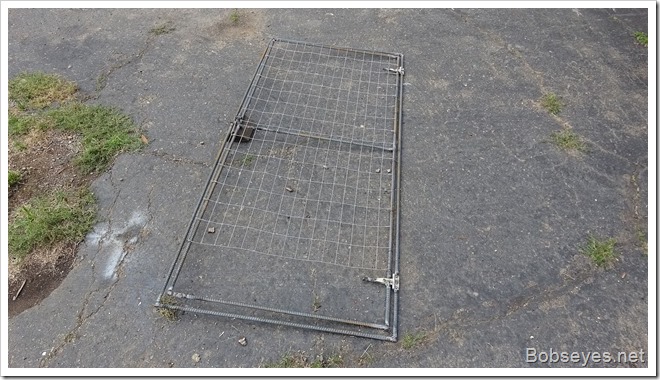 Got rid of the chickens and installed the gate

Next I let the chickens out into another pen as they get in the way a lot while I’m trying to get some work done.

I installed the new gate and removed the fence cage which now looks like this with the new gate. 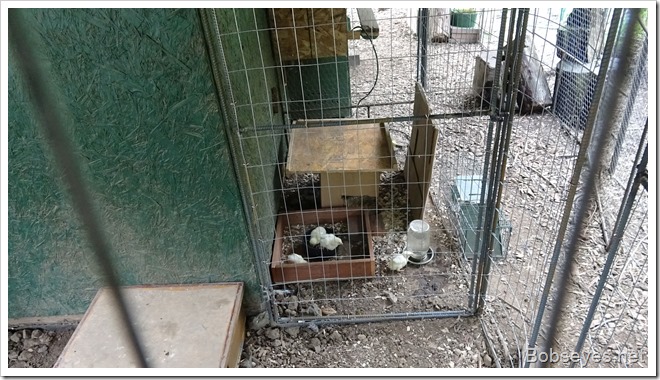 Here’s the chicks in action in their own little feed station keeping the big chickens out. 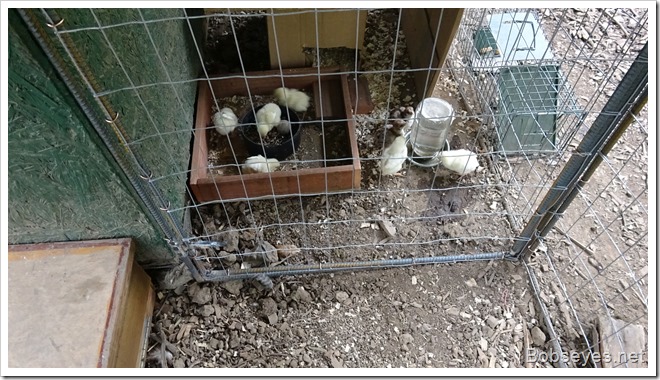 After watching some YouTube videos about clunking noises in the rear of the car I figure the top of this strut rubber mount is shot and letting it make that noise. So right now I’m checking out what I need to do to replace both back ones.

What I think is a noisy strut in my car. 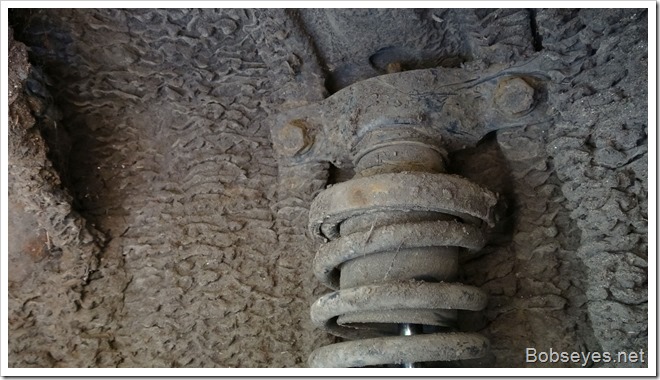 Other than that I spent the day puttering around doing some napping and chair hopping. There were a few raspberries ripe so I ate them. Hummmm good.

1 Response to Gate Building, Napping and Puttering and the Strut