The task today was to get a piece of my garden in shape. This part is overgrown with weeds so the weeds need to come out and the ground turned over with a shovel and some mulch added to soften it up. 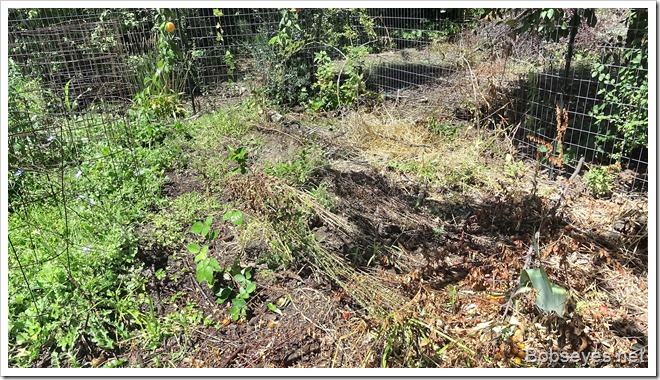 I got most of the weeds out and used the shovel to turn the dirt over once. 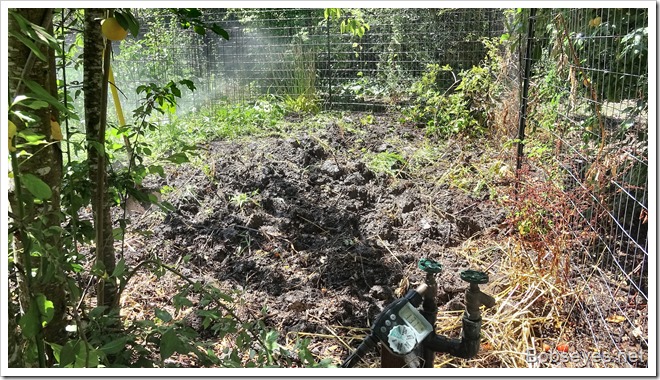 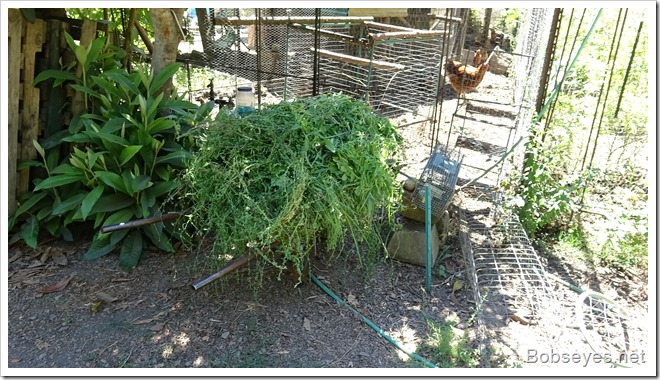 I dumped the weeds in the weed bin and let the chicken’s have at it. 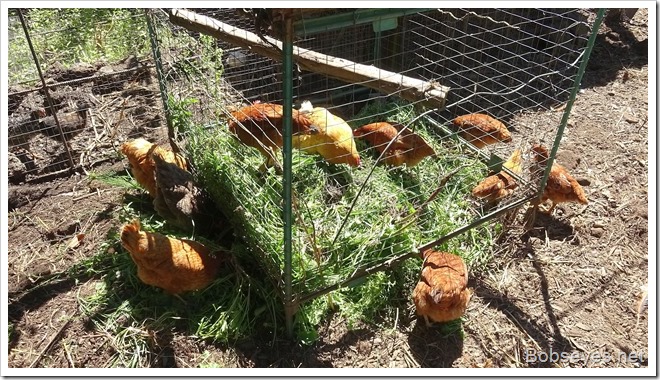 I figured about three wheelbarrows of woodchips would do it so I hauled wood chips to the plot I was working on. 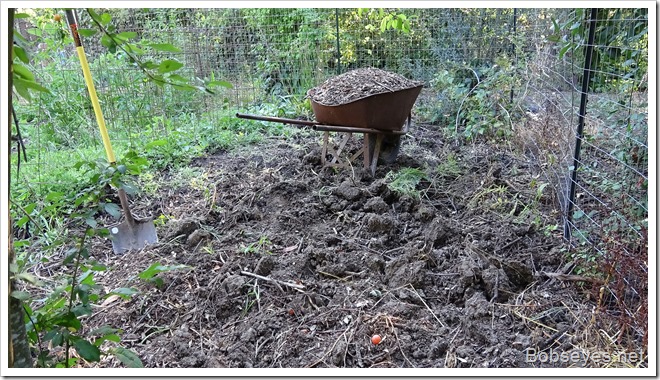 Mixing up the dirt

Once I had the three loads of woodchips dumped I started to turn the chips into the dirt with the shovel. 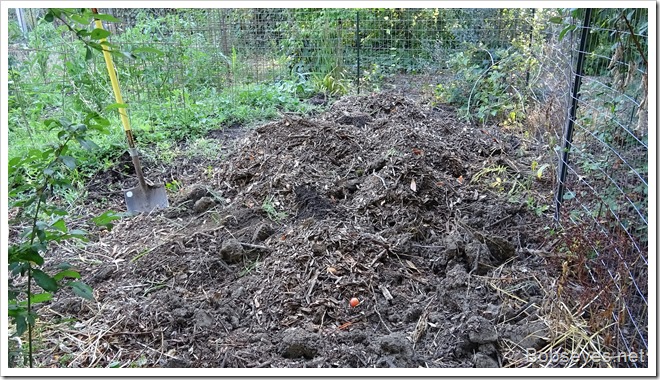 It was going to take several times of turning the dirt to get the woodchips mixed in. 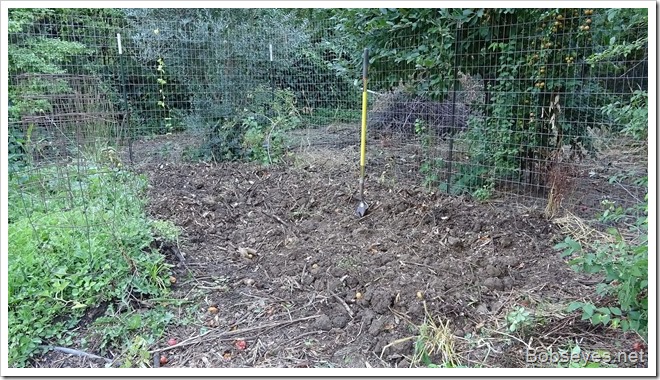 While I was working I noticed one of my smallest chicks had got out of it’s pen and was scratching for food in the freshly turned dirt. The new chicks are so small they can get through one inch chicken wire so they can pretty much go where they want until they get a little larger.

The peep is on the right. 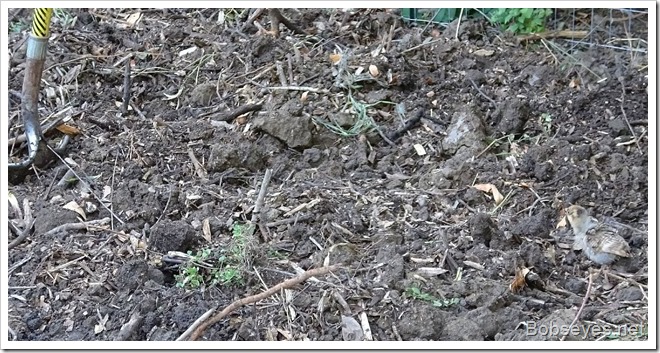 I didn’t mind the  peep in there, I’ll just have to make sure it finds it’s way back home later.

It found this worm and was devouring it. 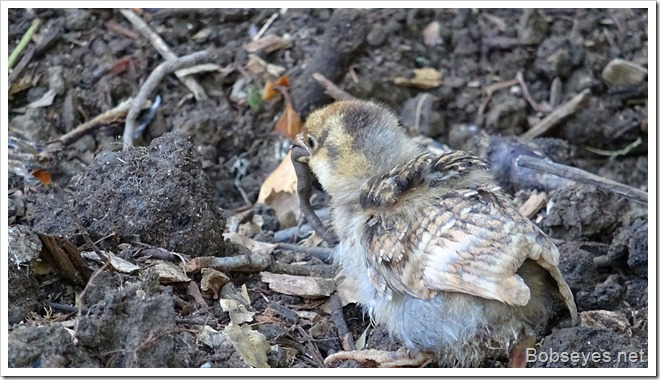 I think I turned the dirt and the mulch about three times and had it fairly well  mixed although I was thinking a couple more loads of woodchips would be good but I decided what I had will do for now. 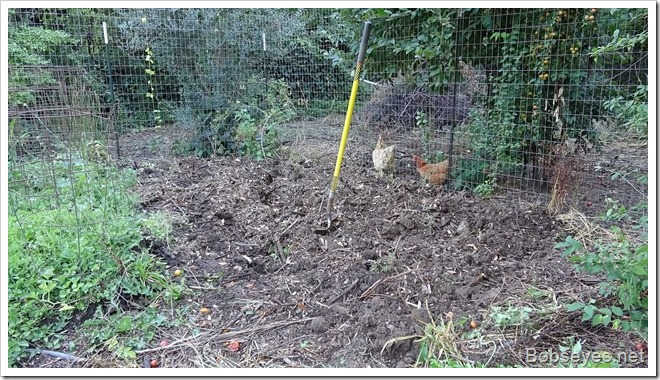 And the last thing I did just before dark was to put the water on the plot I was working on. 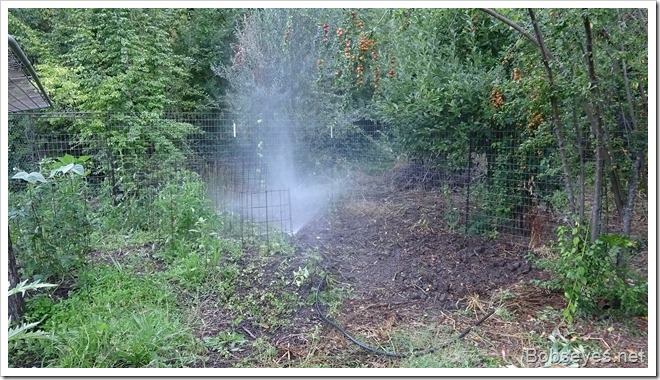 That took most of the day but it’s good to get it done. It seems most days I get my share of exercise which is a good thing, I think eh.