Around noon I went out and cut and installed the last piece of welded wire fence on the front part here. I then cut the weeds and put them in the wheelbarrow which I spread out on the driveway to dry out a bit as it was all wet. I’ll use the dried up weeds in the chickens nesting area. 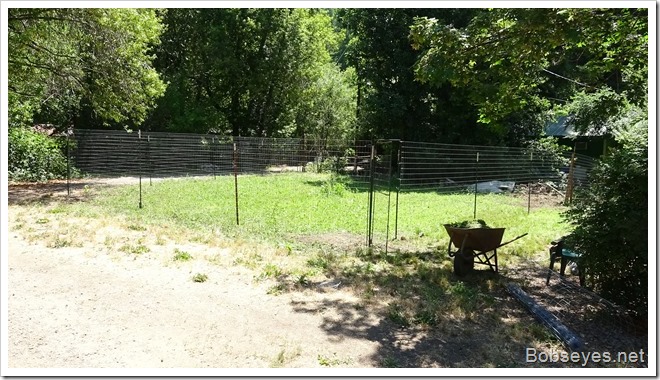 Finished up and it looks good to me. 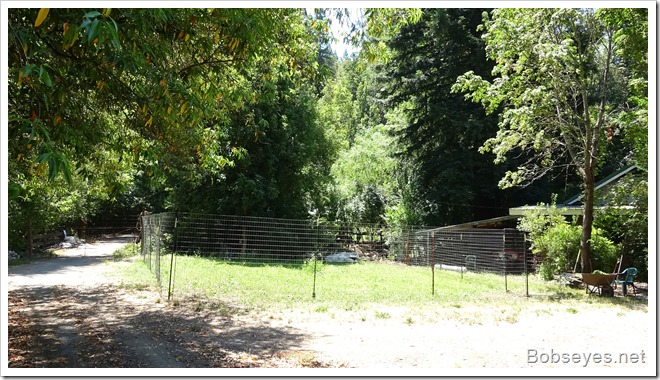 I put the sprinkler on for the rest of the day to wet it down good to make it easier for my brother to work the dirt up with his tractor. He’s planting carrots in this plot. 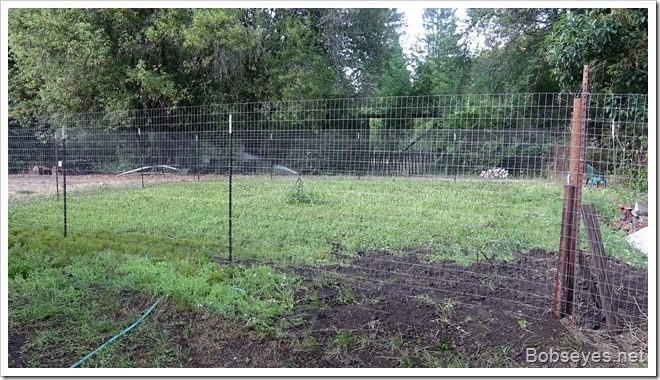 After a break I gave the big chicks some scratch under this tree. 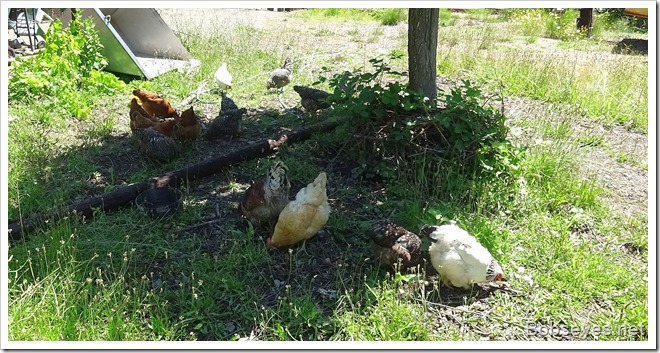 And I checked to see what was needed in the nursery pen. Here’s two of the last born still too little to move around much.
When chicks first hatch they don’t move much as they need to build up their body so they live on their yoke sack for a couple of days until they are strong enough to get it going. Some don’t get it going and just die and that’s just the way it is. 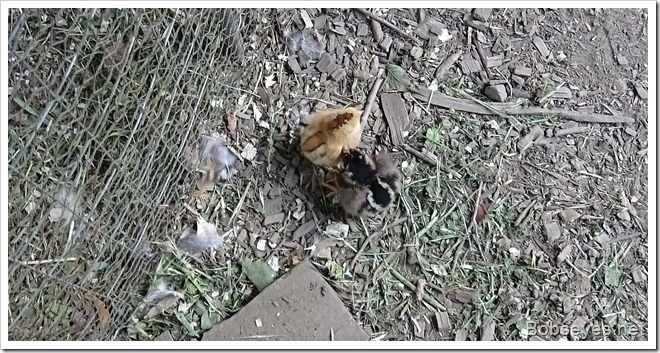 It was a good time to do up the rodent proof feeder trigger the right way so I found a board just about the right size for the job.

Here’s the feeder with the new improved perch trip. It works great. I set it and it wasn’t long before they tripped it and each time I set it they tripped it shortly so I think this will work nicely. 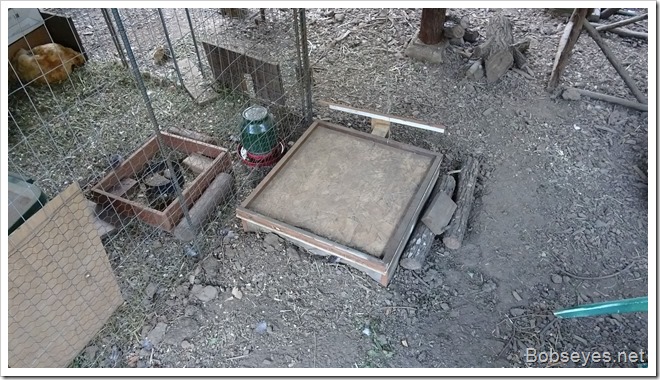 Here’s the open feeder after it has been set off. It has a pulley and a weighted gallon can to open the lid when it is tripped. I’m happy with this design so far. And the rats and mice aren’t too happy with it. :O) 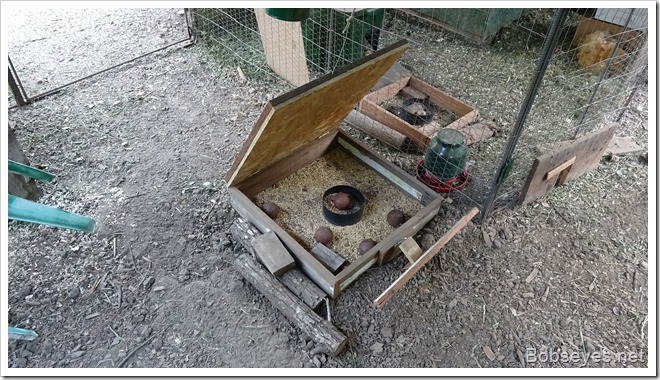 In the late afternoon I shut the sprinkler off the new fenced in garden area and let the chickens into it to do their thing. 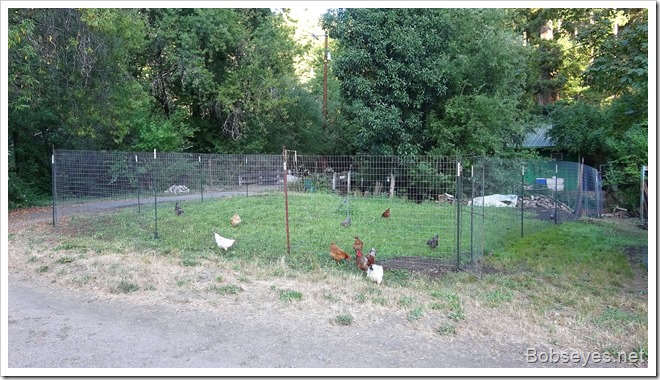 Late in the day I went over to Dominique’s and she was working on getting her old laptop going that was a bit outdated and jammed up. She had spilled coffee on it’s keyboard a long time ago and hadn’t used it since. I suggested I go home and get my USB keyboard and wireless mouse to make things easier and we worked all the problems out of it which took most of the evening.

That was my day for another good one. Nice weather.