Gang Cuts Firewood, Van’s Gutter Gets Epoxied and the Pressure Washer Gets Fixed

I visit some firewood cutters

Yesterday when I was shooting the bull with Joe at his house he said he was going to cut some wood up the hill near where I live so I should come by for a visit.

I found him and his crew hard at it when I arrived just before noon. They were at Bryce’s house near a place called Mount Jackson which used to be a lookout tower. 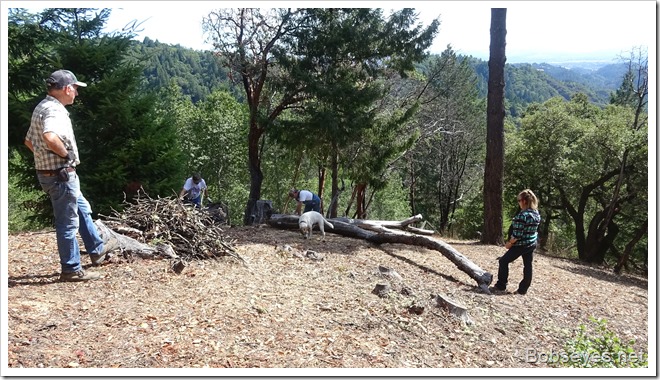 Up the hill with the wood

The bad part was they had to get the cut logs up the hill and it wasn’t easy and they were getting tired out fast. 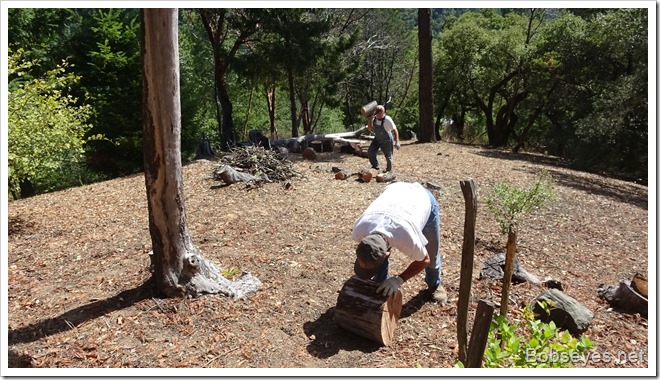 This is the hill they have to pack the wood up to the truck up there. 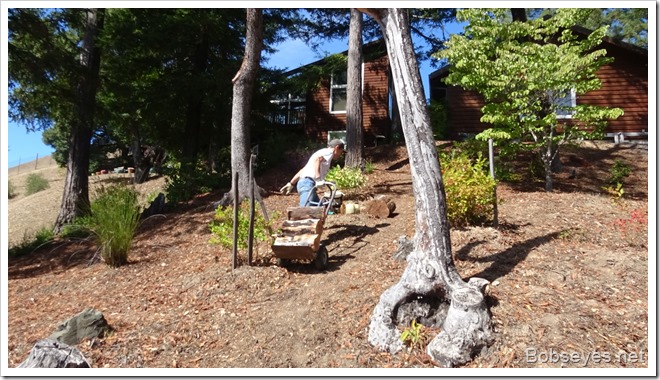 We stopped and had lunch on Brice’s porch. 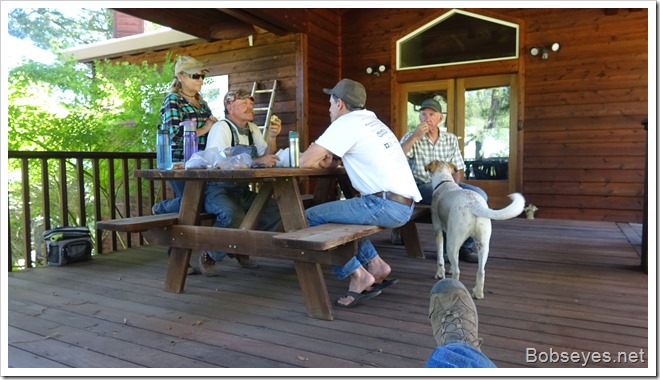 Too big for the hill

When they got back to it after lunch they decided the wood pieces were just too big and heavy to get up that hill. 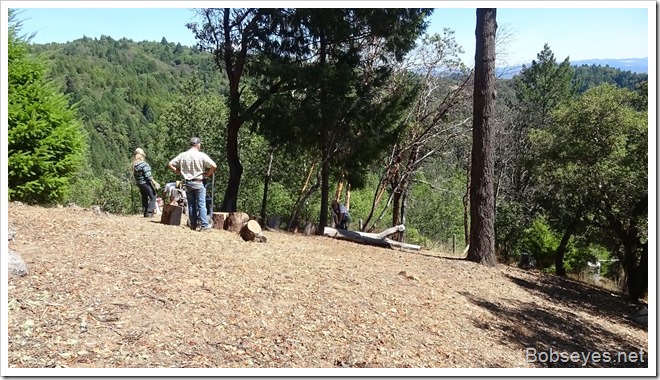 Brice was able to round up an old hammer and a couple wedges so they  split the wood up into smaller pieces to make it easy to take up the hill. 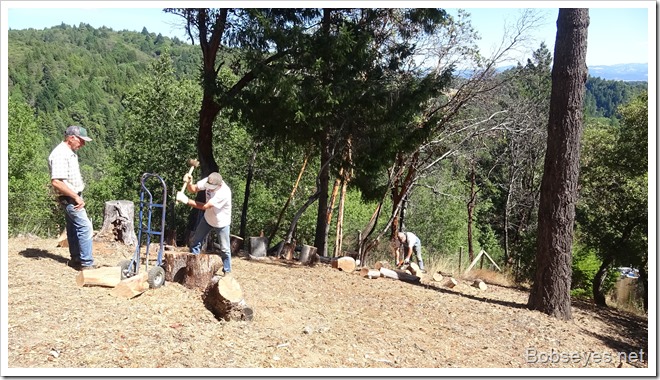 Joe continued to cut up the downed madrone tree. 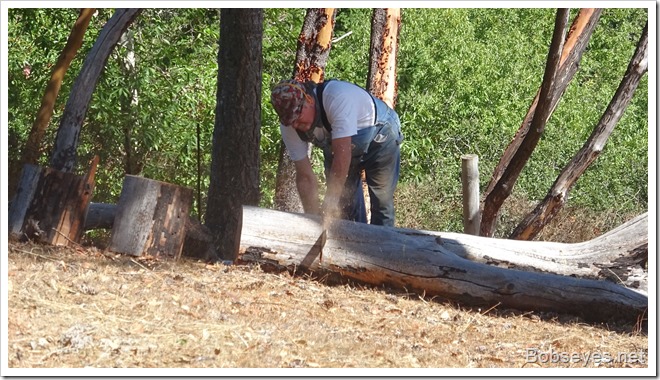 Once Joe was finished cutting up the wood, him and his girl friend started hauling wood up the hill. He pulled, she pushed. 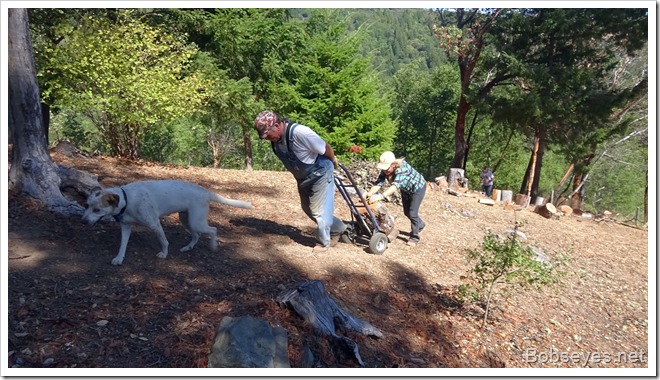 There was quit a view from the spot where they cut wood. That’s the Santa Rosa area down there in the back. 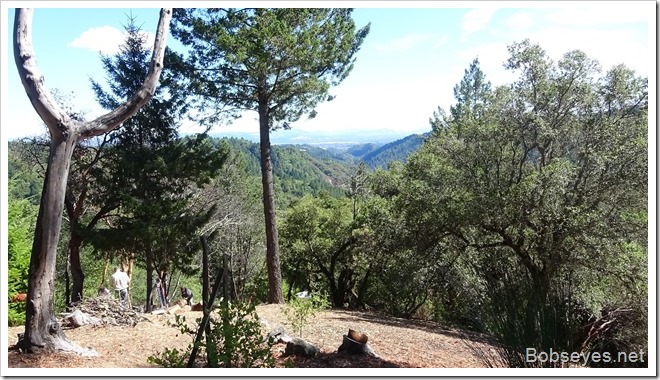 They were worn out about 2:30 when we all went on home for the day.

After a nap at home I went outside to think about doing some more epoxy work on the van’s leaky roof that I’d been working on.

I mixed up a big batch of epoxy and applied it to the leaky gutter area of the van’s roof top. 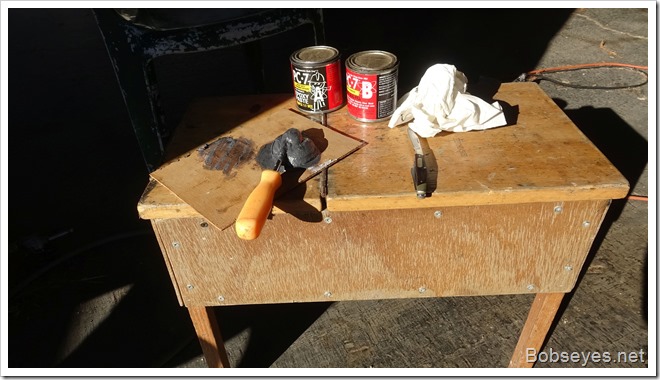 Epoxy in the gutter

I pushed the epoxy into the gutter and smoothed it out and now have to let it dry for a day. 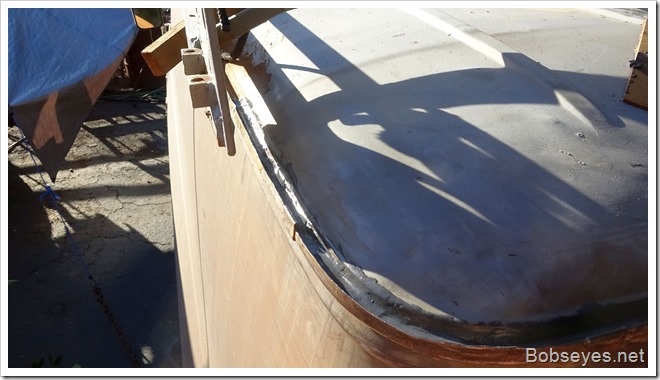 That was all I could do on that project until the epoxy sets up.

And that darn pressure washer problem

The pressure washer I’d been working on with no success was sitting there staring at me so eventually I decided to work on that one more time. I planned to hook a gas tank up so the gas was gravity fed to test out the fuel pump.

I  rigged the gas tank up above the carb temporarily and gave it a test. 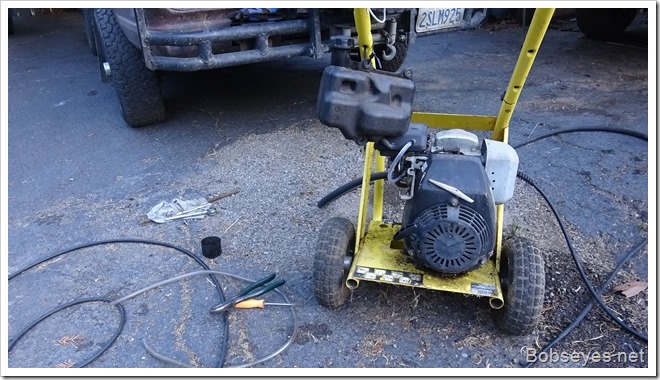 And that didn’t work

Unfortunately the engine would start right up, but when I accelerated the engine died within a few seconds.

We’d be better off with an electric one

I said not quite yet, let me think about this for a bit now that I knew some more information on it from my testing.

So I pulled up a chair and sat down for a break to contemplate the situation.

After doing some chair hopping around the yard, I was thinking maybe I had an idea. This machine has spent more than one winter outside and has taken in a lot of water, so maybe and just maybe the spark plug was steaming when the engine rpm increased that grounded the spark from water being in there.

So I pulled the plug and hunted through my junk to see  if I could find a plug similar to test it out. I found a new suitable platinum plug and installed it.

A couple pulls of the rope and it started up. I increased the rpm and it just kept running and running.

By this time it was almost dark, so I dropped everything right there and will finish putting things back together later.

Now that the pressure washer is working I can start cleaning up my old Toyota Land Cruiser.